When he began his soccer career years ago, Tim Howard had one simple goal – just to play the sport for which he had passion.

He never dreamt that he would make an impact as a team leader, game-changer, record-setter, spokesman and icon in what turned into a remarkable and legendary 20-year career for club and country.

It's hard to expect what your career is going to look like. You keep your head down, hope for the best and try to play well. There was a time in my career where all I was doing was trying to survive to the next week and play well on Saturday's so I can play next weekend.
Tim Howard

Make that countless weekends. Since making his first save against his current club, the Colorado Rapids in 1998, Howard has played professional games for the MetroStars (now the New York Red Bulls), Manchester United and Everton and of course, for the U.S. Men's National Team. Including regular season, cup, playoff games and international caps, Howard’s last game on Sunday at LAFC will mark his 815th career appearance. 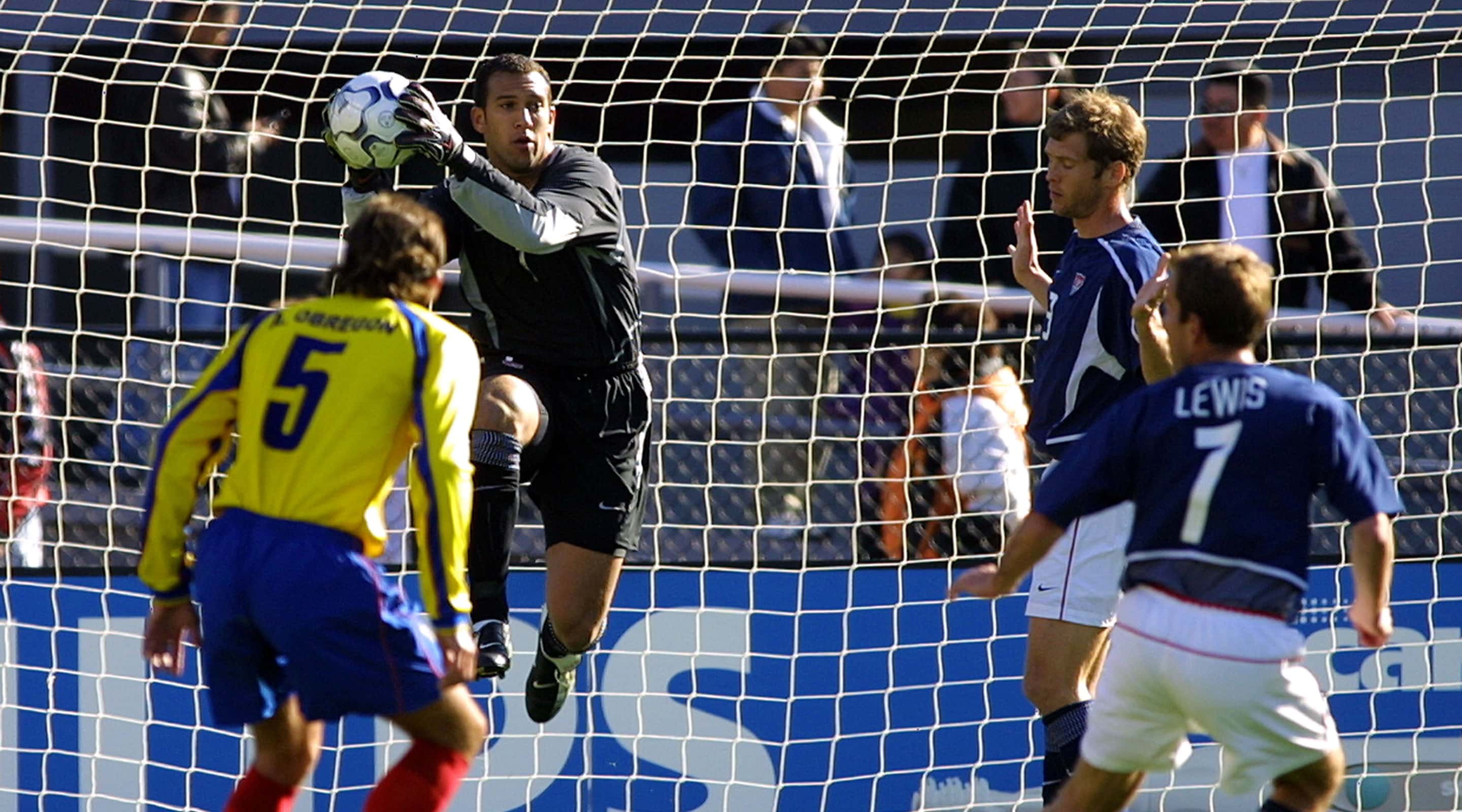 "No one is surprised because he always had the ambition," said JD Martin, who lived down the street from Howard while growing up in North Brunswick, N.J. "He's had this work ethic. You usually see this guy who has all this athletic ability who just sits on that. You talk to Tim about soccer and the guy knows everything about it. He's just been a student of his position and the game. He's a pretty polished guy in the board room. I've been always motivated by him and inspired by him."

Like many children, Howard started as a recreational player in North Brunswick, N.J. and was turned into a goalkeeper against his wishes, according to his mother Esther, before turning into the most dominant American goalkeeper of his generation.

His accomplishments just might break the internet: A U.S.-record 121 international appearances for a goalkeeper, MLS goalkeeper of the year at the tender age of 22 in 2001, the 2009 FIFA Confederations Cup’s Golden Glove award (especially after the USA stunned top-ranked Spain in the semifinals), U.S. Soccer Male Athlete of the Year twice (2008, 2014) and three World Cups.

Howard also leaves the game holding USMNT records in starts (119) and wins (62), while sitting second behind only Kasey Keller (47) in shutouts (42). He also stands with fellow 2019 retiree DaMarcus Beasley as the only two players to make appearances for the USMNT during 16 calendar years. 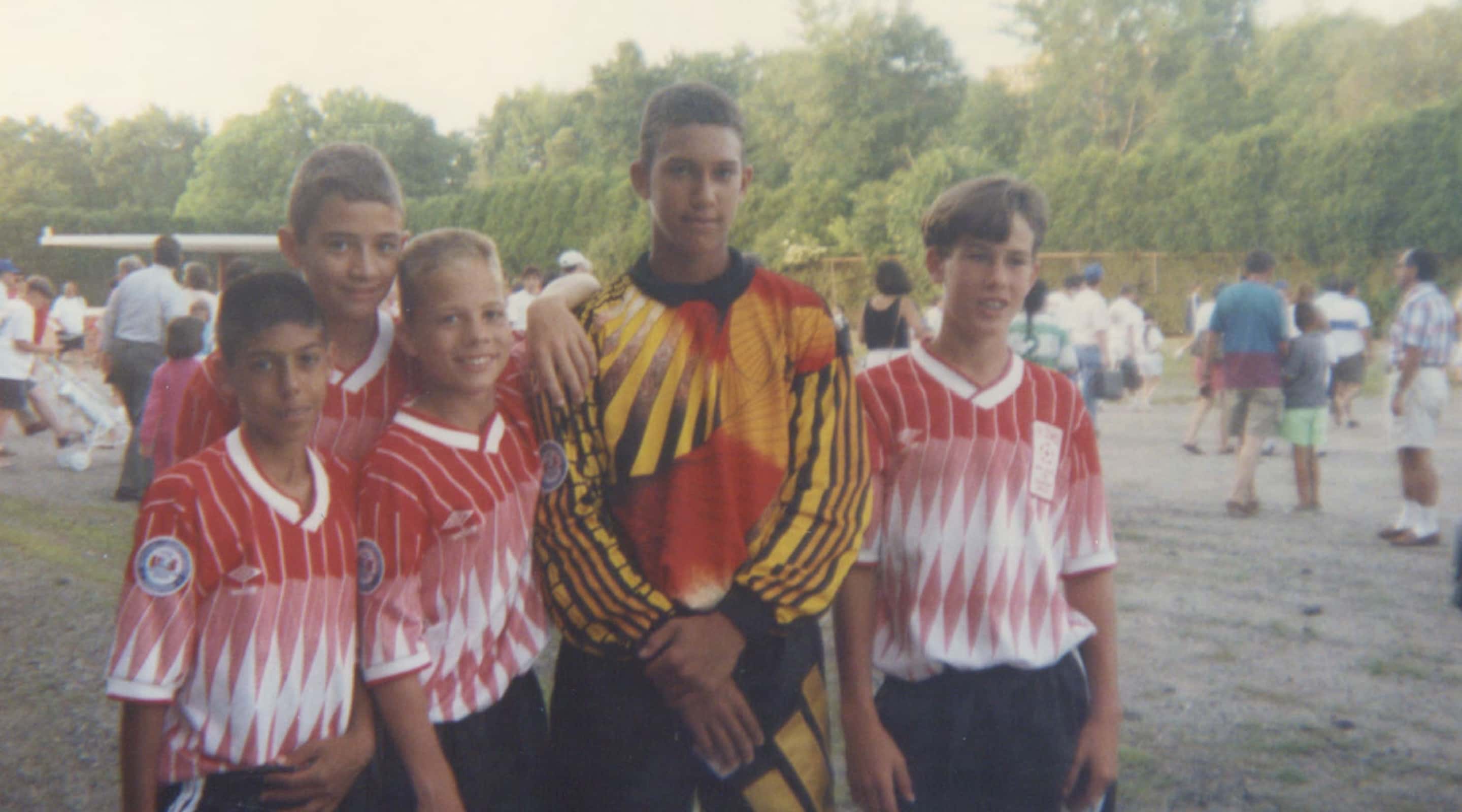 
His technique was raw and he had to learn, but what he possessed athletically was something I had not seen before in a youth goalkeeper. His mom said it may be difficult to continue to get him there. We worked out an arrangement. We've been together ever since.
Tim Mulqueen

First with the North Jersey Imperials and then with the MetroStars, the Tims remained friends the past three decades.

"I find it really hard to put it into words," Mulqueen said about the bond between him and Howard. "Our relationship is very close. It's beyond player-coach. We refer to each other as brothers. To see him at St. Joseph’s at 12 and then turn on the TV and watch him play for Manchester United and Everton and then watch him make 15 saves against Belgium [in the 2014 World Cup]. It's like a proud father watching your child grow up to what you had hoped they would be." 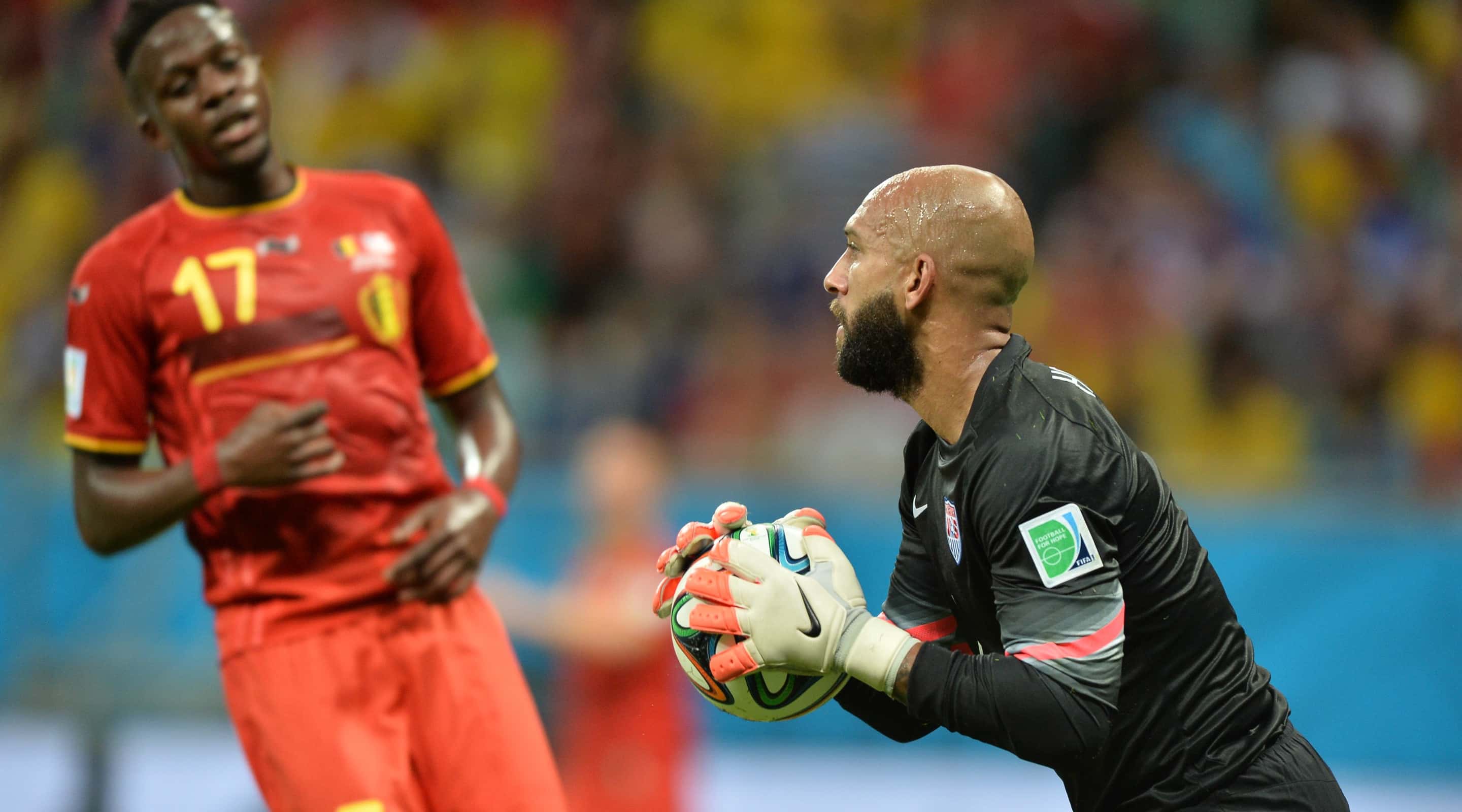 Despite his God-given ability, Howard never expected anything to be given to him on a silver platter.

"It was clear from the start that Tim was athletic," said former U.S. international Tony Meola, a former MetroStars teammate and roommate. "He had a joy for the position. He wanted to learn. He worked really, really hard. It was pretty refreshing to see a young kid. He was a sponge. He was always asking questions."

Howard's pro debut came about when Meola served a game suspension in a 4-1 victory over Colorado on Aug. 18, 1998.

During the pregame huddle, midfielder Tab Ramos (now head coach of the U.S. Under-20 Men's National Team), told his 19-year-old teammate: "This is not the most important game you're going to play."

Another message came afterwards, which was taped to Howard's locker. "Tim. Great job. Had to go. Tony Meola."

"I'm going to save that, for sure," Howard said at the time. "It meant a lot for me for him to stay that. The guy was very, very supportive, more than I expected."

It hasn't always been smooth sailing for Howard, who lost his position at Manchester United after a botched save during a UEFA Champions League game in 2005.

"It wasn't exactly rainbows and sunshine all the time," Mulqueen said. "I mean, being dropped from teams and being told by United they were going in a different direction and then having to restart his career at Everton. Talk about a guy who persevered and really stood up and over the test of time was consistently at a great level. To me, it makes a great player."

A perfect weekend: three points and three soccer-loving #HowardsHeroes! I loved meeting Cole, Josh and Zoe, who all have been living with TS for a number of years. These kids are fighters. Also, shout out to Faith from @NJCTS and thanks for all you do! pic.twitter.com/GP5wtcfkZm

"For the younger kids to see him and see that it doesn't have to be 100 percent negative," Esther Howard said, remembering what her son said about a decade ago: "You know what, at this point, if I was given the opportunity not to have it, I'm not sure I would give it up because it shapes who I am and it’s such a part of who I am."

Esther added: "That was impressive."

At a recent Rapids home game, Martin saw first-hand how Howard has handled himself in front of youngsters who have Tourette's. Howard talked to a 10-year-old who had Tourette's and his family after the match in a session called Howard's Heroes.

"The parents got to ask Tim some questions," said Martin. "He's telling his story, but the kid doesn't really know because he’s so young. The parents are looking for somebody to relate to their situation because they're scared about it. They don't know what's going to happen at school. He said to the kid, 'That's my best friend, JD. He doesn't care that I have TS.' ... He has given a lot of people a lot of inspiration."

Like many mothers, Esther Howard beams with pride about her son. His on-the-field accomplishments speak for themselves. But it’s what he has achieved off the pitch that has been more impressive. 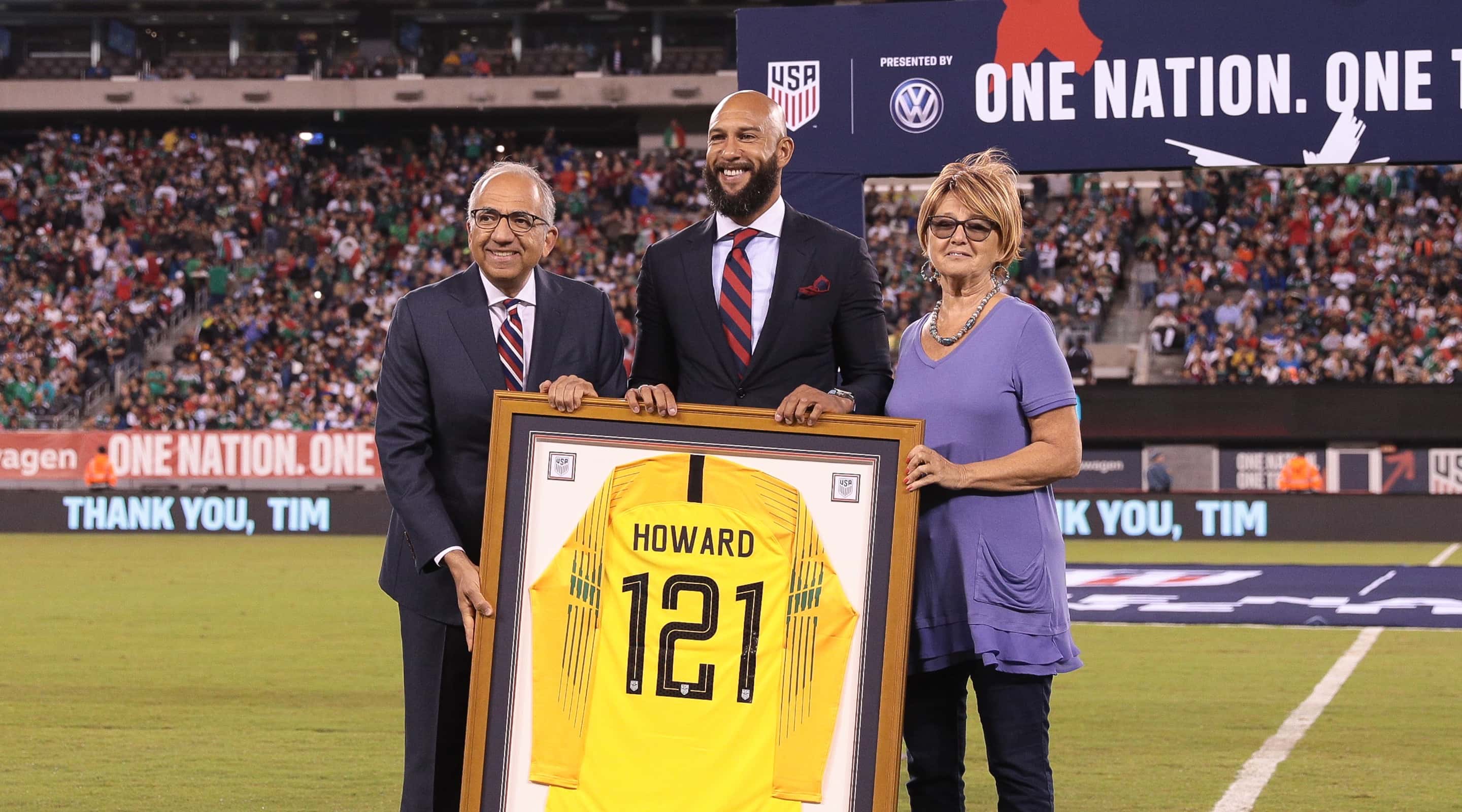 Tim Howard joined by his mother Esther and U.S. Soccer President Carlos Cordeiro prior to the USMNT’s match against Mexico on Sept. 6, 2019 (ISI Photos)

"I'm extraordinarily proud of him," she said. "First of all, the person that he is, the man that he is. He is such a good soul. He's a wonderful dad and I admire the way he parents his children. Even though he and Lauren got divorced when the kids were young, he made every effort [to be there]. Sometimes he would travel 20 hours to spend half the day with them. It's going to be really, really good for him, now that he's retiring to be there with the kids."

When United discarded Howard, Everton manager David Moyes brought him to his side on loan in 2006 before the club purchased his contract a year later. Howard found a home in Liverpool and thrived, making 354 appearances, and even scoring a goal, from 2006-2017.

"My biggest memory, Tim, will not be the games, it will be about you," Moyes told ColoradoRapids.com. "It will be about the way you conducted yourself, your training, the way you supported me, the way when you played here you played for the club as much as anybody and how much you loved it. I don't think that will ever die, that will go with us for a long time.

"We wish you all the best and I look forward to seeing you in the future. The one thing for sure that you have is a really bright future ahead of you."

Howard might be hanging up his gloves, but he's ready to get his hands dirty in other aspects of the beautiful game. He will continue TV commentating.

As part owner of Memphis 901 FC, a first-year USL expansion side, Howard also will help forge the team's future.

"My biggest passion is ownership," he said. "They have allowed me to use my soccer knowledge to help build a team, build an organization. As I move back to Memphis, my role will expand. I will be in the office every day and whatever that looks like, speaking to agents, trying to attract players, operational side of things, sorting out stadium ops, training grounds, I'll be very hands on."

Hands on, huh? Perfectly stated by the consummate goalkeeper.