Group of Nine Will Join USMNT Camp in Orlando; Five Players Currently in Pre-Camp to Depart for U-23 MNT Later This Week
November 7 2019
On the Pitch

Headlining the list of European-based players set to join the team in Orlando are regulars Christian Pulisic (Chelsea) and Weston McKennie (Schalke) Meantime, Ajax defender Sergiño Dest would make his commitment to represent the United States in international competition official if he appears in either match.

Tickets as low as $25 are on sale through ticketmaster.com. [Note: Tickets are not sold at Exploria Stadium except on the day of the event.] Groups of 20 or more can order directly at ussoccer.com. Ultimate Fan Tickets (special VIP packages that include a premium ticket, a custom-made official U.S. National Team jersey with name and number, VIP access to the field before the game, and other unique benefits) are also available exclusively through ussoccer.com.

Taking advantage of having many domestic-based players in the midst of their offseason, the USMNT began a pre-camp for the matches this week, bringing together 20 players for training in Bradenton, Fla.

After a week in Bradenton, the USMNT will shift to Orlando on Sunday. The final list of players eligible for selection for this month’s decisive matches – including any participating in MLS Cup – will be confirmed Monday.

“We are happy to be able to call on this core group of players, especially with the significance of these upcoming matches.” Berhalter said. “They have been performing well for their clubs, and we look forward to preparing to get the results we need against Canada and Cuba. As competitors, these are the moments you relish. We will be ready.”

Part of the current camp, defender Mark McKenzie, midfielders Brenden Aaronson and Djordje Mihailovic, and forwards Jeremy Ebobisse and Jonathan Lewis will depart the group later this week to join the U-23 MNT as they continue their preparations for next spring’s Concacaf Olympic Qualifying Championship. The U-23s will participate in the United International Football Festival featuring Argentina, Brazil and Chile in the Canary Islands from Nov. 7-17.

In order to qualify for the knockout round of the inaugural 2019-20 Concacaf Nations League, the USMNT must win both of its matches this month and make up a three-goal differential on current Group A leaders Canada. The USA will look for revenge when it takes on Les Rouges on Friday, Oct. 15 at Exploria Stadium in Orlando (7 p.m. ET; ESPN2, UniMas, TUDN). The team will then close out group play with a neutral-site match against Cuba on Tuesday, Nov. 19 at Truman Bodden Sports Complex in George Town, Cayman Islands (7:30 p.m. ET; FS1, UniMas, TUDN).

This list features players who have currently been called into camp. Newly added players are bolded

WIN TO GET IN

Holding its destiny in its own hands, the path for the United States to advance to the knockout stage of the inaugural Nations League is clear: win both remaining matches and achieve a superior goal differential. Canada is on top of the group with nine points and a plus-nine goal differential, largely on the strength of scoring seven times in two games against Cuba. The U.S. notched seven of their own the first time around against Cuba and will need to keep their foot on the gas. First up, however, is a massive rematch against the Canadian team that ignited their home crowd and support across the nation with a 2-0 win on Oct. 15 in Toronto, their first against the United States in more than three decades.

While this pool of players continues to gain international experience – seven of them played their first away match in official Concacaf competition last month in Toronto - the USMNT is no stranger to the away-home scenario in group play. In the semifinal round of qualifying for the 2014 FIFA World Cup, the U.S. played and lost in Jamaica before returning home four days later to collect a 1-0 win in Columbus. Four years later, it was the same circumstance and the same outcome against Guatemala, only this time the Columbus faithful witnessed a 4-0 shutout.

While the Nations League isn’t exactly the same as the old semifinal round of World Cup qualifying, it does offer some insight into how teams deal with defeats at this stage of the process and their prospect of advancement. Going back to the 1998 World Cup Qualifying cycle, 14 of the 18 Concacaf teams that qualified for the World Cup lost at least one away game during the semifinal round, demonstrating that these are common bumps in the road on the way to earning a place at the FIFA World Cup.

USMNT attacker Christian Pulisic will come to USMNT camp riding the momentum of some standout performances for English Premier League side Chelsea FC the past few weeks. Pulisic has amassed four goals and one assist in his last five matches for the Blues, helping the club to fourth place in the Premier League and to the top of its UEFA Champions League group. Pulisic contributed the late, game-winning assist in a 1-0 Champions League victory at Ajax on Oct. 23, before becoming the youngest player in club history to record a hat trick in a 4-2 win at Burnley just three days later. Over the weekend, Pulisic put his name back on the scoresheet for Frank Lampard’s side, tallying the game-winning goal in the 55th minute in a 2-1 triumph at Watford. In this past Tuesday’s wild 4-4 draw against Ajax, he earned a penalty and helped set up Chelsea’s second goal.

Just over a week ago, U.S. Youth National Team prospect and current Ajax defender Sergiño Dest announced that he would continue playing internationally with the Red, White and Blue after his birth country of the Netherlands showed recent interest in bringing him into their senior team fold. Having represented the United States at the 2017 FIFA U-17 World Cup and 2019 FIFA U-20 World Cup, Dest earned his first two USMNT caps during the team’s September friendlies, but should he appear in either of November’s Nations League contests the recently turned 19-year-old will officially be cap-tied to the United States. Dest has made a strong rise with Ajax in recent months, locking down the starting spot at right back and appearing in 15 Eredivisie and UEFA Champions League matches combined, registering three assists in the process.

Weston McKennie is coming off a record-setting performance against Cuba, registering the fastest USMNT hat trick from the start of a match. Notching his first goal with just 32 ticks on the clock – bested only in speed by Clint Dempsey’s goal against Ghana in the 2014 FIFA World Cup – he also tallied in the fifth and 13th minutes of the 7-0 victory on Oct. 11 in Washington, D.C.  McKennie is tied for the Concacaf Nations League A scoring lead along with Junior Hoilett (Canada), José Juan Macías (Mexico) and Nahki Wells (Bermuda). 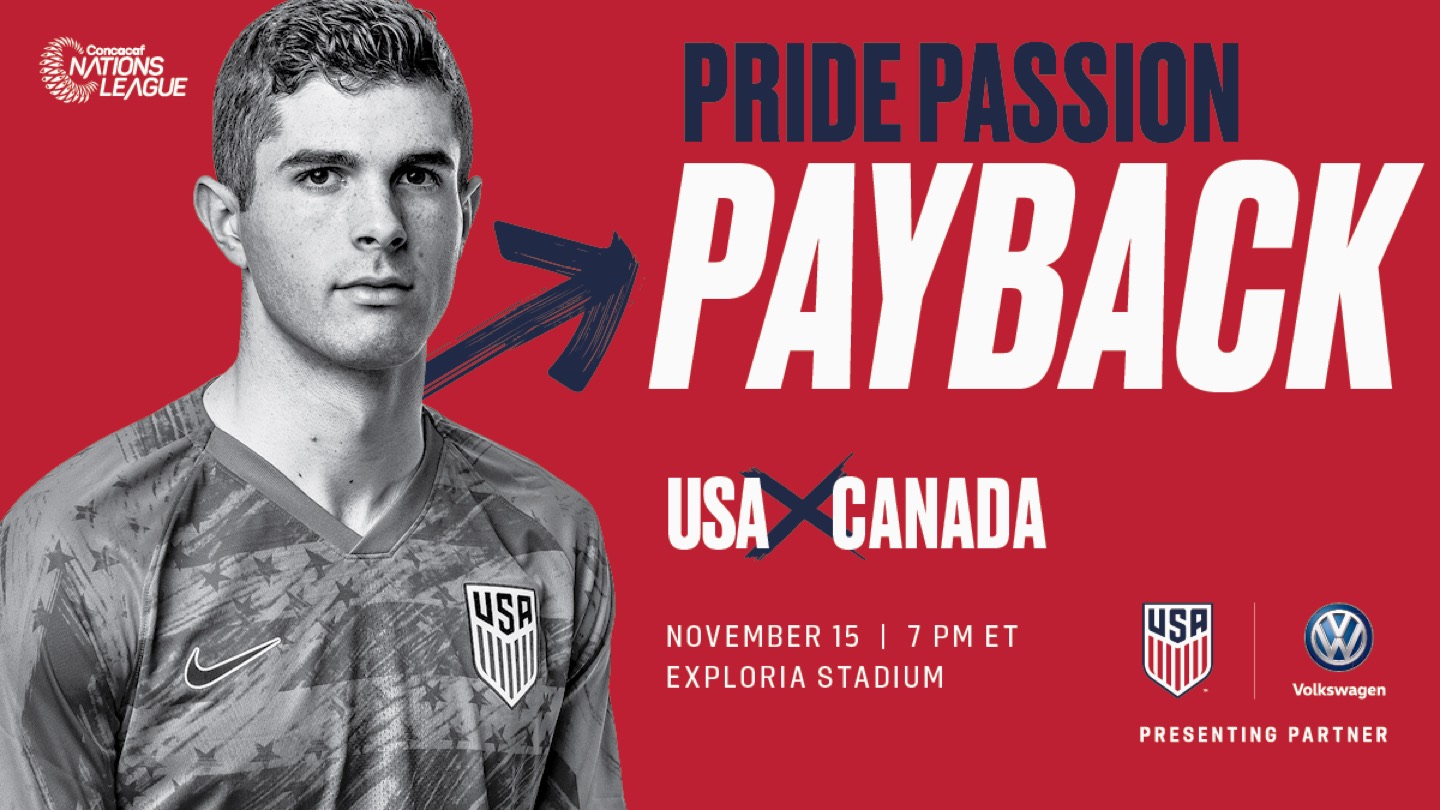