“I remember talking with [then USMNT head coach] Jurgen Klinsmann in that camp and it almost felt like it was a reward for having a good MLS season,” Besler recently told ussoccer.com. “It was my first taste of the national team, but it was standalone friendly so a very short camp. I thought I did fine in training, but in those types of camps it’s hard to really show who you are as a person and a player.”

Though an unused substitute in the match, Besler got a front-row seat to the USMNT’s historic 1-0 victory – it’s first at the famed Mexican venue. The experience gave him a foot in the door, but his first cap would have to wait.

“I walked away from that camp grateful for the opportunity and experience, but I was hoping eventually I would get another chance to show myself and what I was capable of doing.”

The opportunity came in January 2013, where a month-long camp in Carson, Calif., preceded a friendly match in Houston against regional foes Canada. Along with getting another chance with the senior team, the length of the camp gave Besler confidence when it came to showcasing his best attributes.

“My style as a player and a person, I don’t think I’m ever going to absolutely dominate a game,” he said. “I think I’m a player that you have to see on a consistent basis -- how I’m able to handle myself in training, warmups, off the field, how I can impact the team in training, the competitive nature of the drills -- all that stuff. 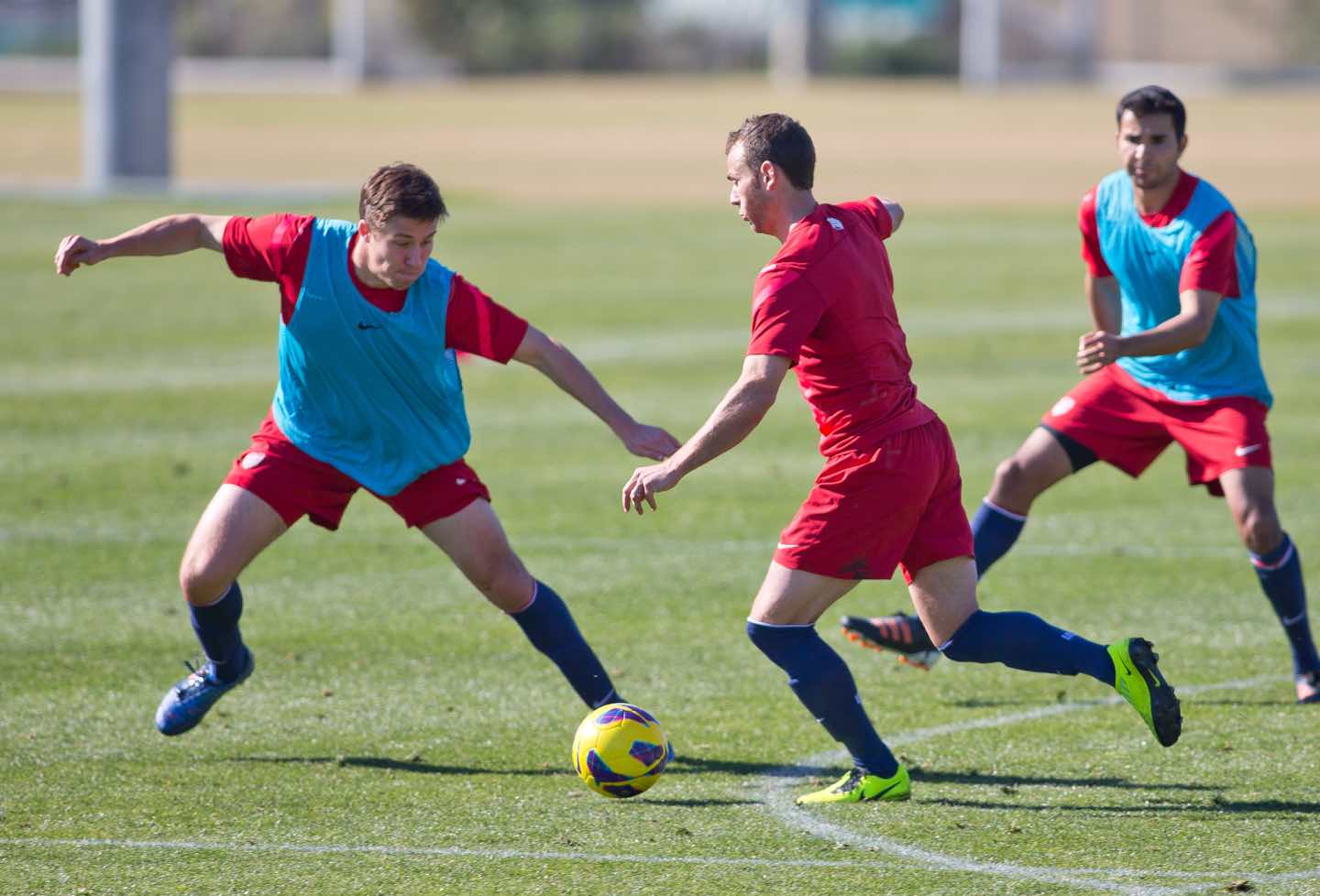 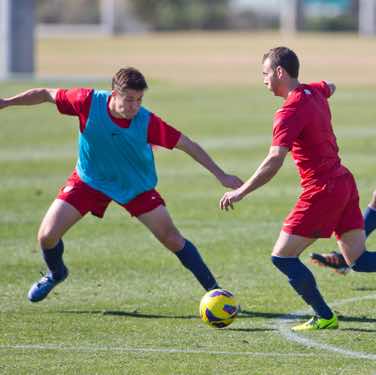 Matt Besler during a January Camp training session in 2013

“I knew January Camp was going to give me the opportunity to show those qualities, and I pretty much knew going in that this was my best chance to show what I can do.”

Taking things day by day, Besler tried to take in as much as possible from the experienced players around him. He went on to earn his first cap and help keep the clean sheet in the camp-ending friendly against Canada at the end of the month.

“I felt good about what happened in that January Camp. The first call-up for the Mexico friendly was one step, and then going at it for a month in camp and playing my first game was another. It gave me a lot of confidence and assured myself that in some capacity I belonged in the player pool.”

While he was part of the camp leading up to the match Besler didn’t make the gameday squad for team’s opening match of the final round of World Cup qualifying a week later in Honduras. The 2-1 defeat in San Pedro Sula combined with some unsettling media reports about the team put immense pressure on the group going into its set of matches the next month – a home tilt against Costa Rica in Denver and a visit back to Estadio Azteca to face Mexico. 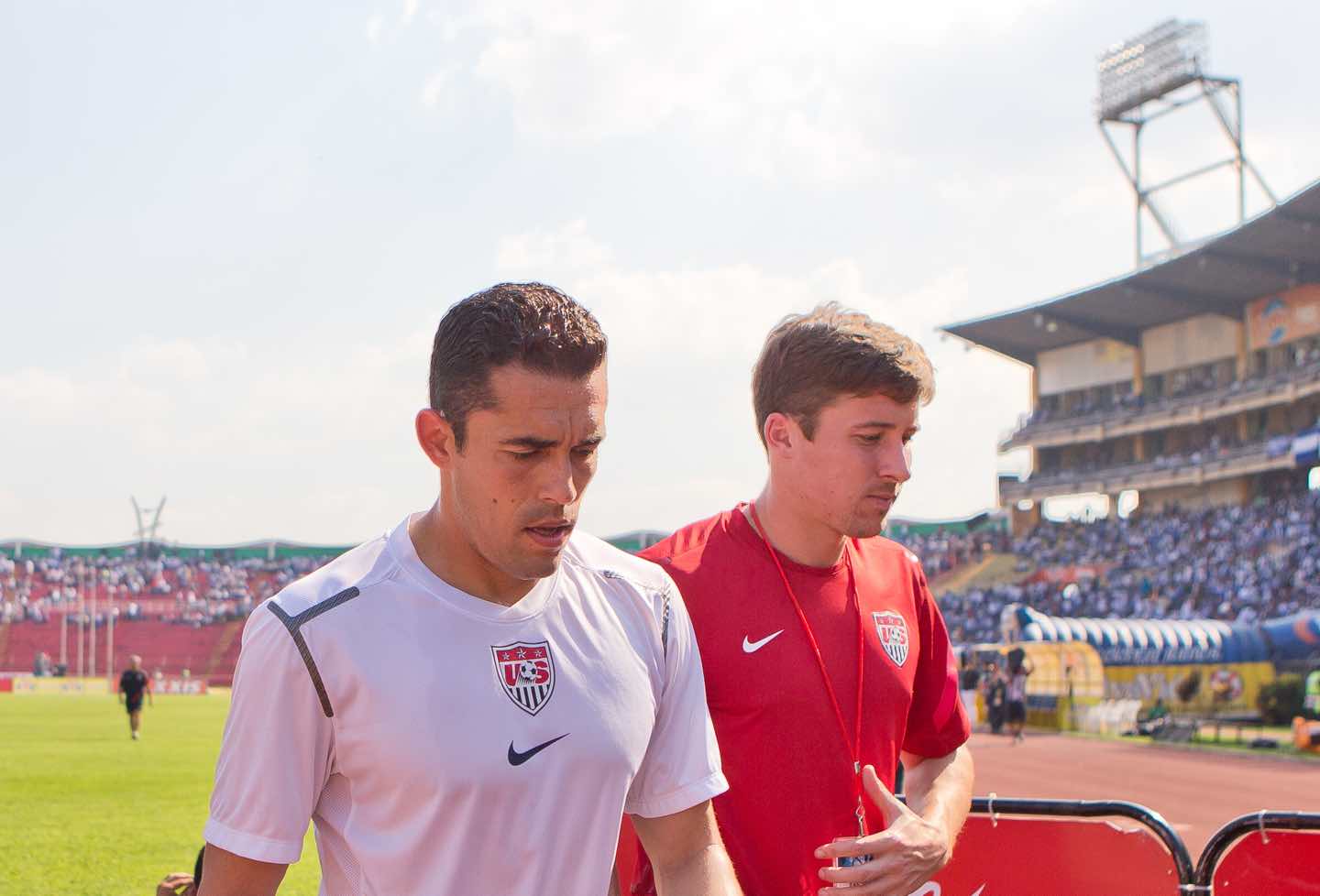 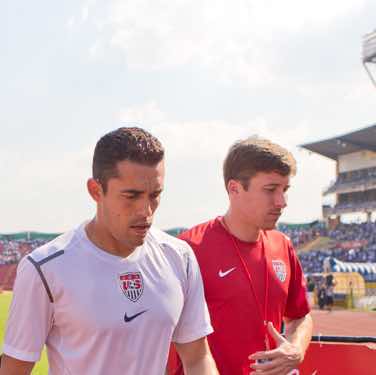 Matt Besler traveled to San Pedro Sula, but was not part of the gameday roster for the USMNT’s 2-1 defeat to Honduras on Feb. 6, 2013

Returning to the team for the pivotal set of matches, Besler took another step by making the bench for his first World Cup qualifier and witnessing the memorable “SnowClasico” 1-0 victory on March 22, 2013 against Costa Rica.

While gaining three points was the most vital for the team in that match, an injury to veteran center back Clarence Goodson opened the door for Besler to earn the start four days later, back at the gauntlet of Estadio Azteca. 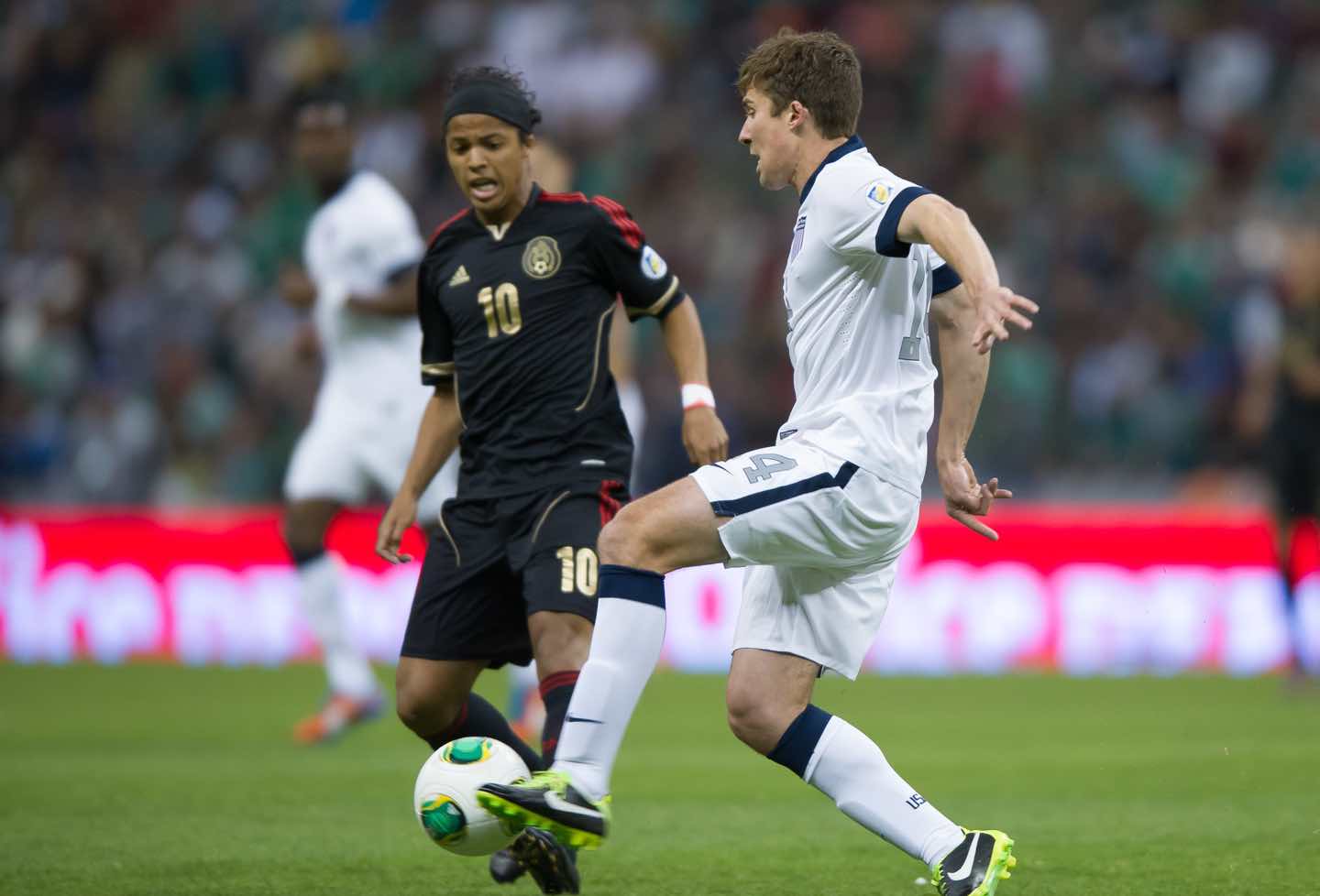 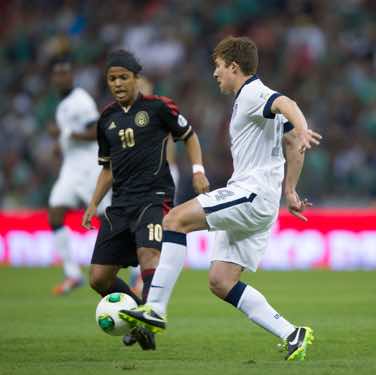 Matt Besler challenges Giovani dos Santos during the USMNT’s 0-0 draw with Mexico on March 26, 2013 at Estadio Azteca in Mexico City

Facing a Mexico team that started the round with two disappointing draws, Besler worked with a backline of Geoff Cameron, Omar Gonzalez and DaMarcus Beasley to continuously frustrate El Trí, on the way to earning an important 0-0 draw and wide praise for his performance.

He went on to start five of the team’s remaining seven qualifiers that cycle, help the USMNT lift the 2013 Concacaf Gold Cup and guide Sporting KC to the 2013 MLS Cup. A year later, he started each of the team’s four matches at the 2014 FIFA World Cup in Brazil. 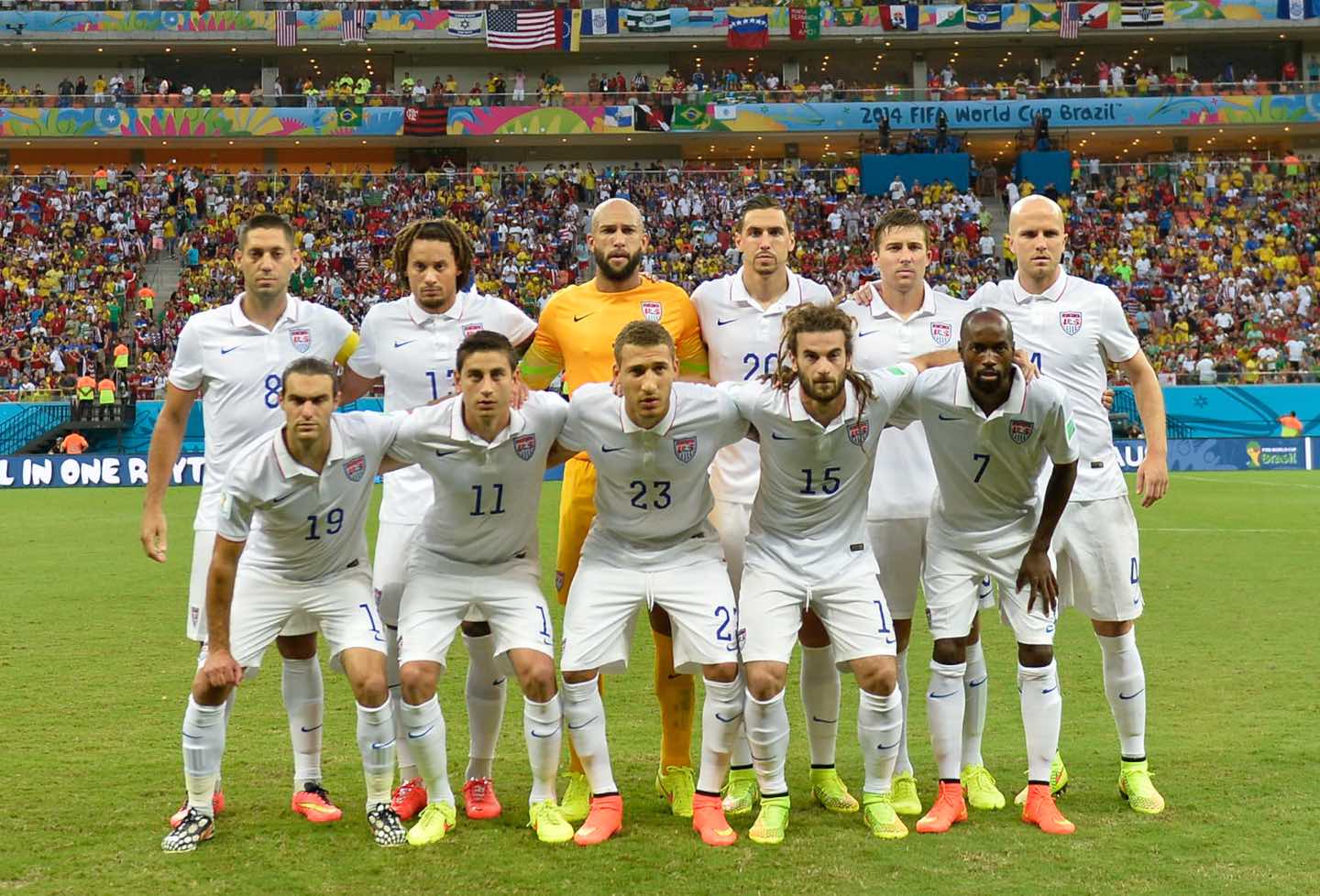 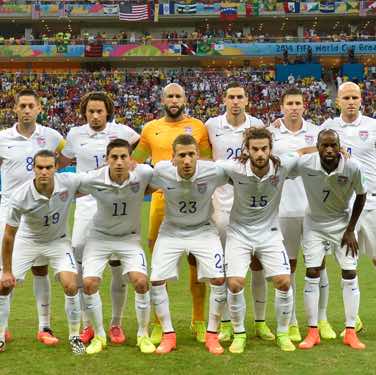 Matt Besler (top row, second from right) and the USMNT starting XI for the 2014 FIFA World Cup match against Portugal on June 22, 2014 in Manaus, Brazil

“You never know what’s going to happen with opportunities, roster decisions and injuries. If you show well, things can progress very fast and you can be part of the team.”

Years later, Besler credits the work he put forward that January with the quick spike in his international career, and he has well-informed advice for the group of young players making their way through the current January Camp.

“Have a level head. Any time you’re involved with the National Team, getting to be around that environment and represent the U.S., that’s the pinnacle of your career. I don’t want to downplay that opportunity because it’s such a big one. Try to take in as much as possible, be yourself, show your personality. It is a January Camp, hopefully all those players will get multiple opportunities to show what they can do, but things can happen very fast.”