“It’s good to have some clarity now,” said Gregg Berhalter with an audible sigh of relief, following Wednesday’s Concacaf qualifying draw for the 2022 FIFA World Cup in Qatar. With the picture now indeed clearer, the U.S. Men’s National Team head coach, heading into his first qualifying campaign at the helm, can begin working the Xs and Os, the necessary minutiae of management, to bring the USA back to the world’s biggest stage after missing the party after seven-consecutive appearances. “We’re looking forward to the challenge.”

Those challenges are many in the Concacaf zone, comprised of North, Central America and the Caribbean sub-regions. Travel is long and rarely direct. Venues vary in quality. Pitches can be bumpy and grass long. Ask anyone who’s been on the road to the World Cup via Concacaf and they’ll tell you. Bumpy is a best all-around modifier.

The 47-year-old Berhalter, who took part in two qualifying cycles as a defender ahead of the 2002 and 2006 World Cups, isn’t wearing rose-colored glasses at the outset. “In Concacaf every game is challenging,” he said during the media conference call. “There’s pressure in every game.”

Following the Draw, conducted remotely at FIFA House in Zurich, the stars seemed to align to offer Berhalter and his Americans an opening challenge with ominous – though potentially inspiring – overtones. Should Trinidad and Tobago win their preliminary Group F (consisting of minnows St. Kitts and Nevis, Guyana, Puerto Rico and the Bahamas) and then top Group A favorites El Salvador in a home-away play-off in March 2021, it would mean the U.S. would begin their 2022 campaign on the road in that dual-island nation where it all went so dramatically wrong last time around.

With the Covid-19 pandemic shrinking the window of time in which to play games, the format for the 2022 qualifying competition in Concacaf puts eight teams in the final round (whittled down from 35 at the outset) rather than the usual six-team Hexagonal format. While sure to throw up its own challenges, the draw sees the USA’s away fixtures against Mexico and Costa Rica – traditionally among the most challenging contests – coming late in the process (Mexico in January 2022 and Costa Rica in March 2022 – two of the U.S.’ last three fixtures).

“We have Mexico and Costa Rica toward the end,” said Berhalter, hoping his side ends up among the three countries from the region to book direct passage to the 2022 World Cup (fourth place faces an intercontinental playoff) “I think we have 11 games before that to get the group used to playing. If you can take care of all your business before those games [against Mexico and Costa Rica] you can be in a very good position.”

For Berhalter and Co. just getting back on the field is a victory of sorts. Due to the uncertainties caused by the Covid-19 pandemic, the U.S. Men’s National Team hasn’t played a game, or been together to train, since February. The team’s European-based players haven’t been available since last November’s Concacaf Nations League wins against Canada and Cuba.

“It’s been difficult this year, not being able to get the team together. But it’s been frustrating for everyone in all walks of life,” the coach said. “For us it’s about trying to get back to playing in the fall in a safe way. Having a schedule now gives us a beacon and a guiding light. It’s a year and a half to 2022 – everything we’re doing is to get to that tournament in Qatar in 2022.”

So, the goal is clear. It’s there in 2022 in the Gulf State of Qatar, and it’s beckoning the Americans. It’s there in Berhalter’s voice too, and in the calm exhibited by veterans like Tim Ream, and the young ones taking their first steps into the wild environs of World Cup qualifying in the Concacaf zone.  “It’s all a little different this year,” said Pulisic, a shining light for this U.S. Men’s s National Team. “We have a really good group of guys who are really hungry. And we just want to be in that next World Cup…”

Return to the Scene?

“The potential to face Trinidad [and Tobago] in the first game, and away from home, is a nice storyline,” said Berhalter, deflating the meaning of the potential opener, keen only to see the forest for the trees. “But we’re focused on much bigger things – we’re focused on the total package of qualifying for the 2022 World Cup.” 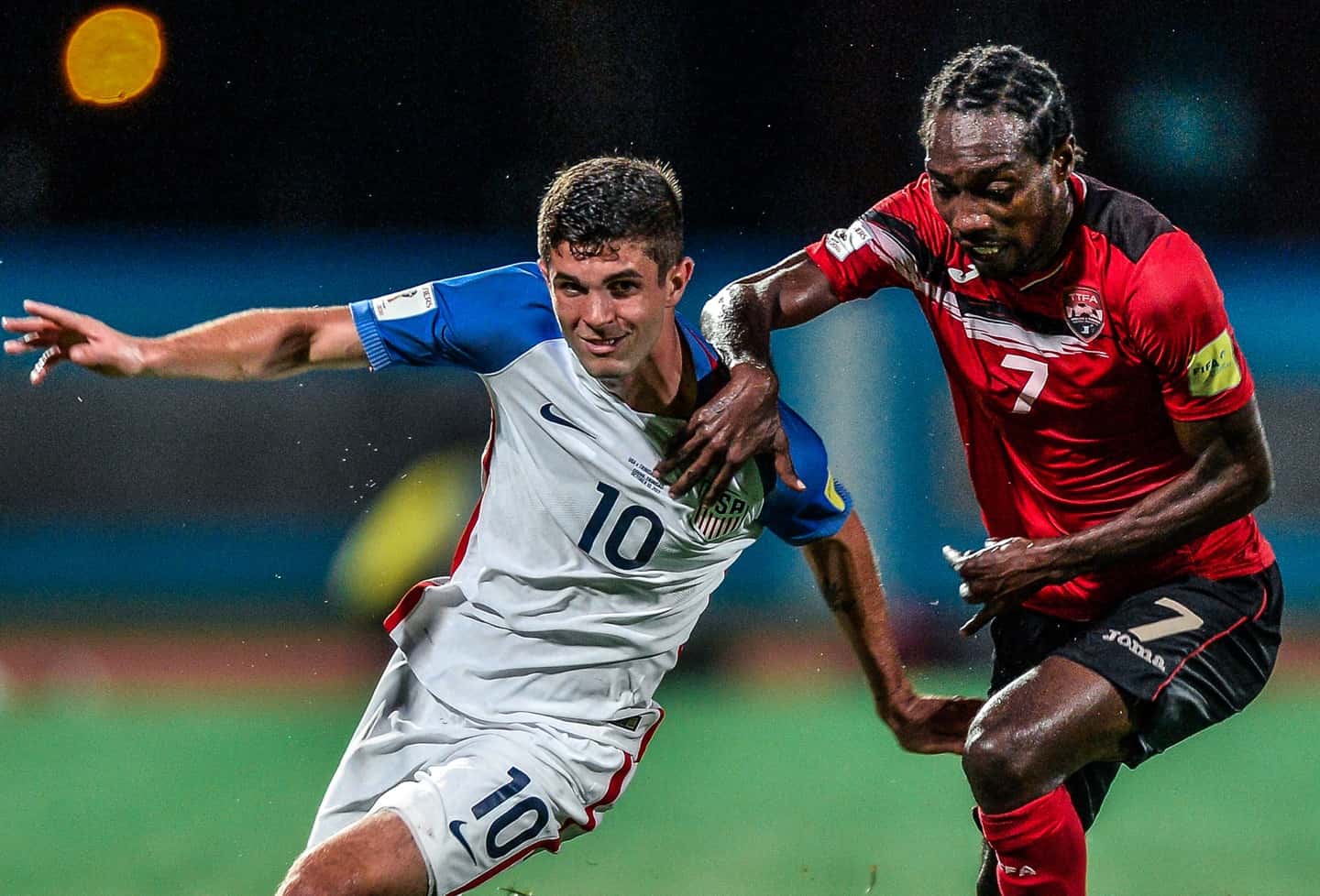 While Berhalter took no part in the 2-1 loss in October 2017 that saw the U.S. fail to reach the World Cup for the first time since 1986, Tim Ream and Christian Pulisic were both there on the heavy Ato Bolden Stadium pitch in Couva when it all came apart. Ream, a veteran defender who recently helped guide Fulham to promotion to the English Premier League, was diplomatic in his response, but there’s still a clear sense of unfinished business. “We’re going to have to play everybody at some point,” said the 32-year-old Saint Louis native. “But yeah, it’s interesting that, if T&T makes it through, we’ll end up facing them away, and first, and there will definitely be a little bit of a revenge factor there.” 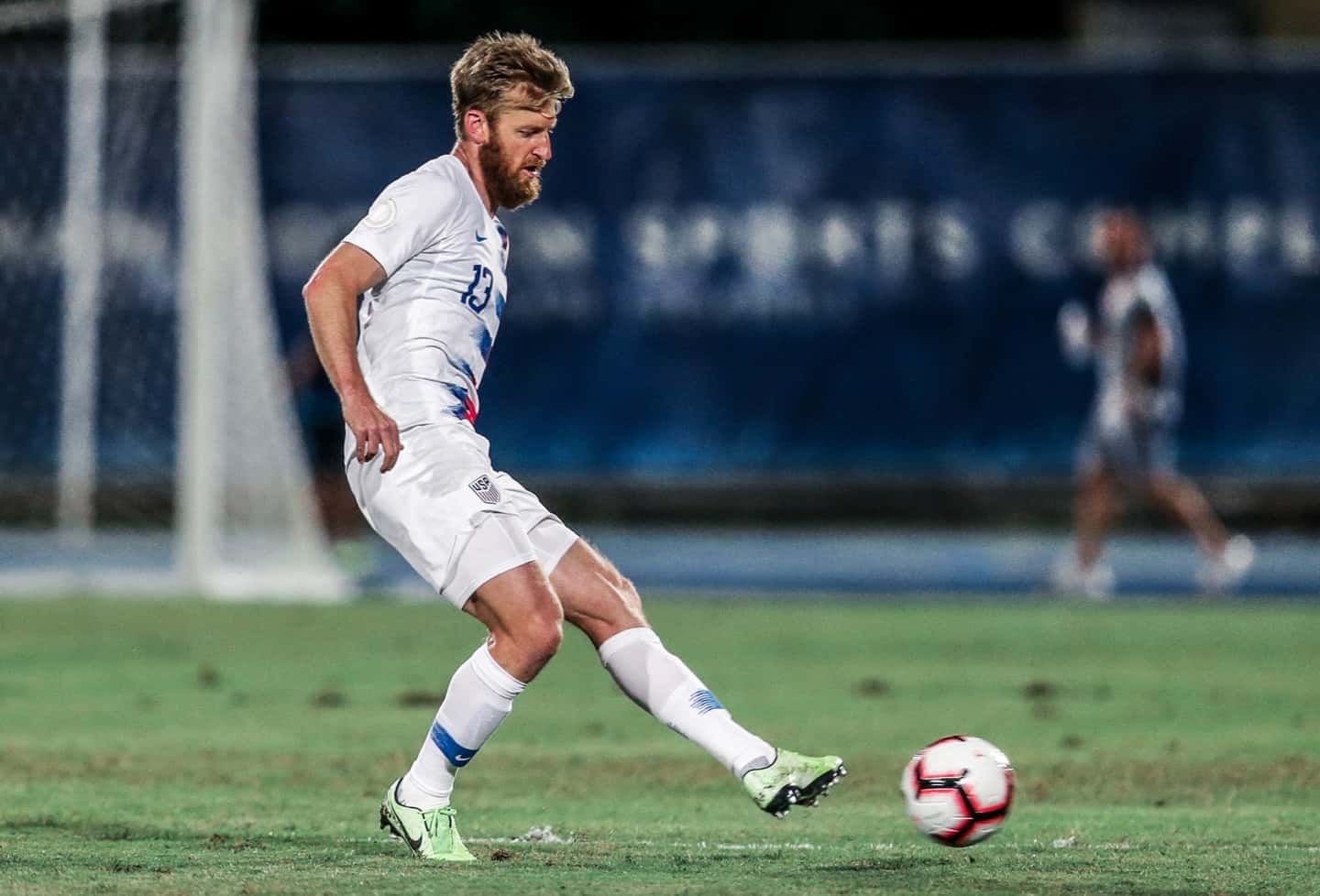 Christian Pulisic’s tears on that night in Couva three years ago, when he was still just a teenager, rank among the indelible images of the USA’s ill-fated 2018 qualifying run. Now among the very best of the attacking players at English side Chelsea – and in the Premier League at large – he’s clear-eyed and ready. “We all know what happened there last time [in Trinidad],” said Pulisic of the night that U.S.’ loss coupled with wins by Honduras and Panama to see the Americans finish fifth from six in the CONCACAF final round. “It would be an opportunity for us to go out and start really strong right away, and obviously get some revenge there as well.”