It didn't take very long for Christian Pulisic to make an impact for Chelsea in its 4-0 UEFA Champions League victory against Krasnodar on Wednesday.

Not only did Pulisic help create the insurance goal, the U.S. Men’s National Team attacker also put the exclamation point on the Blues' Group E triumph by striking the final goal – his fourth all-time in the competition – tying him with DaMarcus Beasley for the joint lead among U.S. players in the competition.

Pulisic was already the USA’s leader in Champions League appearances (28) and assists (four).

After replacing Callum Hudson-Odoi in the 71st minute, Pulisic certainly gave the Chelsea attack some needed zip and fresh legs as it pulled away from the Russia side at Krasnodar Stadium.

Only five minutes after coming on as a substitute, Pulisic fired a shot that hit the arm of Krasnodar captain Aleksandr Martynovich and resulted in a penalty kick in the 75th minute. Timo Werner took the ensuing penalty, drilling a shot past the keeper’s right to give the Blues some breathing room.

In the 79th, Pulisic ran onto a ball on the left, cut inside and played a pass to Werner. The German then centered the ball for Hakim Ziyech who slotted it home to make it 3-0.

Hakim Ziyech opens up his scoring account for @ChelseaFCinUSA. pic.twitter.com/lwSevhjfxr

The 22-year-old Pulisic wasn't finished, connecting for his first goal of the season and fourth-career UCL strike off a counterattack in the 90th minute, placing an eight-yard shot on the right side of the area between the legs of goalkeeper Matvei Safonov to cap the 4-0 shutout. 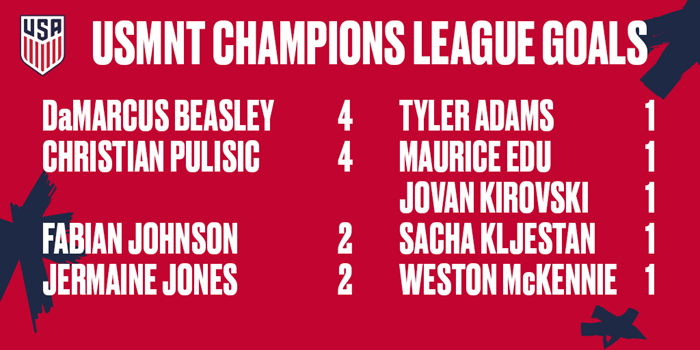 The Blues controlled the match from the opening kickoff and now sit on four points after two matches in Champions League Group E.

Pulisic should be looking forward to the Burnley encounter as he recorded a natural hat-trick there in a 4-2 win on Oct. 26, 2019. 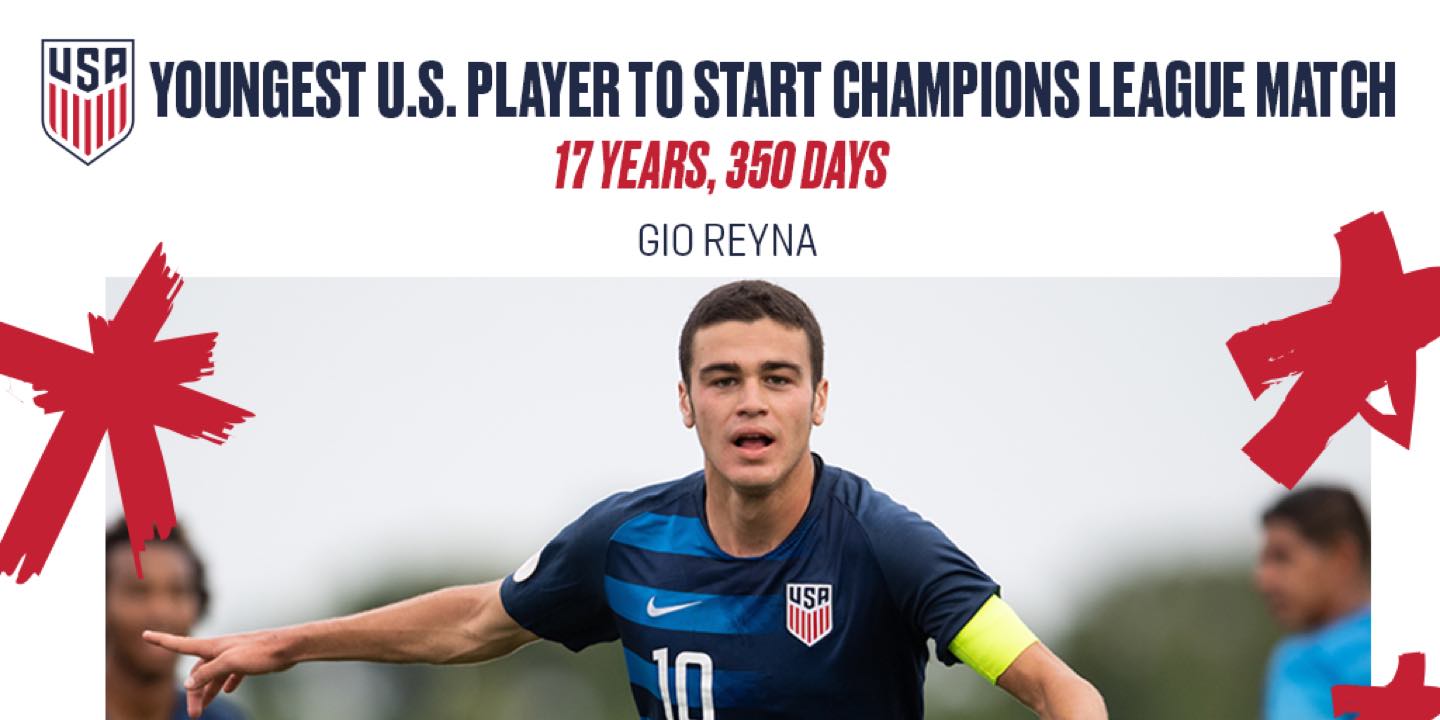 Elsewhere in Champions League play, Gio Reyna made history with his first UCL start for Borussia Dortmund in its 2-0 Group F win against Zenit St. Petersburg. At 17 years, 350 days, Reyna became the youngest U.S. player to start a match in the competition, besting the mark set by Pulisic, who was 17 years and 361 days in his first UCL start for Dortmund on Sept. 14, 2016 vs. Legia Warsaw.

Reyna acquitted himself well, showing great poise and maturity, although his team seemed to be just out of rhythm in a match played in the rain in Dortmund. They enjoyed superior possession but had trouble connecting on the final pass or a goal for most of the contest.

The U.S. midfielder still had his moments during his 84 minutes on the field, including a near miss in the 15th minute when his shot from the top of the box screamed just wide.

The German club saved its heroics for late in the match as Jadon Sancho converted a penalty in the 78th minute and Erling Haaland added another one minute into injury time.

Dortmund plays its next two matches away, visiting Arminia Bieleld in the Bundesliga on Saturday, Oct. 31 before returning to Champions League play at Club Brugge on Wednesday, Nov. 4.

In Italy, the possibility of a USA vs. USA confrontation in the Juventus-Barcelona Group G game never materialized. Weston McKennie came on as a late-much substitute for Juve, becoming the sixth American to participate in the competition for two different clubs. After four-straight appearances for Barcelona, defender Sergino Dest served as a reserve during its 2-0 victory in Turin. 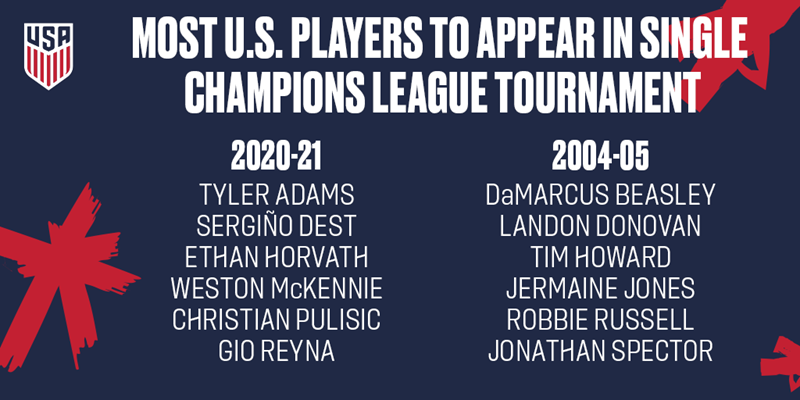 McKennie replaced Dejan Kulusevski in the 75th minute and soon after fired a shot that sailed wide of the right post.

Ousmane Dembele (14th minute) and Lionel Messi (penalty kick one minute into second-half stoppage time) did the scoring honors for the visitors.

Dest and Barca will visit Deportivo Alaves in La Liga on Saturday, Oct. 31 before welcoming Dynamo Kyiv in the UCL on Wednesday, Nov. 4.

McKennie and Juve will hit the road to play at Spezia on Sunday, Nov. 1 before hosting Ferencvaros in the UCL on Wednesday, Nov. 4.

It was a tough day for Tyler Adams and RB Leipzig in Group H. After missing his club’s game at the weekend with a minor injury, the former midfielder was deemed fit enough for the matchday squad, but never saw action as Manchester United broke open a close game by striking four times in a 16-minute span.

Adams and RB Leipzig teammates journey to Borussia Mönchengladbach for a Bundesliga encounter on Saturday, Oct. 31 before hosting PSG in the UCL on Wednesday, Nov. 4.

Ethan Horvath, one of the heroes of Club Brugge's 2-1 victory over Zenit last week, returned to deputy duty for his team's 1-1 Group H home draw with Lazio. Horvath made his fourth career Champions League start last week when regular goalkeeper Simon Mignolet was forced to sit out the match after testing positive for COVID-19.

Carlos Correa drew first blood for the visiting side before Hans Vanaken equalized in the 42nd minute.

Club Brugge hosts Mechelen in the Belgian Pro League on Saturday, Oct. 31 and then Borussia Dortmund on Wednesday, Nov. 4.