For the first time in 602 days, Tyler Adams is primed to wear the Red, White and Blue jersey of the U.S. Men's National Team again.

Much has transpired since this human dynamo of a player was on the field for his country.

A groin injury kept the 21-year-old defender-midfielder out of the 2019 Concacaf Gold Cup and participation in the Nations League last fall.

A worldwide pandemic turned the world upside down. A reduced schedule and cancelled matches limited Adams'playing time with his club team, RB Leipzig, and of course, with the USMNT.

Given his experience despite his youth, Adams returns as a veteran player for two international friendlies, first against Wales in Swansea on Thursday and then Panama in Austria on Nov. 16. Both matches will air at 2:45pm ET on FS1, UniMás and TUDN. 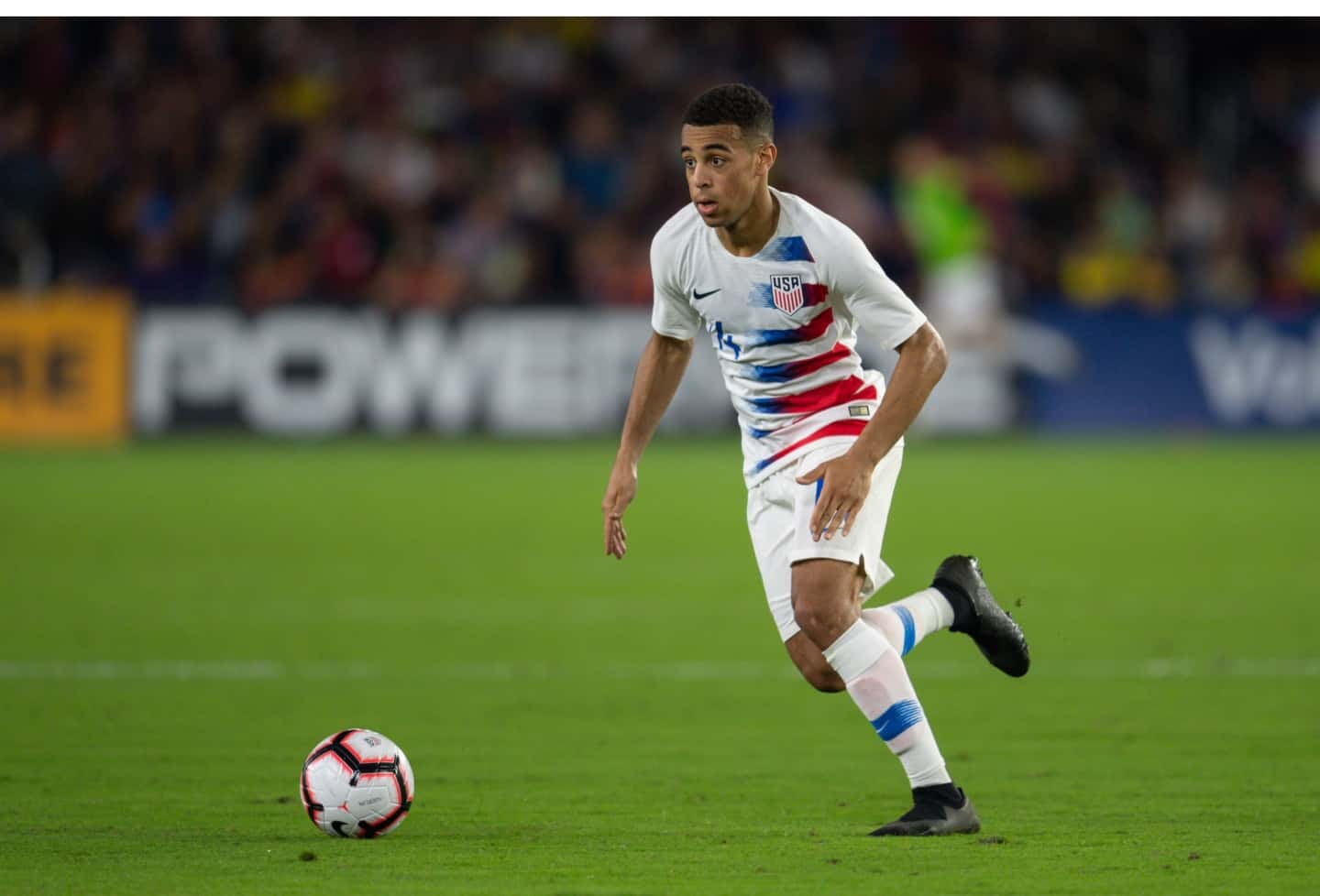 Adams' last international match seems like decades ago, a 1-0 win against Ecuador on March 21, 2019. Needless to say, he is excited to be with "a lot of familiar faces, a young, energetic group."

Though only 21, barely below the average age of the 24-player roster (22 years, 52 days) and has all but 10 caps, Adams is among a group of players who are a part of the team’s Leadership Council.

They may be needed because an unprecedented 10 players are ready to make their international debuts in Swansea.

"They've been very influential guys in the team," Berhalter said. "What we're looking for them is to share the experiences with the guys." 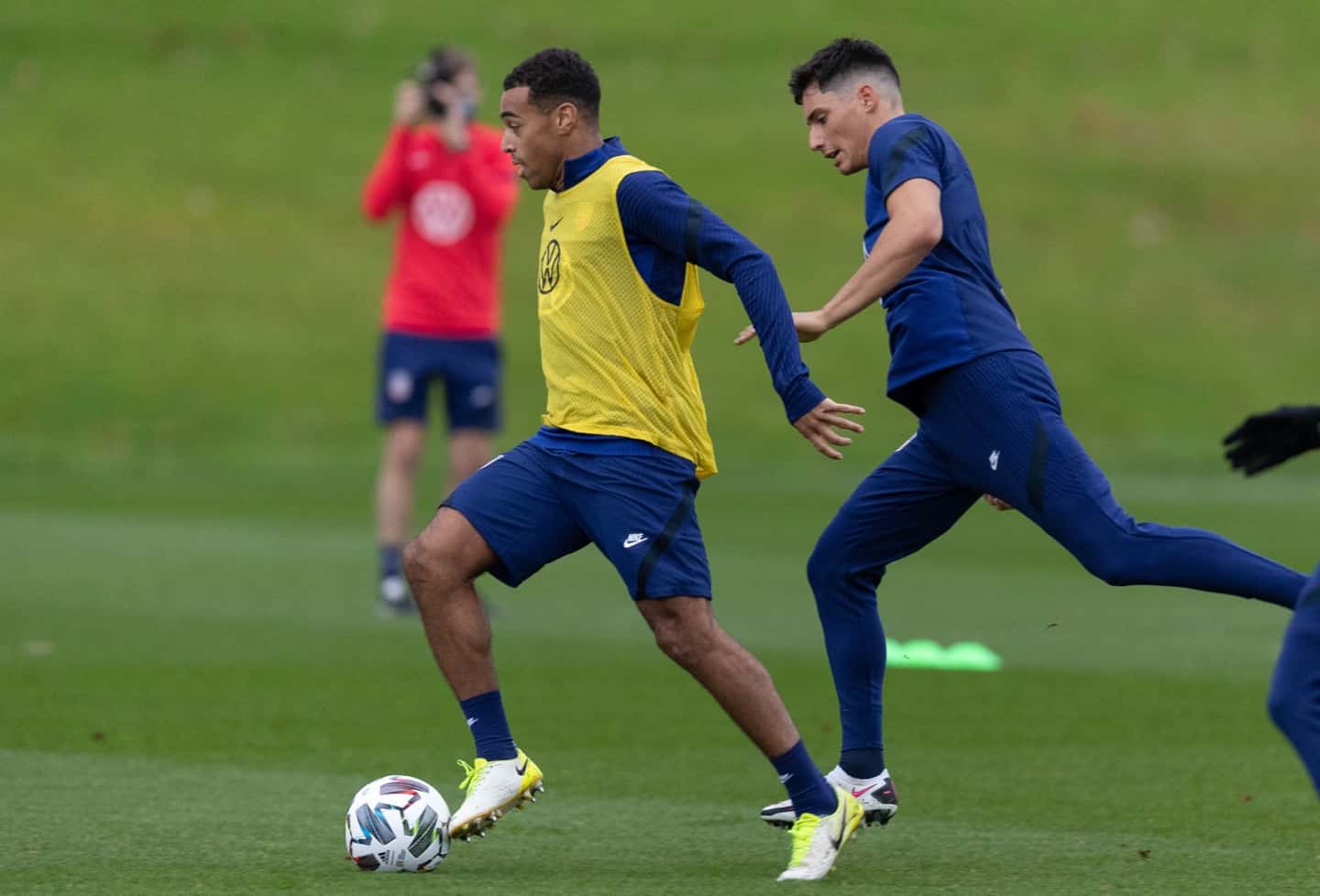 Adams sounded like he was ready to embrace the role.

"There's a young group of players we have that have many caps and have good experiences," he said. "We've all been in the group enough times to understand the expectations of what we want to achieve. Whether it's from a leadership perspective or not, we're willing to tell one another what we need to do to get better."

Along with a number of first-time call-ups, this USMNT roster has a load of players with dual nationalities.

Adams cited Barcelona defender Sergiño Dest as an example of a player who had a choice to make and selected the United States.

Born in Holland to an American father and Dutch mother, the full back represented the USA at the 2017 FIFA U-17 World Cup and 2019 FIFA U-20 World Cup. Elevated to the first team with Duch power Ajax at the beginning of last season, Netherlands worked to get him to commit to their senior team. In the end, his National Team roots ran deeper with the USA and he chose to commit last November when he was officially cap-tied in the 4-1 Nationals League win against Canada. 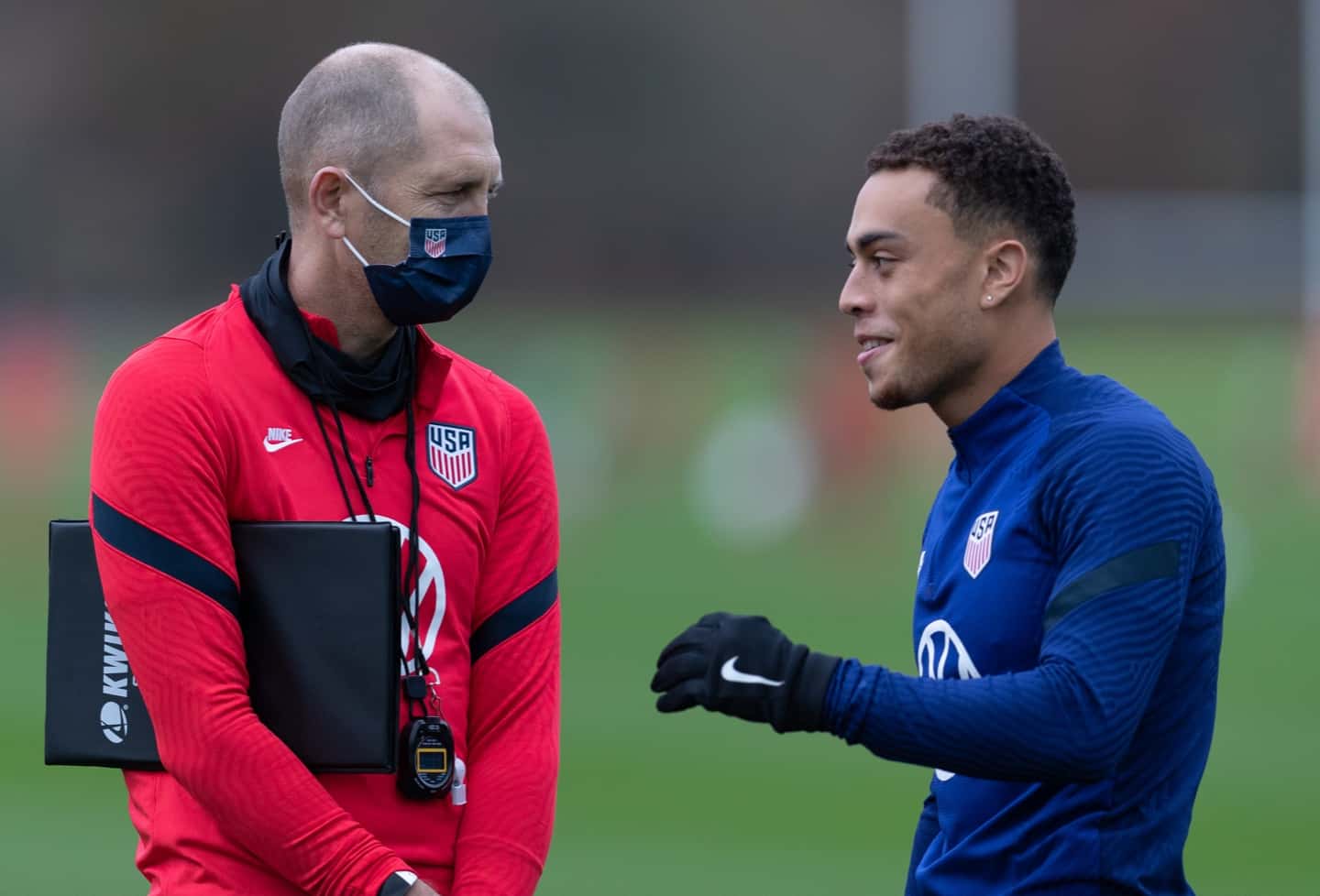 "He seems so excited to be around the group and be on the pitch with us," Adams said of Dest. "You can see his confidence and the different element that he brings to our locker room, not only because he's a dual national but because he's so excited every time he puts on the U.S. crest. That's really important for someone like Yunus."

That would be Valencia midfielder Yunus Musah, the final player to check into camp on Monday. He can choose between the USA, England, Italy and Ghana.

"It would be really interesting to be able to talk to him and see his experiences and where his head's at," Adams said. “With the quality that we're starting to have in our National Team, I think it's more attractive for players to want to represent the U.S. That's a huge positive."

With an unprecedented 10 USMNT players on UEFA Champions League rosters this season, Adams felt competition for spots on the squad could become more intensive.

"As soon as the quality within the team starts to rise, there's always going to be that internal competition to push each other for a position on the field," he said. "That's so important within the National Team … When you're saying you're competing with a fellow player in your team that's also playing in the Champions League, that's super, super important.

"We've all raised the bar individually to reach our own goals. When we can do that as a collective and see one another playing for Barca, playing for Juve, playing for Chelsea, that sets your goals even higher. You want to achieve great things. When you come with the National Team, the vibe of the camp is excellent with all these players coming from these amazing environments."

Like every player on the planet, the 5-foot-8, 150-lb. Adams has gone through a rollercoaster ride. The 2019-20 Bundesliga season was stopped in March. Then it started up again. Now it seems quality sides such as RB Leipzig are constantly playing three times in eight days.

"It's been very difficult," Adams said. "As a footballer you can't really ever complain about your life or scheduling. Then comes along this circumstance. You don't really understand how much it really impacts you until it happens. I got myself into a really good groove and I was fit and then COVID happened."

Adams said the team will make a pre-game tribute or statement about the social injustice that has transpired in the United States. This is the squad's first match since the murder of George Floyd in May, which sparked wide-spread protests across the country this spring and summer. 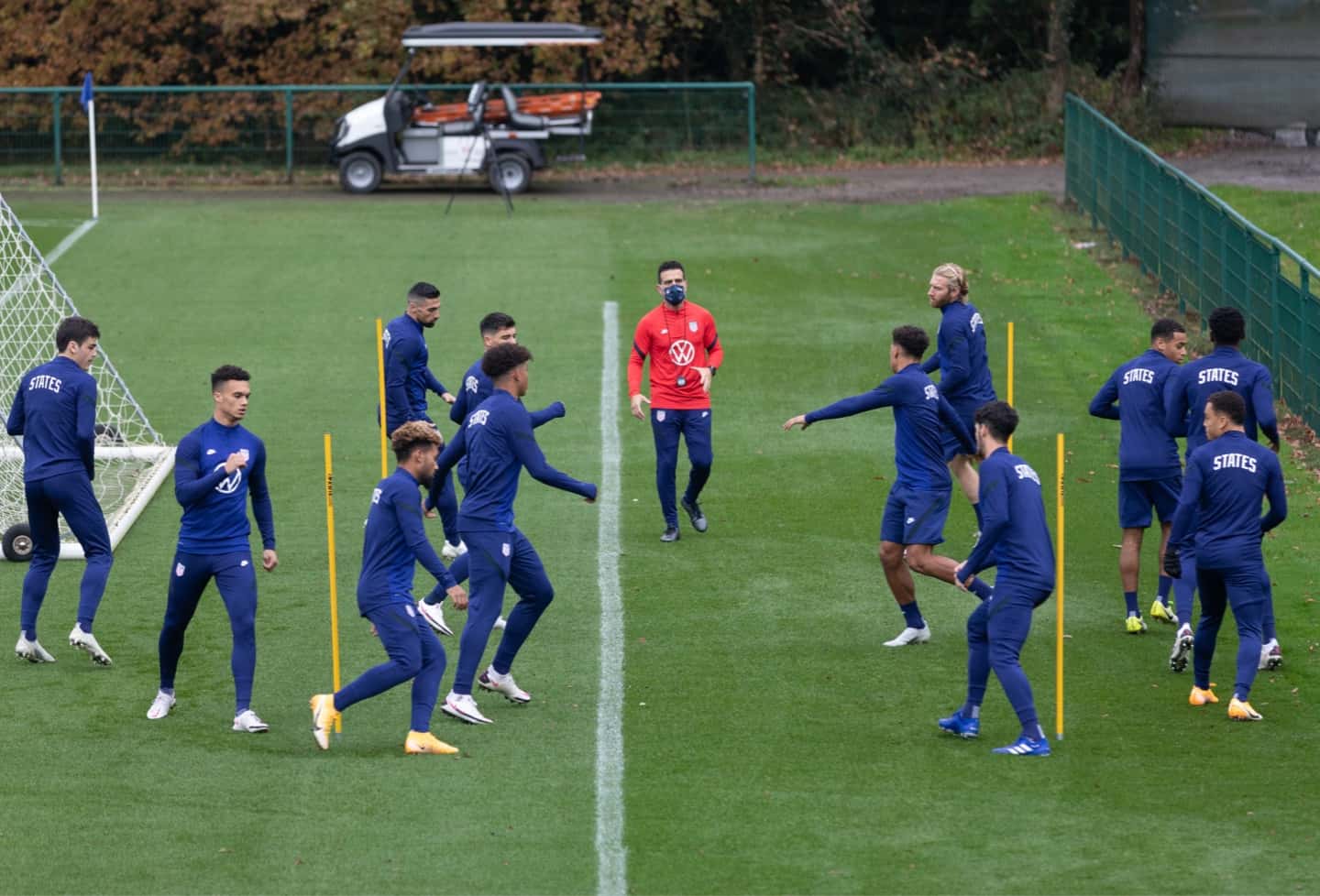 "We're waiting until the match day to show everyone how we would bring recognition to the situation," he said. "Without giving too much away, we just want to continue to educate the people about what's going on and continuing to happen. The internal discussions have been great within the team of supporting one another, sharing each other's beliefs."

For the first time last week, Adams was eligible to vote in a presidential election.

“A lot has gone on in the past few weeks, months in general,” he said. “It was a bit of a unique experience because it was not only my first opportunity to vote, it was my first opportunity vote in Europe. For us it’s about progressing and moving forward. Being able to put the crest on again and represent my country is a huge honor.”