There’s even more reason to be excited about the U.S. Men’s National Team this week with a record 10 different U.S. players – all age 25 and under – eligible to participate in the most elite club competition in the world as they were named to their club rosters for the UEFA Champions League.

Having first appeared in the UCL for Borussia Dortmund at age 17, the now 22-year-old is set to appear in his fifth edition of the prestigious competition. Thanks to his early start, Pulisic is already the USMNT’s leader in Champions League appearances with 26 matches played.

18-year-old Pulisic Shines for Dortmund against Benfica in 2017


Chelsea’s No. 10 is also knocking on the door for more records among Americans in the competition. With three goals and three assists overall, he sits just behind DaMarcus Beasley (four goals) and Sacha Kljestan (four assists) for the all-time lead among U.S. players in the UCL.


Chelsea open Group E play on Oct. 20 at home against Sevilla (Spain), and are also grouped with FC Krasnodar (Russia) and Rennes (France).

The USMNT midfielder/defender is looking to build off his history-making moments in the knockout stage of the 2019-20 Champions League in August.

The 21-year-old bagged the game-winning goal in RB Leipzig’s 2-1 quarterfinal victory against Atléico Madrid – the deepest an American has scored in the competition – and then followed Beasley as just the second USMNT player to appear in the competition’s semifinal as they fell to Paris Saint-Germain.

Tyler Adams does it!!

The American man puts Leipzig up 2-1 with minutes remaining! pic.twitter.com/HShBjxNXGz

Leipzig were drawn into Group H where they will open up with İstanbul Başakşehir (Turkey) on Oct. 20 and are joined by Manchester United (England) and recent UCL semifinal opponents PSG (France).

The 22-year-old McKennie appeared in six matches for Schalke during the 2018-19 edition, and even registered his first professional goal in the club’s game-winner against Lokomotiv Moscow on Oct. 3, 2018.

Now with Serie A champions Juventus, the midfielder is one of two players on this list that could join a small group of Americans in appearing for two different clubs in the competition.

McKennie has shown to be part of Andrea Pirlo’s plans thus far, starting both Serie A matches Juventus played before the current international break. If he gets on the field for the Bianconeri, he would become the second U.S. player to represent an Italian club in the Champions League after Oguchi Onyewu, who made his AC Milan debut during a Champions League match against FC Zürich on Sept. 30, 2009.

Juventus were drawn into Group G and will open up Oct. 20 at Dynamo Kyiv (Ukraine). They’re joined by Spain’s FC Barcelona (more on that below) as well as Hungarian champions Ferencváros.

It’s been a whirlwind week for the 19-year-old. Last Thursday, the rising young full back completed a much anticipated $24 million transfer from Ajax to FC Barcelona.

On Sunday, his La Liga registration was confirmed in time for him to make the bench for the club’s match against Sevilla, and in the 75th minute the 19-year-old became the first American to earn a competitive appearance for the storied Catalan giants.

Now he seems destined to become the first American to appear for the five-time UEFA Champions League winners in Europe’s pinnacle club competition. Just like McKennie, Dest – who made five Champions League appearances for Ajax last season -- would join Beasley, Jermaine Jones, Pulisic and Onyewu as the only American players to compete for two different clubs in the UCL.


Dest and Barcelona open up on Oct. 20 against Ferencváros (Hungary). They’re also joined by Dynamo Kyiv (Ukraine) and will face McKennie and Juventus on Oct. 28 and Dec. 8.

He’s the youngest player on this list, but the 17-year-old already has UCL experience. At 17 years, 97 days, the New York City FC Academy product became the youngest American to appear and register an assist in the competition, providing the helper on Erling Haaland’s second goal in a 2-1 win against Paris Saint-Germain on Feb. 18, 2020.


That was his first of five assists across all competitions provided to the Norwegian international, three of which came this past weekend in Dortmund’s 4-0 romp of Freiburg.

Now established in BVB’s starting XI, Reyna, who turns 18 on Nov. 13, has the opportunity to become the youngest American to score in the competition. The record is currently held by his Dortmund predecessor Pulisic, who first found the back of the net at 18 years, 171 days in a 4-0 win against Benfica on March 8, 2017.

After spending last season on loan with Fortuna Düsseldorf of the German Bundesliga, Steffen is back with Manchester City serving as the understudy to Brazil National Team goalkeeper Ederson.

Having already made two appearances for City in the Carabao Cup, the 25-year-old seems likely to continue getting minutes in the domestic cup competitions and will hope to get a chance for his Champions League debut at some point this season.

However, the 25-year-old ‘keeper does have Champions League experience that could be called upon if a dip in form or injury comes up. Horvath has kept clean sheets in all three appearances he’s made in the competition, notably making six saves in a 4-0 win against Monaco on November 6, 2018, and performed well in 0-0 draws with Borussia Dortmund (November 28, 2018) and Atlético Madrid (December 11, 2018). 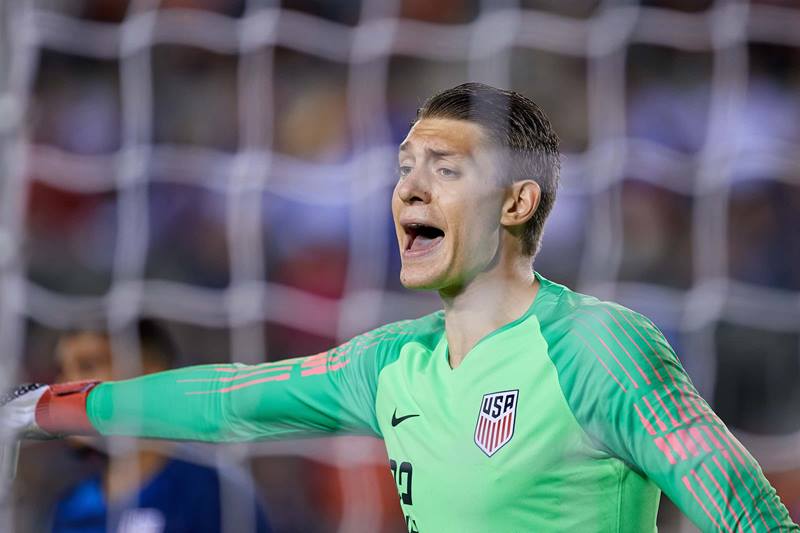 The latest breakthrough came on Sunday, when Richards earned his first competitive start for the club in a wild 4-3 win against Hertha Berlin. Naturally a center back, the Alabama-born defender has found his way on the field thus far as a right back and showed Sunday how well he could deputize there.

There's his assist! @eastmamba provides Robert Lewandowski with his second of the match for @FCBayernUS.


Richards began the play leading to Robert Lewandowski’s opener in the 40th minute, before later providing his first career assist to the Polish ace in the 51st.

With a first Bundesliga start now under his belt, Richards will work towards a Champions League debut for the six-time UCL winners. Of note, Richards is eligible for the Champions League after being named to Bayern’s “B-List” squad, which is made up of players under the age of 21, and who have been at their club for an uninterrupted period of two years.

To be eligible for a Champions League matchday roster, Richards would only need to be added to the A-List up to 24 hours before a match. More on the “B-List” rules here.

Dest may be the first American to play for Barcelona in a competitive match, but Konrad de la Fuente was the first to arrive when joined the club’s famed Masia Academy in 2013.

Born to Haitian parents in Miami, de la Fuente has climbed the ranks with the Catalan giants and made his first appearance with Barcelona B at the end of 2018. A member of the USA’s 2019 FIFA U-20 World Cup squad, the winger  began knocking on the door for his first team debut when he made the gameday squad for Barca’s UEFA Champions League second leg fixture against Napoli on August 8. 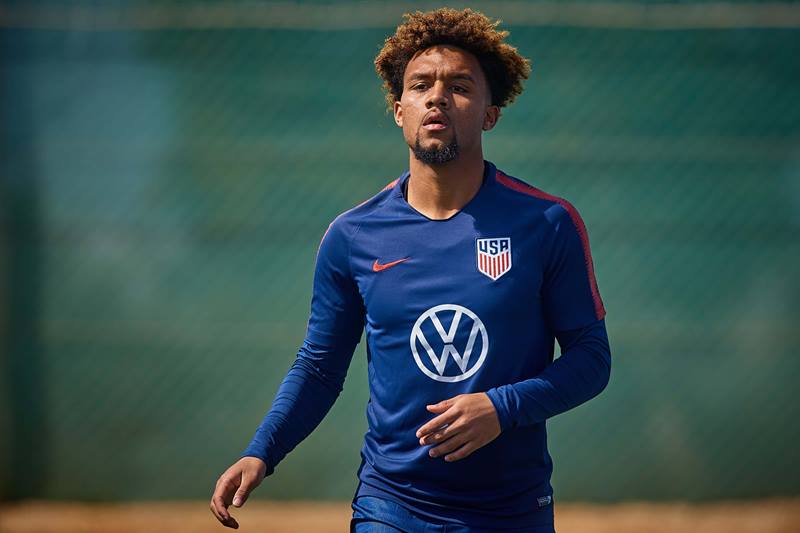 The 19-year-old earned his first appearance for the squad just last month in the Joan Gamper Trophy match, which is an annual friendly the club plays before the start of every season. He’s since been on the bench for both of the club’s La Liga matches this season and seems destined to make a competitive debut soon.

Like Richards, de la Fuente is on Barcelona’s B-List squad, which means he can be added to a gameday Champions League roster 24 hours before a match.

U.S. Soccer’s 2018 Young Male Player of the Year rounds out the list of 10 U.S.-eligible players on Champions League squads this season.

After competing for the USA at the 2019 FIFA U-20 World Cup in Poland, Mendez joined Ajax from German side Freiburg last summer, and has featured heavily for Jong Ajax – the club’s reserve team – ever since.

Since graduating from the USA’s U-20 setup, the Los Angeles native has been part involved in a number of Jason Kreis’s U.S. U-23 camps and will have eyes on potential debuts for both the USMNT and the Ajax first team soon.