The U.S. Men's National Team has experienced an entire range of FIFA World Cup Qualifying results at home against Honduras.

That includes a rout, a close encounter, and a rare qualifying loss on U.S. soil.

As the USMNT puts the finishing touches to its preparation to play Los Catrachos in St. Paul, Minn. on Wednesday, Feb. 2 at 7 p.m. ET, here are three memorable home matches:

For the first time in 16 years, the USA tasted a home WCQ defeat, losing to the Central American side in a wild 3-2 affair at RFK Stadium in Washington, D.C.

The loss snapped the USMNT’s 19-game qualifying unbeaten run dating back to 1985. It marked the first time the USA surrendered three goals at a home qualifier since 1960 and also was the first time the Americans (4-2-1, 13 points), in second place in the Concacaf Hexagonal, suffered two consecutive qualifying losses since 1980. Two months prior, the U.S. dropped a narrow 1-0 result at Mexico. 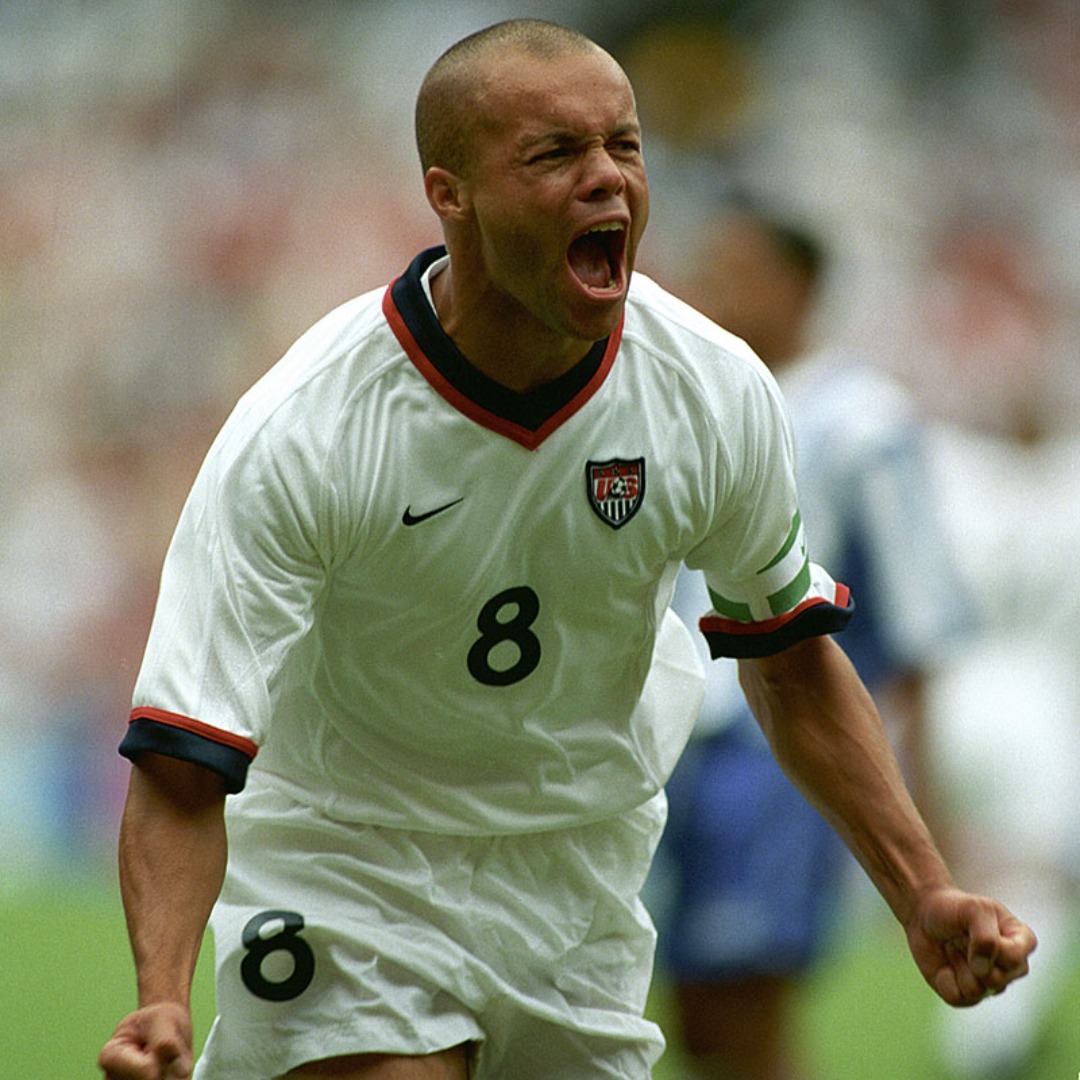 "Scoring is a great high," he said. "It's not so much missing a penalty kick. It's when you look at your teammates and see that you've let them down."

He lifted the USA into a seventh-minute lead, punishing Noel Valladares after the Honduras goalkeeper parried a cross straight into his path.

Lifted by strong in-stadium support, Honduras responded through a swift counterattack in the 28th minute. Striker Carlos Pavon was the catalyst, settling a ball over the top before playing a quick combination with Danilo Turcios to unlock the U.S. defense. With extra space, Pavon sent a low cross for Milton Nuñez, who separated from Steve Cherundolo and buried a first-time effort at the back post.

In the 43rd minute, Stewart had an opportunity boost the hosts into the lead again after Milton Reyes fouled Jovan Kirovski in the box. He aimed for the lower right corner, but a diving Valladares knocked away his attempt.

"I made a choice at the last moment to hit it to the right. Stupid," Stewart, who kicked the goal post in frustration, said after match. "The first thought, they say, is the best thought."

From that point, the U.S. never fully recovered.

On the other side of halftime, Honduras received a penalty kick after Jeff Agoos bumped against Reyes in the box. Pavon stepped up and slotted a blistering effort past Brad Friedel to the lower left corner in the 53rd minute. 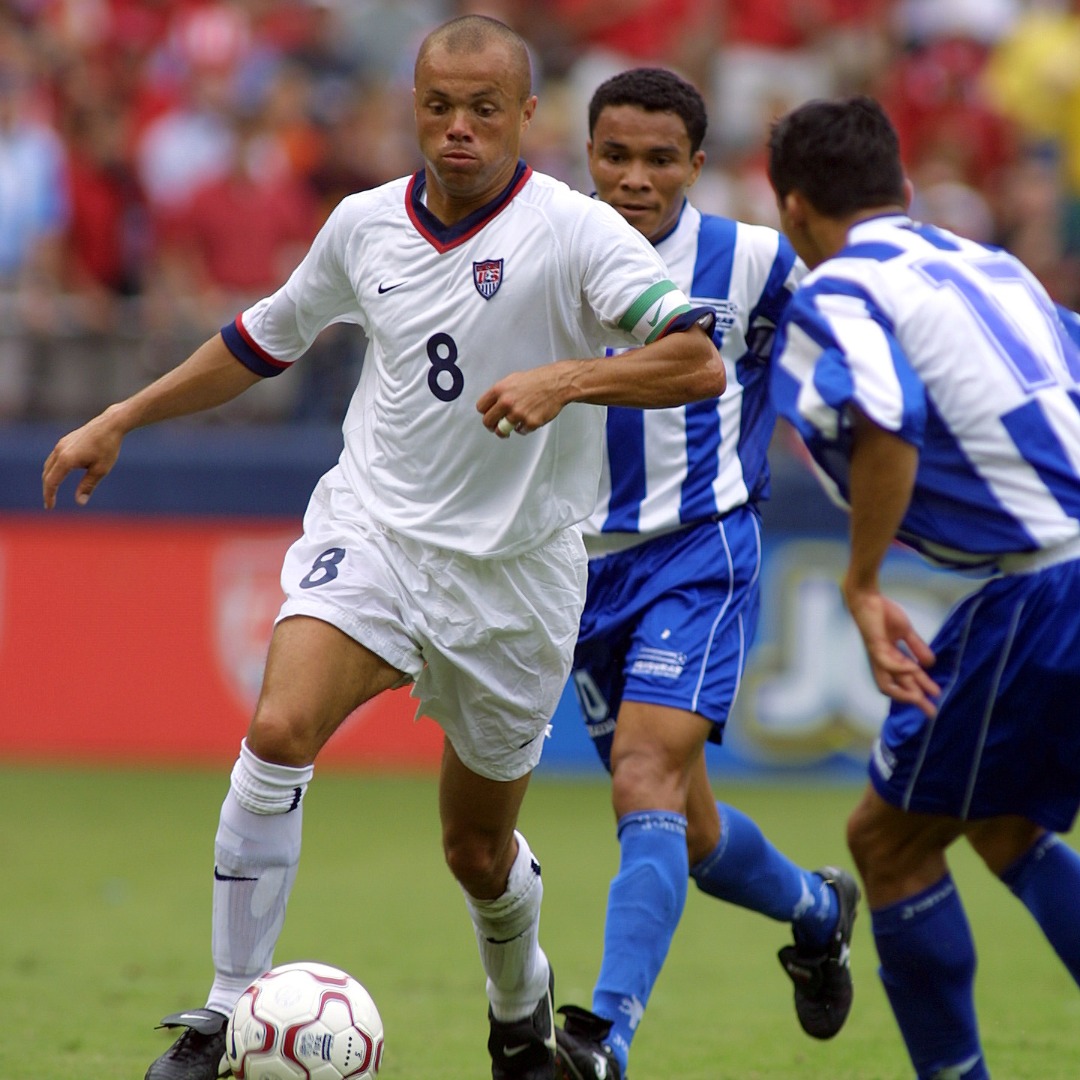 Stewart connected for his second goal of the match in the 84th minute, hitting a half volley that deflect off a Honduran defender and just over the goal line. The brace marked Stewart’s only multi-goal game in a U.S. shirt, but overall wasn’t enough as the final whistle blew – Honduras 3, USA 2.

Put in a tough position after dropping a 2-0 decision at Costa Rica four days later, the USA rebounded with a 2-1 victory over Jamaica, which combined with other results, saw it qualify for the 2002 FIFA World Cup with a match to spare.

After losing in Costa Rica four days prior, the USA bounced back with a vital 2-1 comeback victory over Honduras at Chicago’s Soldier Field.

The Americans won a home qualifier after trailing, for the first time since recording a 2-1 win over Trinidad & Tobago in Fenton, Mo. on May 15, 1985.

"If we don't respond and win this game, we're going to be in a bad position," said Landon Donovan, one of the USA’s heroes. "Now we're halfway through, in second place. Right now, we're in good position."

Early on, it didn't look good for the hosts, playing before 55,647 fans in the first qualifier at Soldier Field.

Carlo Costly tallied in the fifth minute, taking advantage of a U.S. mistake. Clint Dempsey tried a backheel pass that Wilson Palacios intercepted before finding Costly. He fired a 22-yard, left-footed shot past Tim Howard to give the visitors the lead.

Referencing the team’s knack for conceding the first goal, "It was a little bit of, 'Crap, here we go again,'" USA captain and center back Carlos Bocanegra told reporters. "But we regrouped."

Added USA head coach Bob Bradley: "The most important thing is how we responded after giving up that first goal." 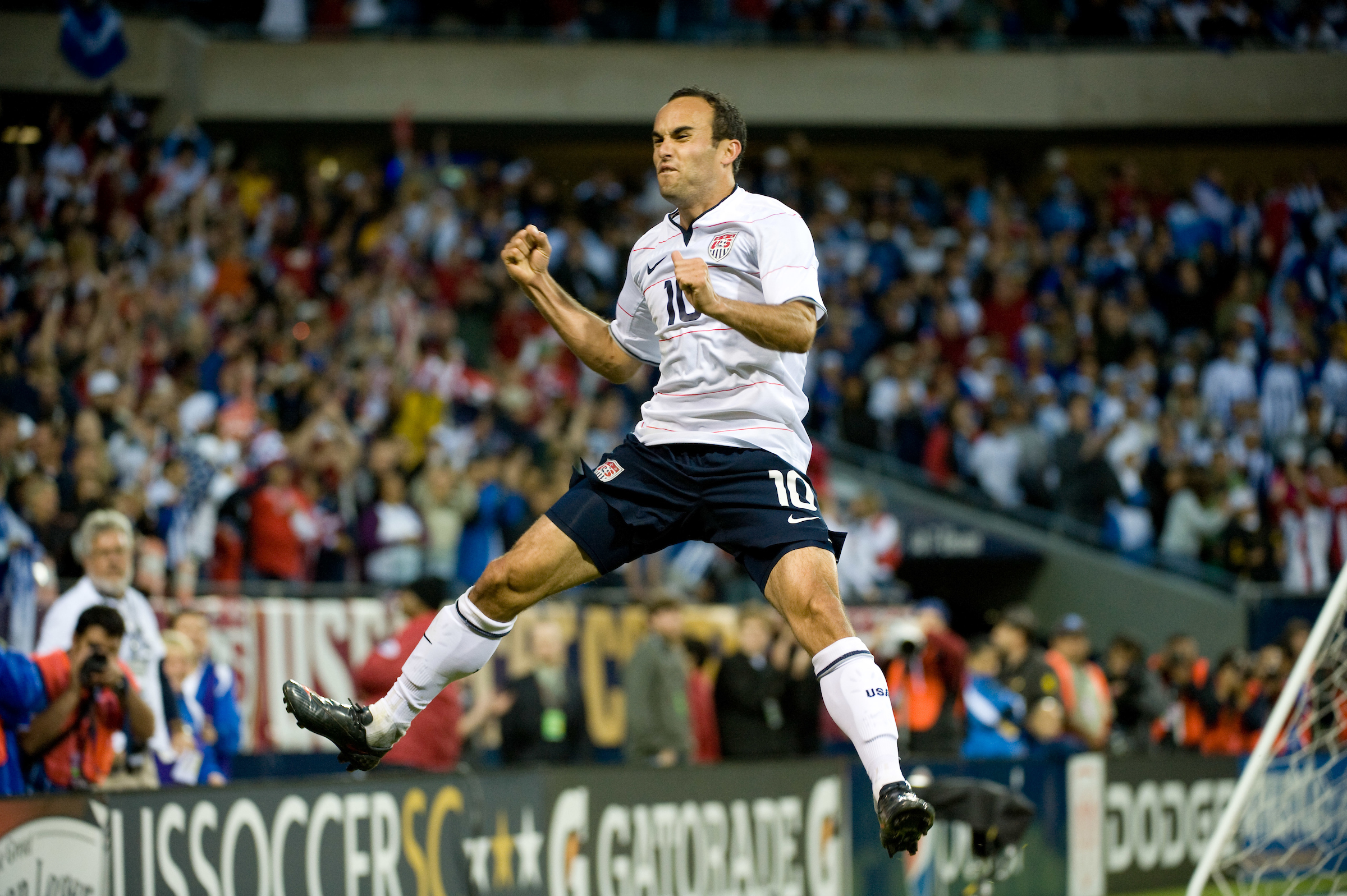 Landon Donovan of the USA celebrates after scoring a goal against Honduras, during a World Cup Qualifying match at Soldier Field, in Chicago, IL, Saturday, June 6, 2009. The USA won 2-1.

Midway through the opening half, the Americans began to assert themselves, but weren't able to cash in until just before halftime. Oguchi Onyewu started it, sending a pass into the box that struck Mario Beata's hand for a penalty kick.

"It means a great deal to our team when Landon is active, providing energy," said Bradley, who had moved Donovan from forward to midfield. "He was putting defenders on their heels."

Donovan played a part in the game winner as well when his 68th minute corner kick found Dempsey’s head at the back post, before Bocanegra dove to head the ball past goalkeeper Noel Valladares for his 11th international goal. 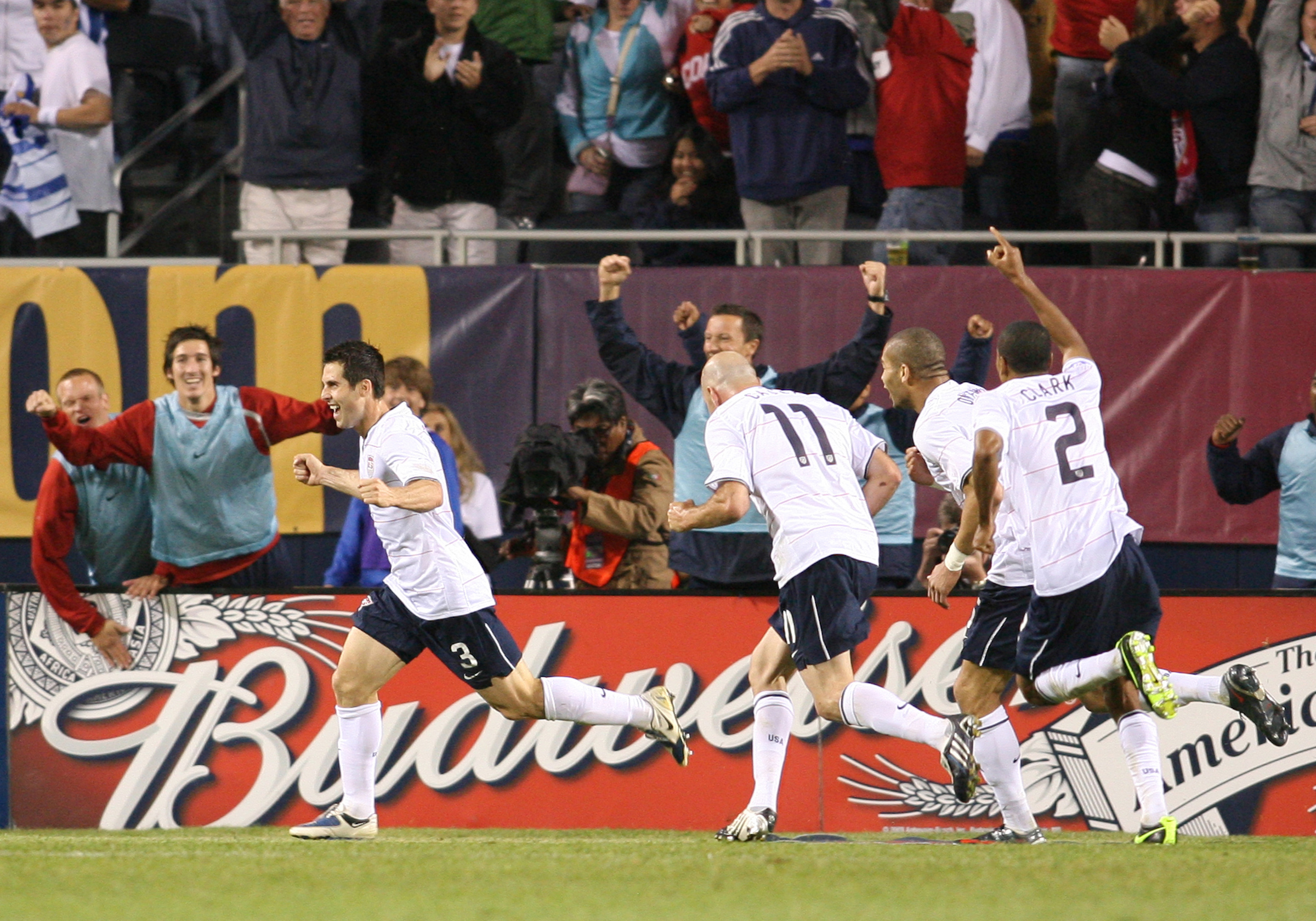 Carlos Bocanegra #3 of USA breaks away after scoring the winning goal during a 2010 World Cup qualifier against Honduras at Soldier Field on June 6 2009, in Chicago, Illinois. USA won 2-1.

"I think our performances the first five games haven't been great; we've been OK," U.S. goalkeeper Tim Howard said. "But the positive is we're still second and we haven't reached our potential."

"We know that World Cup qualifying is not about just one game. It's about 10 games," Bob Bradley said. "It's not normal to have a smooth, easy ride."

A few days later, the USMNT journeyed to South Africa to compete in the FIFA Confederations Cup. The Americans turned heads and made some history in that tournament, upsetting Spain in the semifinals, 2-0, and falling to Brazil in the final, 3-2.

In his first international match since being sidelined by an irregular heartbeat in August 2016, Clint Dempsey connected for his second international hat-trick to power the USA to a surprising 6-0 triumph over Honduras at Avaya Stadium in San Jose, Calif.

It was the USMNT's first competitive match since Bruce Arena replaced Jurgen Klinsmann as head coach as the side climbed from last place to fourth in the Hexagonal. 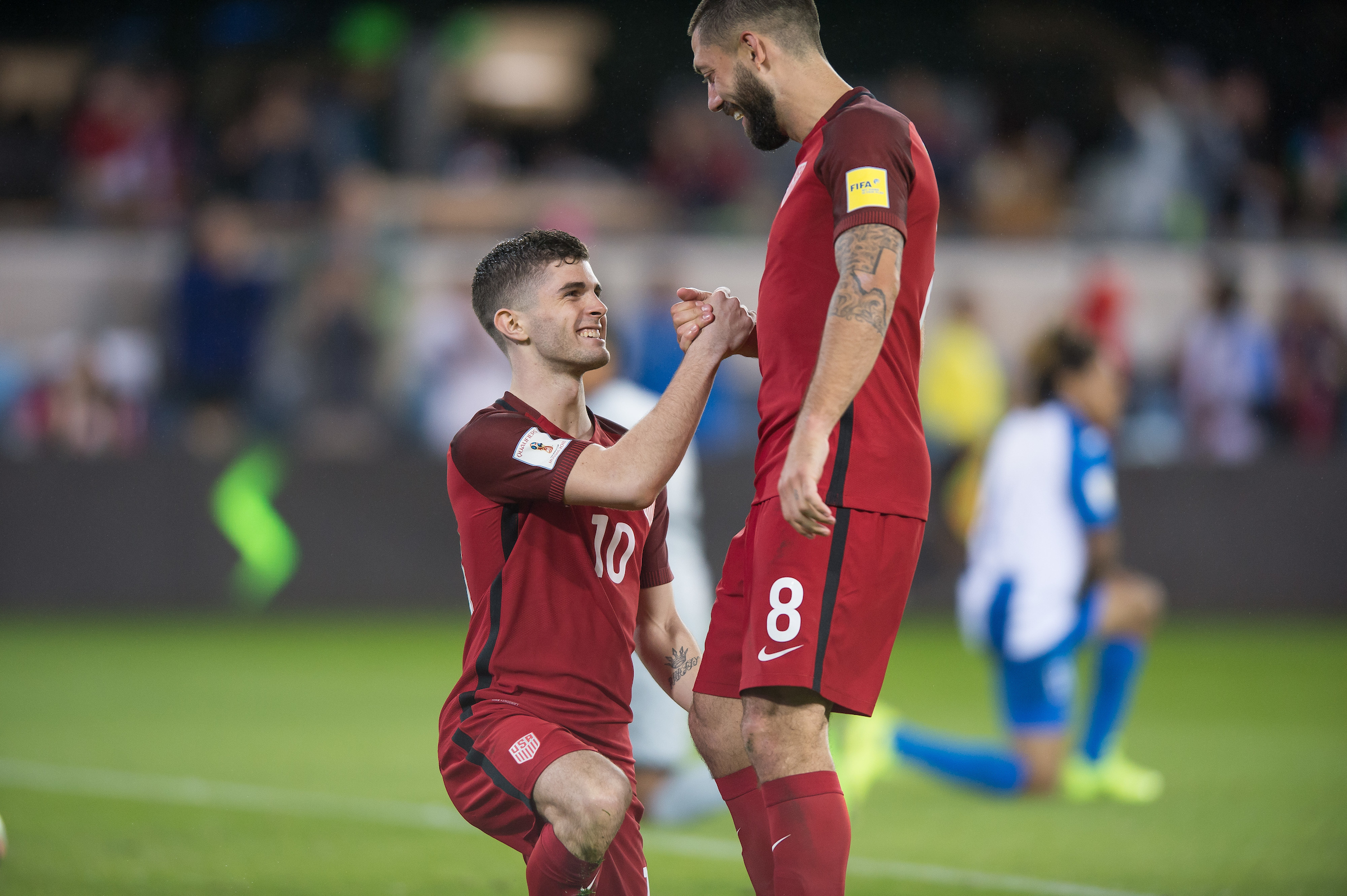 "We are pleased with the outcome," Arena said. "We had a good night, and our finishing was exceptional. Overall, a great effort. Nothing but praise for my team."

The USA had never won a Hexagonal match by more than three goals.

“It felt great,” said Dempsey, who had missed four consecutive qualifiers with his ailment. “We were in a must-win situation. The whole team came out and played really well tonight. We pressed the game, and we took our chances and put in a solid performance and got three points that we needed.

Wearing No. 10, 18-year-old Christian Pulisic pulled the strings at midfield, playing some part in five of the six U.S. goals that night.

"Christian's just a natural," Arena said. "The game's easy for him. He's got exceptional skill, vision, he's pretty smooth ...  Christian is pretty damn good with the ball in front of goal."

The relentless Americans solved the Hondurans early and never took their foot off the pedal.

Surprise starter Sebastian Lletget gave the hosts all the scoring they needed in the fifth minute after Pulisic's shot deflected off goalkeeper Donis Escober. Captain Michael Bradley drilled in a 30-yard shot in the 27th minute and Dempsey tallied his first goal off Pulisic's chip pass five minutes later for a three-goal advantage. 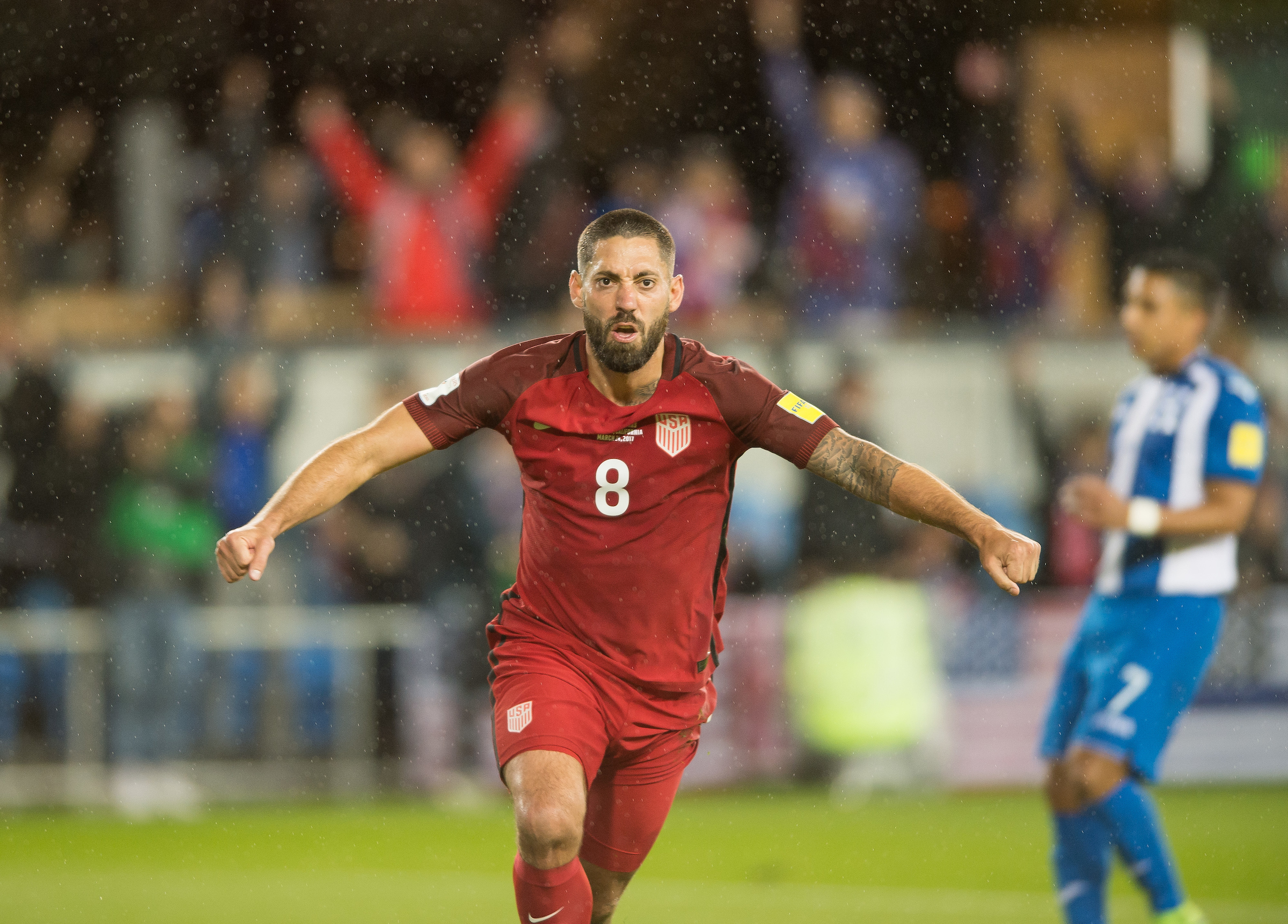 Only 12 seconds into the second half, Pulisic scored his fourth international goal before setting up Dempsey, who rounded the keeper for a 5-0 margin in the 49th minute.

After Pulisic was fouled outside the area, Dempsey closed out the scoring, bending in a 23-yard free kick, his 55th international goal, in the 54th minute.