In the second of four matches in during the June international window, the U.S. Men's National Team hosts Uruguay in an international friendly at Children's Mercy Park in Kansas City, Kansas on Sunday, June 5 (5 p.m. ET on FOX, Univision and TUDN).

The USA is coming off a comprehensive 3-0 win against Morocco in Cincinnati on June 1, while Uruguay earned a 3-0 win of its own in a friendly against Mexico on June 2 in Glendale, Ariz.

La Celeste enjoys one of the most storied football histories in the game. The Uruguayans won back-to-back Olympic gold medals in 1924 and 1928. They hosted the very first FIFA World Cup in 1930, winning that tournament, besting archrival Argentina 4-2 in the final, overcoming a 2-1 halftime deficit behind goals by Pedro Cea, Santos Iriarte and Hector Castro. Pablo Dorado scored in the first half.

After refusing to participate in the 1934 and 1938 competitions, Uruguay secured their second world championship in Brazil in 1950. They pulled off yet another second-half comeback behind goals by Juan Schiaffino and Alcides Ghiggia to best host Brazil, 2-1, before a FIFA World Cup record crowd of 173,850 at Maracana Stadium in Rio de Janeiro.

While Uruguay has not won a FIFA World Cup since, the small South American nation has put out plenty of competitive sides since then, finishing fourth three times in 1954, 1970 and 2010.

Uruguay went a perfect 3-0-0, winning Group A at the 2018 FIFA World Cup in Russia, outscoring its opponents, 5-0. It edged Portugal, 2-1, on a pair of Edinson Cavani goals in the Round of 16 before falling 2-0 to eventual World Cup champions France in the quarterfinals.

The U.S. is 2-2-3 against La Celeste in a series that goes back nearly a century. In fact, Uruguay was just the USMNT’s fourth opponent all-time.

The teams met for the very first time at the 1924 Paris Olympics (Olympic matches were considered full internationals in those days). After the USA dispatched Estonia, 1-0, in the first round (there were knockout rounds then), the USA dropped a 3-0 decision to the South Americans in the second round as the legendary Pedro Petrone (10th and 44th minutes) and Hector Scarone (15th minute) scored. The Uruguayans went on to win the first of two consecutive gold medals and of course, they captured the inaugural FIFA World Cup on home soil in 1930. 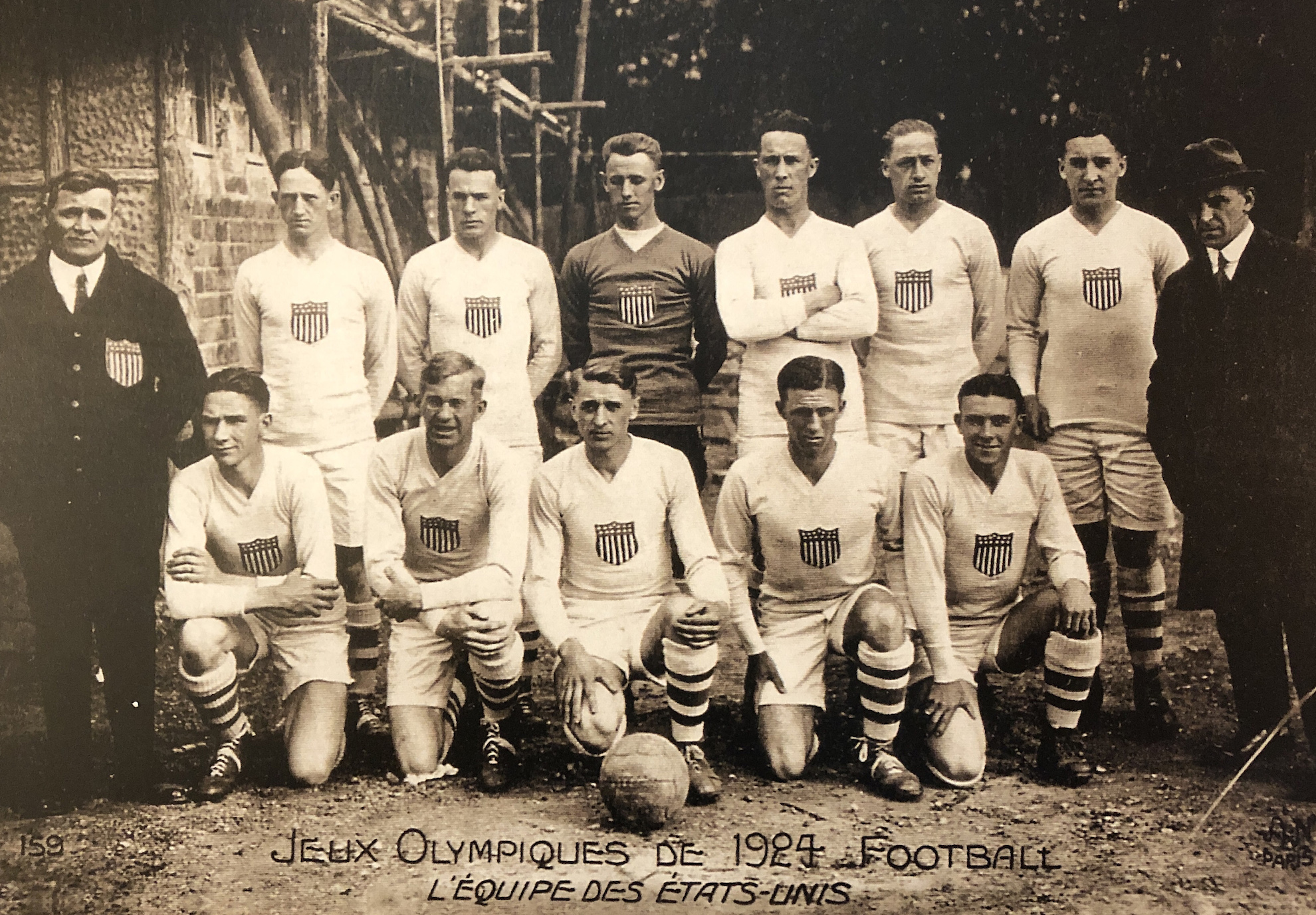 In their second encounter six decades later, the teams battled to a 1-1 draw in Miami, Fla. on Feb. 7, 1986. Bruce Murray tallied the first of his 21 international goals to give the hosts a 1-0 lead.

In Bora Milutinovic's debut as USMNT head coach, the USA posted their first win over Uruguay, 1-0, in Denver, Colo., on May 5, 1991. Peter Vermes' 15-yard shot found the net in the 26th minute after a Chris Henderson free kick, although the Uruguayans claimed the former was offside before 35,772 at Mile High Stadium. Tony Meola made seven saves.

In its opening match at Copa America, Uruguay exacted a measure of revenge by posting a 1-0 victory in Ambato, Ecuador on June 16, 1993. Santiago Ostolaza headed home Hector Moran's corner kick in the 50th minute for the lone score.

Mother Nature had the final say in the March 25, 1995 encounter at the Cotton Bowl in Dallas. Gusty winds forced the game to be called in the 83rd minute after its blew sideboards onto the field. Referee Antonio Marrufo abandoned the game, which ended in a 2-2 draw. Cobi Jones set up goals by John Kerr (eighth minute) and Earnie Stewart (67th) before the South American side rallied. 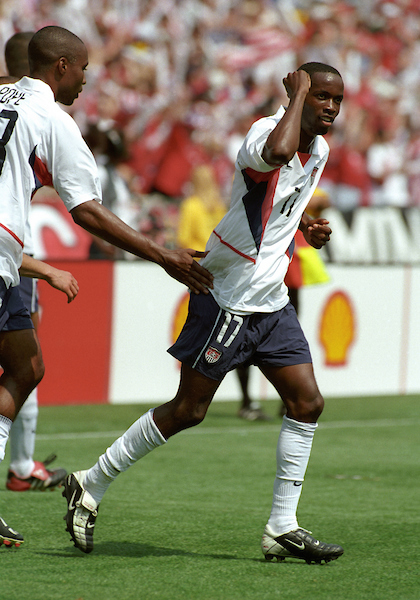 DaMarcus Beasley (above), the youngest player on the USMNT for the 2002 World Cup, connected for the insurance goal in the 40th minute to propel the hosts to a 2-1 win in front of a crowd of 30,413 at RFK Stadium in Washington, D.C. on May 12, 2002. Tony Sanneh found the net in the sixth minute.

Jordan Morris scored his first international goal in more than two years in the 79th minute to give the USA a 1-1 draw at Busch Stadium in St. Louis on Sept. 10, 2019. Brian Rodriguez had given fifth-ranked Uruguay a 50th-minute advantage.

Under new coach Diego Alonso, the Uruguayans won their final four FIFA World Cup Qualifiers to secure a spot in Qatar, outscoring their foes 8-1 over that stretch.

Uruguay finished in third place in South American World Cup Qualifying. The team will meet Korea Republic, Portugal and Ghana in Group G at the 2022 FIFA World Cup in Qatar.

La Celeste began its unbeaten run with a 1-0 win in Paraguay on Luis Suarez's goal in the 50th minute on Jan. 27. They continued with a 4-1 home triumph against Venezuela on Feb. 1 with Rodrigo Bentancur, Giorgian de Arrascaeta, Edinson Cavani and Suarez providing the goalsgoals.

On March 24, they punched their ticket to Qatar, defeating Peru 1-0 at home on Giorgian de Arrascaet's 42nd minute tally. Uruguay closed out qualifying with a 2-0 away win as Suarez (79th minute) and Federico Valverde (90th minute) scored late goals.

In its first match since qualifying, Uruguay defeated Mexico met in Glendale, Ariz. on June 2.

Diego Alonso, a former Uruguayan international forward, took over the coaching reins in December 2021. He replaced Oscar Tabarez, who had directed the team for 15 years.

As a player, Alonso collected 114 goals in 325 matches, competing for such teams as Nacional and Penarol in Uruguay, Valencia, Atletico Madrid, Racing Santander, Malga and Murcia in Spain, Pumas UNAM in Mexico, Shanghai Shenhua in China and Gimnasia La Plata in Argentina.

After retiring in 2011, Alonso immediately jumped into coaching. He has guided eight teams in 11 years, including Peñarol, Olimpia (Paraguay) and Pachuca and Monterrey in Mexico.

He was Inter Miami 's coach in its inaugural 2021 MLS season but left the club by mutual consent after the campaign.

Manager Diego Alonso selected 28 players the team’s three summer friendlies. His roster is highlighted by four veterans with more than 100 international appearances and a pair of promising 17-year-olds.

Edinson Cavani, 35, leads the way with 54 goals in 130 matches. In fact, the Manchester United striker has recorded more international tallies than the rest of the squad combined (41).

At age 36, defender and captain Diego Godín is the oldest and most experienced player internationally with 157 caps. He has played many matches on the backline with 35-year-old Martin Caceres (112 games). There is little doubt the defense is quite experienced with 35-year-old Fernando Muslera (131 caps) handling the goalkeeping duties.

Forward Luis Suarez, 35, who has found the net 68 times in 132 matches, including during the WCQ stretch run, was the most glaring absence from the squad.