The last time a Lamar Hunt U.S. Open Cup top-scorer was crowned came back in August of 2019 and the Golden Boot was claimed outright by Darwin Quintero, then of runners-up Minnesota United. But after a two-year pause due to COVID-19, the Open Cup Golden Boot for the 2022 edition finishes in a three-way tangle.

Orlando City star Facundo Torres, the outstanding player of the tournament’s Final, is joined by Rodrigo ‘RoRo’ Lopez of underdog losing Finalists Sacramento Republic and Lucky Mkosena of the Tampa Bay Rowdies – who grabbed a hat-trick against amateurs the Villages in a 6-0 rout in the Second. 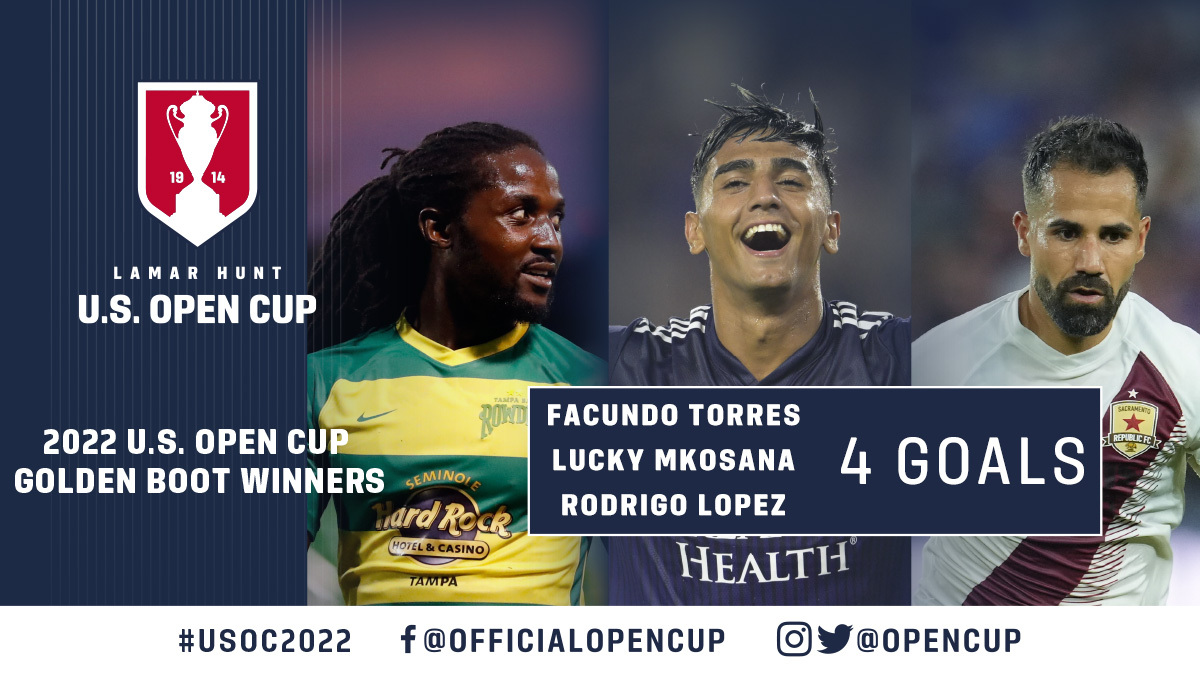 All three players finished the competition with four goals. Torres his four goals in two of Orlando City’s six games, while Lopez claimed his four goals over the space of Sacramento’s seven contests.

Mkosena needed only two games to get his four goals when he followed up his hat-trick with the lone goal for the Rowdies in a losing effort  against eventual champions Orlando City. 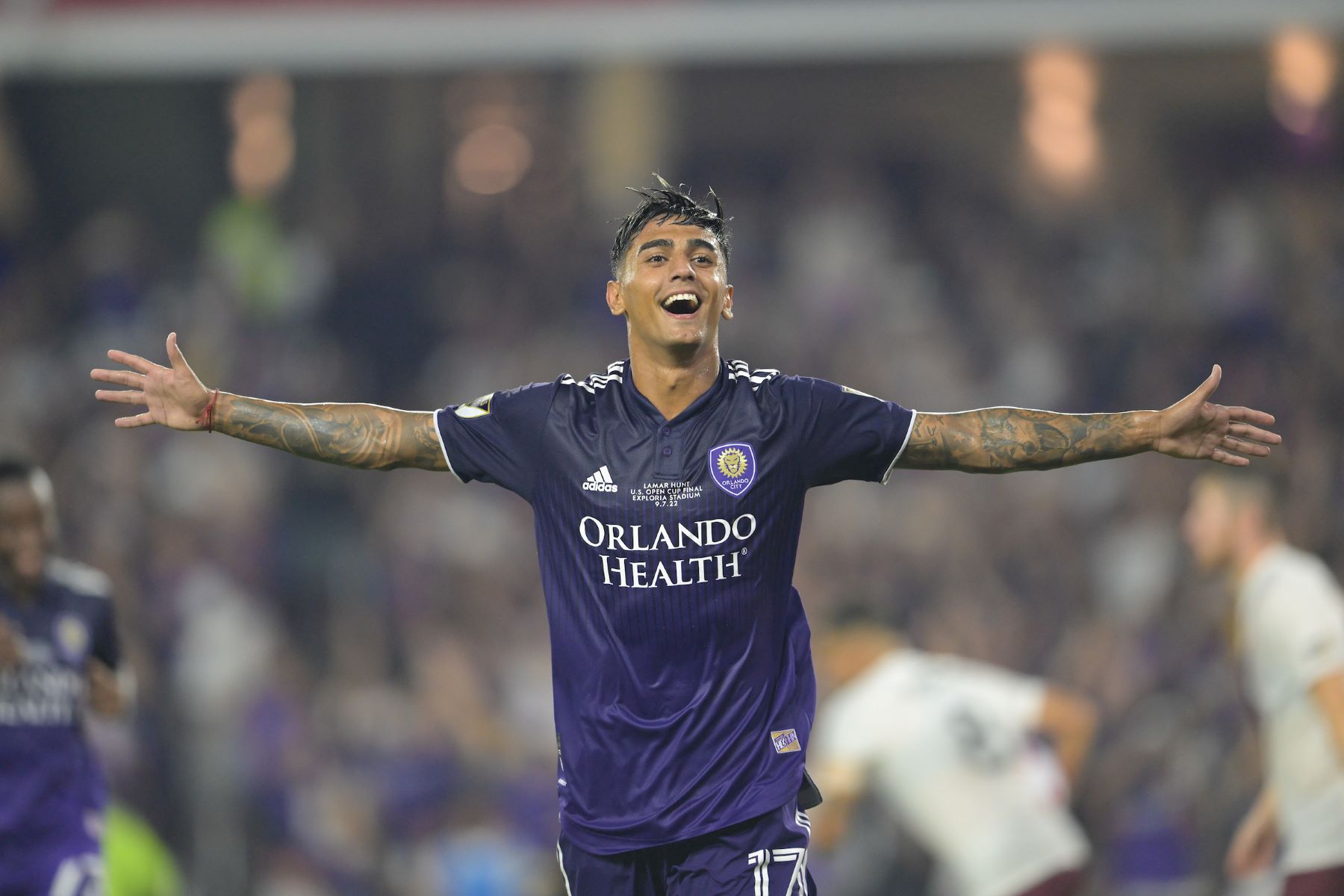 Torres, the 22-year-old Uruguayan, was instrumental in the Central Florida side’s first Open Cup crown. The first of his four goals came in a tense Round of 16 affair against MLS rivals Inter Miami – in the form of extra-time equalizer that sent the game to a penalty shootout. It was also his first goal ever in an Orlando City uniform since joining the club at the start of the current MLS campaign.

Oscar Pareja’s star signing from Uruguayan giants Penarol then went on to add another goal in the 5-1 Semifinal rout of the New York Red Bulls before hitting home twice in the Final. The first in the decider from a sold-out Exploria Stadium on September 7 was a wicked left-footed curler and the second a well-taken spot-kick to help seal a 3-0 win over Sacramento Republic.

Before feeling the sting of bitter tears in the Final, Sacramento Republic Legend Rodrigo ‘RoRo’ Lopez, at the ripe old age 35, was on fire with his finishing in the 2022 U.S. Open Cup.

He helped start off his second-division side’s dream run with a goal in the 6-0 rout of the Portland Timbers U-23s that set the tone for what was to come from the Northern California side. 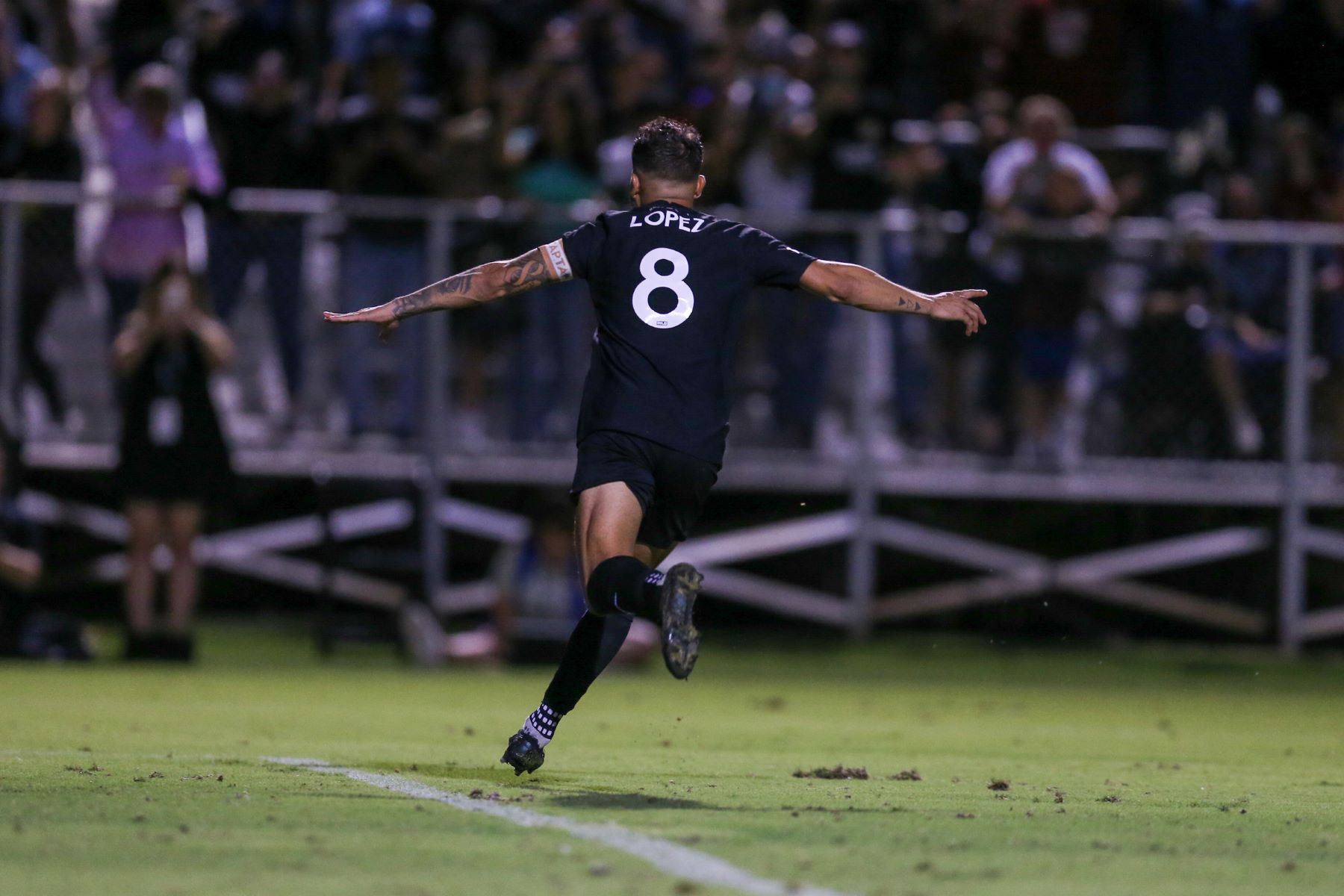 It all could have ended long before the Final for the Republic too, if not for Lopez’s winning penalty deep in stoppage time in the Third Round against third-division outfit Central Valley Fuego. And that was mere prelude to the Round of 16 insurance goal he slammed into the top corner late against MLS’ San Jose Earthquakes in the first of the Republic’s three wins over sides from the country’s top division (Major League Soccer).

In the Quarterfinals – on the road against LA Galaxy – Lopez opened the scoring in just the third minute to put the MLS men behind the eight ball early in what turned out to be a 2-1 win for the overachieving side from California’s capital.

A long-time veteran of the American lower leagues, Zimbabwe-born striker Lucky Mkosena grabbed a trio of his four goals in the Second Round win over Open Cup regulars the Villages.

It was never going to be a similar stroll in the park when the Rowdies met MLS’ Orlando City in the next round. But the 34-year-old veteran still managed to cut the Lions lead in half and give the second-division side a sniff at a comeback. 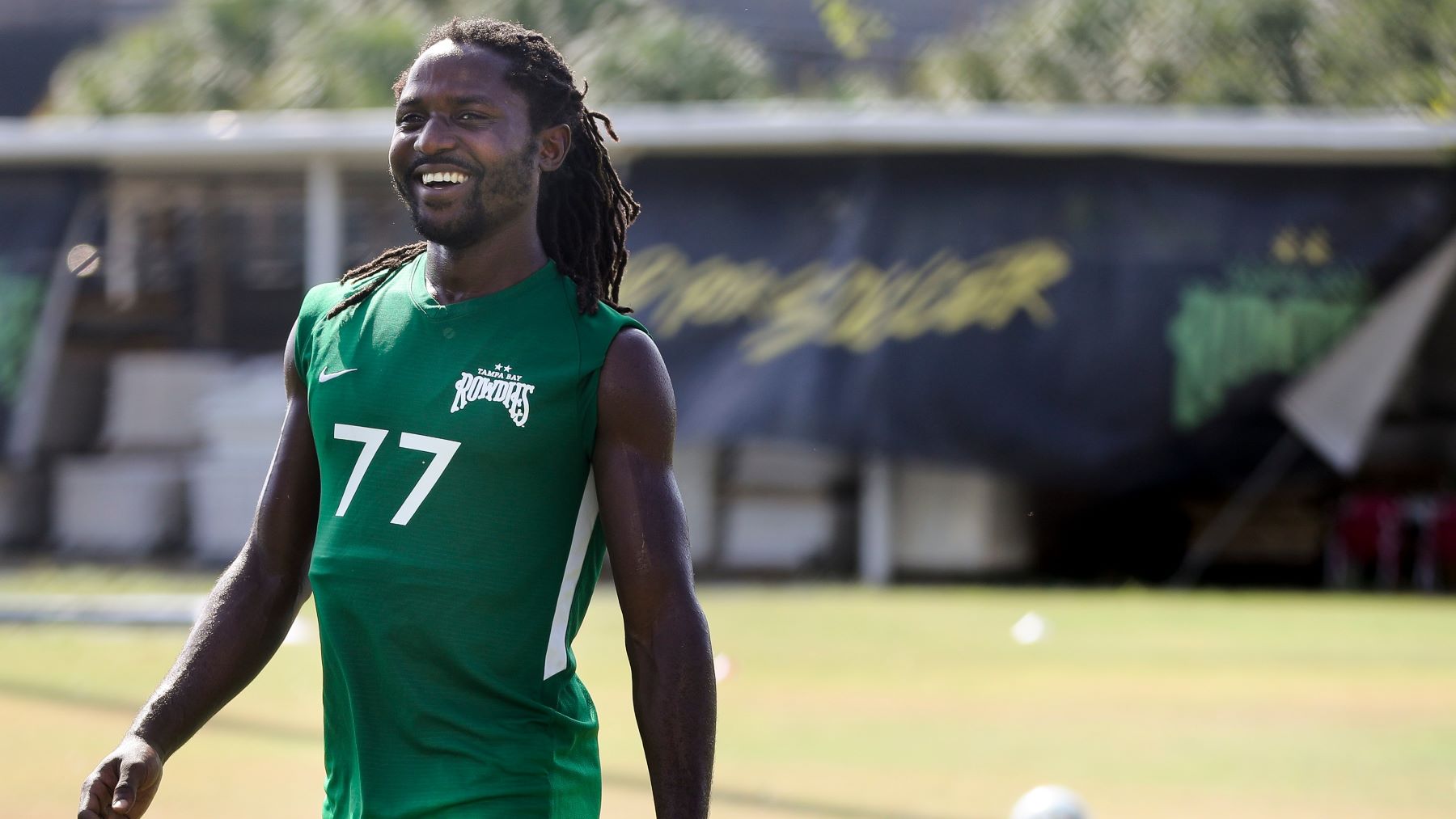 With the 2022 U.S. Open Cup now a matter for history’s consideration, we offer a hearty congratulations to our trio of top-scorers for joining the long list of Open Cup scoring heroes.