The Open Cup returned from two years of hibernation to produce one of the most enthralling editions in recent memory – with MLS’ Orlando City lifting the trophy over the underdog sensations from Sacramento.
Jonah FontelaSeptember 10 2022
Open Cup

Fans of the 109-year-old Lamar Hunt U.S. Open Cup live by its magic moments. And the whole of the 2022 competition – back after a two-year pause for the COVID-19 pandemic – tossed up a good few of those between March and early September. Join usopencup.com for a look back at eight moments and memories to savor from the First Round to the Grand Final at Exploria Stadium, where Orlando City SC won their first trophy as a Major League Soccer side and Sacramento Republic – the lower-league dreamers who inspired us all – finished proud runners-up.

A Field of Dreams in Florida

Orlando City’s entire road to the trophy was down on the field after the final whistle. On that same trimmed playing surface where they won all six of their games – never once having to take the show on the road – the moment was soaked up in some style. There was Mason Stajduhar, the team’s long-time back-up goalkeeper, cancer survivor – and the man who proposed marriage to his girlfriend on that very grass after an heroic winning performance in the early rounds. Oscar Pareja, who dropped to his knees in prayer and claimed his second Open Cup as a coach, had sympathies to offer the fallen side from Sacramento. The wide eyes of young Facundo Torres – two-goal hero of the Final – shone in awed reflection off the fresh-polished Open Cup trophy, while City’s star goalkeeper down the final stretch, Pedro Gallese, was draped in the flag of his beloved Peru. And Junior Urso, disguised behind a bear mask, helped turn a chaotic winner’s podium into a kind of bouncing early Halloween party.

When you wear the right jersey to the @OrlandoCitySC game 👏#USOC2022 pic.twitter.com/DBNPdhBYeG

Among all the heroes of the day, whose names join the unique pantheon of Open Cup winners, one Benji Michel stands out. He entered the game – which resembled a form of medieval combat up to that point – with a half-hour to go. And his presence changed everything. His speed and the timing of his runs, broke brave Sacramento’s resistance. The barricades crumbled. He was involved in both of Torres’ goals and he got his own, the third, deep into stoppage. He held a purple club flag over his shoulder and marched before the fans after the final whistle – this son of the city of Orlando, raised up on its meaner streets. Members of his family, humble Haitian immigrants and a picture of pride, followed in a pack behind him. The 24-year-old homegrown star stayed down on the pitch longer than anyone – delaying the sticky locker room shower of beer and champagne. And one of the home fans, who manned the Wall in relentless chorus for 90+ minutes, went home with Michel’s effort-soaked shirt.

The Ecstasy and its Agony

Every Open Cup Final ends the same way. Ecstasy and history for one. Agony for the other. Several of Sacramento Republic’s players fell to their knees in instant desolation at the final whistle. But with a dignity in adversity they’ve shown throughout all seven games of their magical 2022 Open Cup run, they dusted themselves off and made their way over to the section of the stadium where over 1000 of their fans, who traveled the whole of the country in hopes of a dream being realized, cheered them on to an unlikely outcome. The Republic, who left three MLS teams in their wake in this competition, just couldn’t hang on against a late Orlando surge. And as if any further proof were needed of the essence and spirit of this heroic club, team hero and aging veteran, Rodrigo ‘RoRo’ Lopez – with his consolation silver around his neck – dragged his reluctant teammates to the winners’ podium to send Orlando City up to the trophy with handshakes and well wishes – and thanks for a damn good game. That simple act, and the whole of Sacramento Republic’s 2022 Cup run, will linger long in the memory. 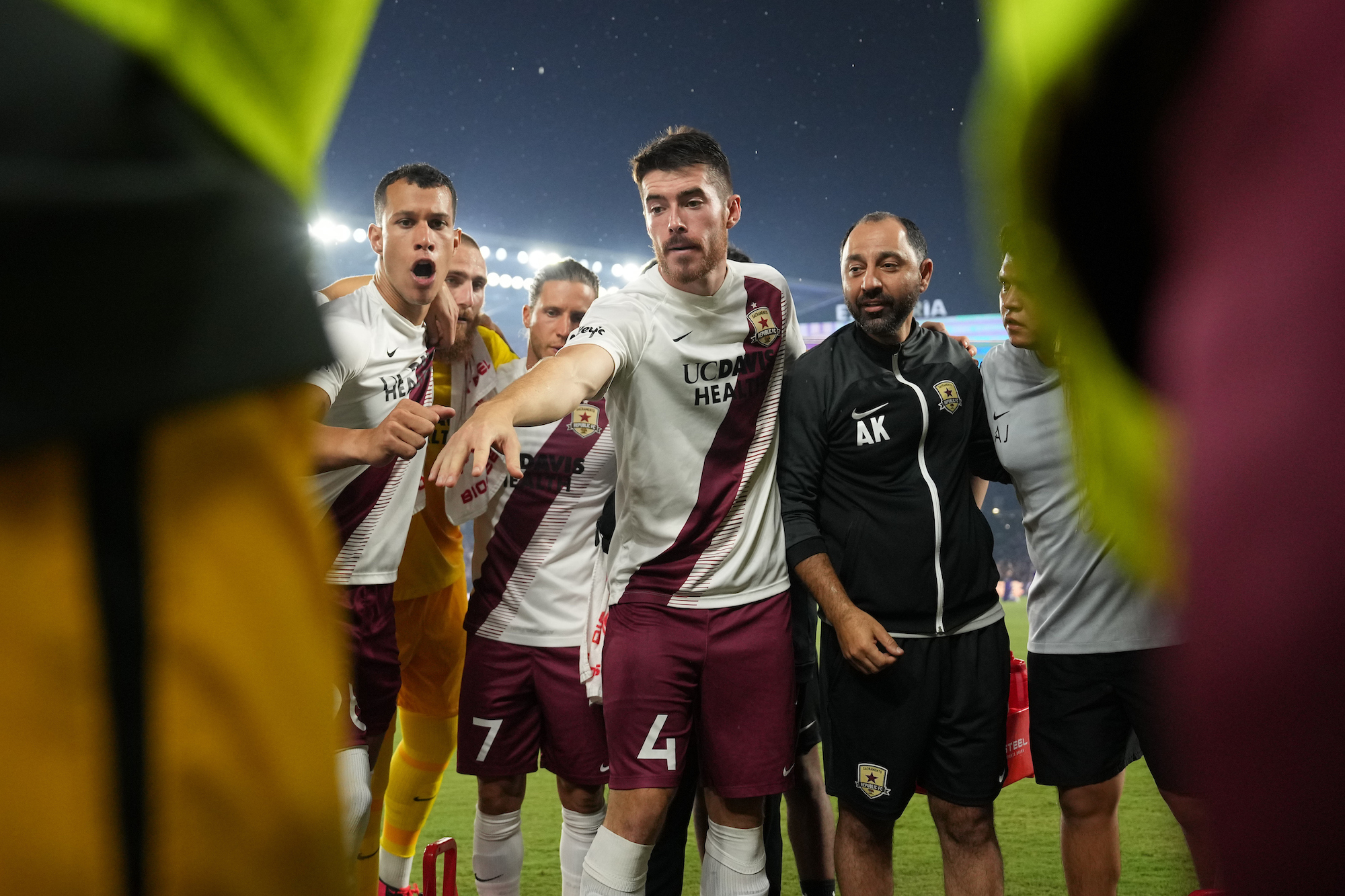 Top Scorers from Across the Board

A trio of players scooped the Golden Boot – the honor bestowed on the tournament’s top-scorer each year. From the winning side out of Orlando it was Facundo Torres. This outstanding 22-year-old dynamo represented, in miniature, the difference between the two teams in the Final. His four goals, two in the Final and two more in the previous rounds, were instrumental in Orlando’s run to the title. Lopez, a veteran playing out his swang song, was the icon of his Republic side. The best of his four goals came late against the San Jose Earthquakes (the first MLS notch on the team’s belt). And goals aside, Lopez’ perseverance and guile seemed to encapsulate his side��s brave run. It was fitting that it was he who hit the winning penalty in the home win over Sporting KC that made the Republic the first lower-league side since 2008 to reach the Open Cup’s Final.

Far away from the fireworks and 25,000-strong sellout crowd of the Final, 34-year-old Lucky Mkosena, of the USL Championship’s Tampa Bay Rowdies, put four away against the amateurs from the Villages. That reminds us, and we’d do well to hear it, that the Open Cup is a tournament for all. 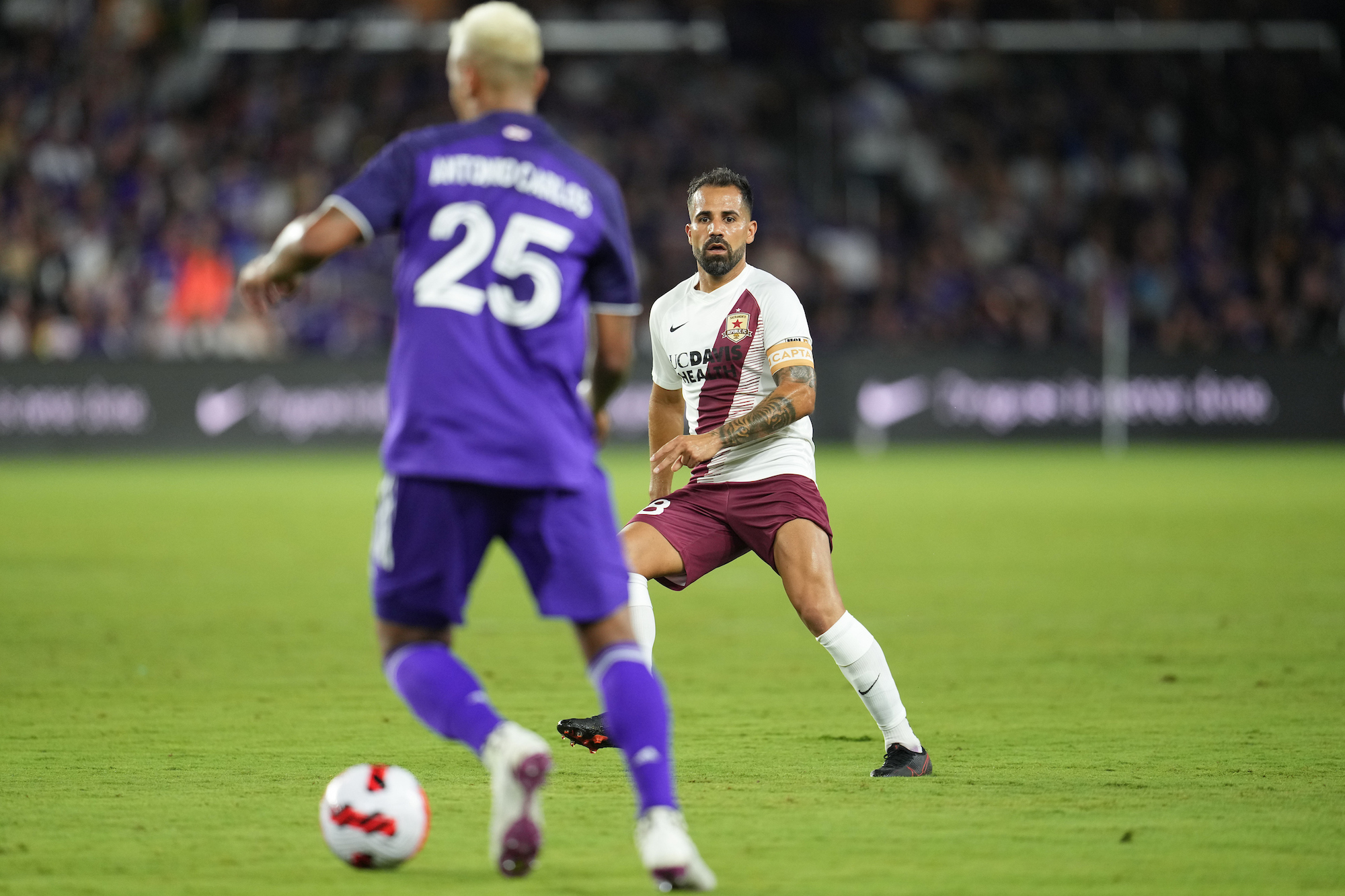 Our Underdogs – In Memoriam

Let’s remember them now. Those clubs who punched above their weight and gave us the Cupsets and the thrills we thrive on in this most unique of American sporting competitions. We won’t forget NC Fusion, those wide-eyed college grads hanging on for a few extra seasons, and how they made the pros from Charlotte Independence blush. South Georgia Tormenta, you too. What a start to the competition – keeping the Battery and Legion from the division above you off the board. Let us not forget Detroit City FC, whose win over Columbus Crew in their red-brick cauldron of Keyworth Stadium helped us all remember the power of dreams. So did the Cal United Strikers, and their 15-year-old prodigy Marcus Lee, when they stretched MLS’ LA Galaxy to the limits under a mournful Southern California sunset.

It would be wrong not to single out, for special praise and consideration, those Owls of Union Omaha. “We play every game to win,” said Jay Mims, coach of the third-division side from Nebraska whose Quarterfinal run past four-time champions the Chicago Fire and 2019 runners-up Minnesota United (both of the top-flight MLS) will live on forever.

Wins and Loss for FC Motown

FC Motown are regulars at our table. And they were the amateur team that reached farthest in this 2022 Open Cup. The boys from Morristown, New Jersey – who all work day jobs – were rugged and difficult in all the ways you’d expect. Their outstanding goalkeeper, David Greczek, a plumber by trade, was a wall in their early wins. Speedy wide man Nerlin Saint-Vil was a nightmare for all who squared up to him and Joe Fala, the big man who used to bang in the goals as a Ramapo Roadrunner, was an old-fashioned No9 you couldn’t help but root for. What they achieved as a club here in the Open Cup was all the more remarkable considering they did it under a shadow of worry and grief. Their teammate, Sainclair Tueno, was struck by a car on the eve of the game against Rochester NY FC and he clung on to life before passing away in May. Let us take a moment to remember one of their family (and ours) lost this year. 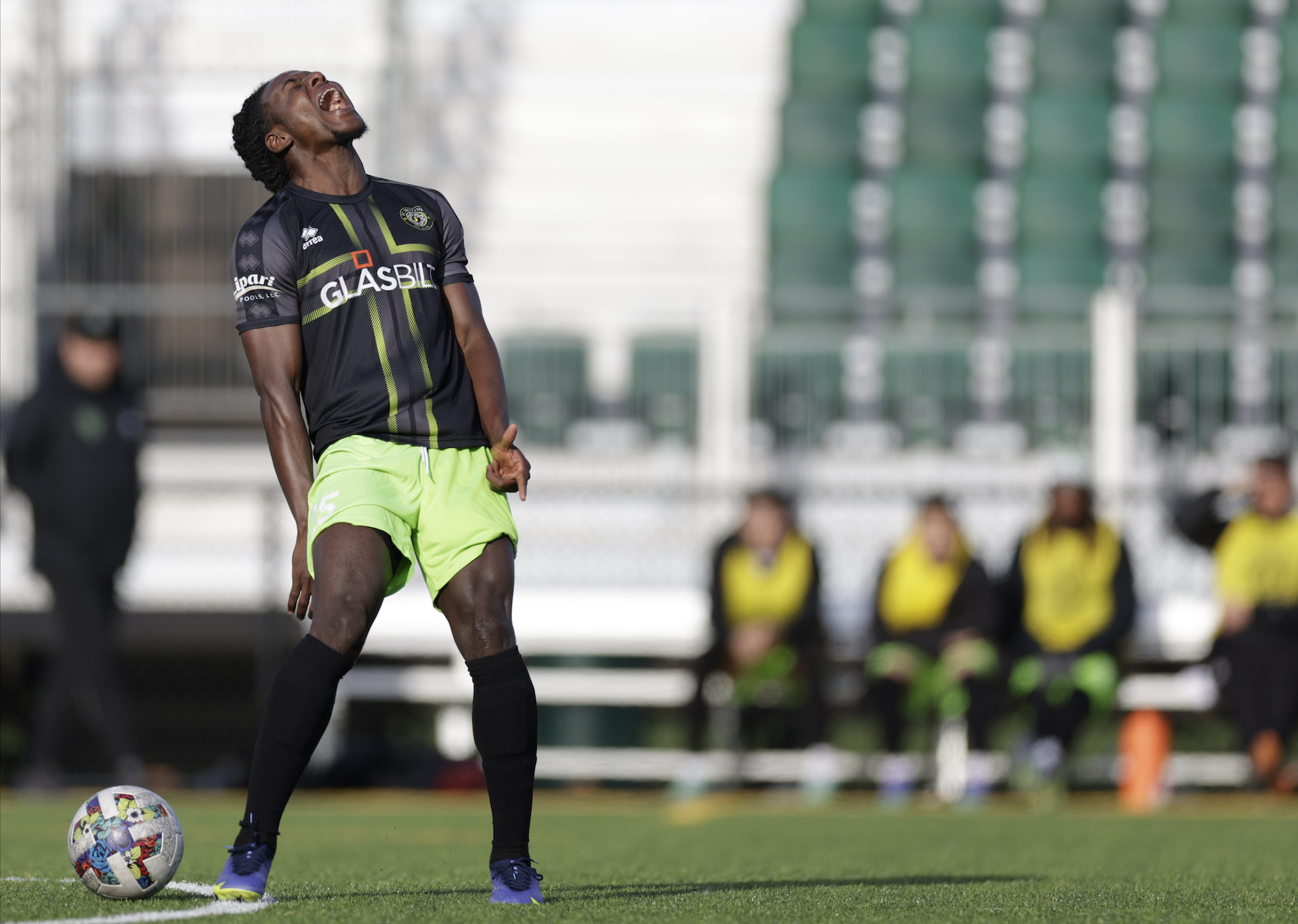 We know the limit of statistics here at the Open Cup – where we stand firm for the primacy of magic and all the essential intangibles. But, as has become tradition, we’ll pick out a few of the broader numerical considerations worth pondering. 103 teams started out in the 2022 Open Cup and when it was all whittled down to two, one of those, Sacramento Republic FC of the second division USL Championship, were still at the table. That means 27 Major League Soccer clubs – the moneyed creme de la creme of American soccer, were not there. This edition of the tournament was only the third time since 1996 – the year MLS was founded – that a lower-division team reached the Final. 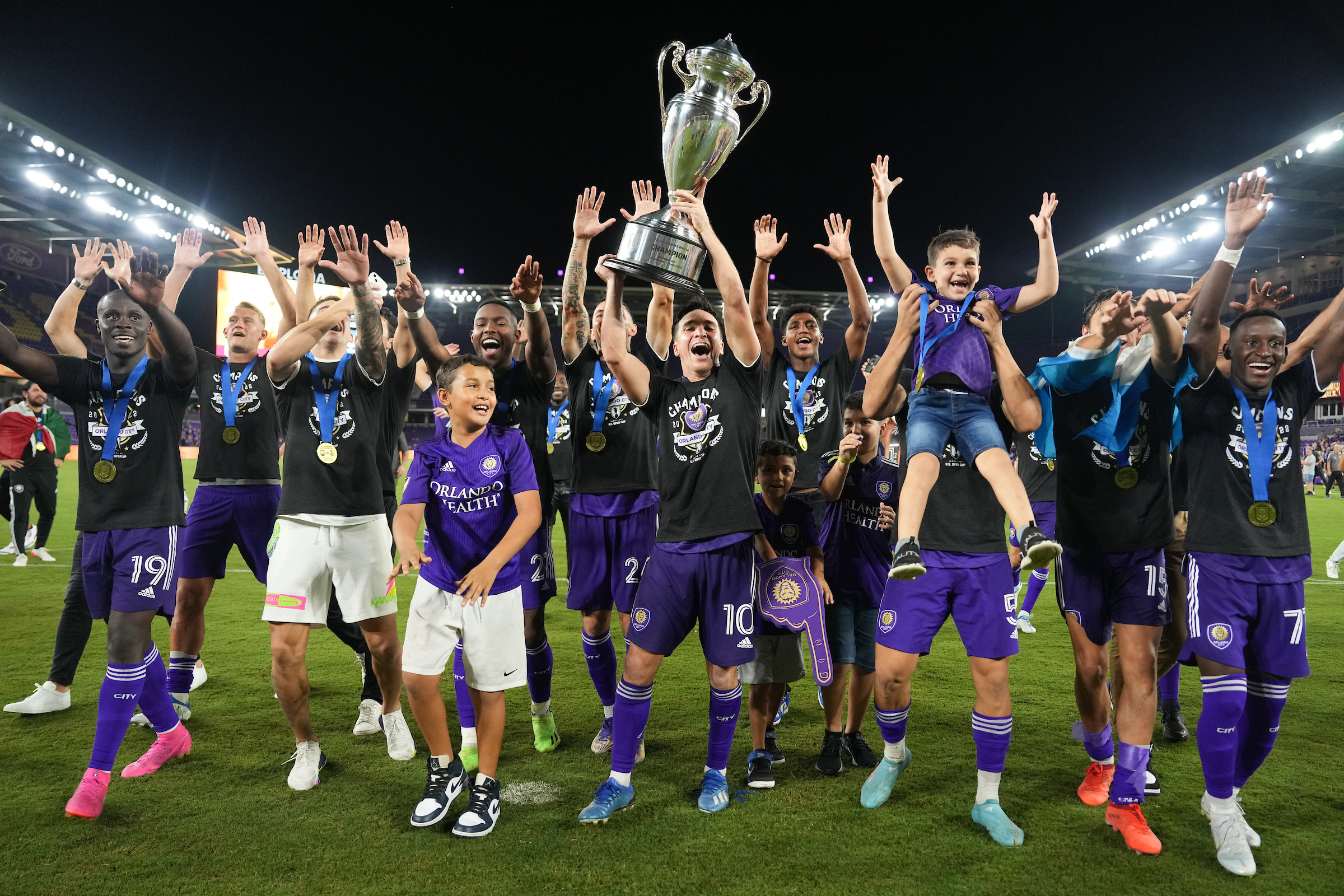 Fresh Start and a Welcome Return

The Open Cup – the oldest soccer tournament in this country and one of the oldest in the world – was missed in 2020 and 2021. There was a mothhole in the tapestry of American soccer. A competition, built on possibility and inclusion, the Lamar Hunt U.S. Open Cup has returned in triumph. The 2022 installment had everything you’ve come to expect – but seemingly more. From Sacramento’s run to the Final, to the exploits of every minnow swimming upstream in search of something, and a first-time winner out of Florida – the tournament was every inch the showpiece. And we’re so glad to be back. To feel again the Magic of the Cup – a cliche, sure, but a sensation you know if you know.

As we return to a sense of continuum and comfort, let us remind you, all of you, that Open Division amateur qualifiers for the 2023 event kick off on September 17th. The likes of Vereinigung Erzgebirge and the Athletic Club of Sloan's Lake will take their first steps on the road to a rare dream.

Good luck to all, and thank you. For everything.