SC Vistula Garfield are flying the flag for the ethnic clubs of old as the North-Jersey side, with deep Polish roots, take aim at an historic berth in the U.S. Open Cup in their 70th anniversary year.
Jonah FontelaDecember 12 2022
Open Cup

The Vistula social club at the corner of Main Street and Plauderville Avenue in Garfield, New Jersey is, for many, a small slice of a place called home. For the Polish immigrants who came to the U.S. in waves starting in the early years of the 20th century, and through both World Wars, it was a place to hear the old language and smell the old smells.

“Our club was founded in 1952,” said Chris Karcz, the 39-year-old player-coach of SC Vistula Garfield – the Polish club celebrating its 70th anniversary year. “The clubhouse is still up there in Garfield, with the bar, and we can use it anytime we want for hang-outs and get-togethers.

“It’s great for team bonding,” added Karcz, whose Vistula side – with a lot of talent and a little bit of luck – are through to the Final Qualifying Round of the 2023 Lamar Hunt U.S. Open Cup.

Karcz’ father also played for the club. The traditions of Vistula are very much in his blood. He grew up playing with and against the youth teams and he now helps out with coaching some of those same teams when an extra hand is needed.

“The first team has really taken on the personality of Coach Karcz,” said President Dariusz Wesolowski who sees Vistula as more “a way of life” than a club. “He’s extremely kind off the field and a hard-worker and never-say-die guy on it.” 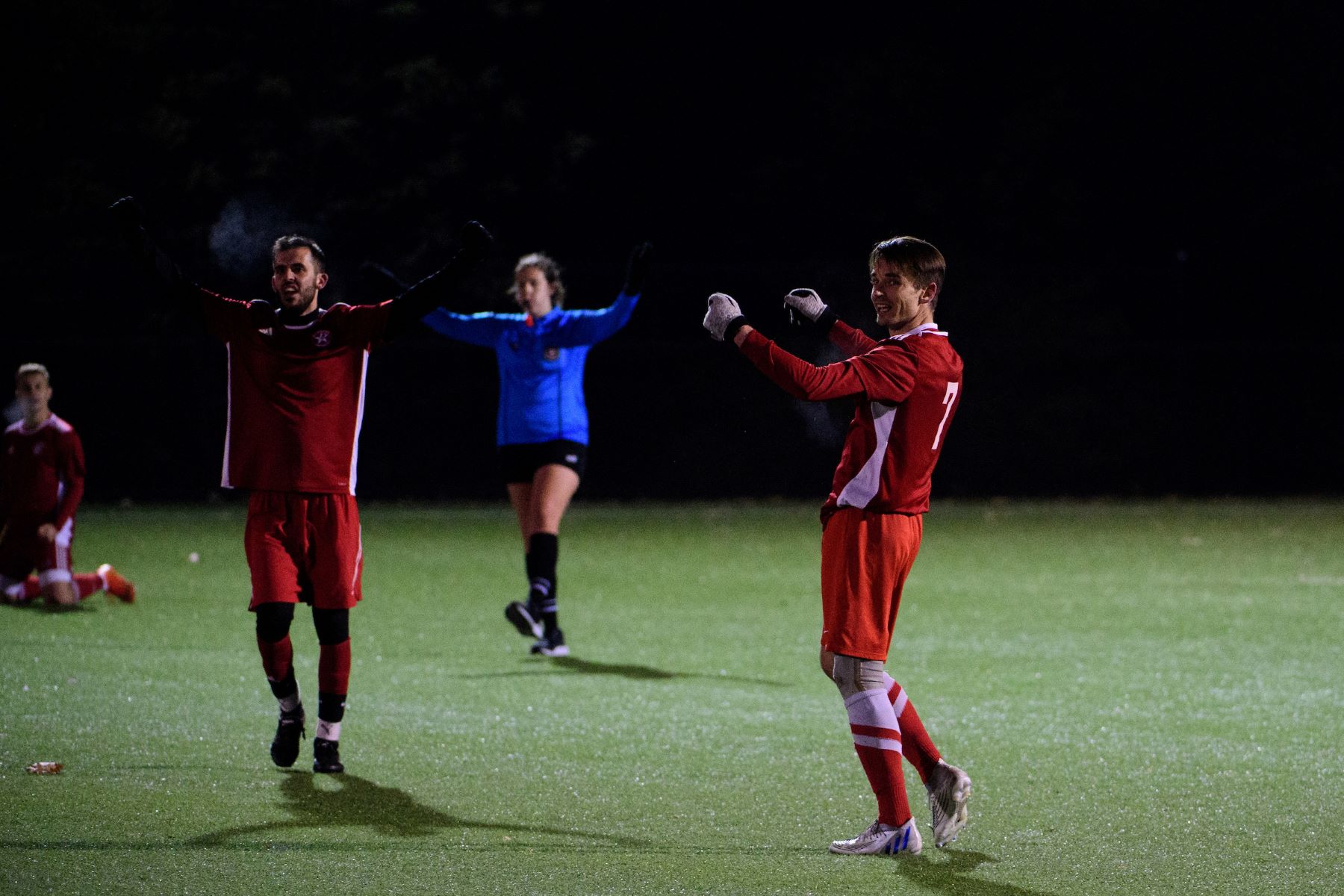 The Vistula club is named after a river that snakes out of the Carpathians and through to Poland’s capital of Warsaw – and it has connections to the Legia Warsaw club back home. It’s the oldest Polish soccer club in the country, though Polonia of Milwaukee might argue that point. It is, without doubt, one of a proud panoply of ethnic clubs that helped keep the game of soccer alive after the folding of the American Soccer League (ASL) in 1934 and the North American Soccer League (NASL) fifty years later.

From 1936 to the start of the Modern Era of the tournament, in 1995, the Open Cup crown was almost exclusively worn by clubs from the ethnic leagues. They had names like the New York German-Hungarians, the Philadelphia Ukrainian-Nationals and the Maccabees of Los Angeles.

And precious few of them remain.

Karcz played with current U.S. Men’s National Team and Arsenal goalkeeper Matt Turner in the 2015 and 2016 Open Cups as part of the New Jersey Express. On both occasions, he was knocked out by a revived New York Cosmos who boasted Spanish legends Marcos Senna and Raul.

“North Jersey is filled with talent,” said Karcz, whose Vistula side face a win-and-you’re-in Fourth Rounder with local powerhous Lansdowne Yonkers on December 17 in nearby Clifton. “A lot of the guys come back after college and join up with us. They bring their friends along too. Over the past two years we’ve done a great job of recruiting, and we’re improving all the time.” 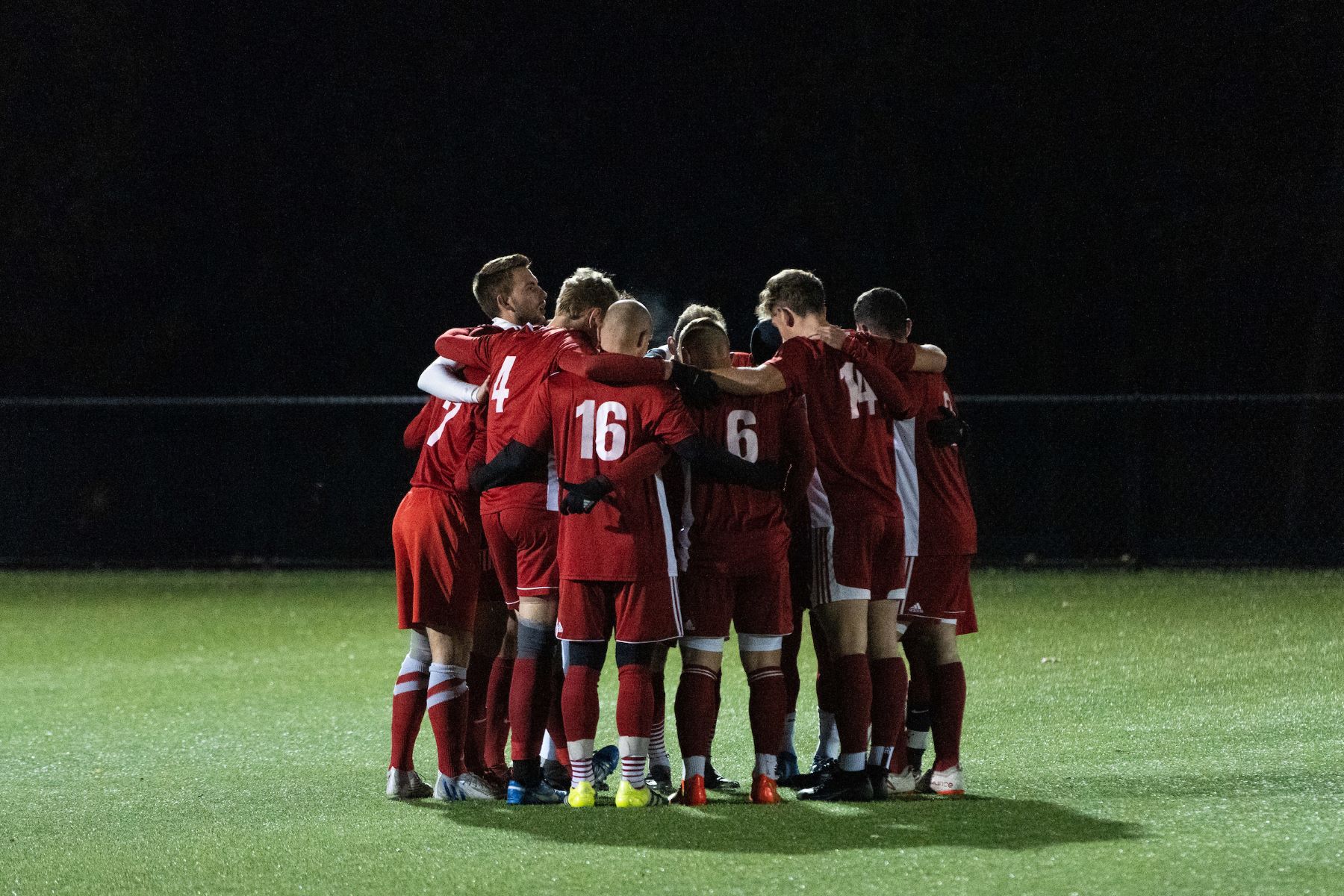 Vistula is a ‘way of life’ according to President Dariusz Wesolowski

Surrounding the small city of Garfield, where a large percentage of the population is of Polish descent, you’ll find some of the best amateur teams in the country. In a radius of 20 miles, there's the NY Greek-Americans and all the teams of the historic Cosmopolitan League.

It was one of those teams, the NY Pancyprian-Freedoms, that Karcz’ Vistula beat to start this unlikely run toward what would be a first-ever berth for the club in the modern Open Cup.

“That first game against the Pancyprians was our toughest game,” said Karcz of the slim 1-0 win over the three-time Open Cup champions (1980, 1982 and 1983) from Queens. “We were short on numbers and we conceded possession to them, but we got one chance in the 89th minute and we took it.”

This “efficient approach” that Karcz describes has also seen Vistula slip past fellow Jersey side the Jackson Lions and, most recently, IASC Boom from way up north in Rochester. All of Vistula’s three wins have come via one-goal margins – and they’ve never scored more than two goals in a game. 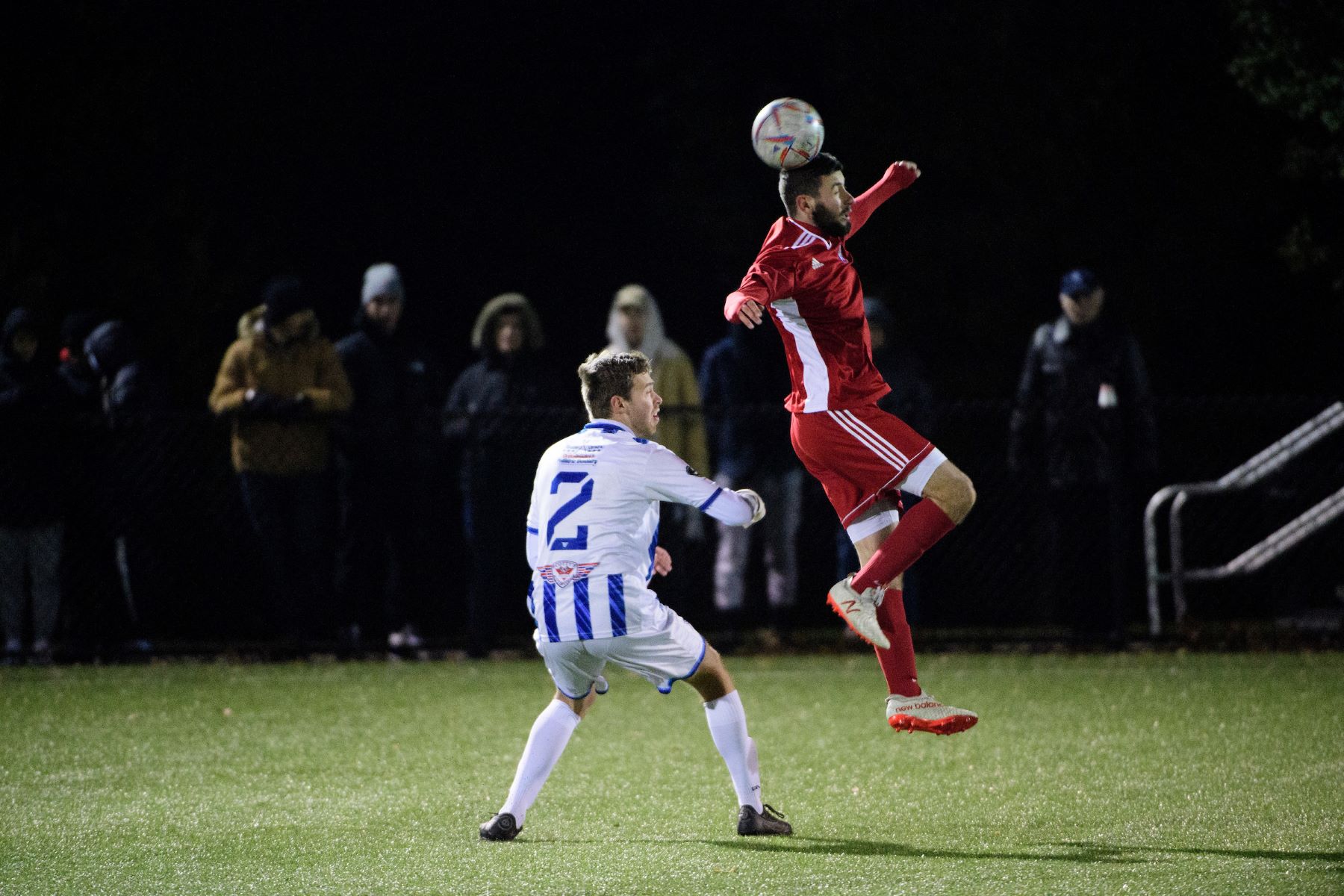 “We all went back to the clubhouse after that win over the Pancyprians,” said 24-year-old Chris Kondratowicz, a center-back currently getting his PhD in Mechanical and Aerospace Engineering at Princeton. He joined the club when he was eight-years-old and played through his undergraduate years at the Stevens Institute of Technology in nearby Hoboken.

“All the old-timers were there buying rounds for us and they partied with us late that night – they were so insanely proud,” added the Bergen County born-and-raised Kondratowicz, whose three siblings are also part of the club where his father once served as president. “As someone who’s grown up in the club, this year’s just so special.”

The Bhoys of Yonkers a Tough Test

Up next will be the stiffest test yet for this club. Lansdowne Yonkers, founded by Irish immigrants in 1997, don’t have Vistula’s history. But they do have one of the top amateur sides in the country. And the 2021 National Amateur Cup champions are looking to qualify for the Open Cup Proper for a second consecutive time.

“It’s another great team we have to play,” said Karcz, who likes to send his squad out with an organized defense to make it “difficult for the other team” to score. “It will be tough for us. But we have the kind of players we need to take our chances if we get them.” 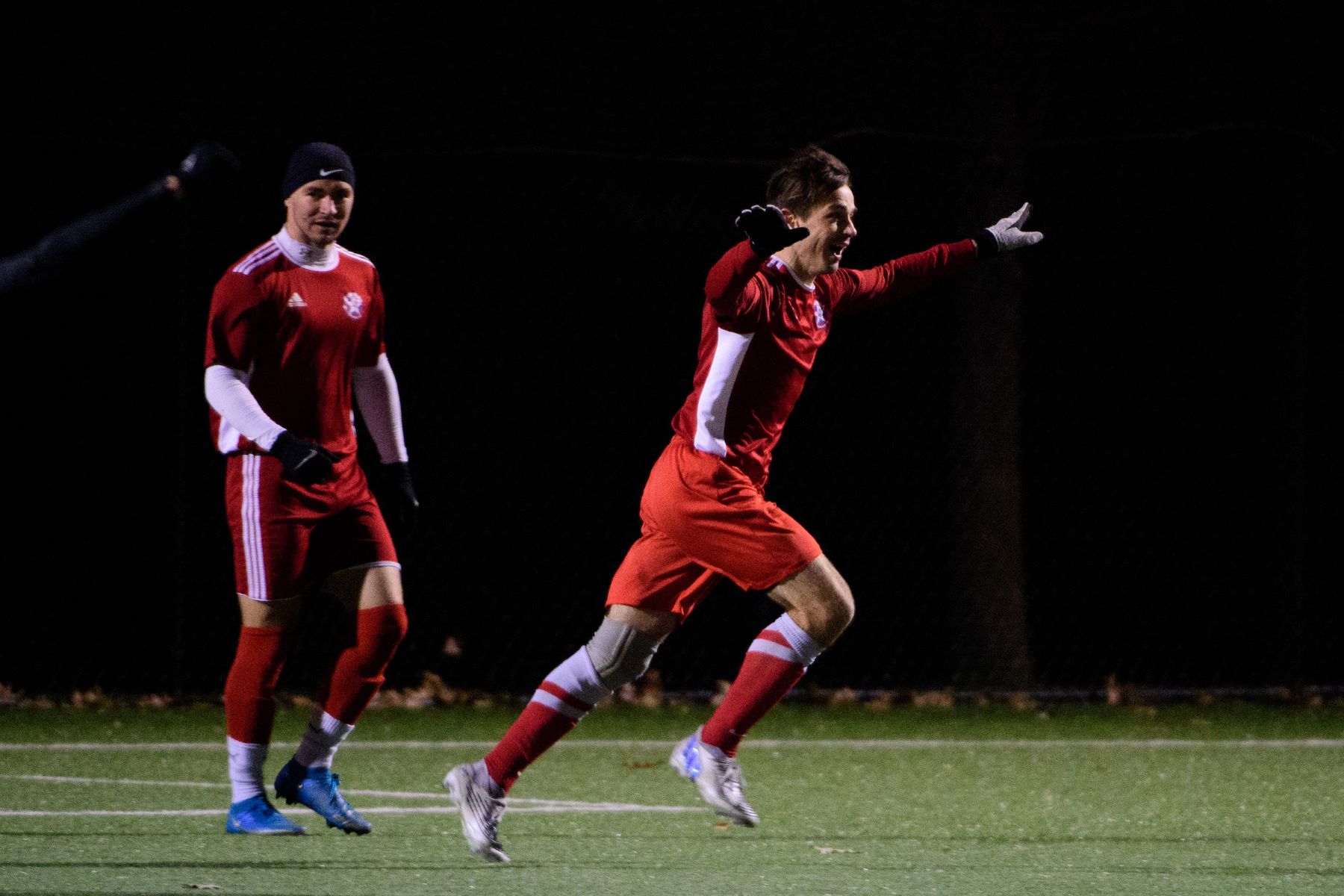 Karcz celebrates a goal for Vistula in Qualifying

Win or lose, the year 2022 is still special for this club steeped in history – where the players of today drop their gear and take up a stool at the clubhouse bar like Karcz’ father did decades ago. But a berth in the Open Cup, just one win away, is too tempting to not consider.

“It would be amazing for us,” smiled Karcz, hoping for one more party at the clubhouse on Saturday night. “The whole Polish community in the area is supporting us. The last game [against Rochester’s IASC Boom] it was freezing, with temps in the 20s, but the people came out to support us anyway.

“To make the tournament in our 70th year, that would be the cherry on top.”