Telemundo Becomes The Exclusive Spanish-Language Home Of The U.S. National Teams Across Platforms Beginning In 2023; Agreement To Feature All U.S. Soccer Men And Women’s National Team Friendlies And Other High-Profile Matches; All Matches Will Be Available To Stream On Peacock; Soccer Hall of Famer, Six-Time Emmy Award-Winner Andres Cantor To Provide Play-By-Play
January 17 2023
Featured

MIAMI, Fla. – January 17, 2023 – Fresh off the heels of a record-breaking presentation of the FIFA World Cup Qatar 2022™, NBCUniversal Telemundo Enterprises and the U.S. Soccer Federation today announce a multimedia rights agreement that will make Telemundo the new exclusive Spanish-language home of the Women’s and Men’s National Teams across all platforms, including Peacock, in the United States.

“Building off the momentum of a historic World Cup 2022, we are proud to partner with the U.S. Soccer Federation and become the new exclusive Spanish-language home of Team USA. The U.S. National Teams will be a cornerstone of our portfolio of premier sports franchises, multiplatform live sports offering and new IP content creation,” said Beau Ferrari, Chairman, NBCUniversal Enterprises. “We look forward to together propelling the growth of soccer in the United States and serving our audiences across all platforms, as we build toward the FIFA Women’s World Cup in 2023 and FIFA Men’s World Cup in the United States, Mexico and Canada in 2026.”

“We’re incredibly excited to begin our partnership with Telemundo as we continue to bring the passion of our sport and National Teams to Spanish-speaking audiences,” said U.S. Soccer Federation President, Cindy Parlow Cone. “It’s a special time for soccer in the United States, and Telemundo’s commitment to double-down and amplify the sports growth through their unparalleled portfolio of platforms serves as an incredible foundation of the partnership. With Telemundo as the rights holder of the FIFA World Cup, the FIFA Women’s World Cup, Olympic Games, and the Premier League, there will be prominent opportunities to highlight our players and teams to bring unprecedented access to fans during marquee moments.”

The deal will include and culminate with coverage of special events and content opportunities during Send-Off matches and leading up to, during and following the 2023 FIFA Women’s World Cup, the 2024 Olympic Games in Paris, and the 2026 FIFA World Cup which will be co-hosted among Canada, Mexico and the United States. Holding the rights to broadcast the crown jewels of world soccer - the FIFA World Cups for men and women as well the Olympic Games – Telemundo is uniquely positioned to showcase U.S. Soccer’s athletes when the eyes of billions will be watching.

The partnership begins in 2023 with U.S. Women’s international friendly matches against New Zealand today, Jan. 17 and Friday, Jan. 20 airing live at 10:05 p.m. ET on Universo and streaming on Peacock and the Telemundo app.

Marquee matches will follow next week in Los Angeles as the U.S. Men’s team faces Serbia on Wednesday, Jan. 25 on Universo and Colombia on Saturday, Jan. 28 on Telemundo at the start of the 2026 FIFA World Cup™ cycle. All matches will stream live on Peacock and the Telemundo app. Complete schedule to be released in the coming weeks.

Telemundo will have exclusive rights to live event coverage, as well as the opportunity to create ancillary programming, such as original content and behind-the-scenes pieces produced by Telemundo Streaming Studios among additional content opportunities throughout the NBCUniversal Telemundo portfolio.

The partnership with the U.S. Soccer Federation will provide the opportunity to leverage Telemundo’s leading lifestyle and entertainment programming and platforms, as well as NBCUniversal’s promotional power across English and Spanish-language platforms, to further expand the offering to Hispanic audiences and leverage the community’s powerful soccer fandom.

“We are uniquely positioned to offer the most complete Spanish-language coverage of our U.S. National Teams and their road to the biggest soccer tournaments in the world with the quality production and authenticity only we can deliver,” said Eli Velazquez, Executive Vice-President, Sports, Telemundo. “We are thrilled to partner with U.S. Soccer and leverage our world-class commentary team led by Andres Cantor to further elevate the fandom for our National Teams among Latinos across every screen.”

Telemundo is the destination for the premier sports programming in Spanish language, delivering a comprehensive offering of live and studio programming and coverage of the most significant and in-demand sporting events, including FIFA through 2026. In addition to the FIFA Women’s World Cup Australia and New Zealand 2023™, this year’s line-up includes serving as the exclusive U.S. home for Liga MX’s Chivas de Guadalajara home matches and Spanish-language coverage of the Premier League. Telemundo Deportes will again deliver Spanish-language coverage of NFL’s Sunday Night Football, continuing the historic momentum from airing Super Bowl LVI, the most-watched NFL game in Spanish-language history and the decade’s highest-rated Spanish-language non-soccer sporting event.

NBCUniversal Telemundo Enterprises leads the media industry in the production and distribution of Spanish-language content for U.S. Hispanics and audiences around the world. The company serves U.S. Hispanics through its national broadcast network, the cable network Universo, and digital platforms including the Telemundo app and streaming services, such as Peacock, among others. The Telemundo Network offers Spanish-language entertainment, news, and sports content reaching 95% of U.S. Hispanic TV households in 210 markets through 30 owned stations and 61 affiliate stations. Telemundo also owns an independent station serving Puerto Rico. Telemundo is the exclusive U.S. Spanish-language home of the world’s two most popular sporting events, the FIFA World Cup and the Olympic Games, as well as the Premier League and Mexican soccer team Chivas. The #1 producer of scripted Spanish-language content in the U.S., Telemundo Global Studios includes Telemundo Television Studios, Telemundo Streaming Studios, and Underground Producciones. Telemundo’s new Tplus content brand on Peacock features programming developed for the full spectrum of Hispanics. NBCUniversal Telemundo Enterprises is a division of NBCUniversal, a subsidiary of Comcast Corporation.

Founded in 1913, the U.S. Soccer Federation has been the official governing body of the sport in the United States for more than 100 years. During that time, the sport has grown tremendously at all levels. As U.S. Soccer looks towards the future, its mission is to make soccer the preeminent sport in the United States. With a long-term and strategic approach, U.S. Soccer aims to accomplish its mission by supporting its members to increase participation at the youth and adult levels, develop world class players, coaches, and referees to consistently win at the highest levels on the international stage and serve the fans by engaging with them in deeper and more meaningful ways. For more information, visit ussoccer.com 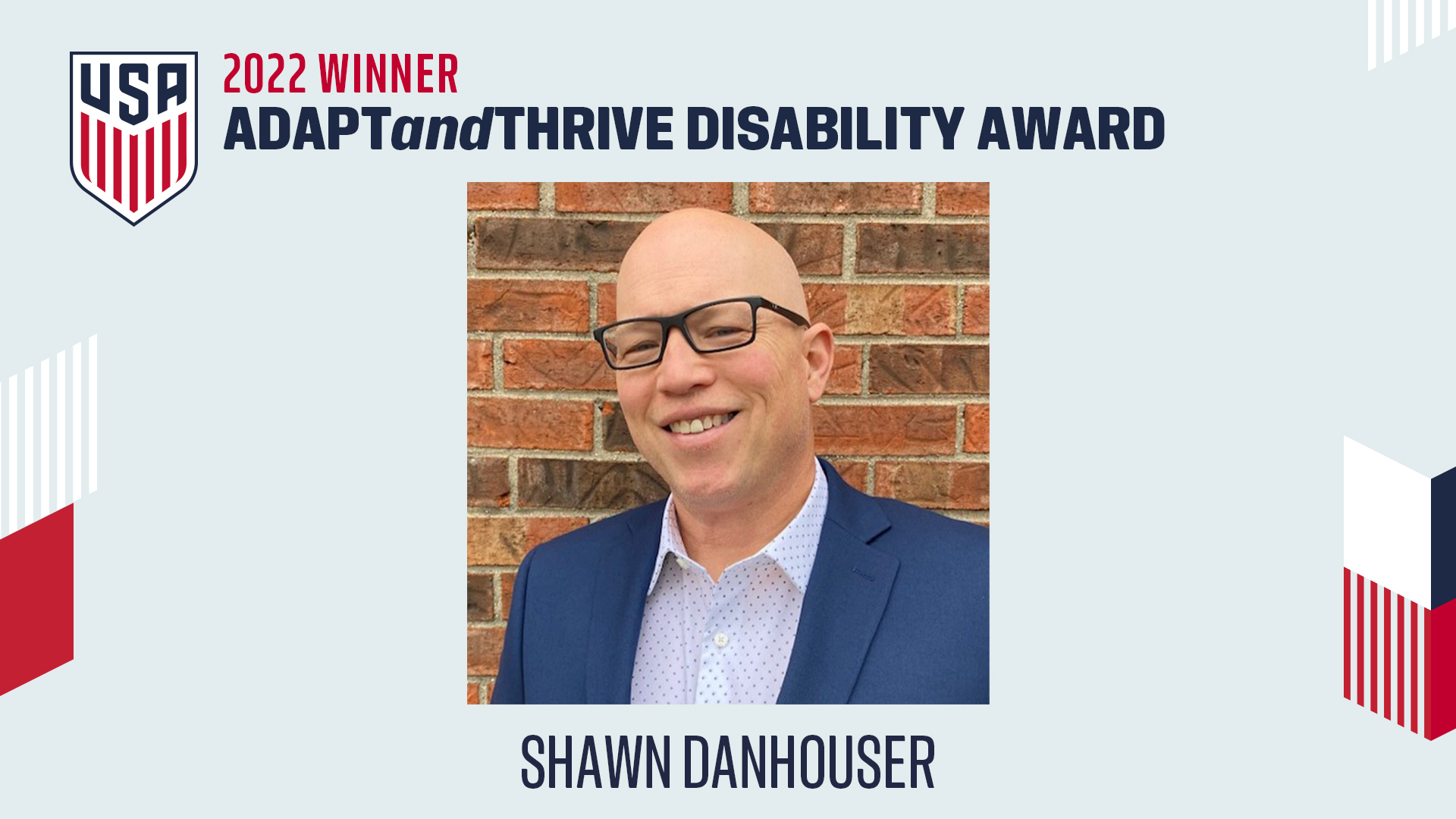 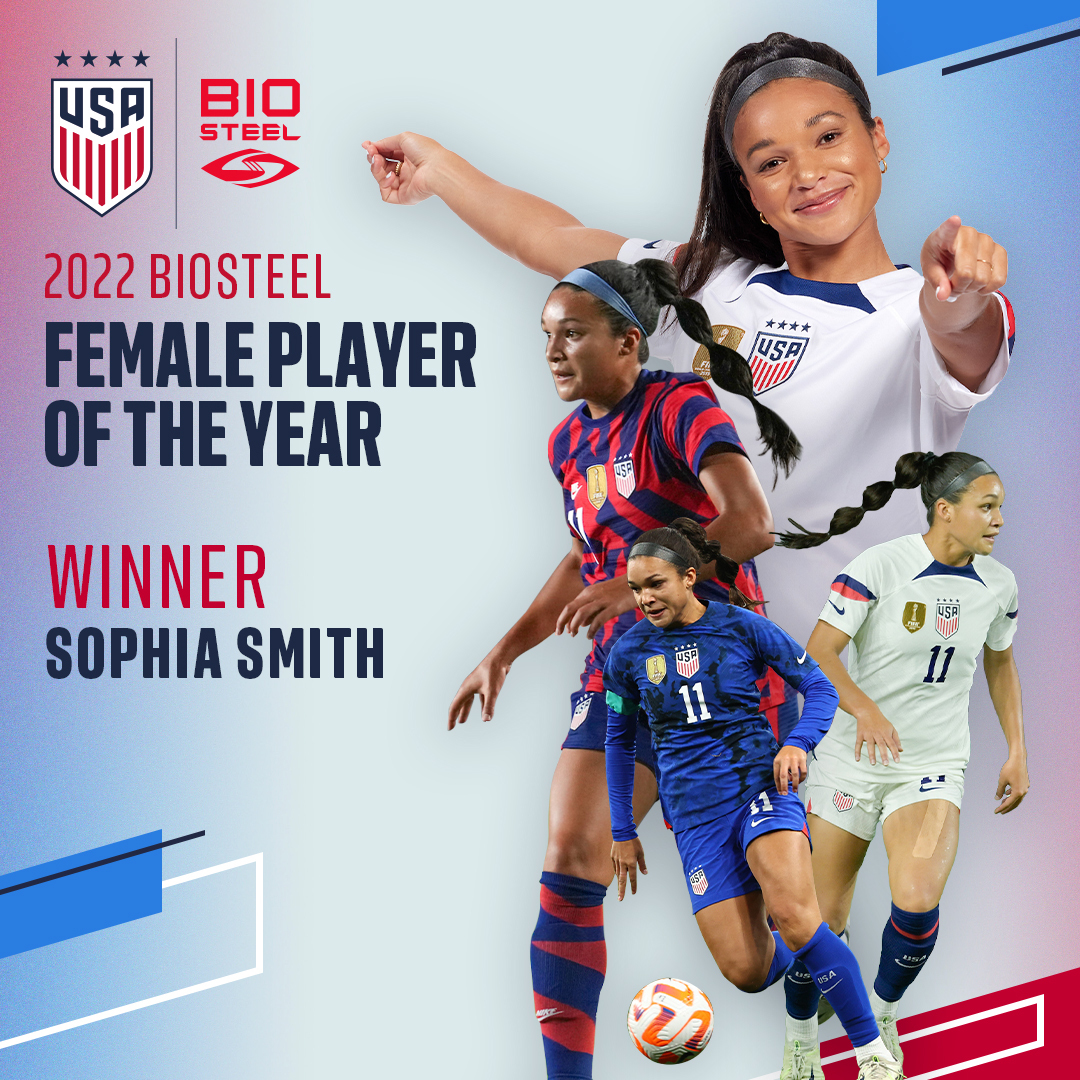