While the English Football League Championship regular season ended this past weekend, there are still a few appetizing contests that remain. The four clubs that finished between third and sixth place will take part in the league’s Promotion Playoffs beginning May 13 and two U.S. MNT players are involved.

Here are five things you should know:

As MNT defender Tim Ream described in this piece, the English Football League Championship season is a slog. With 24 teams in the second tier of the English setup, the schedule requires 46 league matches, which when combined with the FA Cup and League Cup require many teams to play a minimum of 50 competitive fixtures in a season.

While the top two teams in the Championship gain automatic promotion, the sides that finish in third through sixth place go into the league’s promotion playoffs. Here’s a look at the way the four teams entering this year’s playoff finished the campaign:

The playoff format is simple, with No. 3 side Reading facing No. 6 Fulham, while No. 4 Sheffield Wednesday takes on No. 5 Huddersfield Town. The two series are home-and-away aggregate contests, with the winners set to meet in the Championship Final on May 29 in front of 90,000 spectators at famed Wembley Stadium in London.

That game is often deemed as the richest match in club football, with the winner not only gaining a place in the Premier League the next season, but also the minimum £170 million payout that comes with it.

So why should you care?

Well, two U.S. Men’s National Team players are involved in this year’s promotion playoffs and will actually face each other in the semifinals as Danny Williams and Reading are set to take on Ream and Fulham for a berth in the final.

In the other Semifinal, former U.S. international David Wagner, who is now the manager of Huddersfield Town, leads the Terriers against Sheffield Wednesday.

U.S. Players That Have Been Promoted 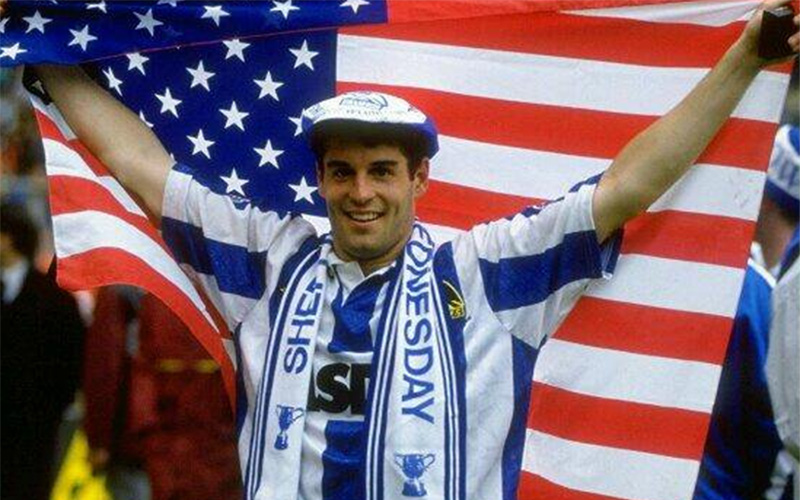 A long list of U.S. players has helped sides to automatic promotion to the English top-flight through the years. John Harkes first did it by aiding Sheffield Wednesday to a third-place finish in the old Second Division during the 1990-91 season.

In 2000-01, Eddie Lewis and Fulham finished atop the Championship, while Brad Friedel and Blackburn Rovers were runners-up. Five years later, Bobby Convey, Marcus Hahnemann and Reading moved to the Premiership by virtue of their first-place finish, and this past season Yedlin played a role in getting Newcastle United an instant return to the Premier League.

While those players all gained automatic promotion, former MNT defender Jay DeMerit did it through the playoffs. Already with an incredible story, during the 2005-06 season DeMerit helped Watford to a third-place league finish before a 3-0 aggregate win against Crystal Palace in the semifinal.

Facing Lewis and Leeds United in the final, DeMerit scored what would stand as the game-winner as Watford earned a 3-0 victory at Wembley to earn promotion.

The playoffs begin with the semifinal first legs on May 13-14, before the return fixtures on May 16-17. From there, the finalists will then have nearly two weeks to prepare for their trip to Wembley for the final on May 29.

Find the full schedule below: