With both teams sitting level on eight points, the U.S. Men’s National Team’s clash at Honduras on Tuesday promises to be a crucial test in its bid to qualify for the 2018 FIFA World Cup in Russia. Before the match in San Pedro Sula kicks off, learn more about the MNT’s opponent in Tuesday’s Matchday 8 qualifier (5:30 p.m. ET; beIN Sports, UNIVERSO).

With a population of 8.9 million people, Honduras is the second-most populous nation in Central America behind only Guatemala. The country sits in the heart of the isthmus, touching Guatemala and El Salvador to the west, a small bit of the Pacific Ocean and Nicaragua to the south and a large portion of the Caribbean Sea to the north and east. 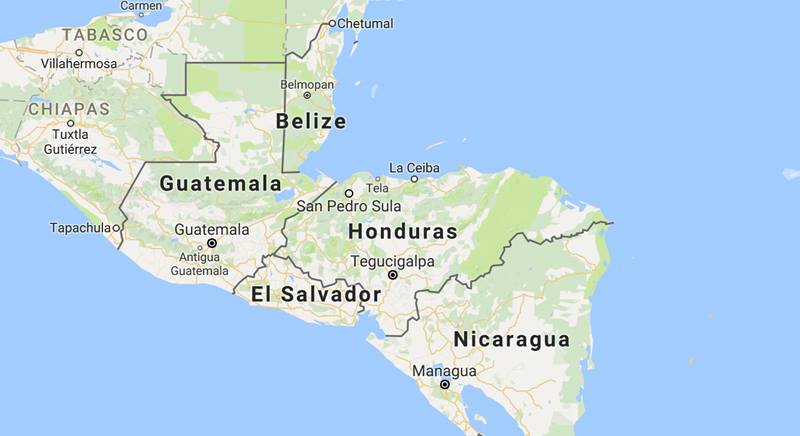 The Honduran flag features two blue bars at the top and bottom which symbolize the Pacific Ocean and Caribbean Sea. The white bar in the middle features five stars centered in an “X” pattern which represent the five nations of the former Federal Republic of Central America (Costa Rica, El Salvador, Guatemala, Honduras and Nicaragua.

Honduras arrived in the Final Round of CONCACAF Qualifying for the 2018 FIFA World Cup by virtue of a second-place finish in Semifinal Round Group A. Los Catrachos went 2-2-2 during six games during 2015 and 2016, finishing one point ahead of third-place Canada to book their place in the Hex.

Honduras had mixed fortunes at the beginning of the Final Round, dropping their opening match 1-0 at home against Panama before bouncing back with a 3-1 win against Trinidad & Tobago in November 2016. Things became more difficult this past March when they were on the tough end of a 6-0 thumping against the USA in San Jose and could only muster a 1-1 draw at home four days later against Costa Rica.

In June’s qualifiers, Honduras again experienced difficulty on the road with a 3-0 defeat at Mexico on June 8.  On the road in Panama City five days later, Honduras looked like they might cancel out their opening home defeat, but Los Canaleros captain Roman Torres came through with a 90th minute equalizer to share spoils in a 2-2 draw.

On Friday, Honduras earned a crucial 2-1 away victory at Trinidad & Tobago to pull level with the U.S. on eight points, making the stakes of Tuesday’s match even greater. 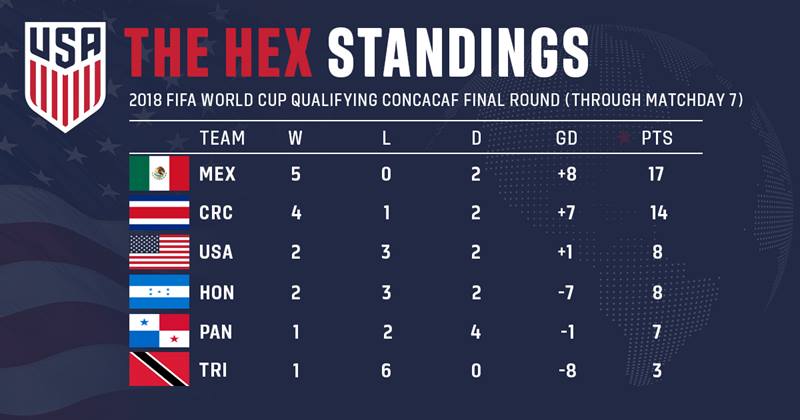 While the MNT’s three away World Cup Qualifying wins in Honduras are the most in any Central American country, Honduras has also handed the U.S. a few stinging results. Los Catrachos responded to the MNT’s 2001 win in San Pedro Sula with a wild 3-2 victory later that round in Washington, D.C., ending the team’s 15-year home unbeaten streak in World Cup Qualifying. They also outlasted a tired U.S. team to earn a 2-1 victory in San Pedro Sula in the opening match of the Final Round of Qualifying for the 2014 FIFA World Cup.

While the U.S. holds a decisive 16-4-4 all-time record and 6-2-1 advantage in qualifying, Honduras has proven to be a handful for CONCACAF nations throughout the years and Tuesday’s match is unlikely to be any different.

There is a long history of Honduran internationals playing a significant role in M.L.S. clubs. Seven years after his international retirement, 2004 M.L.S. MVP and Golden Boot winner Amado Guevara remains the Honduras leader in caps, while the country’s all-time leading scorer, Carlos Pavon, also featured for the LA Galaxy in 2007.