Two events happened in May and August of 1999 that will forever be linked with sparking today’s thriving men’s professional game in the United States: the opening of the country’s first soccer-specific stadium in Columbus, Ohio, and the appointment of Don Garber as MLS Commissioner.

In order to better understand the significance of each – and how they are connected – let’s briefly review where the game was at the time.

Fulfilling a commitment made to FIFA in order to host the 1994 FIFA World Cup, Major League Soccer launched in 1996 with 10 teams and much fanfare.

The first-year buzz led the league to expand to 12 teams in 1998. But deep down there were doubts about the league’s long-term viability, in which teams played in college and professional American football stadiums. Furthermore, there were only three owners who operated all the teams: Phil Anschutz, Robert Kraft, and Lamar Hunt.

A sports pioneer, Mr. Hunt believed that a key component in the success of other sports franchises was that they played in their own stadiums. So out of necessity and with ambition, Lamar paid for and built the country’s first soccer-specific stadium. On May 15, 1999, Lamar Hunt’s Columbus Crew hosted Robert Kraft’s New England Revolution in the first game played in a stadium made for one of the league’s charter teams.

It was one step, but the investors felt they needed a new vision in order to see out their belief in the game. As owners of wildly successful NFL franchises, Mr. Hunt and Mr. Kraft knew who they wanted to lead the league’s next phase. On August 4, 1999, MLS appointed 16-year NFL executive Don Garber as its new Commissioner.

And here’s how we know they made the right call: in 2016 Garber was elected to National Soccer Hall of Fame through the Builder’s Ballot.

“I can honestly say that it was totally unexpected and something that is truly an honor for me and for my family when you look at the list of players and Builders already inducted, and certainly this year’s class with Tiffeny Milbrett, Cindy Parlow Cone, Brad Friedel, Dr. Bob (Contigulia) and JP Dellacamera,” Garber said of his upcoming enshrinement. 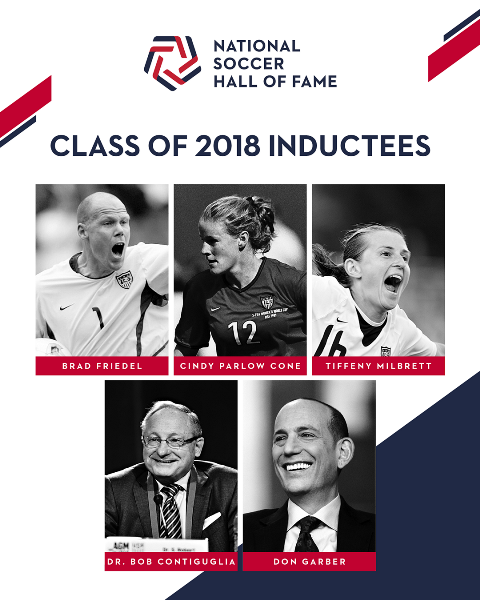 Garber opted to defer his official enshrinement until this year’s Hall of Fame Induction Weekend in Frisco, Texas to honor Lamar Hunt, who also built the stadium that houses the new soccer museum. “Most of all, I have to say it’s especially meaningful because we’ll be at the new National Soccer Hall of Fame just outside of Dallas, built by the Hunt Family as part of FC Dallas’ Toyota Stadium complex. Lamar Hunt was one of the MLS owners directly responsible for my hiring as MLS Commissioner in 1999.”

“On the field, David Beckham’s arrival in MLS in 2007 and the birth of the Designated Player rule was a signature moment that announced to the global soccer community our intention to become one of the top leagues in the world,” Garber said. “We set out then, more than 10 years ago, to make MLS a “league of choice” for the top international and U.S. National Team players. Without it, we would never have been able to sign players like Landon Donovan, Thierry Henry, David Villa, Sebastian Giovinco, Michael Bradley and Jozy Altidore.”

The introduction and continued rise of salaries has provided teams flexibility to recruit high-profile and rising stars from all over the world. And just as important, another key initiative introduced under Garber’s leadership in 2007 was that of providing homegrown players a chance to join a club at a young age and dream of one day playing for their hometown club.

“There was also the mandate for every team to have their own academies to drive the development of young players for our clubs and National Teams,” he added. “We now have youth development academies and facilities that rival those of the game’s top clubs. The investment in player development and training facilities made by our owners during the last few years has been more than a half-billion dollars. When I look today at what FC Dallas and all the rest of our teams have done with their youth programs and the profound impact it has on U.S. Soccer, I believe it will help drive the future of our rosters and National Teams.” 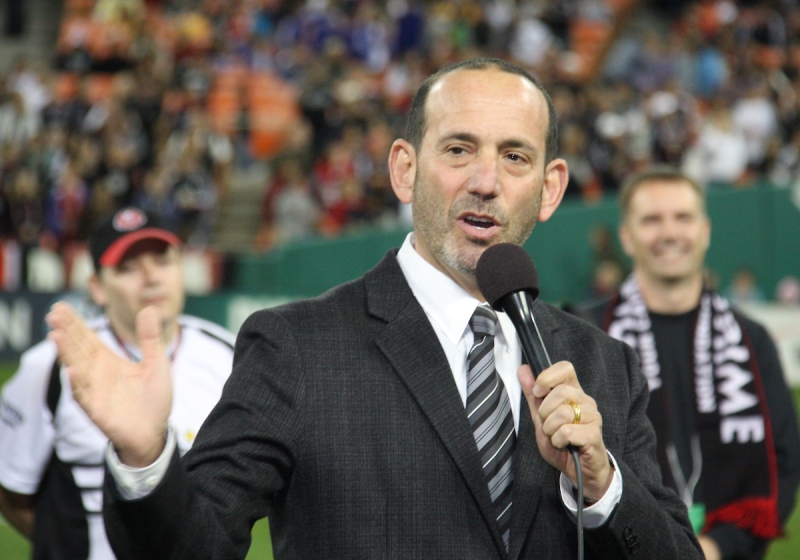 In 2018, MLS is one of the most diverse leagues in the world, with players representing more than 70 countries. At the same time, the youth initiative continues to pay dividends, as over 250 players have signed first-team contracts.

From a business perspective, Garber guided the league through an initial step back with the contraction of two teams in order to set the stage for the giant leaps forward the league has taken over the past decade. This coincided with two major developments.

“Off the field, it was the creation of Soccer United Marketing, a company we founded almost 20 years ago to help grow the commercial value of soccer in America,” Garber explained. “The concept came out of a meeting in 2001 with some of our pioneering owners at Phil Anschutz’s ranch. MLS’ survival was on the line. We needed fresh ideas and a commitment to a strategic, long-term plan.”

At the time, no TV outlet was planning on broadcasting the upcoming World Cups. Teams had little control of dates or ancillary revenue streams as secondary tenants in massive stadiums. And the small footprint presented other challenges to gain the attention of the country’s soccer fans.

“A decision to purchase the rights to the FIFA World Cups in 2002 and 2006 was debated and ultimately approved,” Garber continued. “Soccer United Marketing was created out of those conversations and it led to two decades of enormous growth for our league and the advancement of soccer in the U.S. and Canada.”

SUM worked a deal to provide the rights to the World Cup to ABC/ESPN, ensuring the world’s biggest sporting event would air in the budding soccer nation. The USA advanced to the quarterfinals of the 2002 FIFA World Cup, and along the way captured the country’s attention, sparking an interest from the business world to casual sports fans.

“At that same meeting, the vision to build true, world-class soccer stadiums was also mapped out, and it’s extraordinary to think of where we are today,” Garber added. “In 1999 we had one soccer stadium built by Lamar Hunt in Columbus, Ohio. Next year, 20 of our clubs will play in soccer stadiums that are built specifically for the sport and that are accessible to our young and increasingly urban fan base.”

Fast forward, and Garber’s steady approach has turned the League – and the sport – into one that continues to grow at a high rate. Consider this: in 2001 there were 10 MLS teams, three owners and one soccer stadium. In 2018, there are 23 teams with Cincinnati, Miami, and Nashville joining in the comings years, bringing the total number of owners to 26 and soccer stadiums to 23.

Talk about a Builder.

#NSHOF18 Spotlight: @thesoccerdon has more than doubled the amount of teams in @MLS in his tenure. Although elected in 2016, he deferred his induction to this year and will be recognized for his continued work for the betterment of MLS. Congrats, commissioner!

So fittingly, Garber joins an elite group who will forever be memorialized for their efforts and contributions to the beautiful game in the U.S.

And on an occasion meant to recognize him, Garber demurs, reminding us who helped set the vision of what he’s helped accomplish.

“Indelible - that’s the word to describe my memories of Lamar, whose grace will never be forgotten,” Garber said of his induction into the Hall of Fame in another house that Lamar built. “The support of Lamar, Clark, Dan and the entire Hunt family has enriched my life. But more importantly, beyond their impact personally on me, they will forever be viewed among the most important people in the history of our game in this country.”