Remembering The Life and Legacy of Jimmy Banks

Charles GardnerMay 28 2019
Featured
Jimmy Banks grew up in the inner city of Milwaukee during the 1970s and 1980s, and he did the strangest thing.
He played soccer.
A Black soccer player, one with special skills and smarts, Banks eventually earned a place on the U.S. Men’s National Team that played at the 1990 FIFA World Cup.
But Banks’ story was much more than that. Banks, who died on April 26, 2019 of stomach cancer at age 54, left a legacy of reaching out to Milwaukee’s Black youth.
He did it through his work with the LaVarnway Boys & Girls Club and as a co-founder of the Simba Lions, a club which started in 1996 and has been revived in recent years by Demitrius White, a
protégé of Banks and former player for the club.
“He did so much for the club as far as giving us opportunities, and it’s just not in soccer,” said White, now 33 and the president of the Milwaukee Simba Soccer Club. “He taught us how to be young men. He taught us right from wrong, how to respect people."
“He used to say all the time, ‘If you give respect, you get respect.’ And we definitely took that and ran with it. That built confidence in our character to move forward in life.”
Banks also coached for 20 seasons at the Milwaukee School of Engineering, compiling 201 victories while positively influencing hundreds of young men.
Banks’ passion for soccer started at an early age, and by the age of 13 he was playing for the Milwaukee Bavarians’ U-16 team. That’s when Bob Gansler saw him, the man who would coach Banks later at UW-Milwaukee and with the U.S. Men's National Team. 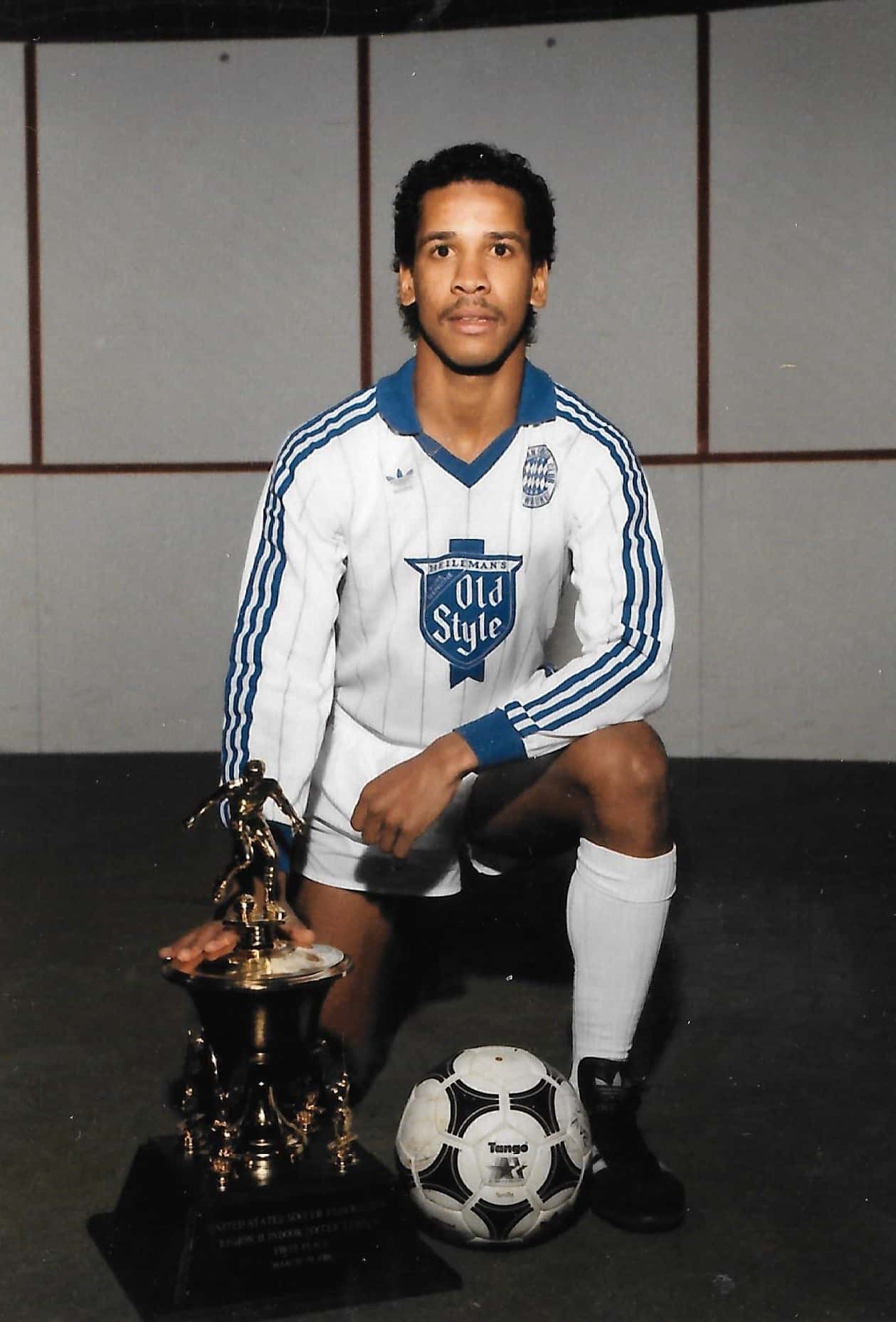 “He’s smooth, he’s quick and everybody is oohing and aahing,” Gansler said. “And I said, ‘You know what I really like about him? He makes everybody around him better. All the time.’ And that was a consistent thing with Jimmy.

“He was athletically gifted and obviously he had worked a lot. He was one of these kids who could just go out to the playground or the backyard at Westlawn (Housing Project), and he would just work by himself. He was one of these guys who was in love with the ball. Most of the kids in the neighborhood there, they’re hooping it. And no, he’s juggling it.

“He was a natural. He was intuitive. He was just a smart soccer player. And he did it effortlessly to a great extent.”

Banks was never one to brag about himself and was described as “private” by his lifetime friend and U.S. teammate Desmond Armstrong. It often would take two or three phone calls from Armstrong before Banks would call back.

So, it was no surprise that the youngsters he influenced in Milwaukee had no idea how good he really was at soccer. That is, until he demonstrated his prowess in the “crossbar game.”

“Me being me, I just wanted to be the best,” White said of showing up to practice early one day. “Everybody else was starting to come, and I was playing a game we called crossbar. The first person that can hit the crossbar with the ball is the winner.

“There were like 15 kids trying to hit the crossbar. And he came, first time, and nobody real knew that Jimmy was left-footed. He put the ball down with his right foot, hit the ball, ping, and now it’s time for practice. And we just looked at him like, ‘Are you serious?’”

That was the talent that lifted Banks to a spot on the U.S. team that qualified for Italia '90, the first time the U.S. had reached the World Cup in 40 years. 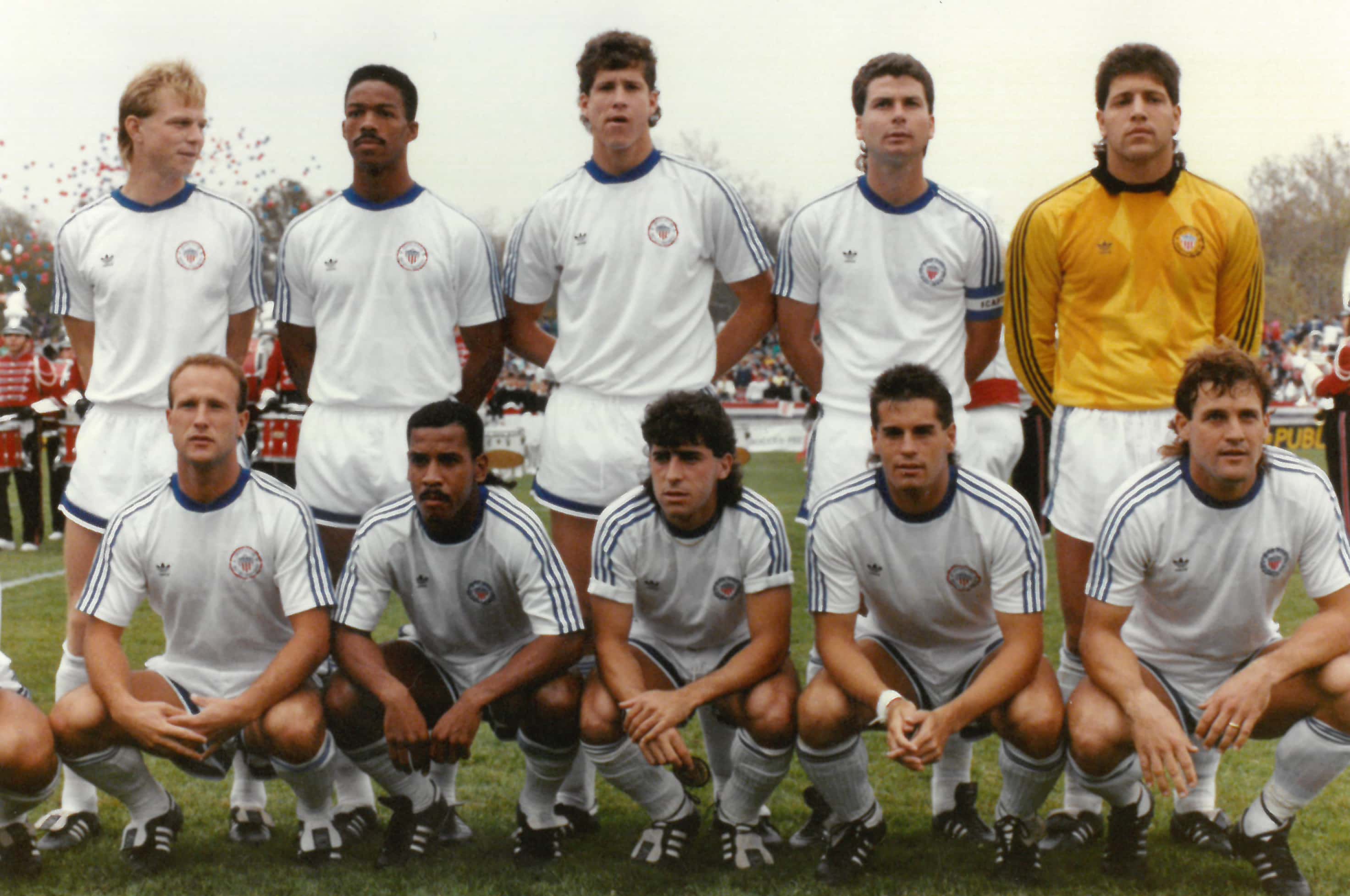 Gansler said there was little doubt Banks deserved his position as left back. Banks started the last two games in the tournament, both one-goal defeats, after the USA was crushed by then Czechoslovakia, 5-1, in the opener in Florence.

“I went a little too offensive there,” Gansler said of the first game. “I had Eric Wynalda wide left and we played a 3-5-2 that was more like a 5-3-2.

“We switched for the second game and Jimmy played wide left and Paul Caligiuri played wide right. It was a much more balanced way. We played extremely well against Italy and they beat us 1-0.

“Some people thought, ‘He played for you in college.’ Horse feathers. That had nothing to do with it. He had 36 appearances with the national team, and for a lot of them I was not the coach. These were not gimmes.”

Armstrong and Banks were roommates and the only Black players on the World Cup team. They had met as 15-year-olds at the National Sports Festival and became friends, exchanging jerseys after the tournament was over. 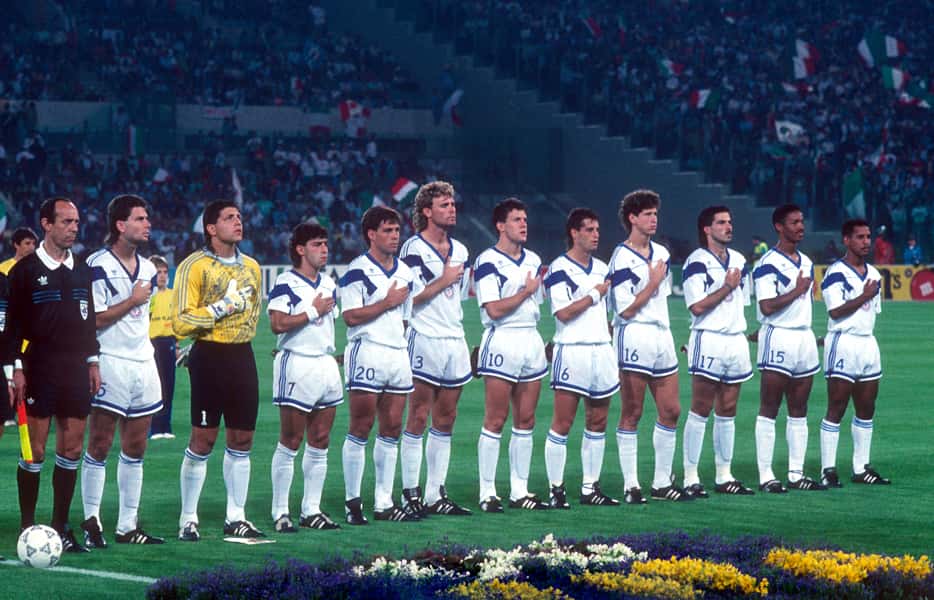 “He got on the national team in '86 and I came in ’87,” Armstrong recalled. “We had the ‘88 Olympic team and I was the only Black guy there. Back to ’90 he made that team, and for us to make the big show, straightaway we were roommates.

“We were never really ostracized as such. You hang out with guys you have something in common with.

“Gee (Banks’ nickname with his Milwaukee friends) was always in Milwaukee. He had come out of a pretty rough area in Milwaukee and succeeded, so we had some common ground, like rap music. We traveled together; we went to breakfast, lunch and dinner together. We were just close.”

Armstrong said he always thought it was strange that Banks would jump into bed and pull the curtains as soon as they returned to their room on the road. Not until years later did Banks tell him the reason.

“He said, ‘Do you know the reason why I would always sleep?’ He said, ‘Because I was depressed.’ I never really realized it. It was a way for him to cope,” Armstrong said.

“He had a lot of responsibilities at a very young age. He conquered all of the things that were in front of him. He went back and got his college degree. He got a college coaching job. Family was very important to him.”

Banks is survived by three sons: Demetrius (Dee), J.C. and Jordan. All three have played soccer at the college and club levels.

Demetrius played at UW-Milwaukee, but his career was hampered by injuries. J.C., who starred at UW-Green Bay, currently plays professionally for Forward Madison FC in USL League One. He also played for the Rochester Rhinos, Minnesota United and the Jacksonville Armada. Jordan played at MSOE.

The Milwaukee connections ran deep for Banks, who was an All-American at UWM and played for the indoor Milwaukee Wave from 1987-’93.

He was named the head coach at MSOE in 1999 and steadily built the program, reaching the NCAA Division III tournament in 2014 and 2015 and producing a national player of the year -- Logan Andryk -- in 2015.

“The big thing with Jimmy was he was able to run a drama-free program like none I’ve ever been involved with,” said MSOE assistant coach Rob Harrington. “Jimmy Banks was a reserved and thoughtful person in how he dealt with other human beings.

“Nothing was ever about Jimmy. So many people who reach that level of play, there’s a little bit of that, ‘Let me tell you how I did it.’ Jimmy not only didn’t do that, it was almost like he went out of his way to not talk about himself.”

Harrington said he would tease Banks when they went out to the practice field, calling him “Mr. 1990” and “Mr. World Cup.” When Banks asked him about it, Harrington laughed and said he did it because the former U.S. star would never say one word about his accomplishments. 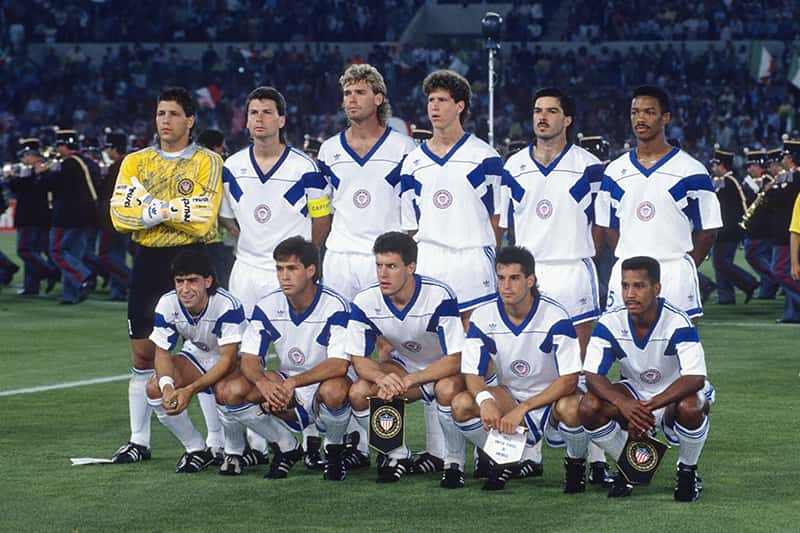 Banks also had a knack for picking out a winning lineup and making subtle changes that led to players finding their best abilities, Harrington said.

“Behind closed doors you always talk about it,” Harrington said. “You have your little arguments and then the head coach makes the final decision.

“I think the kids often didn’t know how much attention he was paying. Because he wasn’t a talker, they were like, ‘Well, he’s not really paying attention.’

Banks could relate to players in a short amount of time, getting his point across with few words. And he made a connection with them, whether it was at the college level or with youngsters just starting to learn the game.

“He was a master teacher,” Gansler said. “He was really the quiet one. All the kids came really close to him because they knew he wasn’t going to yell.

“They wanted to catch every word he did say. He was a very quiet communicator and that drew the kids to him like a magnet.

“He could show anything that needed to be shown. He was a master technician. His biggest assets out there were his brain and his heart. He knew how it should be done and when it should be done.”

White is now paying it forward, building the Simbas into a strong club featuring a U-13 team and a U-14/15 team that play competitively and travel for games. The Baby Simbas are six to 10-year-olds that are learning the game, and plans are in the works for Baby Baby Simbas, three-to-five year-olds that can be introduced to the game through a free clinic.

The club, revived in 2012 after being dormant for nearly a dozen years, now has about 100 members, White said.

White’s efforts were inspired by the example Banks set.

“I try my best to follow in his footsteps a little bit,” White said. “He was such a great man. If you want to be like anybody, definitely in soccer growing up here in Milwaukee and having an opportunity to be mentored by a great, you definitely want to take all his advice and run with it.

“When I moved back to Milwaukee, there was no soccer. There was nothing in the city that the kids could get involved in. So the first two years I did a lot of free camps and clinics.”

Losing his friend was a big blow, one felt all around the soccer community.

“It was really hard,” White said. “I’m settling in now, and it’s just a drive every day for me to do it for him. He can’t do it himself anymore, so when I told him I was going to do it, he was very happy with me.

“I’m going to keep pushing on his legacy. I don’t just do this for me. I do it for him. I do it for our community and for the kids who really need it.”
Demetrius White
Tags
MNT