National Team: An energetic winger who made an instant impact upon joining the U-17 MNT in late 2018, netting seven goals in 12 appearances … Played for the USA at September’s 4 Nations Tournament in the Netherlands … Helped the USA qualify for a record 17th FIFA U-17 World Cup at the 2019 Concacaf U-17 Championship, appearing in six of seven matches … Netted the USA’s lone goal vs. Mexico in the final … Bagged a brace vs. Guatemala in the group stage … Scored two of the USA’s three goals at the 2018 Nike International Friendlies, putting the U-17s up vs. Portugal and Brazil … Scored in his U-17 debut vs. host England at October 2018’s U17 International Youth Tournament … Tallied in the USA’s 3-2 comeback effort vs. Brazil at the same competition … Earned his first U-17 call-up at a June domestic training camp in Bradenton, Fla. … Called into a May 2017 U-15 Boys’ National Team futures camp in California.

Professional: Signed with D.C. United as a Homegrown Player on March 19, 2019 … Made his MLS debut with D.C. on April 21, 2019 vs. New York City … Spent most of this season with Loudon United, making 15 appearances and logging 1093 minutes … Scored three goals for Loudon on the season, including the first goal in franchise history during his first pro start on March 16, 2019 vs. Memphis …Earned his pro debut on March 9, 2019 vs. Nashville.

Youth: Played with D.C. United in the U.S. Soccer Development Academy … Named to the 2018 East Conference U-16/17 Best XI … Joined D.C. at the U-16/17 level … Previously played U-14 with Virginia Development Academy … Also selected to the Virginia Olympic Development Program team, as well as the regional ODP team … Kicked off his youth club career with Southwest Youth Association from U-9 to U-13 … Started playing soccer at age four. 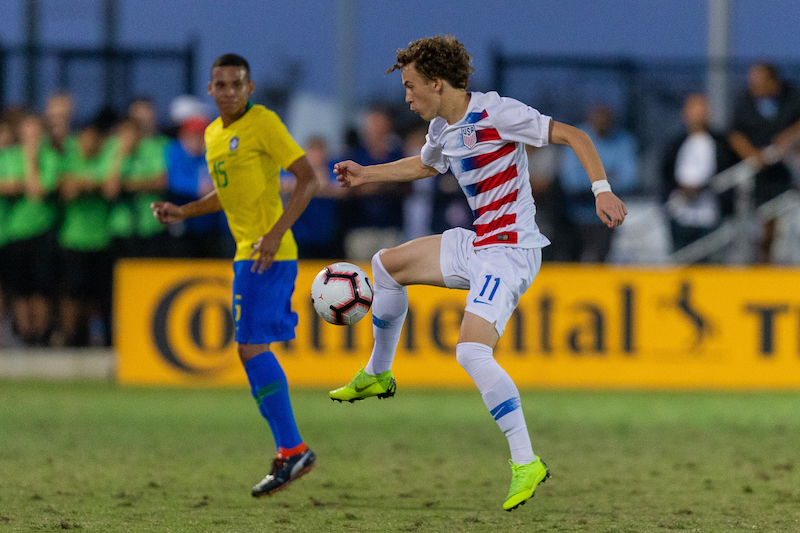