The U.S. Men’s National Team will square off with Cuba in the quarterfinals of the 2015 CONCACAF Gold Cup on Saturday, July 18 at M&T Bank Stadium in Baltimore, Md. Kickoff time is still to be determined. The game will be broadcast live on FOX and Univision. 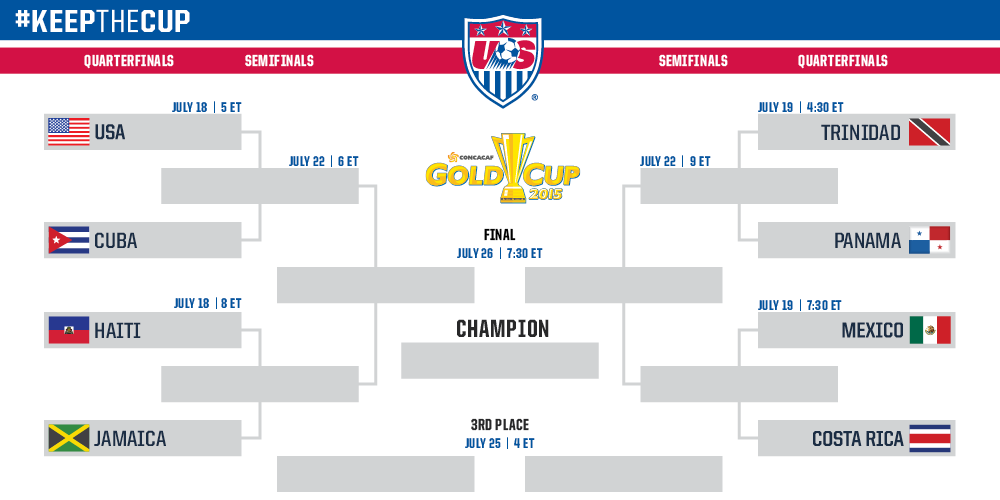 The USA is 8-1-1 all-time against Cuba and is riding an eight-match winning streak against the Caribbean nation. Cuba and the MNT have met four times in the Gold Cup, in which the USA holds a perfect 4-0-0 record. The last meeting came in the 2013 edition of the tournament, the U.S. collecting a 4-1 triumph on a brace from Chris Wondolowski and goals from Joe Corona and Landon Donovan.

The pair has met one other time in a Gold Cup quarterfinal. In 2003, the United States cruised to a 5-0 win against the Cubans in a game where Donovan became one of four players in U.S. history to score four goals in one game.

The MNT has played one other game within the confines of M&T Bank Stadium, a Gold Cup quarterfinal in 2013.  The MNT defeated El Salvador 5-1 in front of 70,540 on the way to its fifth Gold Cup trophy.