Five Things to Know About Serbia

With only a shade under three weeks of training camp under new head coach Bruce Arena, the U.S. Men’s National Team kicks off 2017 with a friendly against Serbia on Sunday, Jan. 29 at Qualcomm Stadium in San Diego. Kickoff is set for 1 p.m. PT, and the match will be broadcast live on ESPN2, UniMas and UDN.

In Serbia, the U.S. is playing a nation with plenty of history, both sporting and otherwise.

Here are five things you should know about Sunday’s opponent.

History of the Serbian National Team

The history of the Serbian National Team is a long and winding one that mirrors the geopolitical changes that the country has experienced through the years. The initial iteration, known as the Kingdom of Serbs, Croats and Slovenes, first competed at the 1920 Summer Olympics in Antwerp, but the country took on the new name of Yugoslavia in 1929, a name under which they would compete for years to come.

Participating at the 1930 FIFA World Cup, Yugoslavia was the fellow losing semifinalist with the United States and would later finish fourth at the 1962 tournament. The country also won the Silver Medal at the 1948 and 1952 Summer Olympics, finishing behind Sweden and Hungary, respectively.

Following the Cold War, Croatia gained independence, and as such created a separate national side. Meanwhile, due to United Nations sanctions, the newly formed Federal Republic of Yugoslavia was barred from participating in the 1992 European Championships and qualifying for the 1994 FIFA World Cup. They made their return to international competition at the 1998 FIFA World Cup where they collected a 1-0 win against the United States in their final group match before bowing out  2-1 to the Netherlands in the Round of 16. 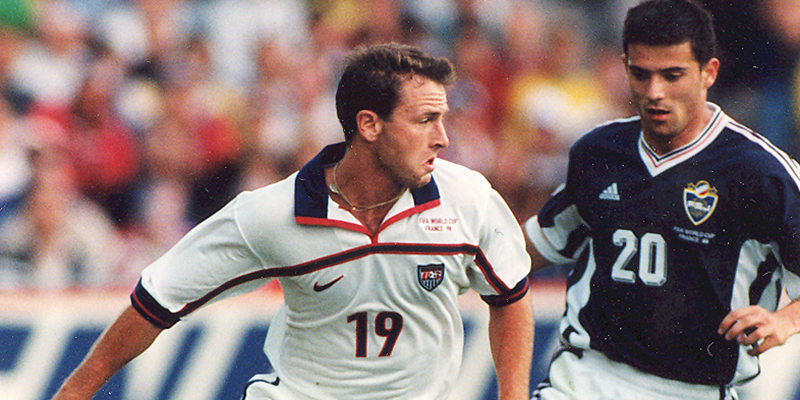 Euro 2000 marked the last international competition where the nation competed as Yugoslavia, with the side advancing through the group before another defeat to the Netherlands, this time 6-1 in the Quarterfinals.

Undergoing another political transformation in 2003, the country became known as Serbia and Montenegro, the banner under which they competed at the 2006 FIFA World Cup. Just before the tournament, the Montenegrin Referendum was ratified, and following the competition both Serbia and Montenegro became independent nations with their own national teams.

Playing as Serbia ever since, Orlovi (“The Eagles”) qualified for the 2010 FIFA World Cup and famously beat Germany 1-0 in their second group game in South Africa.

The current Serbian team is considered by FIFA and UEFA as the official successor to the different variations of teams that preceded it.

Serbia’s most recent footballing success didn’t come at the senior international level, but instead with its Under-20 side, who won the 2015 FIFA U-20 World Cup in New Zealand.

After losing their first group game 1-0 to Uruguay, Serbia defeated Mali and Mexico by matching 2-0 score lines to finish atop the group. In the Round of 16 they bested Hungary 2-1 after extra time, before needing penalty kicks to oust the United States in the Quarterfinals. 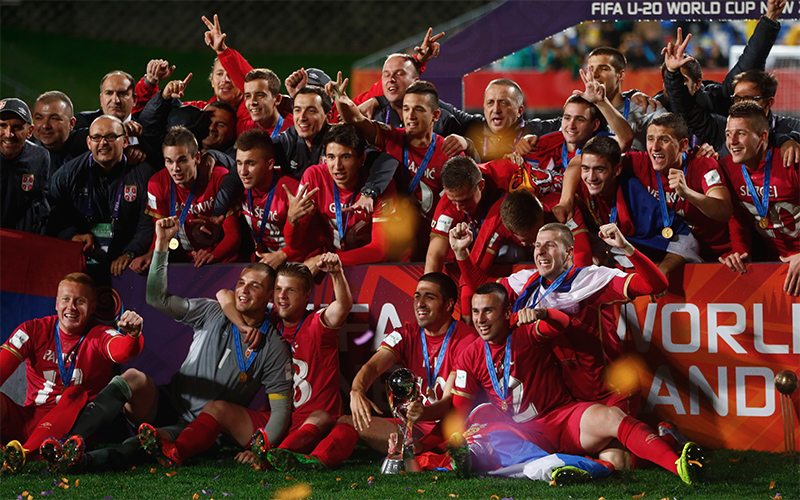 Serbia completed the incredible tournament run with 2-1 extra time wins against Mali (Semifinals) and Brazil (Final) to lift the nation’s second FIFA U-20 World Cup and first since 1987.

The team was led by head coach Veljko Paunovic, who is now the manager for Major League Soccer’s Chicago Fire.

Currently led by head coach Slavoljub Muslin, Serbia (2-0-2; 8 points) are second in Group D of UEFA 2018 FIFA World Cup Qualifying, sitting two points behind Republic of Ireland for the group lead. Following Sunday’s friendly, the team’s next fixture away to Republic of Georgia on March 24 will mark the halfway point in their bid to qualify for their first major international competition since the 2010 FIFA World Cup.

The different variations of Serbian League football somewhat mirror the changes the National Team experienced througout the years, moving from different forms of Yugoslavian leagues (1923-1992) to the First League of Serbia and Montenegro (1992-2006) and the current Serbian SuperLiga (2006-present).

Much of the way, two clubs have proven to be powers: Partizan and Crvena Zvezda (better known as Red Star). Since 1992, the Belgrade-based pair has won 23 of the 24 top-flight league titles in Serbia (15 for Partizan and eight for Red Star), with FK Obilić taking the lone outlier in 1998.

In the midst of the league’s winter break, defending league champions Red Star sit six points above Partizan at the top of the table, and should they hold on would win their first back-to-back championships since 2006-07.

Much like January Camp is a gathering of mostly out-of-season domestic players, Serbia’s roster is composed almost entirely of players that play in the home SuperLiga, which is on winter break until Feb. 17.

In selecting his roster, head coach Slavoljub Muslin has handed a chance to a number of players that were major contributors for their clubs in the first half of the SuperLiga campaign.

Most notably, he’s brought two strikers that have found excellent scoring form in 20-year-old Mark Mrkic (Radnicki Nis) and 33-year-old Alesandar Palocevic (Vojvodina), both of whom sit tied for fifth in scoring with eight goals apiece.