Five Things to Know About the CONCACAF Gold Cup

The U.S. Men's National Team will look to claim its sixth CONCACAF Gold Cup title this summer, but what is the Gold Cup? Why is it important?

Here are five things you should know about the tournament the U.S. MNT will be participating in this summer. The tournament is held on a biennial basis in the United States, though Mexico and Canada have also hosted matches in conjunction with the USA in the past.

Though the competition has also seen varying formats, the current tournament features 12 teams split into three groups of four with a round-robin schedule. At the conclusion of the Group Stage, the top two teams from each group as well as the top two third-place finishers advance to the Quarterfinals where the Knockout Round begins. From there, eight teams turn into four, and four turn into two before a champion is crowned.

Check out the full schedule here.

What Does Winning the Gold Cup Mean?

No matter what level, the opportunity to lift a trophy shouldn’t be underrated and along with the hardware, the winning nation earns regional bragging rights.

However, the biggest prize is a potential berth to the FIFA Confederations Cup. Held in the nation that will host the World Cup, that tournament is contested by the champions of every region in the world, plus the host nation. Not only does it serve as a dry run, but the eight teams that qualify also gain a valuable advantage in experiencing the climate, travel and other aspects of playing a tournament in the country before potentially returning the following year. 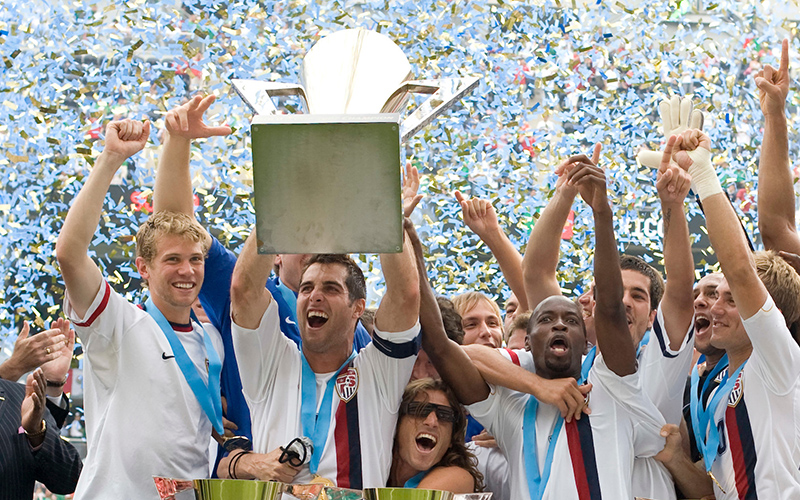 Previously in CONCACAF, the team that won the Gold Cup that occurred in the year closest to the Confederations Cup would represent the region at the upcoming competition. During the last World Cup cycle, CONCACAF changed the way it decided its representative, instead pitting the winners of the two Gold Cups in advance of the Confederations Cup against each other in a one-game playoff called the CONCACAF Cup, with the victor taking the region’s berth at the tournament.

Should the same nation win both Gold Cups, they automatically qualify for the next FIFA Confederations Cup.

The USA has taken part in the different iterations of the Confederations Cup on four occasions. In 2009, the MNT earned its best finish at the tournament, defeating then No. 1-ranked Spain 2-0 in the Semifinal before falling 3-2 to Brazil in the championship match.

The United States has been crowned Gold Cup champion five times, first winning the inaugural 1991 competition before following up with titles in 2002, 2005, 2007 and 2013. Mexico’s seven championships lead all nations, while Canada went on a Cinderella run to clinch the 2000 edition. 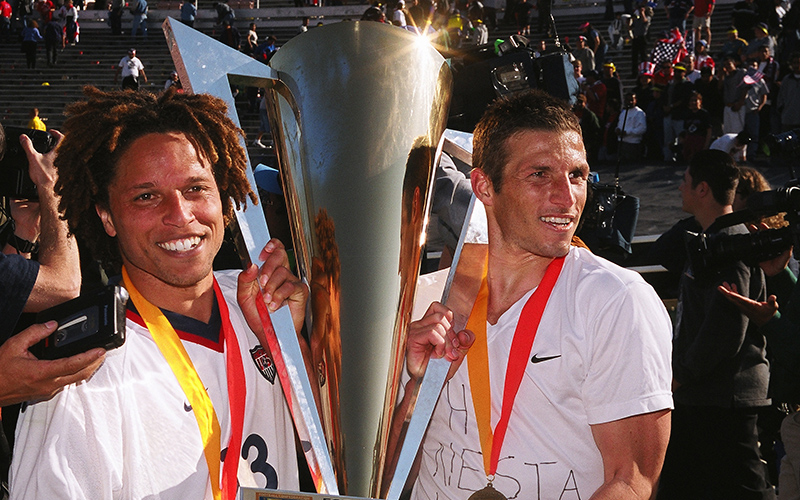 Returning MNT head coach Bruce Arena led the USA to Gold Cup titles in 2002 and 2005, making him one of two managers that have won the tournament twice (Bora Milutinovic led the U.S. in 1991 and Mexico in 1996). Arena is 14-1-4 all-time in Gold Cup matches, with his only outright defeat coming in the 2003 Semifinals, a 2-1 extra time loss to guests Brazil.

Where to See the 2017 CONCACAF Gold Cup

Set to take place from July 7-26, a total of 14 venues in 13 different metropolitan areas across the United States will host the 2017 CONCACAF Gold Cup.

Be sure to support the U.S. MNT as it goes for its sixth regional title in 2017.