Here are five things you should know about the MNT’s September roster:

Youth Continues to be Served

Just as he did for the three different MNT rosters assembled in March, May and June, Sarachan has assembled a youthful squad for this camp. As players arrive into camp Sunday, their average age will sit at 23 years, 241 days and average cap total is 11.

Thirteen players are 23 and under, while five are age-eligible for participation in the 2020 Summer Olympics in Tokyo.

It’s Been A While…

While 20 players in this group have been part of an MNT roster in 2018, three players that have made some big contributions in the past will make their first camp appearance of the year.

An alum of the USA’s 2014 FIFA World Cup roster, John Brooks is back in camp for the first time since last November’s 1-1 draw at Portugal. The towering center back missed much of last season due to a knee injury but has started the new Bundesliga campaign in good form, scoring in Wolfsburg’s 2-1 defeat of Schalke on Aug. 25.

An MNT fixture in 2017, Kellyn Acosta also returns for the first time since last November. A groin injury suffered during preseason with FC Dallas kept the 23-year-old out of the previous two MNT camps, but the midfielder has regained fitness and form since a midseason trade to Colorado Rapids. 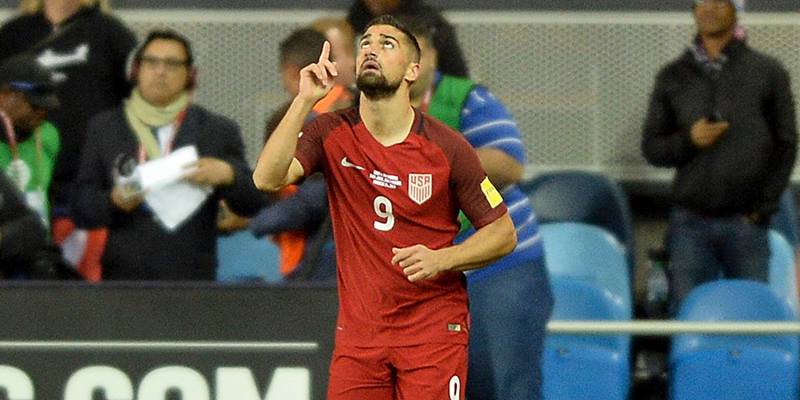 The longest layoff belongs to Sebastian Lletget (above). The LA Galaxy midfielder burst onto the MNT scene early in 2017, playing in both January Camp matches before providing the opening goal in the USA’s 6-0 rout of Honduras in World Cup Qualifying on March 24 in San Jose. Just minutes after scoring the opening goal, Lletget exited the match after being on the end of a tough tackle near the sideline.

The San Francisco native suffered a lisfrac injury in his foot, an ailment which required surgery and ended his season. Lletget has returned strong for the Galaxy in 2018, appearing in 23 matches while providing three goals to earn his return to the senior team.

Twenty-three players on the roster have caps. One does not.  Meet New York Red Bulls defender Aaron Long (below). This month’s call-up is the 25-year-old center back’s first National Team summons at any level.

A native of Oak Hills, Calif., Long rose through U.S. Soccer Development Academy club Arsenal FC and played collegiately at UC-Riverside and in the Premier Development League for FC Tucson. Having started his MLS career with Portland Timbers in 2014, Long never played for their first team or that of the Seattle Sounders FC the following year. 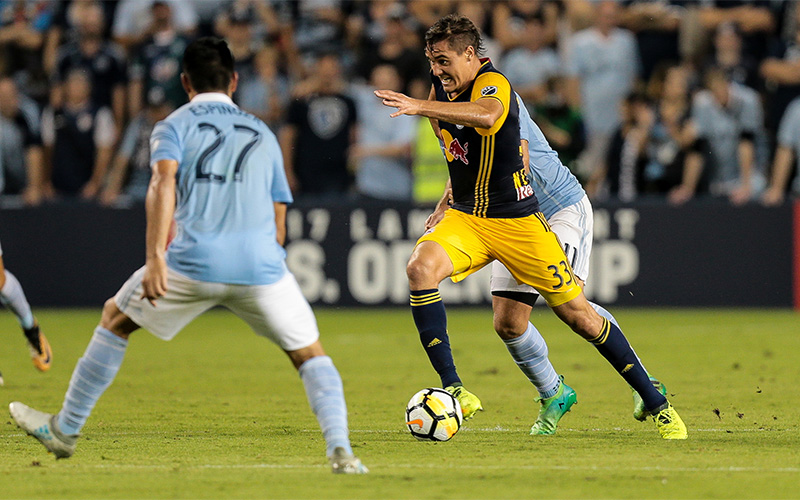 The center back made his way to New York Red Bulls in 2016, where he was a fixture for the club’s reserve side. Promoted to the first team last year, Long appeared in 31 league matches in 2017 and has played in all 27 regular season matches this season, working alongside fellow MNT center back Tim Parker to help the Red Bulls to an MLS-fewest 26 goals against.

For his efforts, Long was also part of the 2018 MLS All-Star squad that faced Juventus in early August.

The MNT’s September roster is stocked with 15 players that spent time in the U.S. Soccer Development Academy, and with camp taking place in the New York/New Jersey area a few should feel right at home.

Tyler Adams and Matt Miazga came up through the New York Red Bulls Academy, while Tim Weah split his time there and with BW-Gotschee. Goalkeeper Alex Bono is a product of the Academy of upstate Empire SC.

The Challenges in September

While the MNT has played five matches already this year, the September camp marks the official start of the 2022 FIFA World Cup cycle. With a group of rising young talent looking to prove itself, U.S. Soccer has lined up one of the historically most difficult schedules to challenge the MNT’s youthful squad through the end of the year. 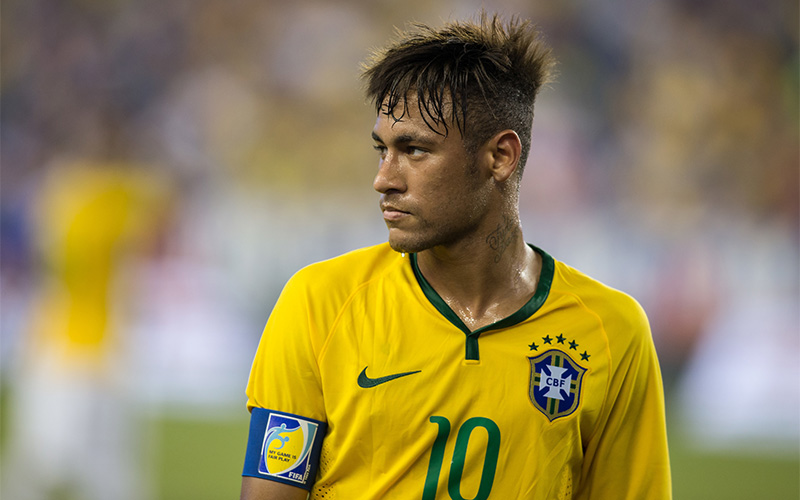 Four days later the USA and Mexico renew their storied regional rivalry at Nissan Stadium in Nashville. El Trí will bring a squad featuring rising attackers Hirving Lozano (PSV Eindhoven) and Raùl Jiménez (Wolverhampton Wanderers) along with veteran goalkeeper Guillermo Ochoa as the next chapter in rivalry is written.