U.S. Opens World Cup against Thailand on June 11 in Reims; then faces Chile on June 16 in Paris and Sweden on June 20 in Le Havre
December 8 2018

On the USA’s Group F opponents:
“It’s a good group in terms having three different teams, a European team, Asia and South America. In our opening game we have Thailand, who we’ve played once, and I like playing teams that we haven’t played a lot. Then obviously we have a familiar foe in Sweden. So, it’s a good group and I’m excited to get this thing started.”

On the pressure of coming into the tournament as reigning champions:
“It comes with the territory. The history of this program, the players grow up in it, so for myself and the players, the expectation is the demand for your best. For us it’s an opportunity to go out and test ourselves against the best teams in the world, and our players thrive in that environment.”

On the recent growth and change in the world of women’s soccer:
“If you compare this Draw to the last one, and nothing against Canada who did phenomenal job, but it’s got a great vibe around it. It really feels like it’s bigger and that is reflective of where our sport is. You always want to push forward because you don’t want to settle, so I think in terms of growth of the game, this World Cup is going to be fantastic.” 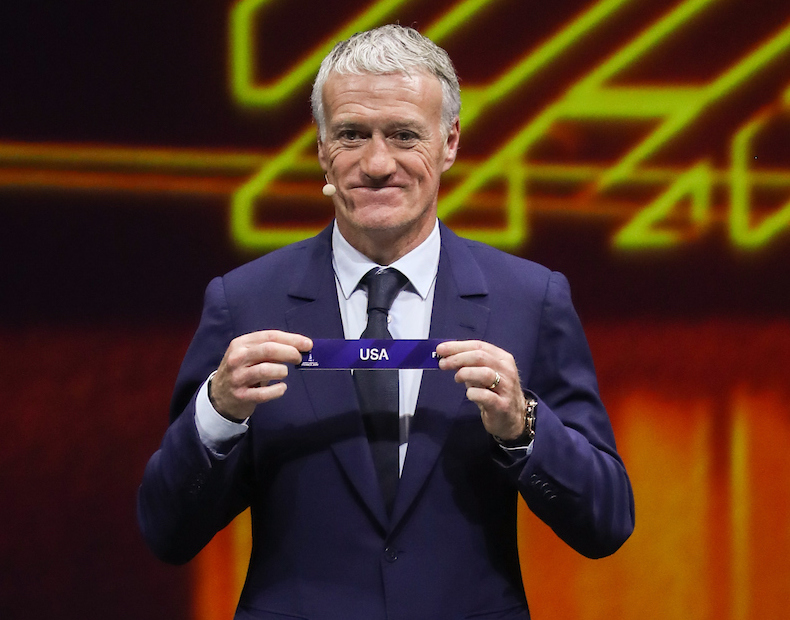 The USA was the sixth team drawn from Pot 1 and was placed into Group F, alongside Thailand, Chile and Sweden.

On the pressure of carrying the world’s No. 1 ranking:
“I always say the home country has the most pressure on them. We’re going forward looking to attack the World Cup, so our players are just relishing that challenge. We have a great balance: players who have been there and seen it and know what it takes, and players that are new to their first World Cup potentially. All the players are hungry and ready for the experience. So, it’s a really good position for us.”

On the USA’s Group F opponents:
“Every group is challenging. We’re excited to know our path and no matter who we play, I know this is a group of players that will be extremely focused on that first match, and then we move on to the next. Being here at the Draw, you can really get feel for how great a World Cup this is going to be. Everyone is excited and ready to put on a world class event.”

On the pressure of coming into the tournament as reigning champions:
“Obviously, we have a target on our backs and everyone team is going to give us their best game, but we are embracing that, we’re confident our abilities and depth, and I know the next six months will prepare us for whatever challenge comes our way in France.”

On finally learning the team’s opponents and playing against Sweden:
“First off, I’m very excited the draw has finally been made, it makes everything so real. I’m really looking forward to playing Sweden again. I think they’re always a tough matchup and two of my best friends play for Sweden so it’s pretty special for me.”

On returning to Paris:
“Of course, if I make the team, playing in Paris would be surreal for me. I might actually start crying getting back to where it all started for me.”

On the opponents the U.S. WNT will face at the 2019 FIFA Women’s World Cup:
“Obviously, getting Sweden, it’s like a rule now that we have to face them every time in the opening round so that will be a kind of a familiar foe. The other two are ranked lower but we will be taking every opponent seriously. It’s just nice that we have the group now, we can set our sights on a hard target. Up until this point, it’s been all about qualifying, then we qualified, and it’s kind of been very vague, so it’s nice to actually have these three teams to look forward to and start to prepare for heading into the World Cup next summer.”

On the increasing parity among FIFA Women’s World Cup teams:
“The quality of every team, top to bottom, continues to get better. All these teams that maybe in the past haven’t been so formidable are getting so much stronger. But I think we are, too, and the top teams are as well. We are very proud of our ranking right now and will continue to try to build on that and we feel confident in whoever we face.”

Overall thoughts on the 2019 FIFA Women’s World Cup Final Draw:
“I’m very excited. It’s a positive that in the past two years we have played all these teams so we’re going into it knowing we’ve played them before and we have an idea of their style of play. I think just watching the Draw you get that surreal feeling of this being 2019, something we’ve been talking about really since 2015, but that also makes it really exciting.”

On facing Sweden again at the FIFA Women’s World Cup:
“I just knew they were going to be in our group. I think obviously, looking back to the last big tournament, we have that bad taste in our mouth from the last time we played them. For us, it’s even more motivation. People say ‘Oh, they’re World Cup champions’ but people forget that the Olympics was the most recent tournament. It was a difficult game and we didn’t want to get out when we did, so I think having Sweden in our group adds to the challenge.”

On the USA’s opponents in Group F:
“Interesting to see Sweden there, especially after the last Olympics, but it’s an interesting group for us. It’s a different kind of group than we’ve seen in the past. Just seeing the groups come out is making me so excited; I just can’t wait!”

On if Thailand makes it an easier group:
“You don’t get to pick your fate and each World Cup tells a different story. I’m just excited to see what this World Cup will give us.”

On the difficulty of USA’s knockout round path depending on where they finish in Group F:
“I think you see the group and frame it as how it’s going to be the most beneficial to you. I think finishing second is never the USA’s mentality; we always want to finish first. In a World Cup you’re going to have to face the best teams. So, whether you’re facing those difficult teams right off the bat or more towards the end of the tournament hopefully, that’s where we want to be.”

On the third group game being against Sweden after going out against them in the 2016 Olympics:
“I think any time you get a “do-over,” the U.S. has always done it right. You take 2011 when we played Japan in the final and then we played them again in the final in 2015, we finished what we wanted to. For us Sweden has always been a challenging opponent but learning from 2016 will only help us.” 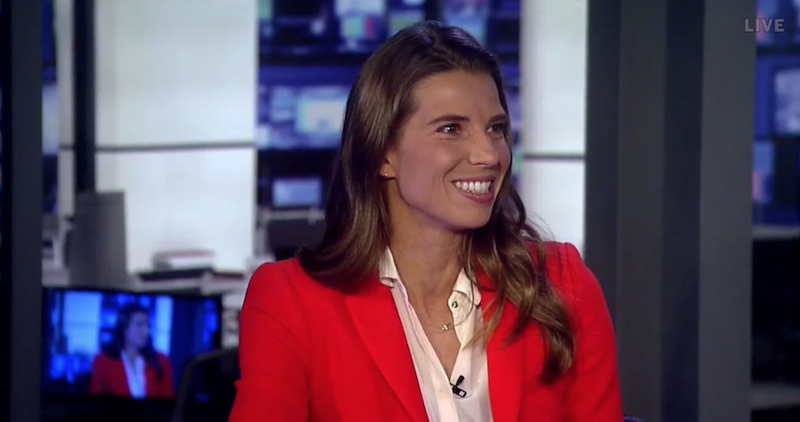 Tobin Heath spoke with FOX following the Draw about the USA and its summer 2019 opponents.

On facing Chile after recently playing them in a pair of friendlies this past fall:
“For us it’s fantastic to face these opponents that typically we wouldn’t have faced. Kudos to U.S. Soccer for scheduling the games. Being able to face Chile [already], the surprise factor will be a little bit out of there, but theirs will be less with us as well.

On Thailand not being pushovers:
“You have to be careful with these opponents because you don’t know what to expect and you always have to come out on your front foot.”

On if there are any teams the U.S. should fear in the tournament:
“Obviously the powerhouses: France being in France and then obviously Germany, but I’m excited to see Spain. We play them in January which will give us a better understanding of them.”

On her initial response to the Draw:
“I’m pumped! So excited to finally know who our competition is going to be those first three games. We can wait to start to prepare and focus on our group."

On Sweden being in the USA’s group again:
“I’m excited to play Sweden. They obviously knocked us out of the 2016 Olympics, so we are going to want some redemption there. That’s going to be a really good game to test us as they’re obviously the highest ranked team we’ll play in our first three games. We have a great rivalry with Sweden and they’re always a difficult opponent.”

On if it’s good to play Sweden last in the Group Stage:
“Yeah, I think you can see it both ways. Sometimes it’s good to have your first game [be difficult] right off the bat, kick it into high gear, that sort of thing, but at the same time, maybe we will need to work our way into the tournament. Hopefully that’s not the case – and I don’t think it will be. It’s funny, everyone has been asking this week, ‘who do you want to play? What teams do you want to see? What’s your stiffest competition going to be?’ and at the end of the day, for our team, it’s always been, we’re just going to show up and play our game, do what we need to do and focus on us. So, I didn’t really go into today thinking, ‘I want a certain team or I hope we don’t play a certain team.’”

On if it will be hard to assess what Chile and Thailand will be like to play against:
“Thankfully we did play Chile this year, which is serendipitous for us, and it is nice to have some idea of what that team is going to be like. We have an amazing staff that does a really incredible job of scouting for us and creating game plans, so regardless if we’ve played a team or not, we go in with a good idea of what to expect.”