The U.S. Men’s National Team kicks off 2019 this week with its annual January Camp.

Here are five things you should know about the gathering:

Addressing media before Christmas, the 44-year-old manager laid out his goals for his first camp in charge.

“I think we can use this opportunity to start the process and set the tone for what this group is going to be like,” he said. “We’re talking about three things: building a culture within this team, instilling a style of play and competing in everything we do.”

In the nascent years of Major League Soccer, the league’s regular season schedule was much shorter, leaving the MNT’s domestic player pool with less opportunity to be prepared for games on the international calendar in the early part of the year. While the length of the domestic season has grown in the intervening years, January Camp has remained a fixture on the MNT calendar, serving as a preparatory exercise for official matches while providing youngsters and newcomers that stood out during the previous year an extended look.

Because the camp takes place outside of a FIFA international window, not all players in the MNT pool are available. Nonetheless, there is no shortage of examples of guys who launched successful international careers following a strong showing in January. 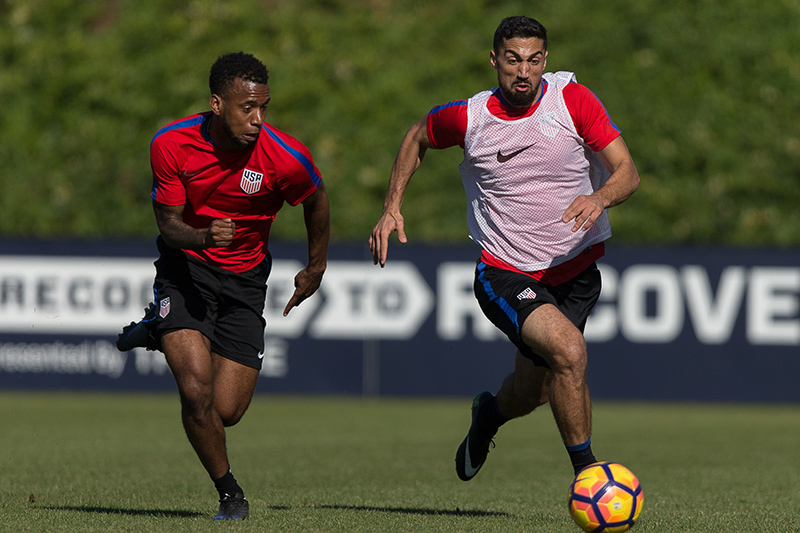 Berhalter has summoned 28 players – all from Major League Soccer – for this year’s camp. With an average age of 24 years, 190 days, the roster provides a good mix of experienced veterans like Michael Bradley, Gyasi Zardes and Wil Trapp, as well as 13 uncapped players, eight of whom will experience their first MNT camp (noted with a * below).

This year’s camp is being held at the Chula Vista Elite Athlete Training Center – formerly the Olympic Training Center – near San Diego. Traditionally the January gathering has taken place at the StubHub Center in Los Angeles; however, Berhalter believed the setup in Chula Vista provide a better and more concentrated environment as he seeks to install a new culture and style of play.

“Being in Chula Vista will help us create a team environment as we start to establish our culture and really be able to work on the details of our style of play. The facilities are outstanding and provide everything we need to accomplish our goals both on and off the field. They are accustomed to hosting elite athletes, so we believe this will be a great place for this group to get started.”

Players will report to the Elite Athlete Training Center in Chula Vista, Calif., on Sunday, Jan. 6 where it they will train through Tuesday, Jan. 22.

Camp then shifts to Glendale, Ariz., where the MNT will do its final preparations before the first match of the year against Panama on Sunday, Jan. 27 at State Farm Stadium (8 p.m. ET; ESPN2, UniMas and UDN). The following day, the MNT heads north to San Jose, Calif., where it will train before closing camp with a game against Costa Rica on Saturday, Feb. 2 at Avaya Stadium (3 p.m. ET; FOX, UniMas and UDN).

Both of these matches against Concacaf rivals provide good exposure to the styles of the play the U.S. will face in regional competition, staring with this summer’s Gold Cup and moving on to the Nation’s League and 2022 FIFA World Cup Qualifying.