The new YNT U-14 TID Program is designed to discover and introduce a larger base of top talents at the U-14 age group into the scouting funnel of the older U-15 to U-20 YNTs. A mini-camp format will help evaluate and inspire high-potential players while accelerating their development in an engaging and challenging environment. A similar YNT U-14 TID Program will be implemented for female players next season.

The program starts with the in-market scouting process: players will be observed in games and the top talents selected to attend YNT Identification Centers. Formerly known as Training Centers, Identification Centers are scheduled to be held in 25 key markets nationwide and will be overseen by U.S. Soccer TID Managers and YNT Network Scouts. These single-day sessions, hosted at local clubs or U.S. Soccer member organizations, gather more than 600 top talents each year in the U-14 and U-15 age groups. Depending on the number of top players identified in each market, YNT Identification Centers are held there two to three times each year in the fall, winter and spring.

“Our TID Managers and YNT Network Scouts, along with the Academy and member clubs, are identifying more and more players with YNT potential that we want to influence and get to know better through our in-market YNT Identification Centers and mini-camps,” said U.S. Soccer Director of Talent Identification Tony Lepore. “We can use these settings to create an engaging and fun environment over multiple days to help us compare players from different scouting areas in order to eventually identify the top talents that will funnel into our U-15 Boys’ National Team.

“At the same time, by bringing together the best-of-the-best, we have a special opportunity to really challenge and inspire the players to take responsibility for their own development. We also can use the time off-the-field to educate the players about important topics like nutrition, sleep and recovery as well as use video to provide individual feedback and introduce YNT principles.” 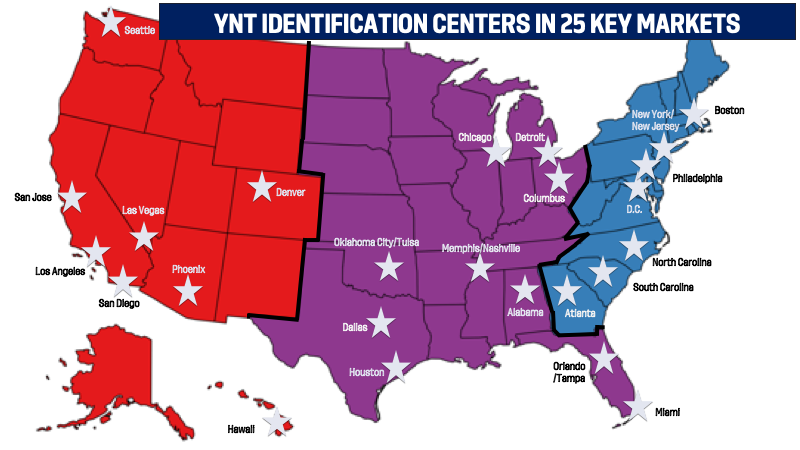 Following the in-market scouting process, YNT U-14 TID Regional Mini-Camps will bring together 80 of the best players from each of U.S. Soccer TID’s three scouting regions – East, Central and West – for a three-game, round-robin competition. Overseen by the U-14 Boys’ National Team Coach, the five-day camp will feature four, 20-player teams (one representing each scouting area), playing three games against each other over the course of four-and-a-half days.

The inaugural West Regional Mini-Camp will run from Jan. 17-21 at the Dignity Health Sports Park in Carson, Calif. The Central and East mini-camps will take place in March and April, respectively.

Girls’ Talent Identification Director Mirelle Van Rijbroek and the three Girls’ TID Managers will be on-site at the Boys West Regional Mini-Camp to observe the new YNT U-14 TID Program in action and continue their planning for the Girls’ edition of the program. 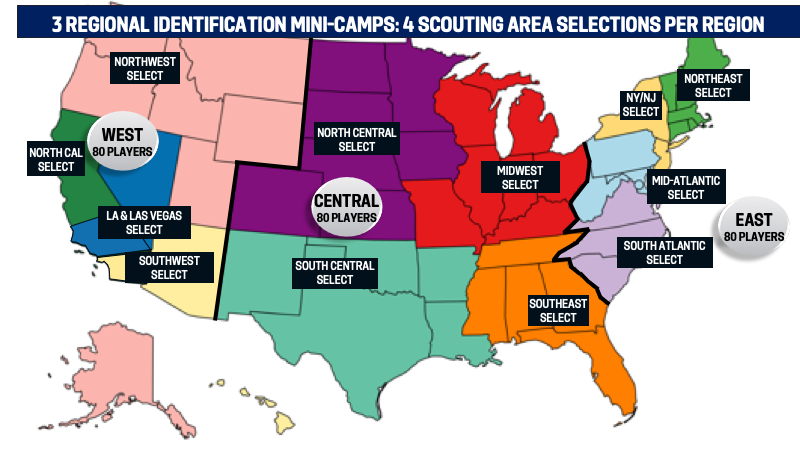 After the Regional Mini-Camps this winter/spring, 60 players will gather for a U-14 National Identification Camp this summer. Roughly twenty players will come from each region, but the roster may also include international-based players beginning at this stage. Held for a full week in the vein of a traditional YNT training camp, the U-14 BNT head coach, all three boys’ TID Managers and six U.S. Soccer Development Academy coaches will be on-hand to guide the camp.

The culmination of the new U-14 Identification Program then comes in the fall, when 20 players will compete in an international event as the U.S. U-14 Boys’ National Team, giving the selected players the opportunity to represent their country in their first international games. From there, players will have the opportunity to advance to the U-15 BNT and continue to progress through the YNT program pathway.

In addition to expanding the YNT player pool at its early stages, the new scouting and identification structure changes programming for U-14 players by allowing them more time to absorb core principles of the YNT philosophy and accelerate their development. Each region’s best talents will compete against each other in three additional meaningful games. Additionally, travel is minimized through the first stages of the program, helping minimize days away from home, school and club.

The new program also offers the opportunity to bolster U.S. Soccer’s national network of scouts to further their education and development while also building its connection with clubs across the country. While the U-14 BNT coach and TID Managers will be on-hand at Regional Mini-Camps, the four sub-regional teams will be coached by scouts from U.S. Soccer’s YNT Scouting Network and local Development Academy coaches from the same area.

“This model will really help us strengthen not only our own YNT Scouting Network, but also our relationship with the clubs in each of the key markets,” Lepore said. “It’s a critical relationship, because scouting starts with the clubs in their own communities. Everyone will begin to have this reference point, which is important with the size of our country and also when comparing the level of players from different areas to make the right recommendations. We want clubs to have a really clear picture of the key qualities we’re looking for in this age group and a better understanding of the level of the top talents in their region.”

“The new program helps us cast a wider scouting net for national identification but also allows us to evaluate players with an eye towards the future, identifying the ones to keep monitoring in their own environment as we move into the U-15 cycle and beyond.