U.S. SoccerMarch 22 2019
The U.S. Men’s National Team used a deflected 81st minute strike from Gyasi Zardes to earn a 1-0 victory against Ecuador, but it was the defensive effort, which limited La Tricolor to just one shot on goal, that really shined through at Orlando City Stadium on Thursday night.

“John Brooks was Man of the Match, he got the coach’s game ball as well. Aaron Long could have gotten it, Tyler Adams was excellent and Tim Ream was good. We didn’t give them any openings. They couldn’t find penetrating passes. They resorted to long balls and those guys gobbled everything up. 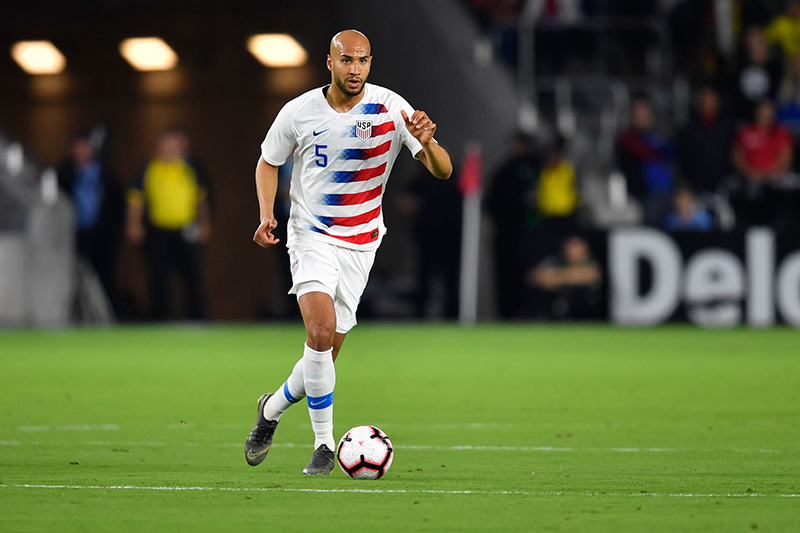 “From a team standpoint, I was happy with the defensive shape, happy with the structure and it was good that our center backs – even when we’re up the field – that they could win every duel that comes at them. It was really impressive.”

Partnering for the first time, the central defensive pair of Brooks and Long combined to win 13 of the 16 duels they faced against Ecuador.

Positive Returns for Adams at Right Back

Much of the talk leading up to Thursday’s match revolved around Tyler Adams playing the hybrid right back/central midfield role in the system Berhalter has been working to implement with the MNT.

First on display during January Camp when Nick Lima executed it against Panama and Costa Rica, Adams lined up as a right back defensively, but partnered with Wil Trapp in the center of the park as the team moved into the attack. The difference in the movements between Adams and left back Tim Ream is illustrated in the heat maps below:

The early returns were positive and Adams said that having Long, who he knows well from his time at the New York Red Bulls, alongside him gave him more comfort as he pinched inside.

“Even when I play my natural position, there’s so much to work on,” the 20-year-old said post-game. “For me the biggest thing is embracing the role and trying to run with it. I think the guys around me helped me and gave me confidence. Playing next to Aaron Long, who I’ve had behind me in so many games before was a confidence boost for me and I think I still have the ability to go out there, roam and effect the game. In the end, I still think there are things I need to improve on, but it would be good to go back, watch the video and see some things.”

Tim Ream last MNT camp appearance came in the lead up to the 1-1 draw with Portugal in November 2017. Though he didn’t play in that match, the defender was brought along to the camp to be a leader amongst a pretty young group that went on to draw the defending European champions.

After a transitional year in 2018 saw the MNT continue the theme of giving younger players their first taste of the National Team, the 31-year-old admitted he wasn’t sure whether a return was in the cards.

“You’re never not following the program,” Ream said. “You obviously follow along, see who is coming up and is in the squad and what the scores are, but regarding my future, I didn’t know. You never know. It’s a matter of doing well at club level, and obviously I’m not as young as the rest of these guys any more. If I got the call, then great. If I didn’t, I would understand that. There’s definitely been a transition in the past year and if I wasn’t going to be involved, then so be it. Thankfully Gregg has come in and seen fit to have me part of the team. 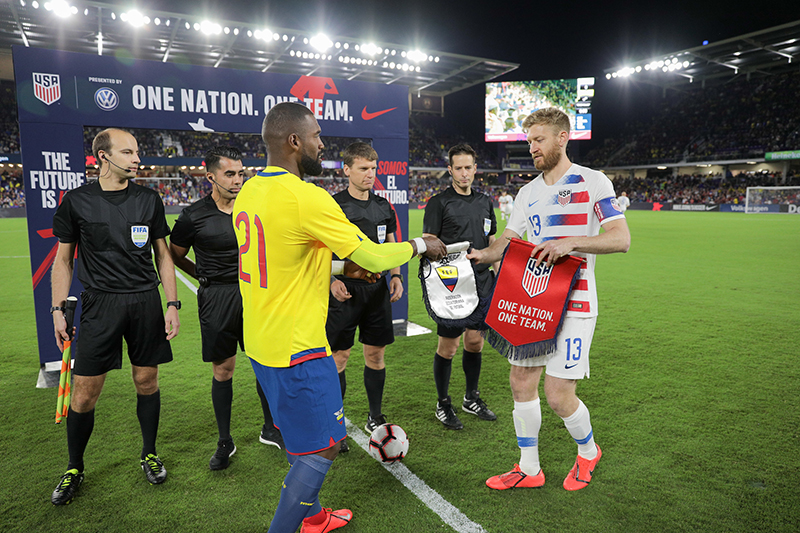 In Ream, Berhalter saw a veteran still playing at a high level with English Premier League side Fulham, and one that could continue to provide leadership as an emerging group continues to grow. That manifested itself on Thursday night when the St. Louis-born defender captained the MNT for the first time.

“It was a huge honor to be honest with you,” he continued. “Whenever you can captain any team, that’s special, but to have it be your National Team is not something you can really describe. I tried to approach it just as any other match, just keeping myself focused and making sure I do the little things. Be in the right spots and make the right decisions. I made a few wrong decisions, but it was special. There’s no two ways about it and something I’ll be able to tell my kids forever.”

Along with the armband, Ream was credited with the assist on Zardes’ game-winning goal, the second of his international career. 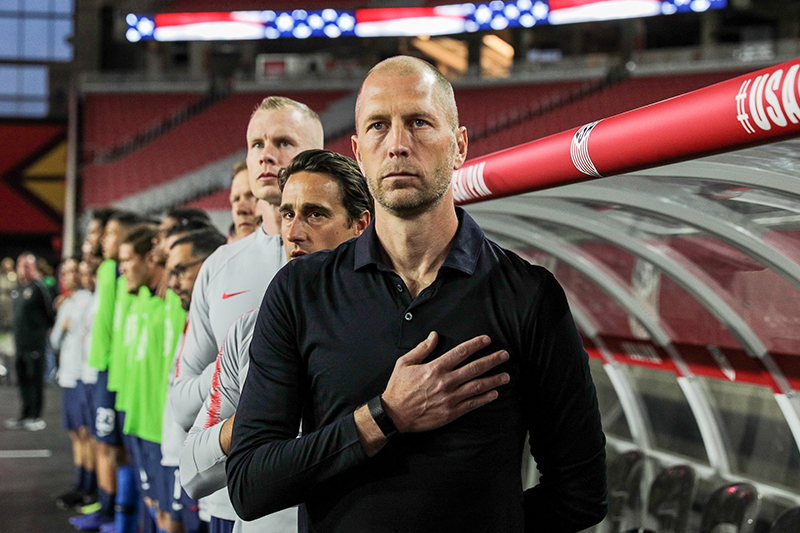 With the win, Berhalter followed Bob Bradley as the second MNT head coach to begin his tenure with three-straight victories. A win on Tuesday against Chile would see Berhalter set the record for most victories at the start of an MNT coaching tenure.

Additionally, the USA has yet to give up a goal in the three games under its new head coach, raising another potential milestone.

A clean sheet against La Roja on Tuesday would tie the record for must shutouts at the start of an MNT coaching tenure, with the previous mark of four straight clean sheets set under Alkis Panagoulias when he began leading the team in 1983-84.