CHICAGO (Dec. 13, 2018) – In a year in which she proved to be one of the most impactful players in all of women’s soccer, USWNT and Chicago Red Stars midfielder Julie Ertz has been voted the 2019 U.S. Soccer Female Player of the Year.

“It’s been a whirlwind of a year and one that I’m extremely grateful for,” said Ertz. “My team lifted me up in so many ways and our experiences on and off the field in 2019 just encapsulate the love I have for the National Team and for wearing this crest and what it represents.”

The 27-year-old who hails from Mesa, Arizona, carried the dominant play she showed in 2017 and 2018 all the way through 2019 as she proved herself to be one of the world’s best. Her lively ball-winning in the air and on the ground, her ability to help set the USA’s tempo in the attack and the danger she consistently provides inside the penalty area on set pieces all combined to make her one of the USA’s most exciting players and a fan favorite. In 2019, Ertz started 22 games for the USA, the most on the team, and her 1,755 minutes played were third-most on the team. She finished the year with 95 career caps.

The appreciation for Ertz’ all-around impact and the rigidity she provided to the USA’s defensive spine, is underscored by the fact that she tallied just one goal in 2019, coming on a spectacular header against Chile during group play at the 2019 Women’s World Cup where she helped the USA to its second consecutive title while playing 474 minutes over six games, all starts.

Ertz was widely hailed for her performance in France and was named to the FIFA FIFPRO World XI at the end of the year. 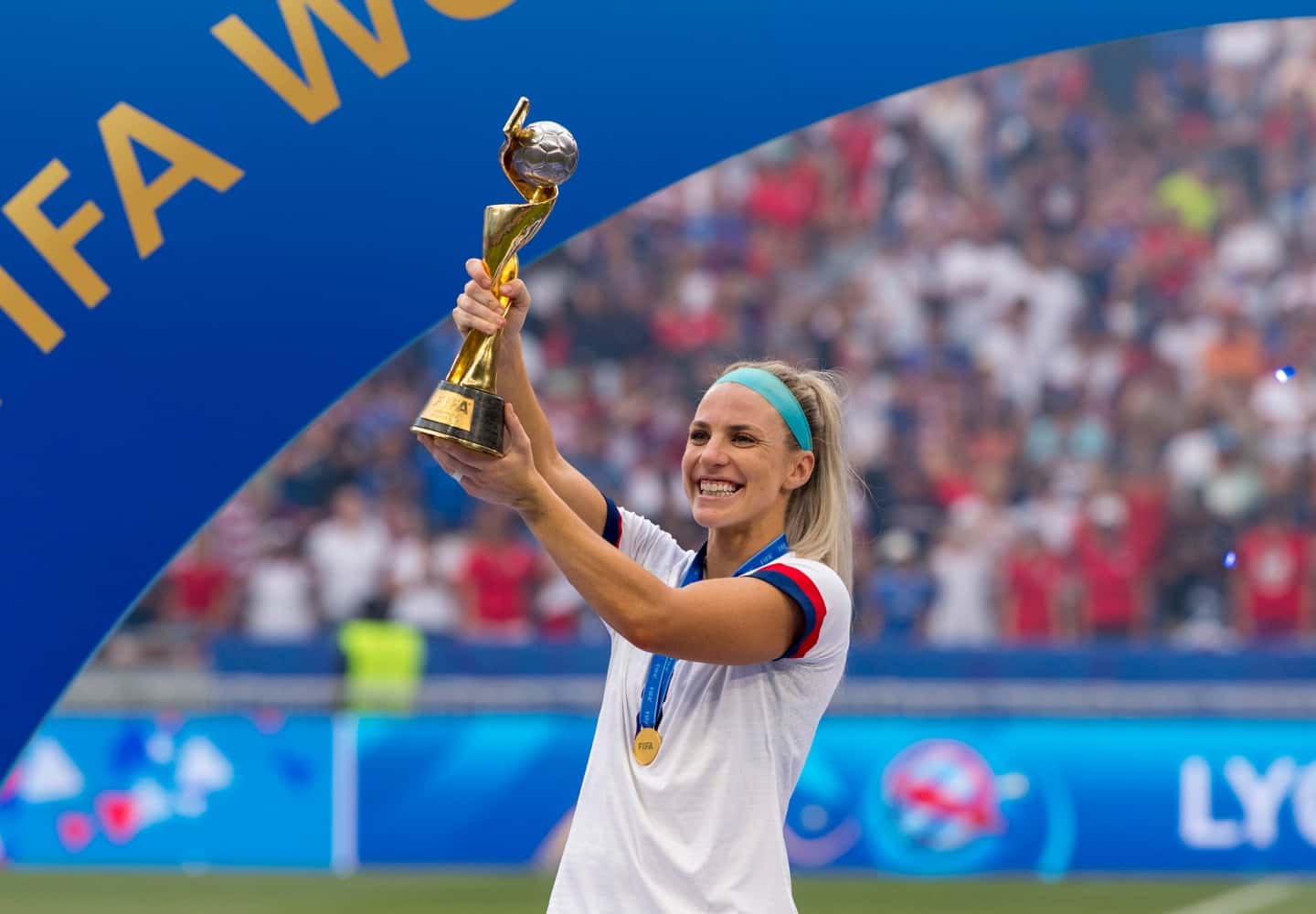 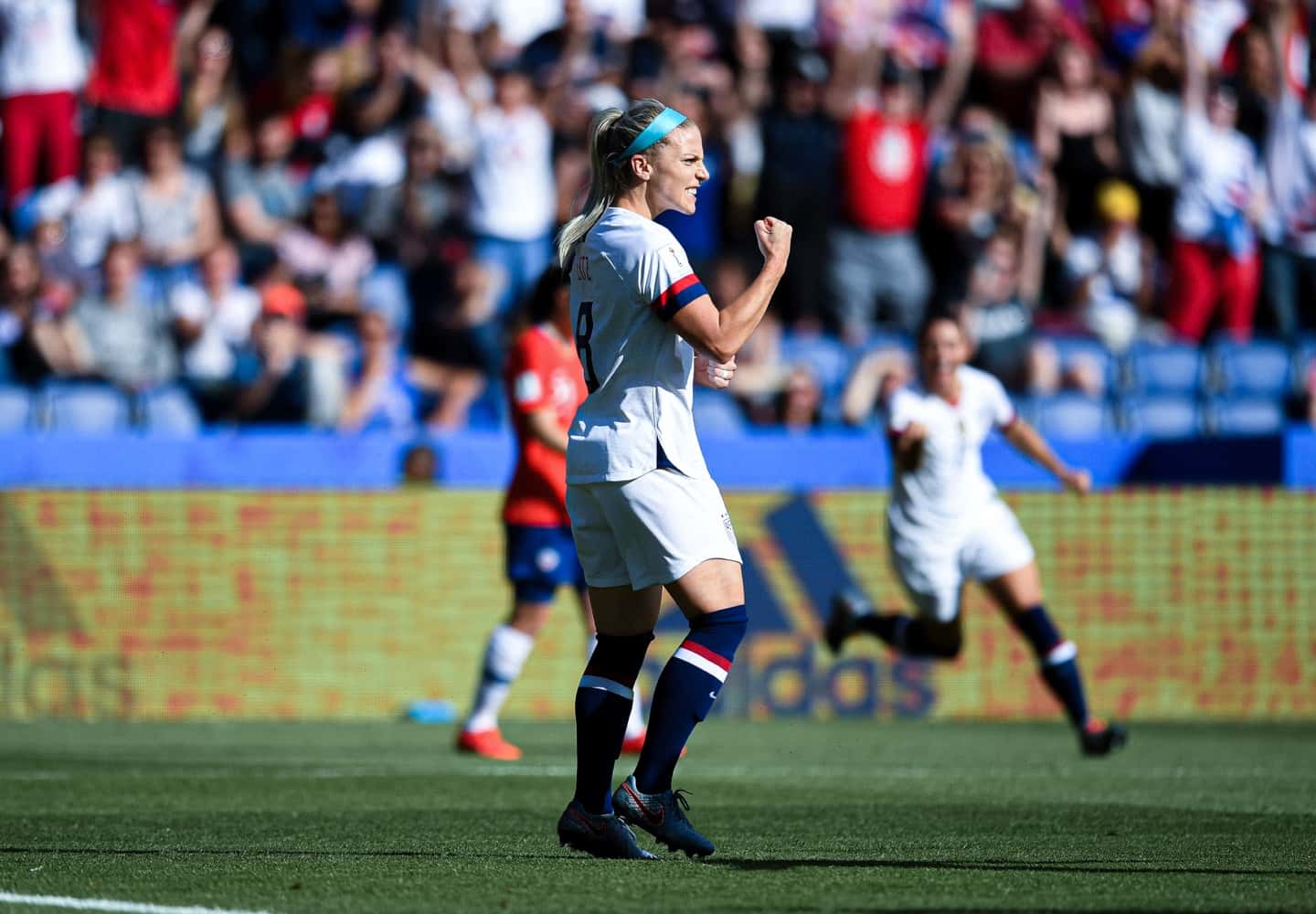 “Julie was such a critical part of our success this summer,” said former U.S. Women’s National Team head coach Jill Ellis. “It’s wonderful that she’s being recognized in this way. She’s always a consummate professional regardless of the environment. Whether it’s in training, National Team games or in the NWSL, she always brings a level of professionalism, effort and talent.”

Ertz also had a banner club season, helping the Chicago Red Stars to second place in the league standings, a victory in the playoff semifinal and their first berth to the NWSL title game. She played every minute of her 14 regular season starts for the Red Stars and every minute of both playoff games when she was once again one of the best players on the field. She was named to the NWSL Best XI as a midfielder, but also played considerable minutes in the center of the defense. She tied with five other U.S. teammates for most regular season minutes played in the NWSL by any 2019 World Cup Team member.

“All of my teammates just had such an amazing year and we all know it takes an entire team to win a World Cup or have a successful club season,” said Ertz. “We are all a sum of the people around us, so I want to especially thank (my husband) Zach and my family, all my coaches for the National Team and the Red Stars, and all my teammates for their never-ending support. It’s emotional to be recognized in this way and it’s a cherry on top of a beautiful 2019. It’s incredible.”

The U.S. Soccer Female Player of the Year has been awarded since 1985, when midfielder Sharon Remer earned the first Female Athlete of the Year honor. Abby Wambach won it six times, the most of any player.