CHICAGO (Jan. 25, 2022) – The U.S. Men’s National Team resumes its World Cup qualifying campaign this week in Columbus, Ohio with USA-El Salvador, presented by Volkswagen. Alongside the USMNT’s return to action, the Only Forward Art Series continues with a special piece from artist Geoff Gouveia, whose work focuses on soccer culture.

The artwork will be available as an exclusive NFT for fans attending Thursday’s match. Kickoff from Lower.com Field in Columbus is set for 7 p.m. ET on ESPN2, UniMas and TUDN. 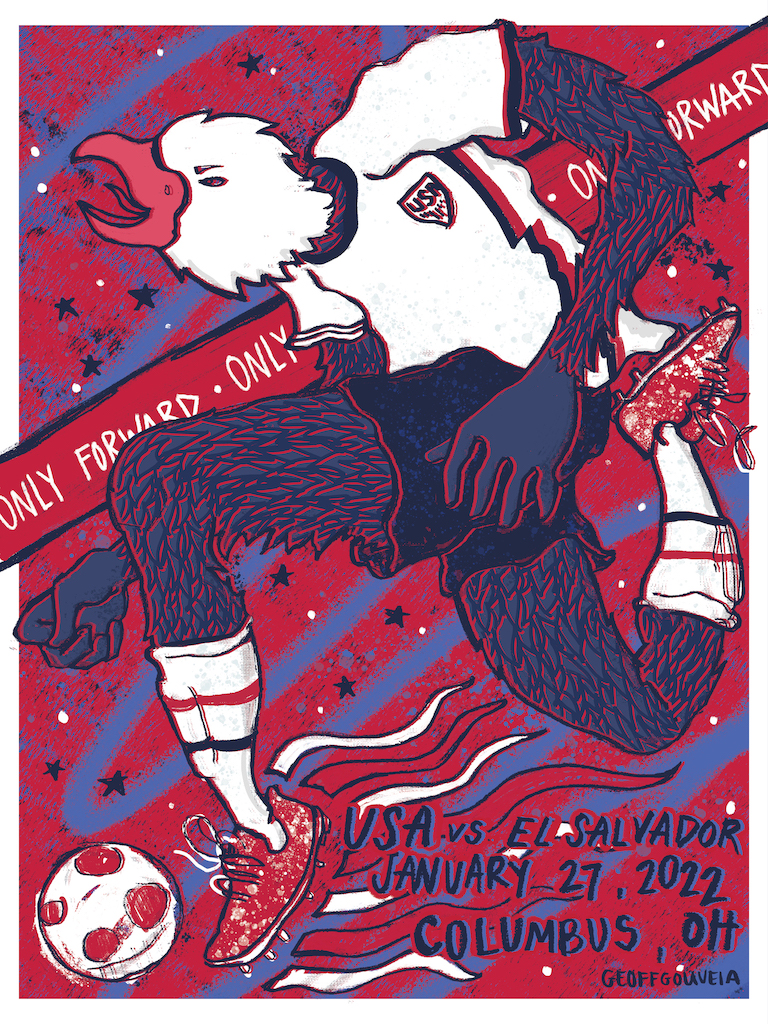 Fans at Lower.com Field will be able to text a special phone number in order to redeem an NFT of Gouveia’s artwork on matchday. More information will be e-mailed to ticketholders ahead of the game and the “text to redeem” instructions will be displayed on the videoboard at the stadium.

Gouveia is a Southern California based muralist and artist. After visiting Brazil for the 2014 FIFA World Cup, he dedicated his art practice to his childhood passion of soccer. His work focuses on seeking to push creativity in the beautiful game past historic expectations to new heights.

The Only Forward Art Series features special artwork in all home World Cup qualifying host cities as artists create bespoke pieces that showcase the spirit of the USMNT and celebrate diversity within the sport. The Art Series will continue with the USMNT’s final two home World Cup qualifying matches vs. Honduras in St. Paul, Minn. next week and Panama in Orlando, Fla. in March.