Willy Roy has never made a big deal about his place in U.S. Men's National Team history.

The best illustration of the fact is his initial response when asked about becoming the first player to score for the USMNT at the famed Estadio Azteca against Mexico.

"I wish somebody else would have scored it and we would have won the game down there," Roy told ussoccer.com when reflecting on his goal in a 3-1 World Cup Qualifying defeat to El Trí on Sept. 3, 1972.

Wearing the USA uniform was so important to the National Soccer Hall of Famer.

"It was really, exciting for me. To put on the jersey that said ‘USA’ -- nothing could be better," said the 79-year-old, who set several scoring standards during the USMNT’s lean years, some of which stood for decades.

Roy's first experience wearing the Red, White and Blue was a frustrating one, coming seven years earlier in another FIFA World Cup Qualifier at Mexico before 64,285 supporters at the Azteca’s predecessor, Estadio Olimpico, on March 12, 1965.

So, there was much to take in that day. 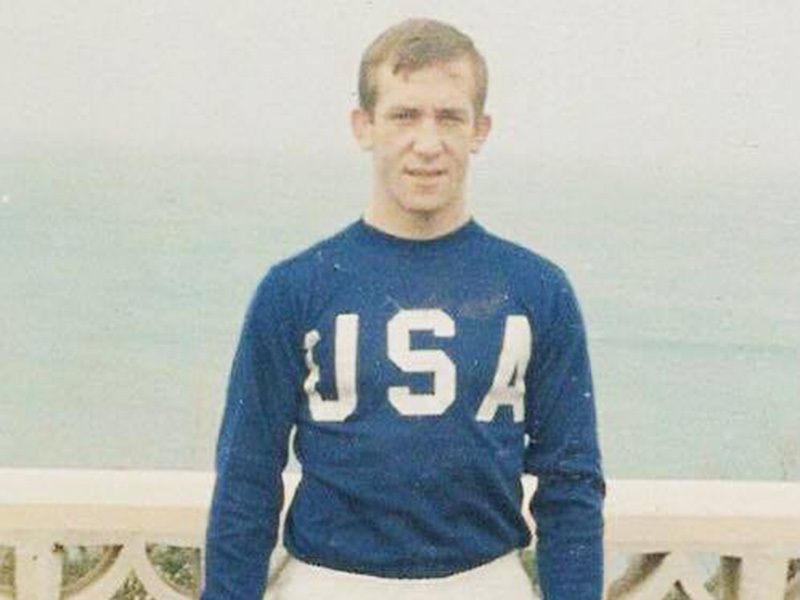 "Initially, it's kind of scary," he said. "The adrenaline is flowing at 110 percent. But when you touch the ball once or twice, everything goes back to normal. You start playing your own game."

Early in the match, Roy got a pass from a teammate, but the ball bounced off his leg.

"Then you heard, thousands of Mexican fans laughing and blowing whistles," Roy said. "I said, 'Boy, this is going be a tough game today.' "

Tough for another reason. Twice Roy deposited the ball into the back of the net off breakaways. Both goals were called offside.

"I asked the referee why he didn't call it offside, before I scored the goal,” he said. “You made me run 60 yards for nothing to score the goals."

Roy waited seven years for another opportunity to score in Mexico City. This time it was at a relatively new venue that was establishing a reputation as a cauldron for visiting teams - Azteca - on Sept. 3, 1972.

The Americans needed a win to keep their qualifying hopes alive, but Mexico grabbed a three-goal lead. That did not deter Roy, who headed in Gene Geimer's 78th-minute cross from the right in a 3-1 defeat. 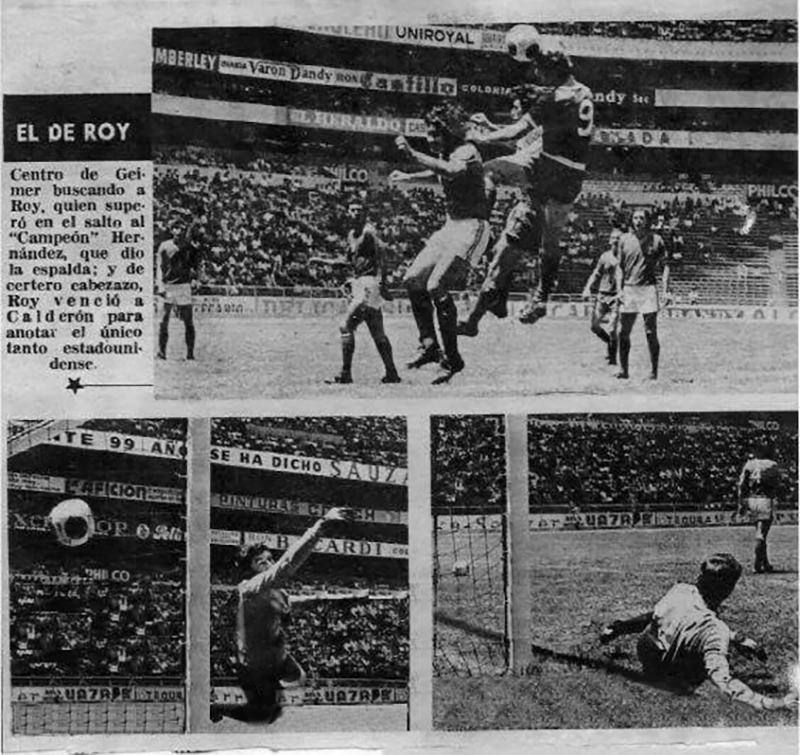 "I jumped a little higher than most Mexican defenders did," Roy said. "So, I had a clear head ball. That was maybe one of my stronger points when I played. I scored quite a few goals with my head."

While the USMNT was outplayed, Roy said the team displayed a never-say-die attitude.

"Being down 3-0 or 5-0, this team wouldn't have quit playing," he said. "It doesn't matter. Miracles happen. And when you're downstream and somebody scores a goal, you get a little bit closer." 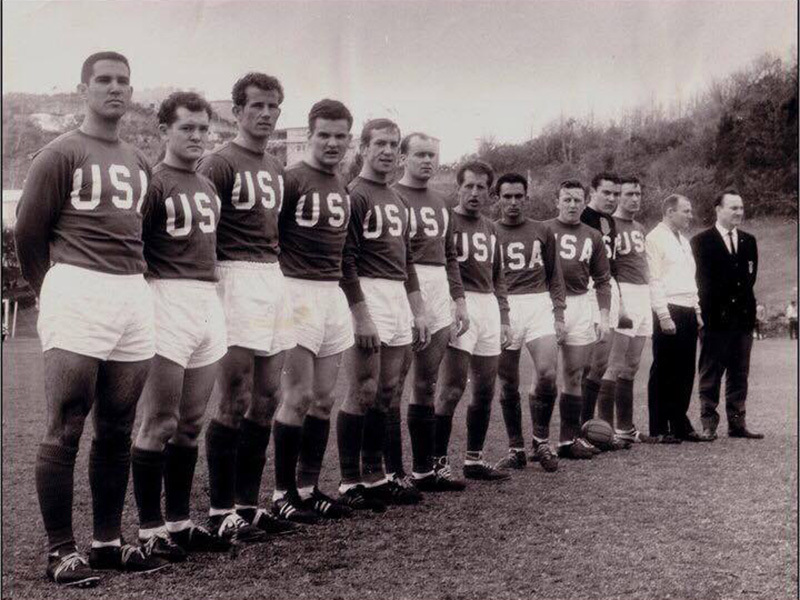 During his seven-year USMNT career, Roy found the net nine times in 20 matches for an impressive 45 percent strike rate.

In an era where the team didn’t play anywhere near the number of matches it does today, Roy set the standard and held team records in several categories:


"Winning was probably the most important thing," Roy said. "As a player who scored the first goal or last goal, I don't think I've ever looked at it that way. When my son Karsten told me that, 'Did you realize that for 30 years, you were the leading goal scorer in World Cup qualifying?' I said you've got to be kidding. It's got to be a joke. I'm glad it wasn't April 1."

DON’T PLAY SOCCER, GET A JOB

Born on Feb. 8, 1943, Roy and his family emigrated from war-torn Germany to the USA when he was 13. The Roys had relatives in America.

"After the war, Germany was pretty much destroyed," Roy said. "Moving to the U.S. where we had some family, that would have been a nice start for us.”

It took the Roys three years to emigrate. Families needed sponsorship, couldn’t be on welfare and needed to be healthy. Because Roy’s father served in the German army, the U.S. government also needed to determine he was not a Nazi. 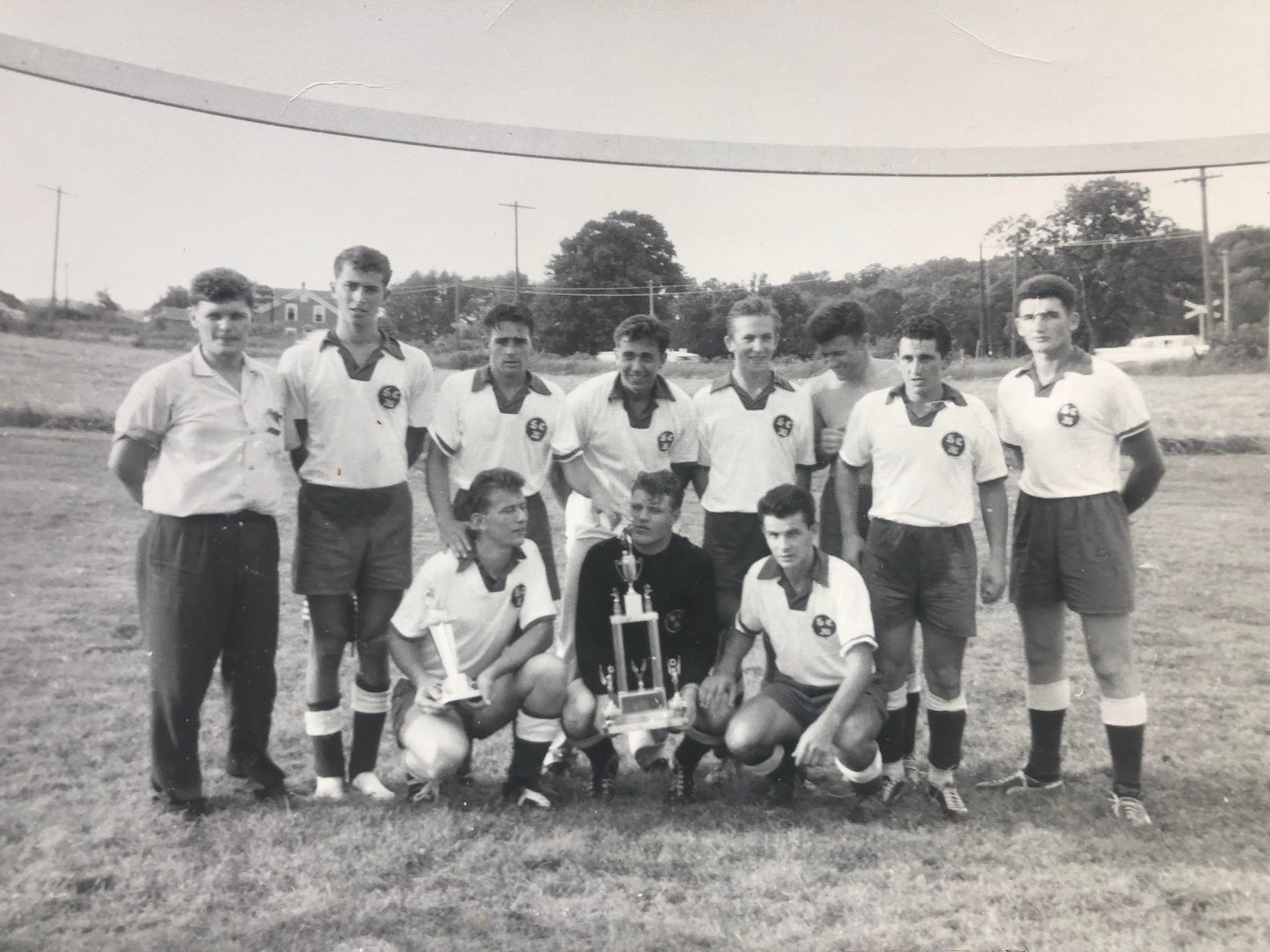 Like the first time he wore a USA jersey, Roy's first competitive match in a uniform didn't go exactly as he had hoped.

While the family awaited approval to move to the U.S., a 12-year-old Roy suited up for a local youth team in Germany. He did so against his father’s wishes.

"My dad was absolutely against us playing any sports. He wanted us to go get a job and make some money,” Roy remembered. “I joined behind his back, but one day I saw my dad show up at the field.”

He stood on his son’s team side.

"The coach said: 'You're going to play right wing, right forward.’ So, I went all the way across the field to the left side,” Roy said. “The coach kept yelling, 'Get over get on the right side.' Finally, he said, 'You're so stupid. You don't know your left from your right.’ He took me out. I was so happy that he took me out of the game. I thought my dad wouldn't didn't see me, but he did." 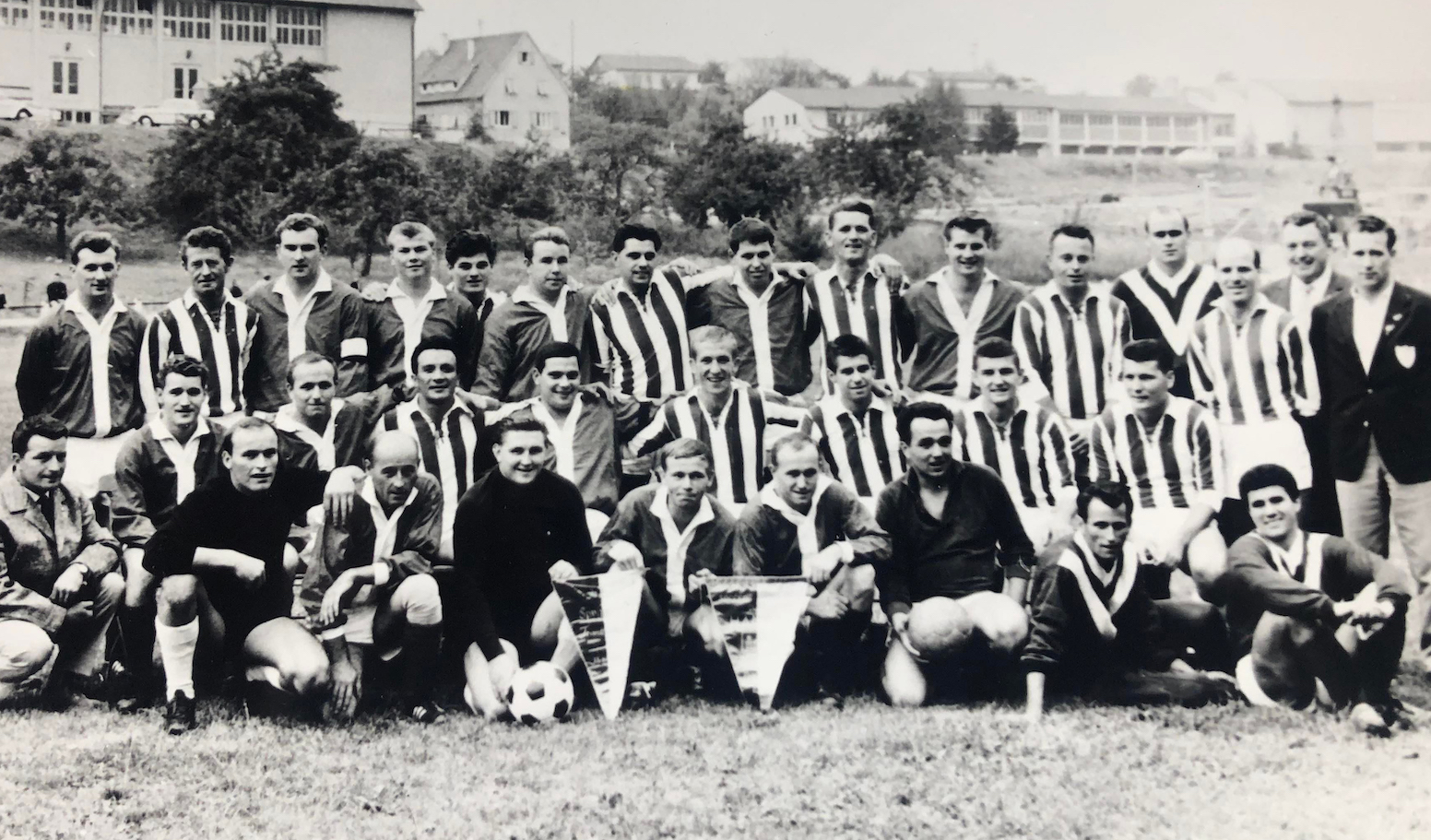 Willy Roy (middle row, center) and a Chicago All-Star XI during a tour of Germany

Roy definitely knew his left from his right. Moreover, he knew where the opposing goal was.

After the family moved Stateside, he established a reputation as a prolific striker, filling the net for Chicago Hansa. While playing for a Chicago All-Star XI in friendlies against Hannover 96 and Werder Bremen, Roy scored three goals in each game.

"The reputation was building up at that time, even though I didn't think that was good enough - maybe I should have scored four goals or five goals,” he said. “When I got my first call to come to the national team, it was really exciting for me."

A DIFFERENT ERA FOR THE USMNT

Back in the day, the selection process was quite different. Teams representing four sections of the country played to determine the squad. Roy scored several goals.

"The only sad part was I wasn't a citizen, and the US was starting to have games,” he said. “But they knew our senator in Illinois. They fast tracked my situation to help me become a citizen."

During an era in which there no uniform FIFA international dates, matches were scheduled via agreements between national teams. Kurt Lamm, who served as U.S. Soccer’s Secretary General at the time, phoned eligible players to let them know when the next game was scheduled. 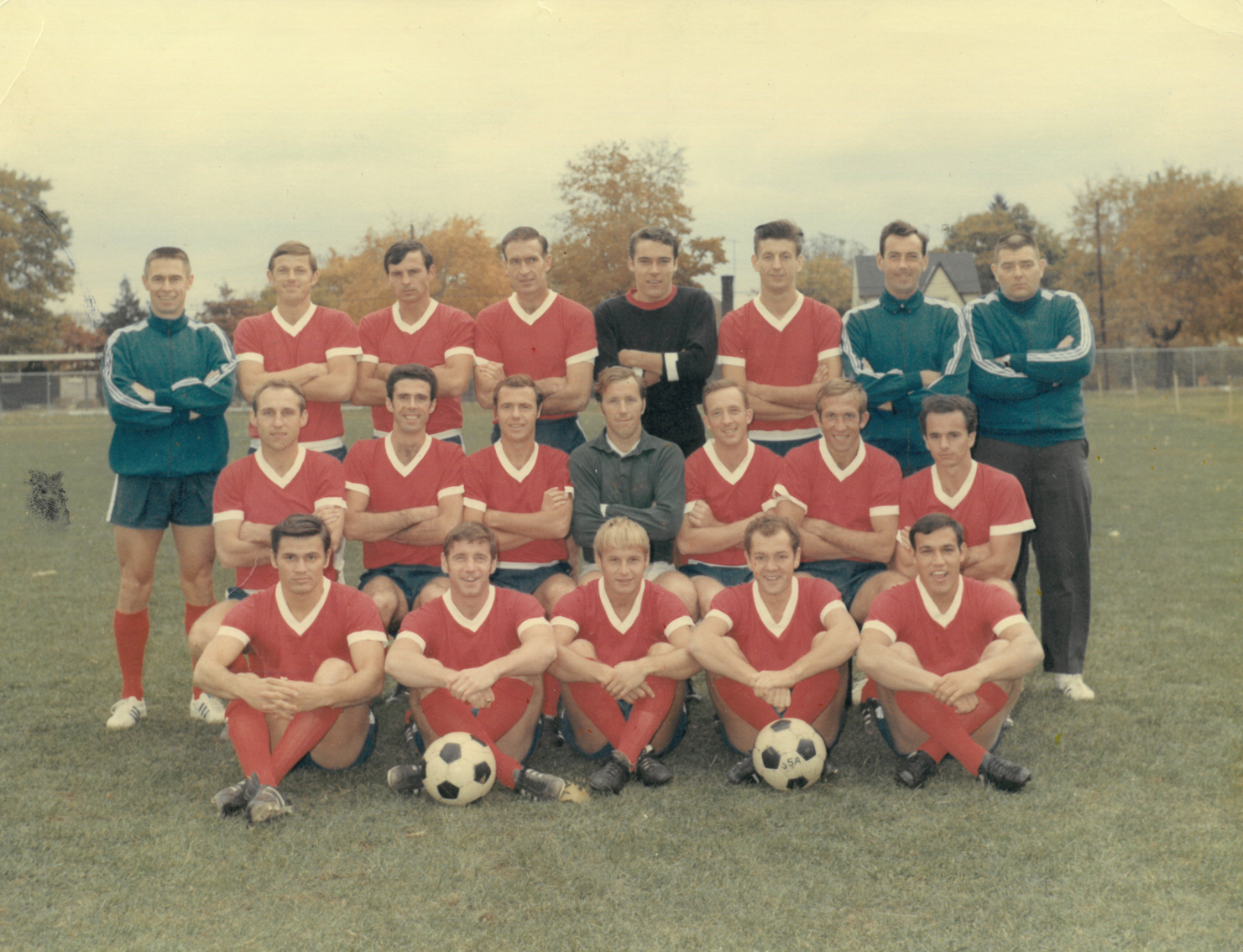 "He would say: 'Make sure you guys are in shape. We’ve got a game coming up in three weeks,'" Roy said. "There was no long-term planning or anything like that."

In the sixties and seventies, the Federation didn’t have the resources it has today. There were few, if any, pre-tournament camps. Many times, players met their teammates at the airport.

"We just loved representing the country and meeting new teammates," Roy said. "It was exciting. There was no money involved. If somebody was working, they probably had trouble collecting their lost wages to be part of the national team, which has changed now. The team is fully funded. The players are making a lot of money. God bless them."

Just playing for your country was payment enough.

"The team always had a positive attitude," Roy said. "Sometimes if you look at sports, it's usually the people that really don't have much in the beginning of their life that really excel because everything becomes a little bonus. Whether it was traveling, flying in a plane the first time, having your first steak dinner, it was fun. Money didn't really matter." 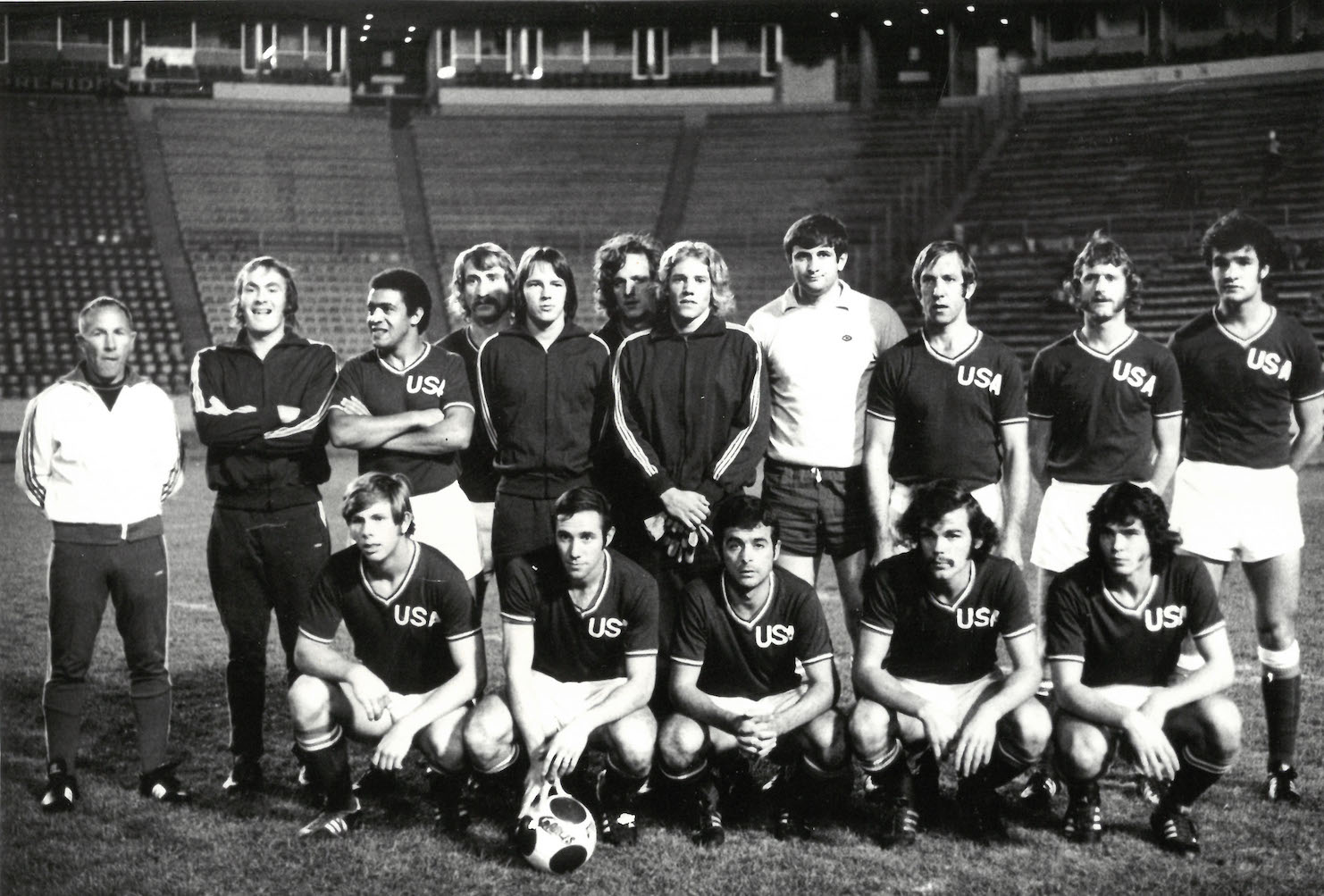 Roy (top row, third from right) during a USMNT visit to Puebla, Mexico in 1973

There were some other unique challenges.

For example, before a training session in Bermuda, two coaches were at the helm of the team.

"George Meyer, a wonderful person who worked as a bus driver didn't have a lot of soccer experience in the past, and a Hungarian born coach Geza Henni from New York," Roy said. "We go out to our first practice session and one coach said: "We're going to start walking.' The other coach says, 'No, we're going to start jogging.’ We didn't know who the head coach actually was on the team. Even now, I still don't know who the head coach was. It was kind of strange."

For the record, the head coach was, in fact, George Meyer.

Roy, now 79, also played professionally for the Kansas City Spurs, St. Louis Stars and Chicago Sting before retiring in 1975. Two years later, he was named Sting head coach and was the mastermind of the club’s NASL Championships in 1981 and 1984.

READY FOR THE NEXT CHAPTER AT AZTECA

Like many U.S. fans, Roy will be watching and rooting for the USMNT in its final three Concacaf Octagonal qualifiers this month. The USA's journey starts against Mexico on March 24, at a familiar venue to the U.S. legend - Estadio Azteca.

"I want the team to do real well, and I think the team will qualify," he said. 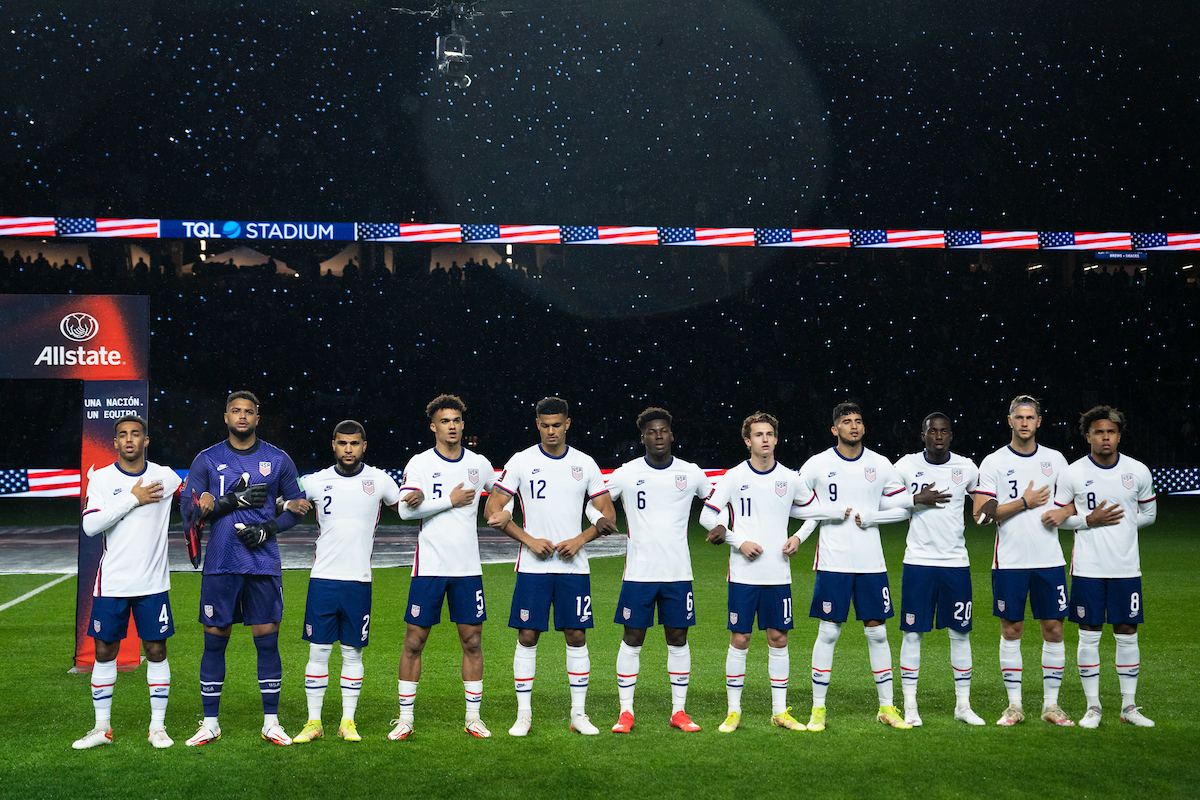 Having made history as the first USMNT player to score at Azteca, the pride of playing for your country was embedded in Roy many years ago.

"It's an honor to play for the U.S. It was for me every game," he said. "Before the game, it's like you're shaking a little bit. You're all excited. Come on referee blow the whistle, so we can start playing.

"Once you put that jersey on, it felt different than any other jersey." 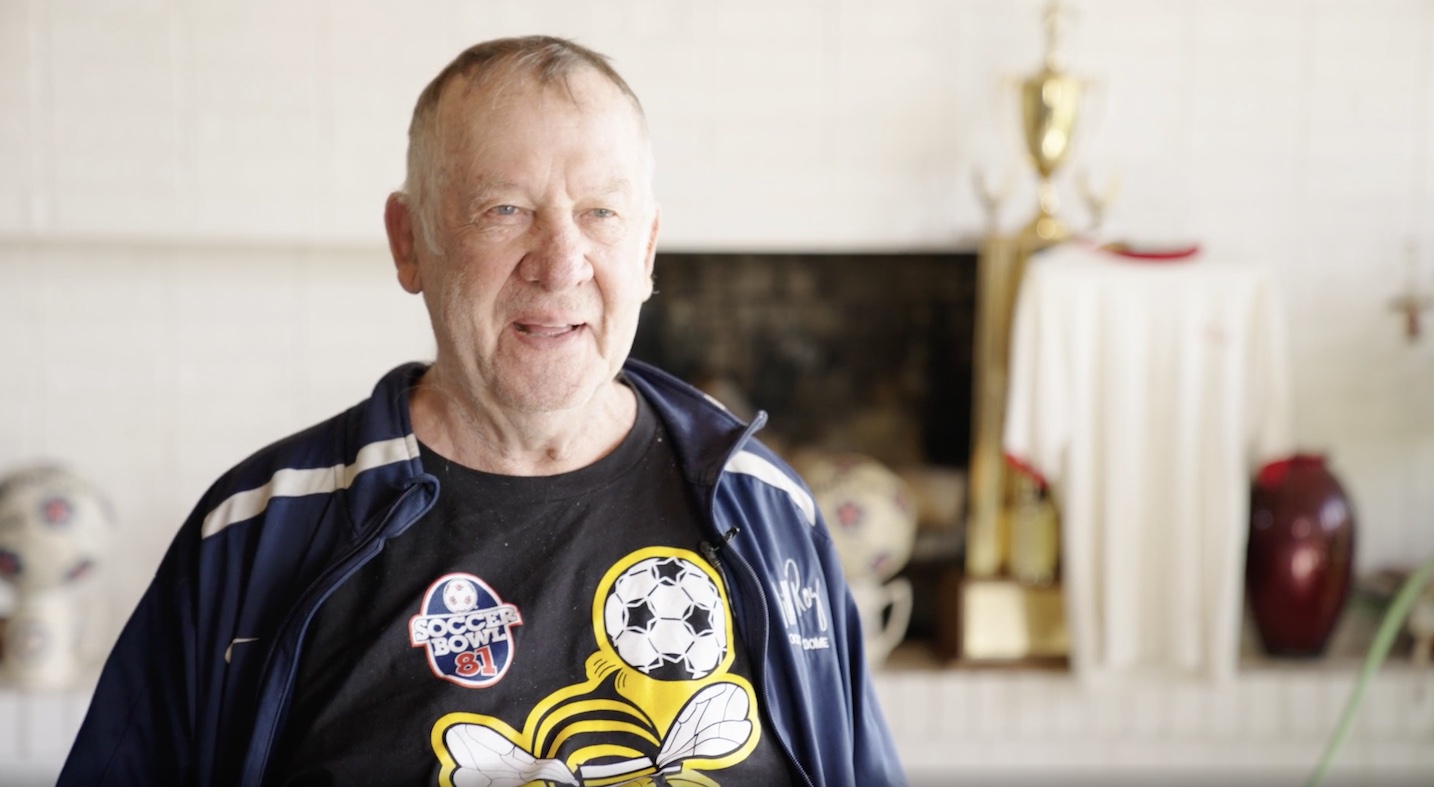