A Sunset for Sacha Kljestan

Sacha Kljestan is one of the great unsung creators of the American game – and the veteran midfielder is taking quiet aim at the Open Cup with LA Galaxy in the twilight of his career.
Jonah FontelaJune 14 2022
Open Cup

The setting sun, spraying the Southern California sky deep purples and red, held for a long time over the Great Park soccer stadium in Irvine. Below those throbbing contours, on the main field beside the smaller one his young daughter trains on twice a week, 36-year-old Sacha Kljestan captained an LA Galaxy team, mostly of reserves and youth players, in the Open Cup’s Round of 32.

“I was 17 years older than some of the guys that day; we live very different lives,” said Kljestan, born and raised right there in Orange County and one of the best American playmakers of his generation. “So, ok, the other team [Cal United Strikers of NISA] has a 15-year-old [Nathan Lee] in there, and he’s good, but he’s also standing in the way of me winning a trophy.” 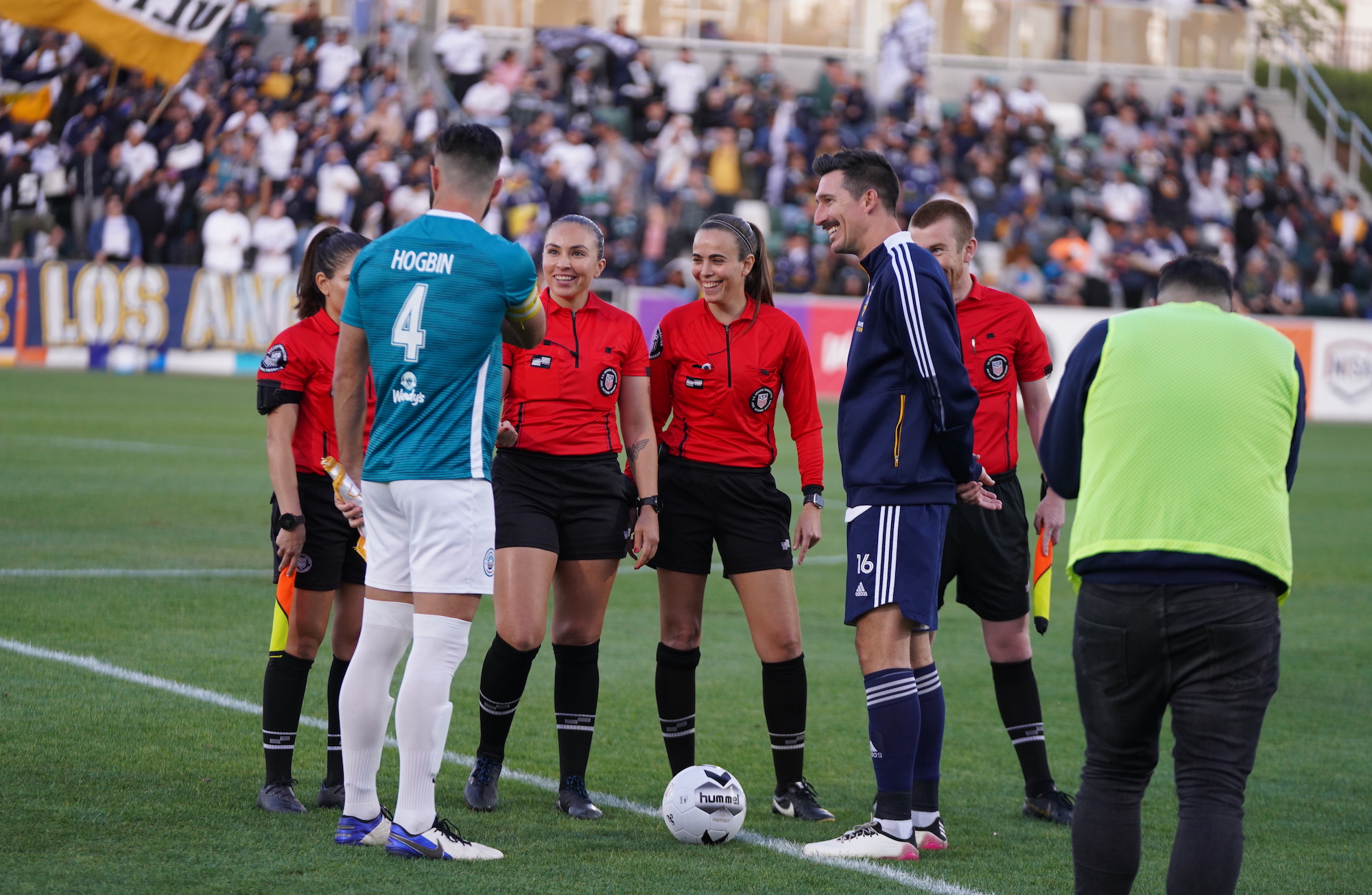 Captain Kljestan before the Round of 32 game against Cal United

You saw all of Kljestan on display in the Galaxy’s 3-2 win over the local third-division pros that day in May. Surrounded by pups, all full of energy and ambition, he dictated the patterns. He brought the game a calm – honed through 16 years as a top-tier pro – and kept the lid on when the Galaxy went down early and the fans began to delight in the possibilities of an upset.

When Dejan Joveljić, just 22, earned a penalty on the stroke of halftime, Kljestan grabbed the ball.

“I’m the regular penalty taker,” he told usopencup.com. “But it was a special circumstance…”

Joveljić’s father had traveled from Bosnia to watch his son play. “He really wanted to score in front of his dad,” Kljestan said of the young striker, already a Serbian international, who went on to score twice from the spot that day. “He’s been asking me to take the penalties for about a year now, and he’s good at them, so I was more than happy, on this occasion, to step aside.” 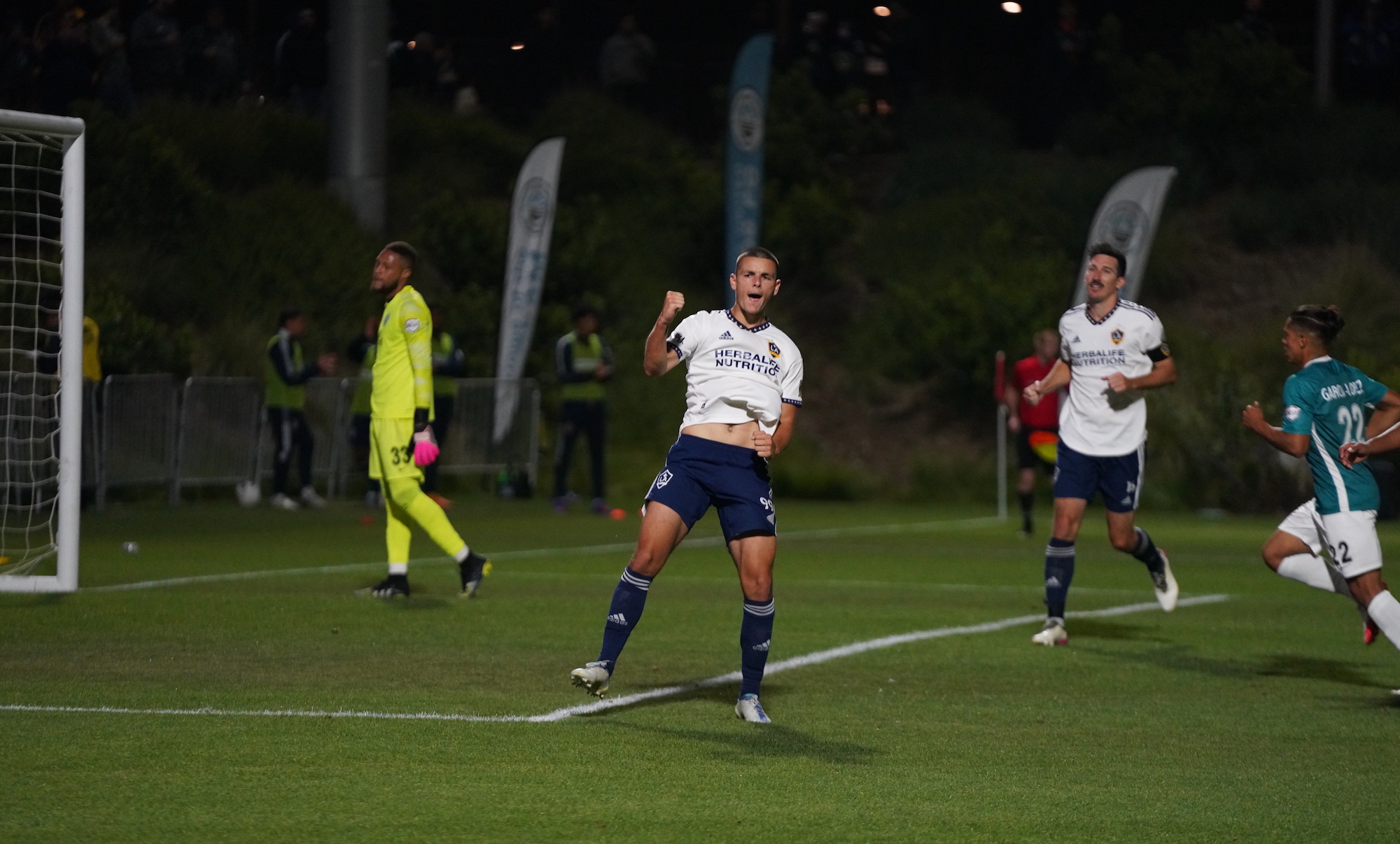 Joveljić buries one of his two PKs against Cal United

Kljestan gets it. His father, Slavko, came to the U.S. in search of a new life. He crossed the Canadian border in the trunk of a car and hitchhiked to Southern California. Before that he was a professional player with Željezničar Sarajevo. Young Sacha grew up around the game and the spells it can cast as his father insisted always on the value, and possibility, of making something from nothing.

“He’s very into soccer and very into the Galaxy,” smiled Kljestan, describing how he and his own five-year-old son, Knox, walked hand-in-hand onto the main stadium pitch in Carson before the Galaxy’s first 2022 Cup game – against old national teammate Landon Donovan’s San Diego Loyal in April. “He watches everything very intently and so it was a very special moment for the both of us.”

I’ve wanted to walk out for a game with my son for years and we finally made it happen last night. A memory for a lifetime. He was our good luck charm!! ❤️ https://t.co/fxnQvo9zIv

“He [Knox] knows all the guys from being around training and around the club,” added Kljestan, whose daughter Vera once walked out with him during his days with the New York Red Bulls. “He was a little nervous when he got out on the field though.”


Kljestan admits to loving the Open Cup unabashedly. It suits him somehow – the underdogs and the history. How it weaves a wobbling line through different eras of the American game. “I used to hate it when we wouldn’t take it [the Cup] seriously,” he said of his first MLS club, Chivas USA. 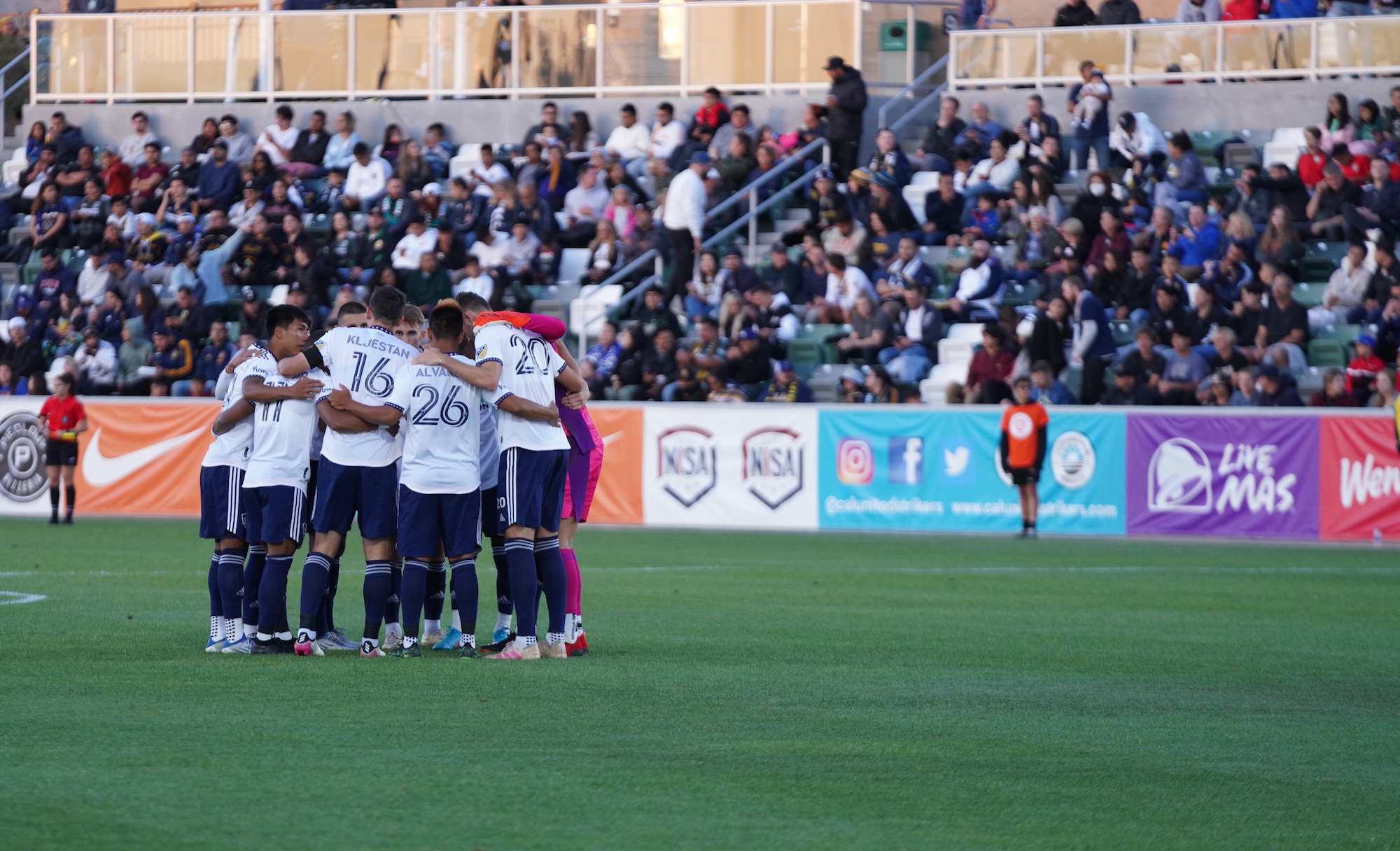 Aside from his own father’s influence, there was another father figure, farther East, who had a strong impact on Kljestan’s development and appreciation of the game.

American soccer legend Manny Schellscheidt, an Open Cup winner and star from the old rough-and-tumble days in the middle of the last century, was Kljestan’s college coach at Seton Hall. He’s also, at 81, one of Kljestan’s biggest admirers. “He’s a special player; a composer of beautiful music,” the German-born Schellscheidt said of his former midfield schemer. “I would have loved to play with him.  he’s the kind of player who could have played on any field at any time.”

The two keep in close touch. “The stories – how he arrived in the States on a Tuesday, was registered to play on Wednesday, and was on the field in Farcher's Grove and playing on Saturday,” Kljestan said of his coach and mentor Schellscheidt – one of the first to see his own unique qualities as a player.

“I would have loved to play with him back in the day,” Kljestan himself added, echoing his old coach’s sentiments. “You could see, when he’d jump on the field when we needed an extra, what a crafty player he was. And what a left foot.” 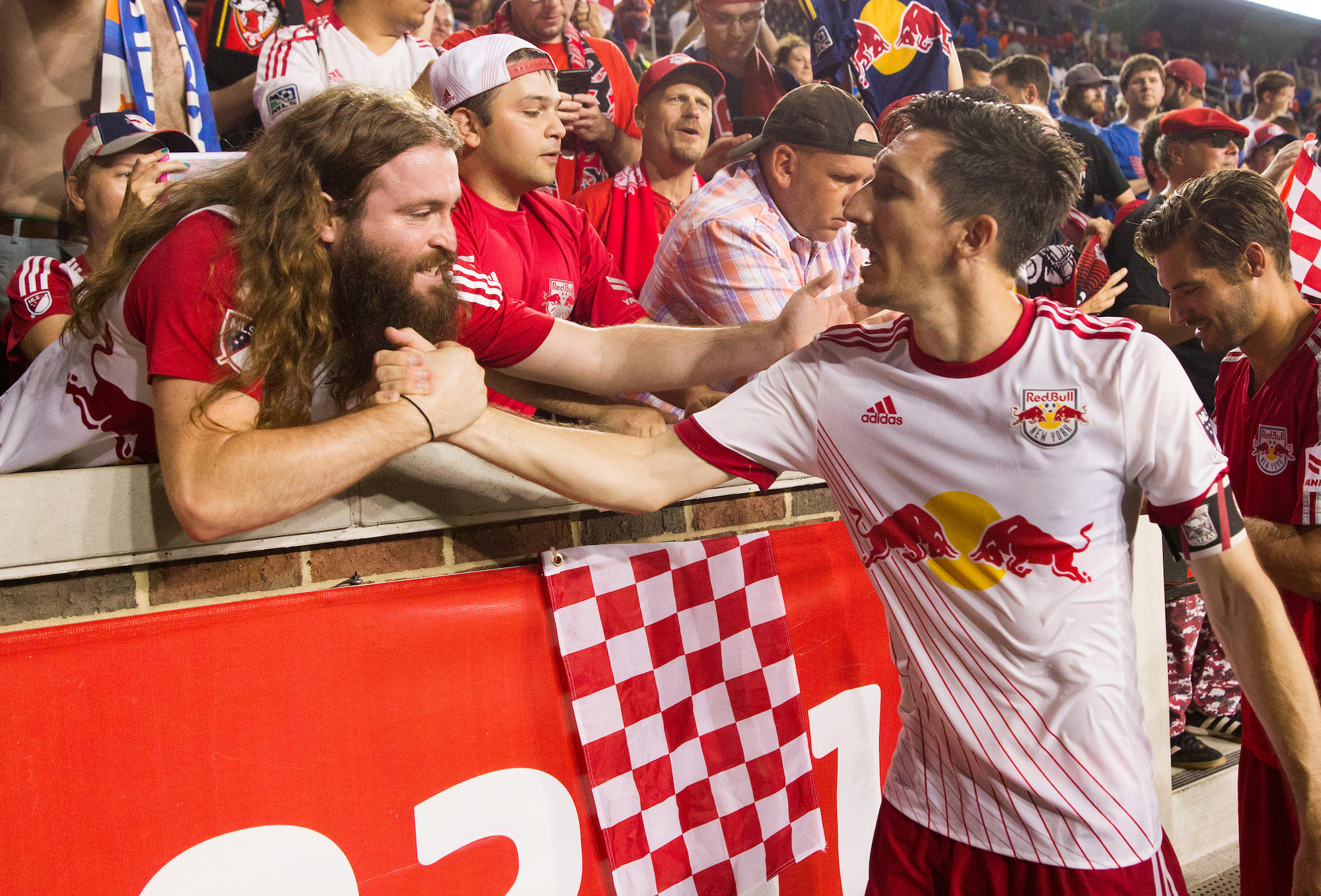 Kljestan reached the Open Cup final with NYRB in 2017

While the decades that stretched between their primes conspired to keep the two men off the same fields, they did play together. “He’d invite me out to the Boys Club in Union, New Jersey – not everyone was invited, only a select few,” remembered Kljestan, who’s lined up for four different MLS teams and also spent five seasons with Anderlecht in Belgium. “And it would be 4 v 4 or 5 v 5 on a basketball court to small goals. And it was always fun.”

How Schellscheidt beamed seeing Kljestan walk onto the pitch for an Open Cup Final in 2017 with the New York Red Bulls. He was close enough to reach out and touch the crown his coach won in 1970 with Elizabeth SC of New Jersey in front of about 5000 fans in Manhattan. But it wasn’t to be. The closest Kljestan came to lifting the trophy was walking by it before the game at Children’s Mercy Park in Kansas. 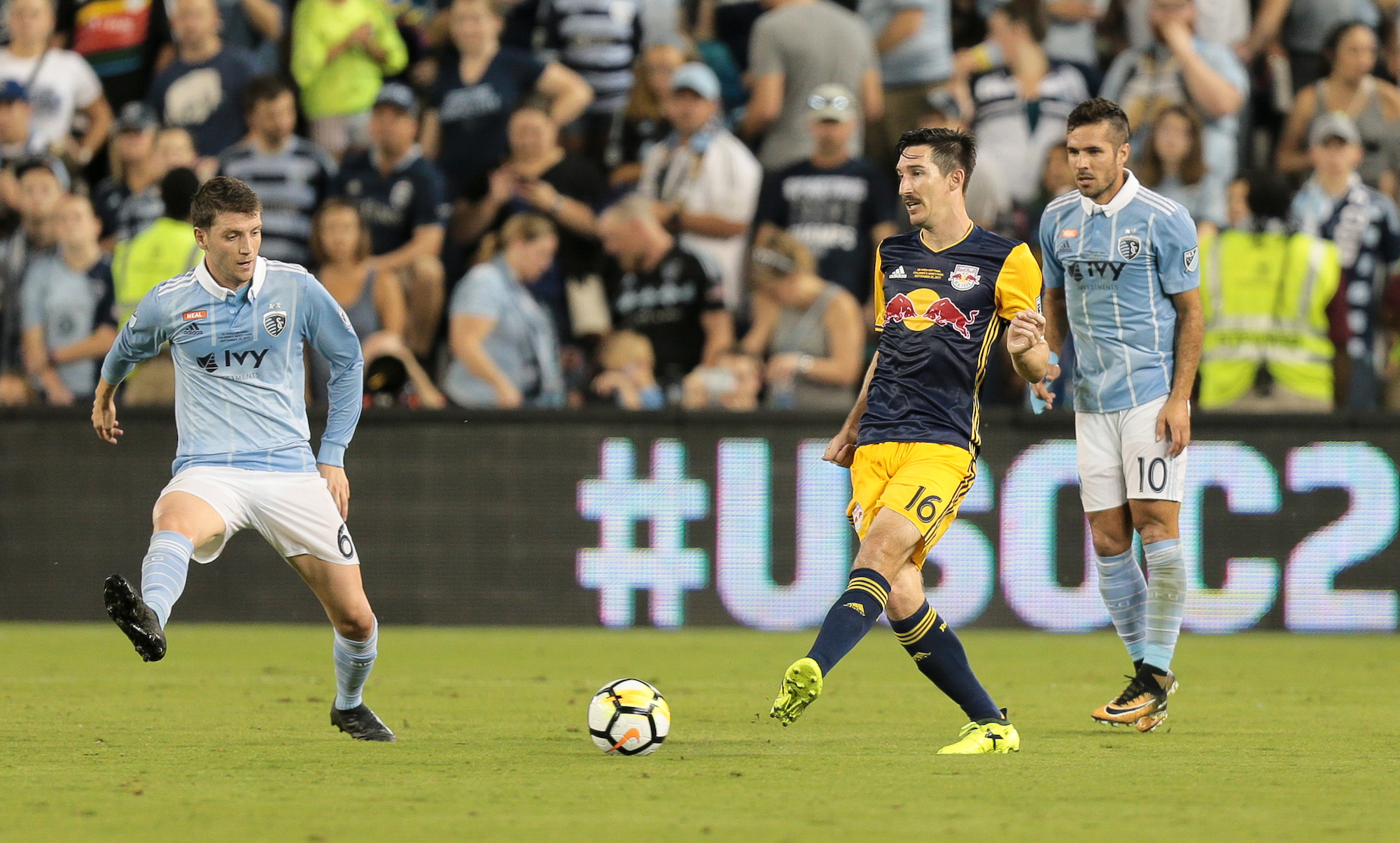 Kljestan dictating the patterns in the 2017 Final in Kansas City

“I don’t think it drives me [the 2-1 loss to Sporting KC in the 2017 Final]. I do carry it with me,” said Kljestan, a stickler for small distinctions. “We gave it our all but it’s definitely something I’ve carried with me since then.”

Now he’s passing what he knows to the younger ones in the Galaxy team – the ones he hugged and high-fived after the final whistle in Orange County on that May evening bathed in melancholy dusk. “You don’t always get a chance to play in a final. There’s only so many teams and players who can lift a trophy each year,” he insisted, a point many young players are slow to digest. “So when you do, it’s rare and you should give it everything.”

Happy #ValentinesDay from @opencup. 💘😍⚽️ Spend it with someone who looks at you like @SachaKljestan looks at the 🏆.

The End of the Road?

Kljestan, who made more than 50 appearances for the U.S. Men’s National Team, is clearly in the twilight of his playing days. He’s already appearing in-studio as an analyst on TV and making preparations for what comes next as minutes on the field dwindle.

He’s on a one-year contract extension and there are no guarantees of another. “You don’t want to regret missing an opportunity like I felt we had [with NYRB] in 2017,” he said.

Kljestan’s done his part in the first two games of this Cup. He harnessed the energy of the young up-and-comers and made sure the name LA Galaxy was in the hat for the Round of 16. A hip injury meant he missed that game, a guts-and-glory derby with LAFC that the Galaxy won 3-1with goals from Chicharito and one more from young Joveljić. 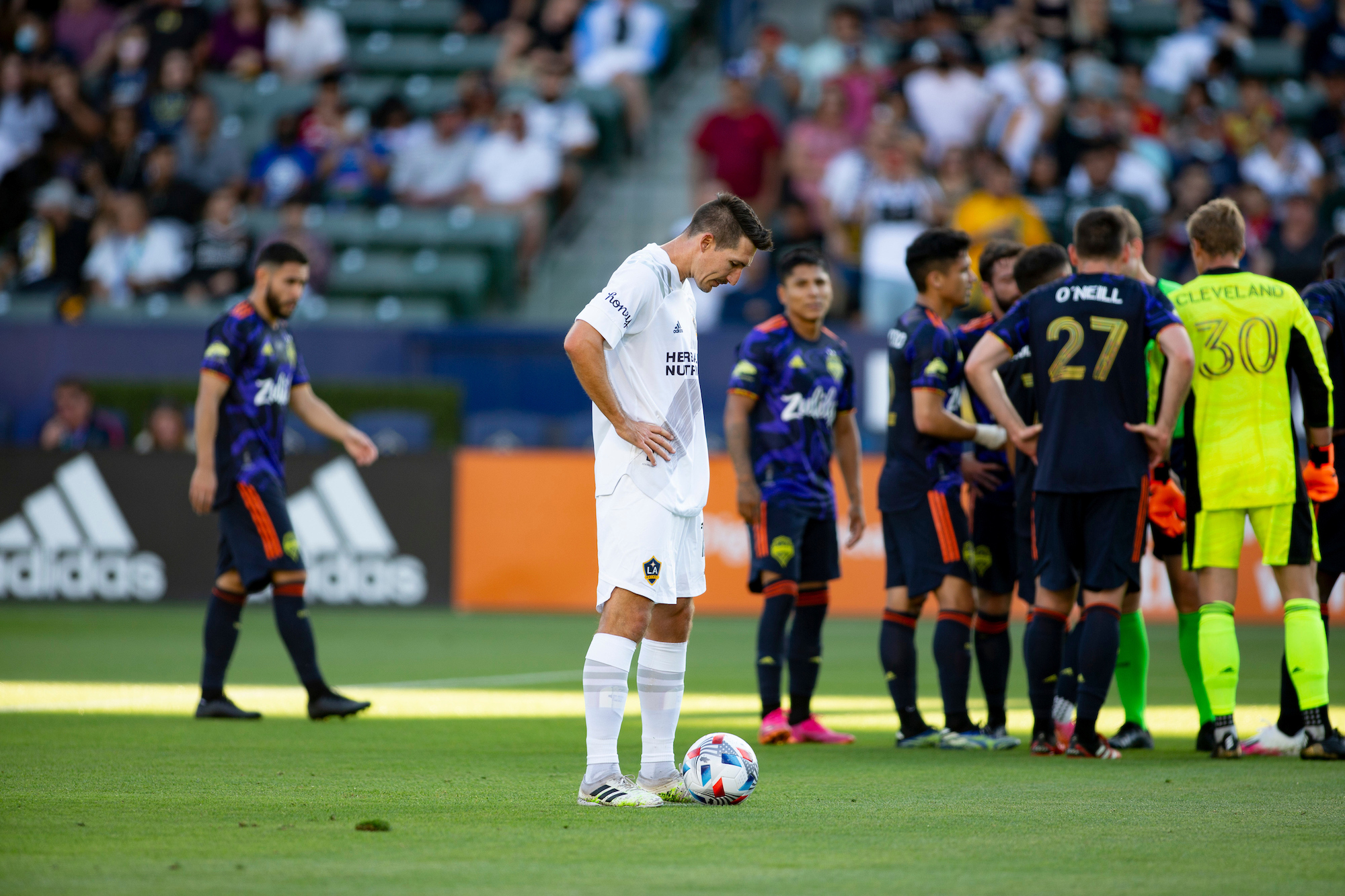 Will Kljestan’s 16th year as a pro be his last? We hope not.

Will Kljestan take any further part in the tournament he loves? Will he play in the Quarterfinal with second-division side Sacramento Republic – or have a role in what might lie beyond? Or will that colorful May evening in Orange County, that even the sun took its time to linger over, be an Open Cup farewell?

“For me it was just an opportunity to start a game,” said Kljestan of that day – out there on the field with the club’s future stars and showing them the way. “I don’t think of myself as the old guy, or them as the young guys. It’s an opportunity to win. To get one step closer to a trophy.”