Sacramento’s Republic & the Echo of Rhinos

An underdog run in the Open Cup is defined by its end.

The mice always roar. Every year. Amateurs upset pros and lower-league pros shock Major League Soccer’s elite. But an end is assumed. That spot in the sand where heels dig in, leave an impression, and set the measure for future leaps.

This year, for the first time since 2008, and only the second time in the tournament’s modern-era, a team from outside MLS’ gated walls have reached the Final. And that’s where second-division USL Championship side Sacramento Republic’s fairytale run will end – in heartache tinted with justified pride or in the rarest kind of ecstasy.

It’s all left us to ponder a question posed by the team’s head coach Mark Briggs.

“We’re here to come up against the best,” said the 40-year-old Briggs, mastermind, alongside GM and former Open Cup winner Todd Dunivant, of the Cinderella run that sees Sacramento one win away from becoming the first American lower-league side to book a place in the CONCACAF Champions League. “That’s why everyone plays the game and it’s why I coach it.”

The American soccer world has turned over many times since 1999, when Rochester’s Ragin’ Rhinos, Open Cup runners-up in 1996, stormed past Chicago Fire, Dallas Burn (now FC Dallas), the Columbus Crew, and, finally, the Colorado Rapids, to carve out a lasting piece of underdog history.

“You could say we had some swagger back then,” said then-Rhinos boss Pat Ercoli about that run, 23 years ago, that set the standard for modern-era Open Cup shocks. “It was a great accomplishment and well deserved in my opinion – and we did it with a lot of people talking trash [about us].”

Major League Soccer was an entirely different proposition in the last year of the 20th century than it is now. There was precisely one soccer-specific stadium (in Columbus, where Rochester beat the Rapids for the Open Cup trophy), a DP was a concept yet to be explored in any detail and league minimum salaries were down near poverty levels.

Many of the Rhinos players grinded through the outdoor season in their A-League before spending the winters amid the echo and bash in the arenas of the old MASL with the likes of the Cleveland Crunch and Baltimore Blast. It hardened them. Made them fearless. Full of self belief. There was an attitude, well earned, among those Rhinos, who played near a hundred games a year, that they could be better on any given day than any of the freshly anointed clubs from MLS (founded in 1996).

“We always thought we had a chance, no matter who we were playing. And we had a chip on our shoulder and wanted to show the MLS teams what we could do,” said Scott Schweitzer, the New Jersey native who best embodied the grit and bluster of those 1999 Rhinos.” 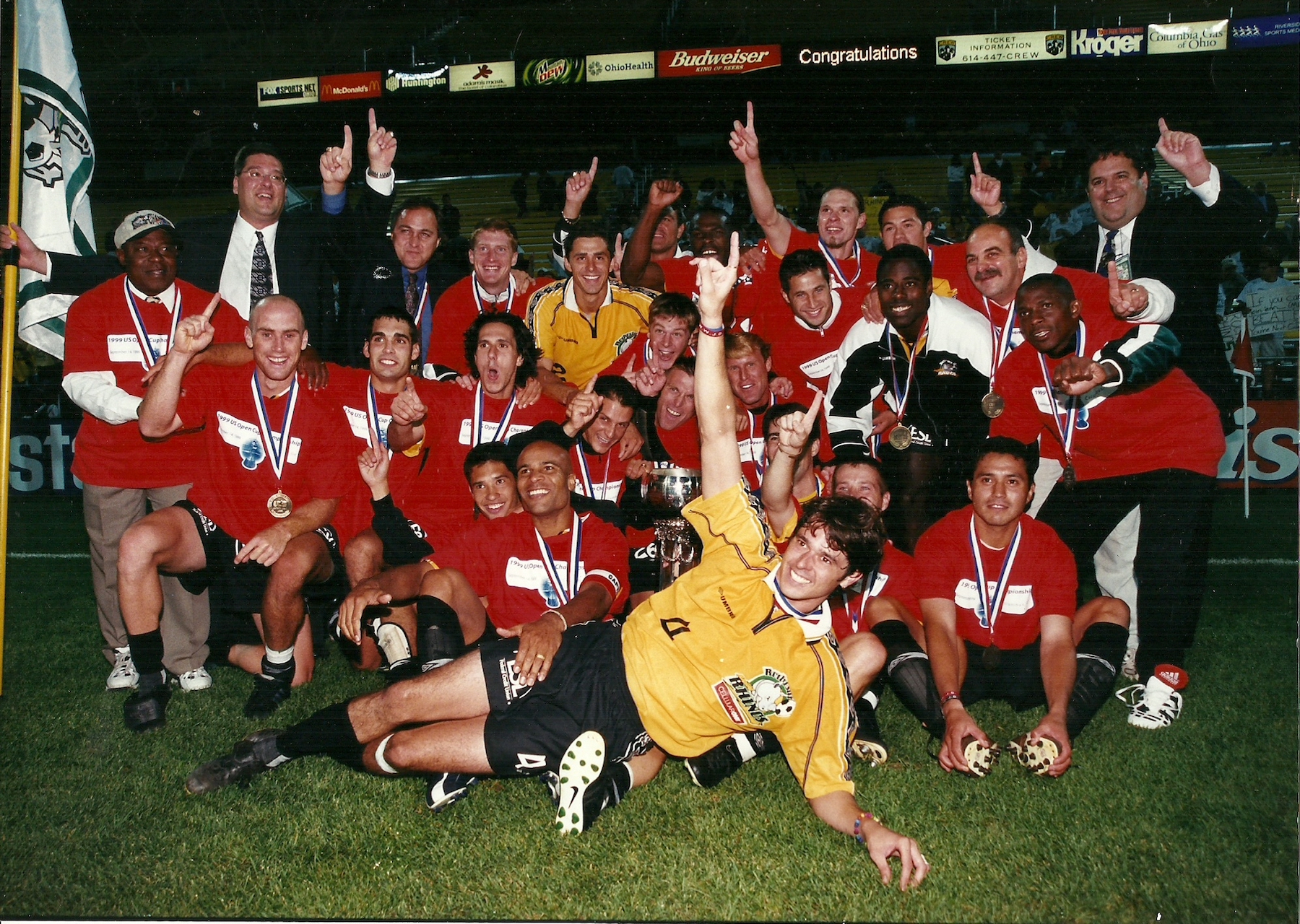 “We were borderline out of control sometimes with all the egos in the locker room,” laughed former goalkeeper Pat Onstad, the current GM of Major League Soccer’s Houston Dynamo who won three MLS Cups as a player. “We didn’t let anyone intimidate us. We wanted to intimidate everyone. There was a lot of energy in that team, let me tell you.”

The man who most recently landed a second-division side in an Open Cup Final was one Mike Anhaeuser, the former and long-time coach of the Charleston Battery.

“We had about five or six guys in the team [the 2008 Battery] that had that pure winning mentality,” said the former boss who led his side to a pair of Semis, three Quarterfinals and one Final. “You can’t overestimate what that means. It didn’t matter who we played against, we had the quality to compete and to win on the day.” 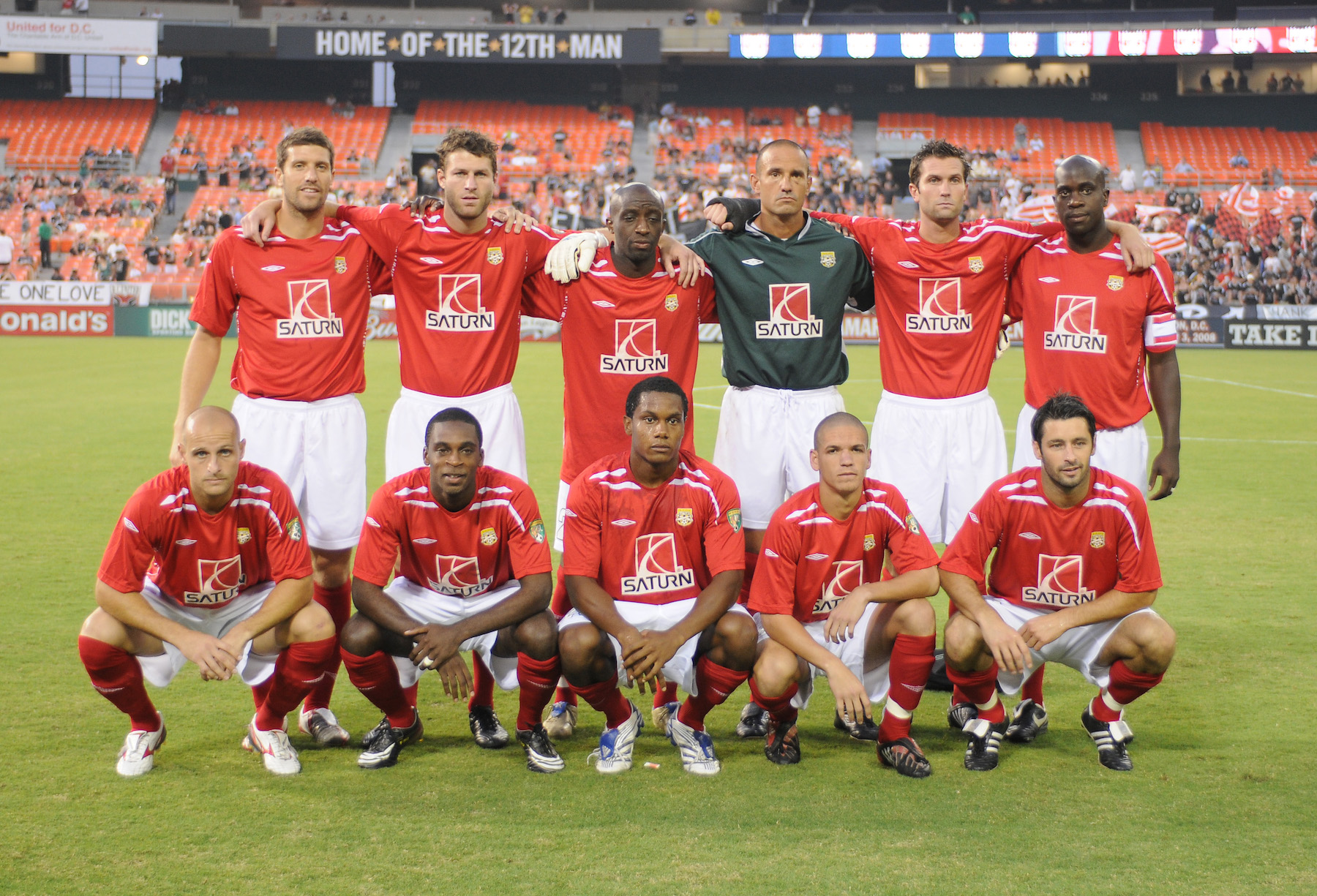 In that Battery side was one battler in particular: Ozzie Alonso. Just 22 years old at the time, freshly defected from his native Cuba, he was the sharp fighting edge of Anhaeuser’s runners-up.

“The Open Cup gave me my chance,” Alonso said of the run that saw the South Carolinians beat Houston Dynamo, FC Dallas and the Seattle Sounders before losing out 2-1 to D.C. United in the Final at RFK.

“I never thought I would make it that far, and the Cup showed me anything is possible,” added Alonso, who went on to win four Open Cups – and contest a record seven Finals – in a glittering MLS career that continues to the this day with Atlanta United (at the ripe old age of 36). 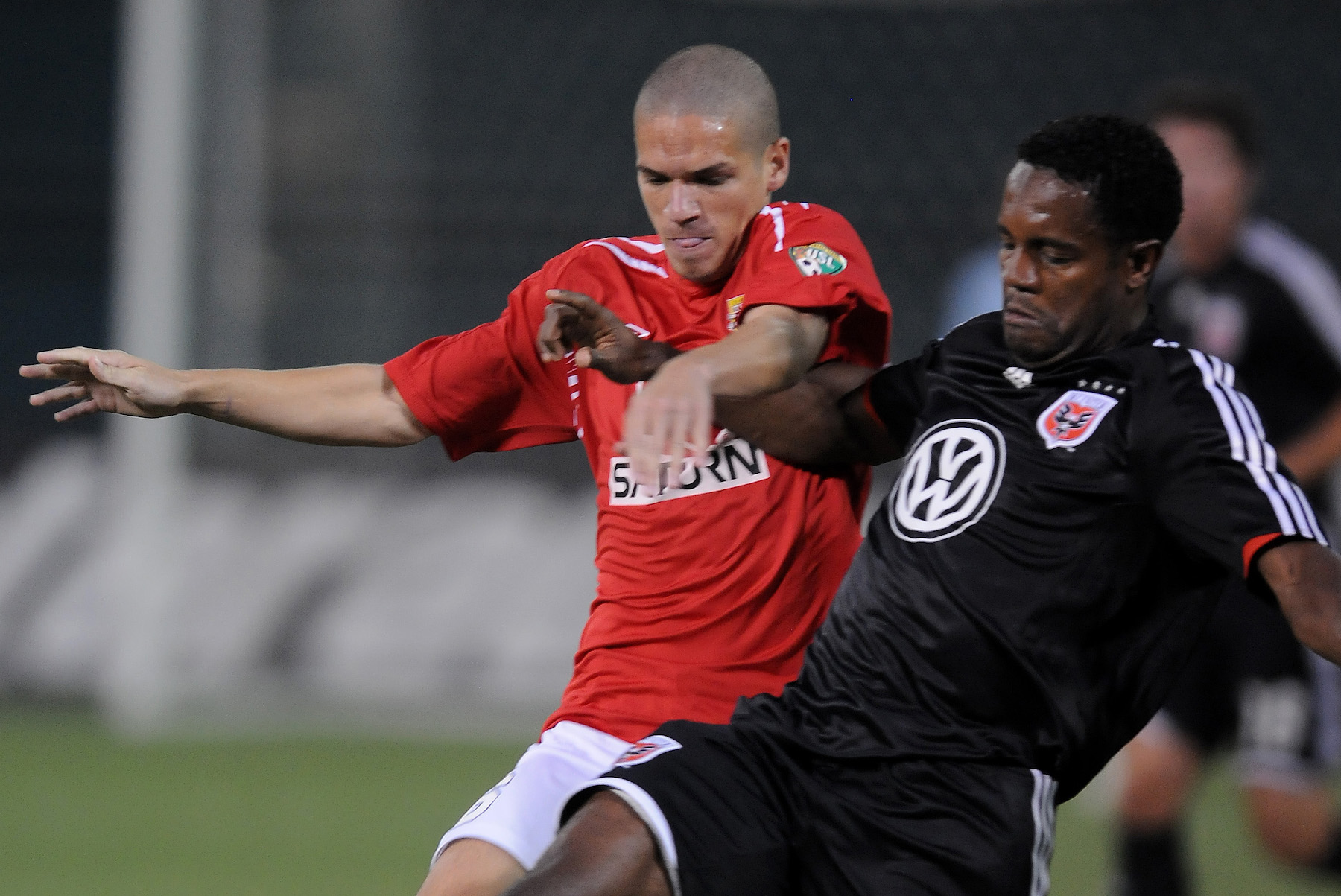 “It was easier back then [the Open Cup] because you were probably only going to have to get past two, or maybe three, MLS teams,” added Anhaeuser, who parted company with the USL Championship side in 2021 after 23 years as head coach (and five before that as a defender). “But now it’s more like four or five. It keeps getting harder and harder.”

The 1999 mastermind, Ercoli, also sees winning today’s Open Cup, up against higher-octane and deeper MLS squads, as a tougher proposition. “It’s more difficult to win these days. The depth isn’t there,” said the Rhinos legend, who still stands as president at the club rebranded Rochester New York FC. “Maybe someday a smaller team will go and pull it off again. It’s always possible.”

The Republic are closer than any side in nearly a decade and a half. And the energy in the Northern California club, fuelled by a proffered (and then rescinded) offer to join MLS back in 2019, feels like destiny. When aging captain Rodrigo Lopez’s winning penalty hit the back of the net in the Semifinal against four-time champions Sporting Kansas City, with the neon towers of the California State Fair arching over the scene, it felt like a once-sturdy lock might have cracked wide open.

“The gap is getting closer,” insisted Lopez, known in Sacramento simply as ‘RoRo’ – a man who’s played in both MLS and the lower leagues. It’s a sentiment shared by his talented teammate Luis Felipe, a cast-off of MLS’ San Jose Earthquakes who’s scored three game-winning goals in the 2022 Cup (including one against those same Earthquakes): “We don’t care where you're from or what league you play in – we believe we can win.”

A win over Orlando City in Florida on September 7th would be a fourth against MLS opposition for the Republic in this glorious 2022 Open Cup – matching the giant-killing feats of those 1999 Rhinos.

The end, guaranteed every year, is in sight. But one big question remains, with the trophy in grasping distance of a second-tier underdog. Can a USL Championship team, this motivated and spirited Sacramento Republic, become the first non-MLS team since last century to win the Open Cup?

“Everybody loves a good Cup story,” said Briggs, at the helm of the latest symbol of the underdog spirit that suffuses this unique tournament. “And we’re writing that story…”