Orlando’s Own Benji Michel: Head Over Heels for a Hometown Final

High-flying Benji Michel escaped some of the meaner streets of Orlando to become a hometown pro – and this suddenly in-form striker now has a chance to lift an Open Cup trophy in his own backyard.
Michael LewisSeptember 4 2022
Open Cup

The last time we saw Benji Michel in a Lamar Hunt U.S. Open Cup game, he was putting an exclamation point on a momentous victory.

He performed a cartwheel and then a backflip after scoring the final goal of Orlando City SC's 5-1 Semifinal rout of the New York Red Bulls. And oh yes, he stuck the landing just as well as he volleyed home Facundo Torres' cross in the 83rd minute.

Well, it's a rout now 🤷@OrlandoCitySC add another one through Benji Michel to heap more woe on @NewYorkRedBulls.

Michel is just living the moment.

"It's something that expresses my happiness and joy," said the speedy attacker. "You got to give the crowd what they want to see. They want to see a good celebration that will put them on their feet. And it’s something I'm known for.  Whenever I score a goal, they expect that back flip."

The 24-year-old forward added that he had: "a lot of emotion because I'm not having so much of a great year..."

After connecting for a goal in a 2-0 win over CF Montreal in late February, Michel has tallied just one assist in MLS action. So, given an opportunity to start and score in an Open Cup Semifinal went a long way to building back his flagging confidence. 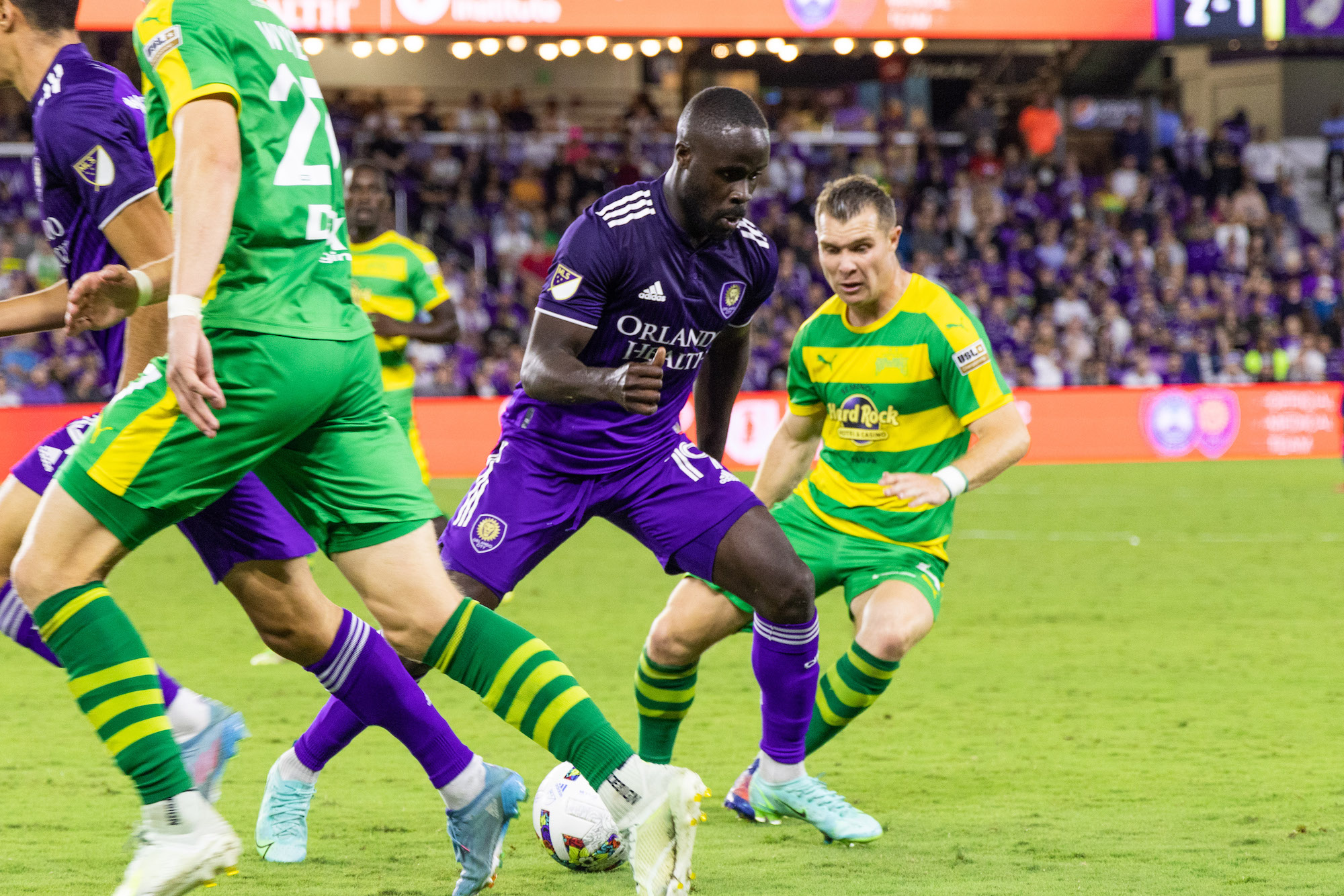 Michel in early-round Cup action against the Tampa Bay Rowdies

"To be able to score a goal meant a lot," said the player who earned three caps with the U.S. U-23 National Team. "I've been grinding and working hard for this opportunity. The coaches gave me a chance. For me to be able to score, it was a big relief."

Michel would love nothing more than to duplicate those acrobatic celebrations in the Open Cup Final against Sacramento Republic FC at home in Exploria Stadium next Wednesday (September 7 at 8 p.m. ET on ESPN+).  The Lions, who’ll host their sixth consecutive Open Cup game, are aiming for a piece of history. The 1989 winners, the St. Petersburg Kickers, remain the only Florida team to win the tournament.

"Oh my gosh, you have no clue," he said about his high hopes for the Final. "After our game on Wednesday my whole mind shifted towards the Open Cup Final. Not just me, but all the guys. We're ready for the Final.

“If I'm able to put the ball in the back of the net at home in a championship game, oof,” Michel added, “who knows what the crowd would get? Maybe a double backflip."

Even if he doesn't land on the scoresheet, helping the Lions secure a first trophy in front of the home supporters would be special enough. Michel hails from Orlando and joined his hometown team in 2019.

"It will mean a lot to me and the city, just growing up and watching Orlando in the USL days [before joining MLS in 2015], winning championships,” he smiled. “For me to be able to make history with this team, it just means a lot. It goes a long way, especially for my family here."

Michel is hardly counting any chickens before they hatch. He realizes that Sacramento, the first USL Championship side to reach the Final since 2008, will be a motivated foe. "We can’t look at them that way as a USL team," he said. "Soccer's soccer and you have to respect the game. Whichever team is better on that day wins the game."

Sacramento, trying to become the first non-MLS team to lift the Cup since the Rochester Ragin’ Rhinos accomplished the feat in 1999, have enjoyed a magical run. The Northern California club upset three MLS sides – the San Jose Earthquakes, LA Galaxy and Sporting Kansas City – en route to this Final. 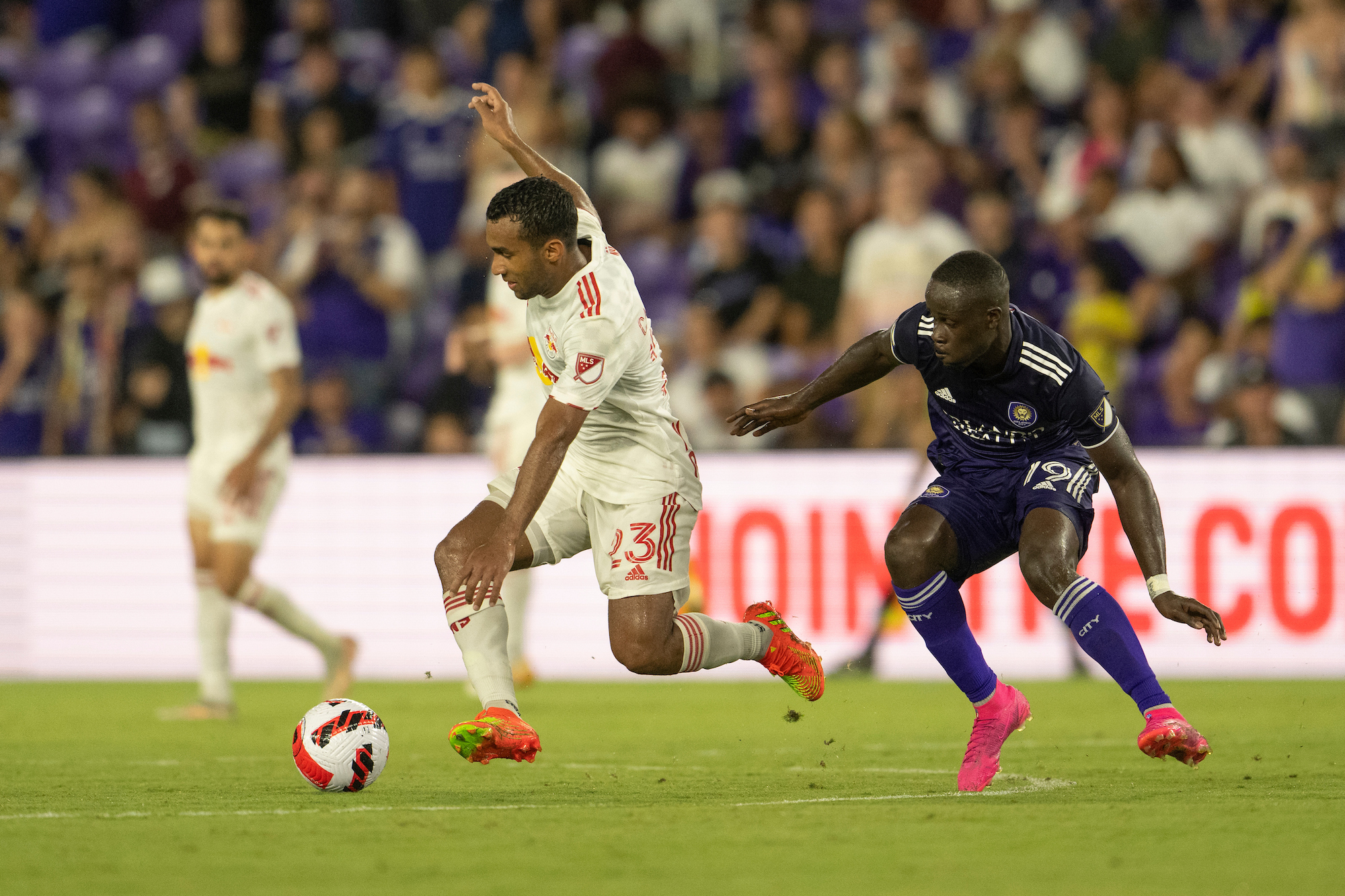 "They've been doing well," Michel said about the Republic. "They've been beating MLS teams, so we know it's not going to be an easy game. We can get punished at any time. We’re not lowering our standards because it’s a USL team."

Not many players get an opportunity to play professionally in their hometown, let alone start their career there. Michel has fond memories of attending Orlando City USL Championship matches with his older brother Robert when he was a kid.

"I've always wanted to be a professional soccer player,” he said. “Everyone has their own path. I was fortunate enough to have my oldest brother, Robert. He was my legal guardian, and he didn't play any games when it came to knowing what you want in life.

"I've sacrificed so much. I didn't go to parties,” Michel added. “I didn't drink or anything. I give all my props to him. If it wasn't for him, who knows where I’d be today.”

Robert Michel made a major impact on his younger brother’s life, especially when, as a youngster, Benji fell in with the wrong crowd. "He decided it was best for me to move in with him instead of my parents," Michel said. "I'll be honest. I always got detention and always got suspended from school. He knew I was a good kid, but just surrounded by a bad crowd because I didn’t grow up in the best neighborhood.”

"My brother had a kid. We were really close,” Michel continued. “He decided, 'Let me take legal guardianship of Benji.’ My parents didn't really know the school system. They were foreign [from Haiti]. They didn't speak English. He knew that if I moved in with him, then he could fix my habits. I changed. Ever since middle school, I've been very strict on myself. I've held myself to a higher standard." 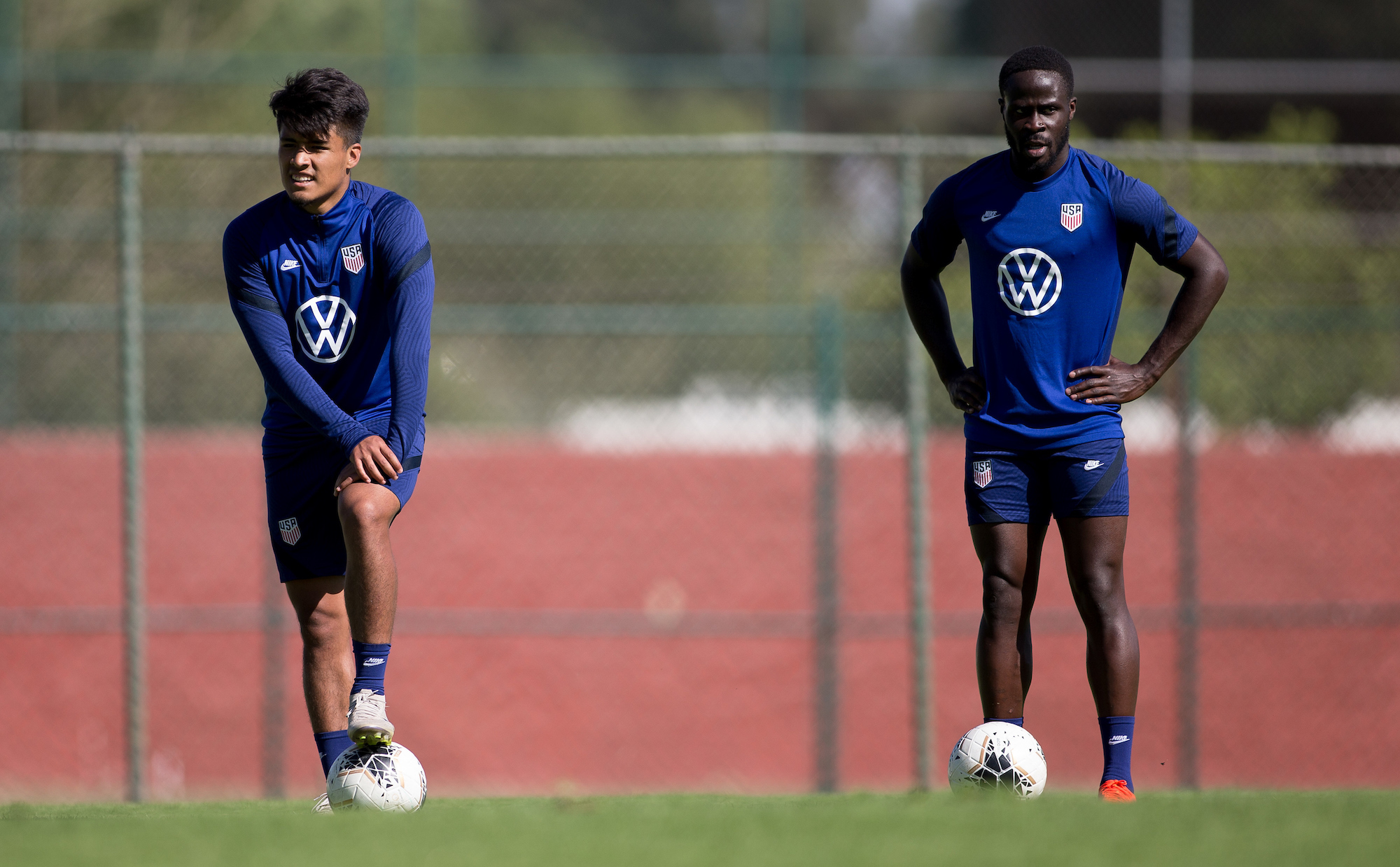 Michel was able to attend the University of Portland, hitting double figures for three consecutive collegiate seasons -- and finishing with 31 goals in 53 games.

"Going there was probably the best for me because it wasn’t such a big school," he said of his time in Portland, where he also got his first taste of the Open Cup with the Timbers U-23s. "It helped me focus.  And it was a soccer school. They're very big on soccer. The whole city was. Every time we’d not only have our fans at games, but we also had some of the [Portland] Timbers fans there too.”

Michel, a top prospect, signed with his hometown MLS club in December of 2018.

Soaking it all in

He was a sponge from the start of his professional career, desperate to learn from the best. That included two former Orlando City icons -- Dom Dwyer, who currently plays for Atlanta United, and Nani, twice an MLS all-star and a former hero at Manchester United and the Portuguese national team.

Michel learned quickly that the game had a huge mental component.

"It's all mental and being consistent with yourself because coming out of college you don't see the field," he said. "I was fortunate that Nani took me under his wing. He helped me be a proper pro. We would go to lunch together and have conversations. I would just pick his brain. He guided me along the way."

In his three-plus seasons with Orlando, Michel has scored 15 goals and has six assists over 48 starts and 97 league appearances.

Regardless of how Orlando City do in the Final, they still have some unfinished MLS business -- like securing a playoff spot. Entering this past weekend, the Lions are in fifth place in the Eastern Conference, three points ahead of the Columbus Crew (the top seven teams reach the postseason).

"It's a good thing that we're catching heat going into the Final," said Michel of an Orlando side that have won their last four games. "We're professional soccer players so we have to get the job done. There's no excuses. Just get the job done."

Settling for a postseason spot won't be enough. Michel noted that Orlando have six games remaining and would like to finish in the top-four of the Eastern Conference to secure at least one home playoff match.

But first, Wednesday’s Final. And so far, there’s been a certain degree of symmetry to Michel's Open Cup experiences. 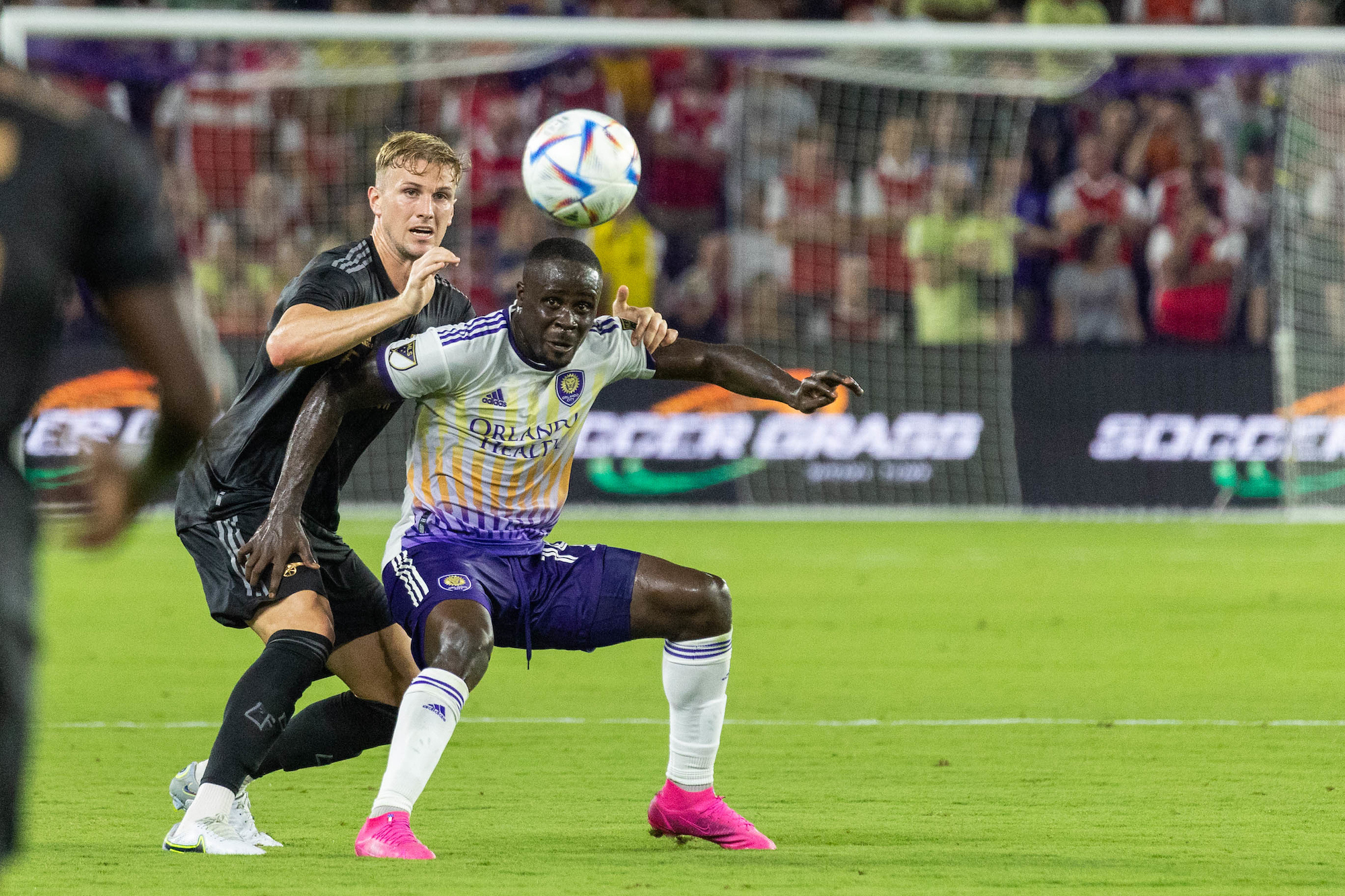 Michel is hoping for more opportunities with Orlando City – and a goal in the Cup Final.

His first professional goal came as a second-half substitute in a 4-2 extra-time win over the New England Revolution in the Open Cup’s Round of 16 at Exploria Stadium in June of 2019.

That’s when Michel introduced Lions’ supporters and teammates to his unique goal celebration.

"One of my teammates, he didn't know what I was doing," he said of his acrobatic post-goal exploits. "He was kind of close to me. I did that the cartwheel and almost kicked him. That day he learned to stay away from Benji, give him five seconds to do his thing."

Michel would love to get an opportunity to do his thing once again on Wednesday – with a trophy for his own hometown on the line.