It’s do-or-die time. Nine spots are available in next year’s Lamar Hunt U.S. Open Cup Proper for the 18 Open Division survivors still kicking in the Fourth and Final Qualifying Round. For the seven teams looking to reach the Open Cup Proper for the second straight time – and impressive new boys like Inter San Francisco and Chicago House AC – the arithmetic is simple: Win and you’re in.

Blaise Santangelo is a force of nature on the American amateur soccer scene. His West Chester United SC, who’ve been near the top of the national heap for the last decade, have reached this Final Round the hard way – with all three of their Qualifying wins earned out on the road.

And the Pennyslvanians are piling in the van once more, this time against highflying Leesburg, Virginia outfit NoVa FC, who reached the Second Round of last year’s Open Cup Proper.

“It’s tough to travel for every round, especially at our level. It asks working guys to commit a whole day to the cause,” said veteran striker Chas Wilson, a high school teacher and coach who, at 30-years-old and with a young son to help look after, knows better than most the many challenges of Open Cup Qualifying. “But it’s the Open Cup, and it’s a priority for us every year. So we do what we have to do.” 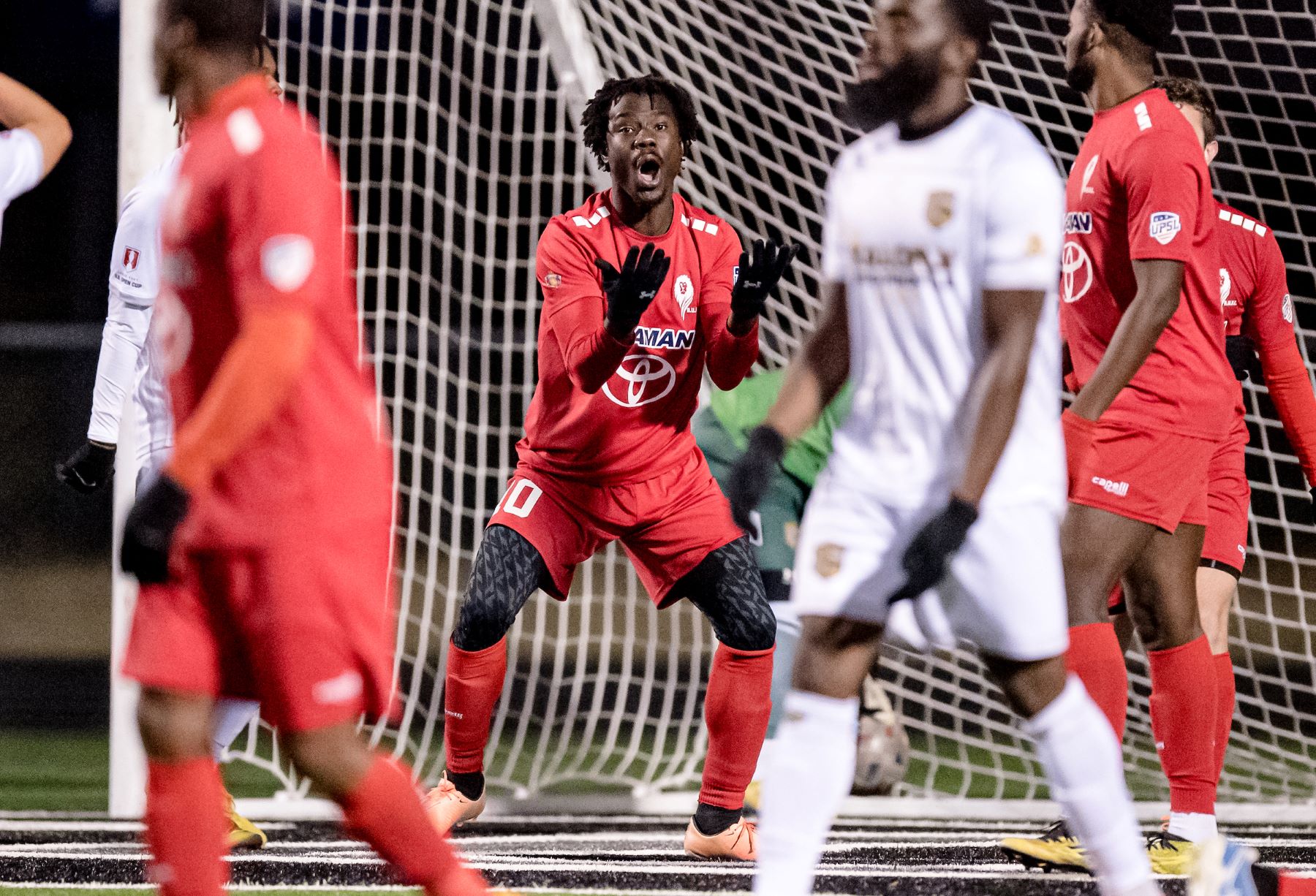 Beaman United of Nashville are riding a wave of goals

Nashville’s Beaman United, who count their history in months not years, are taking aim at a first-ever berth in the Open Cup Proper. They’ve ridden a swashbuckling, possession-based approach, and some goal-littered wins, to this Final Round.

“We like to play the game the way it’s meant to be played,” said Nigerian-born coach, player and club founder Gift Ndam, who’s wrangled together a hugely talented team that includes ex-MLS pro Kwadwo Poku. “We’re not afraid to concede goals and as long as we can keep the ball, we like our chances.”

Beaman, who survived a topsy-turvy 4-4 draw and shootout against Kalonji Pro-Profile  in Georgia in the last Round, now host 2022 Open Cup veterans D’Feeters Kicks SC of Dallas, Texas.

“This is win or go home,” said Ndam, who founded the Nashville side earlier this year and shares the coaching duties with former San Antonio FC midfielder Michael Reed. “So we’ll be ready to play.”

A pair of familiar Open Cup Proper competitors will be eager to stamp return tickets to the tournament up in the Northeast. Lansdowne Yonkers FC, led by striker Shamir Mullings and head coach Sean Kelly, face off with SC Vistula Garfield of New Jersey while Massachusetts’ Brockton FC United open their doors to hard-traveling Chicago House AC – a club founded two years ago as a pro side by American soccer legend, and Open Cup evangelist, Peter Wilt.

“Qualifying for the Open Cup Proper would be a tremendous boost for the players and the fanbase of the team,” said Wilt, who won multiple Open Cups during his days as GM and President of MLS’ Chicago Fire. “It has importance beyond two teams just playing a game.”

The Bhoys from Yonkers, keen to reach a second Open Cup Proper on the trot, also know the value of reaching the big show. “We need to use this [Open Cup] as a platform,” said the English-born Mullings, a former pro who’s also Lansdowne Yonkers’ youth director and part of the side that exited last year’s Open Cup after a Second Round loss to Rochester NY FC.

“There’s a lot of exposure that comes with it [the Cup] and we think we have a deeper squad than we did last year,” added Mullings.

But Lansdowne Yonkers’ opponents on the day, Vistula Garfield – the polish club from New Jersey celebrating their 70th anniversary this year – have their own ideas. “Reaching the tournament [Proper] in this special year in our history would be the cherry on top,” said Chris Karcz, the 39-year-old player-coach who guided the club, long-time veterans of the North Jersey ethnic leagues, past former Open Cup champions NY Pancyprian Freedoms and Jackson Lions in this Qualifying phase. 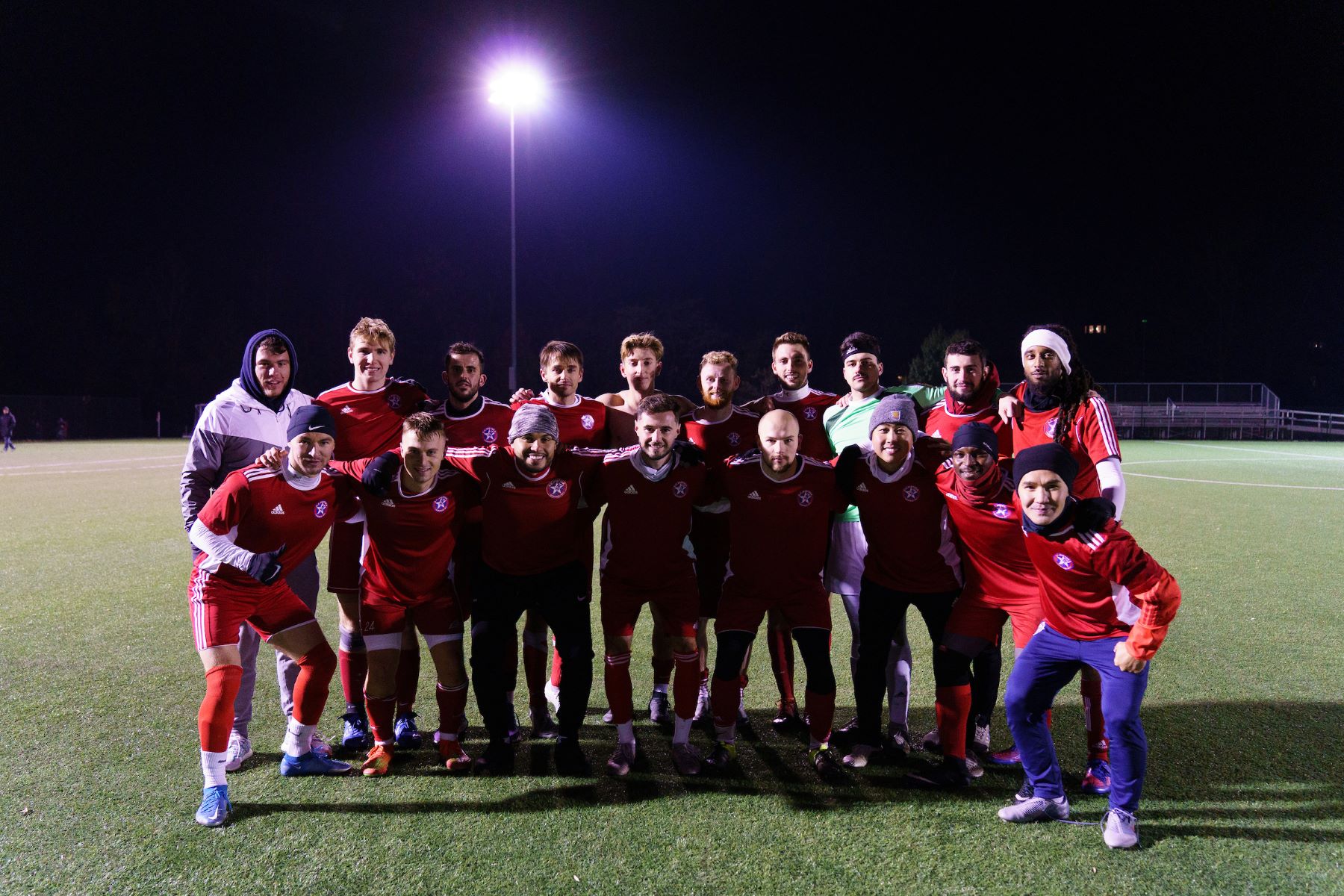 “We’ve been efficient with our finishing,” added Karcz, whose side won all three of their Qualifiers by slim one-goal margins. “And we’ll just try to keep getting the job done.”

Three teams from Florida, host state of the 2022 Open Cup Final, remain in contention. Miami United FC are regular fixtures in the Open Cup Proper since first qualifying back in 2015 – and they’ll host neighbors Naples City in Hialeah. The third member of the trio of Sunshine Staters is free-scoring Club de Lyon, who’ll travel to take on SCU Heat in South Carolina.

“Reaching the Open Cup means everything to the coaches and owners here,” said Columbia-based SCU Heat captain Luis Enrique Molina, who’s in his second year with the club – a local incubator for young players with pro ambitions. “All we have here is opportunity. We want to win and be the best. At the end of the day, that’s our pay.” 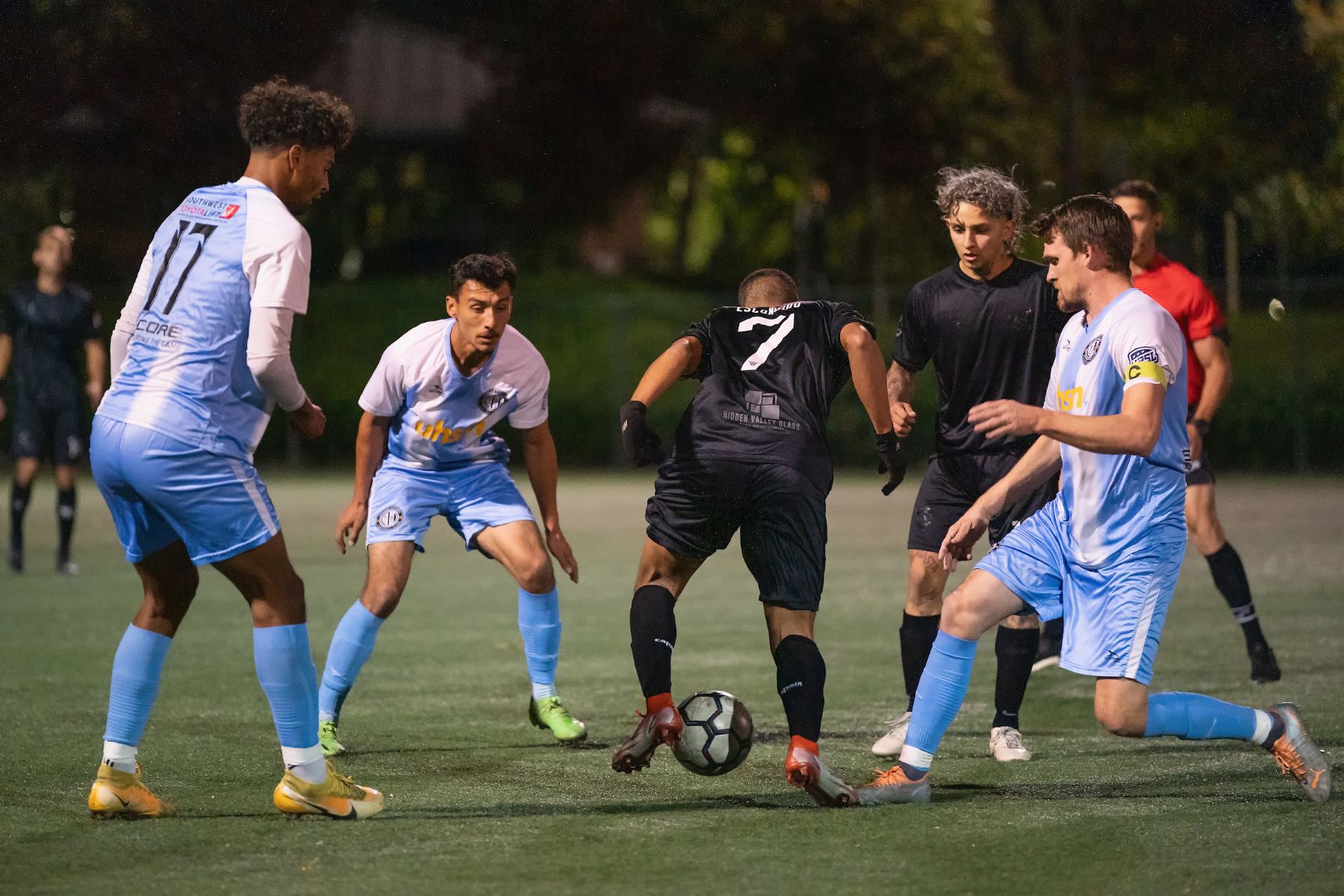 Moving out West, Open Cup regulars Azteca FC of Colorado host UDA Soccer, who’ll hope to become a rare Open Division side to reach the Tournament Proper from the state of New Mexico.

Two in-form California sides round out the competition.

Orange County FC, reigning national champions of the United Premier Soccer League (UPSL), have some recent giant-killing history in the Open Cup. They beat USL Championship sides Las Vegas Lights and neighbors Orange County SC in 2019 to reach the Third Round of the Tournament Proper, where they eventually lost to MLS’ LA Galaxy.

If OCFC want to have that chance again, they’ll need to get the better of Capo FC out in Irvine.

Inter San Francisco continue their charge toward a debut Open Cup Proper with a challenging road trip across California and on into Minden, Nevada. There they’ll meet BattleBorn FC, with snowy conditions a real possibility.

“The Open Cup is a path to be seen,” said Inter coach and player Dr. Amir Darabi – who has big dreams for the club he started a year-and-a-half ago. “This competition is a chance for us to shine and show people what we can do.” 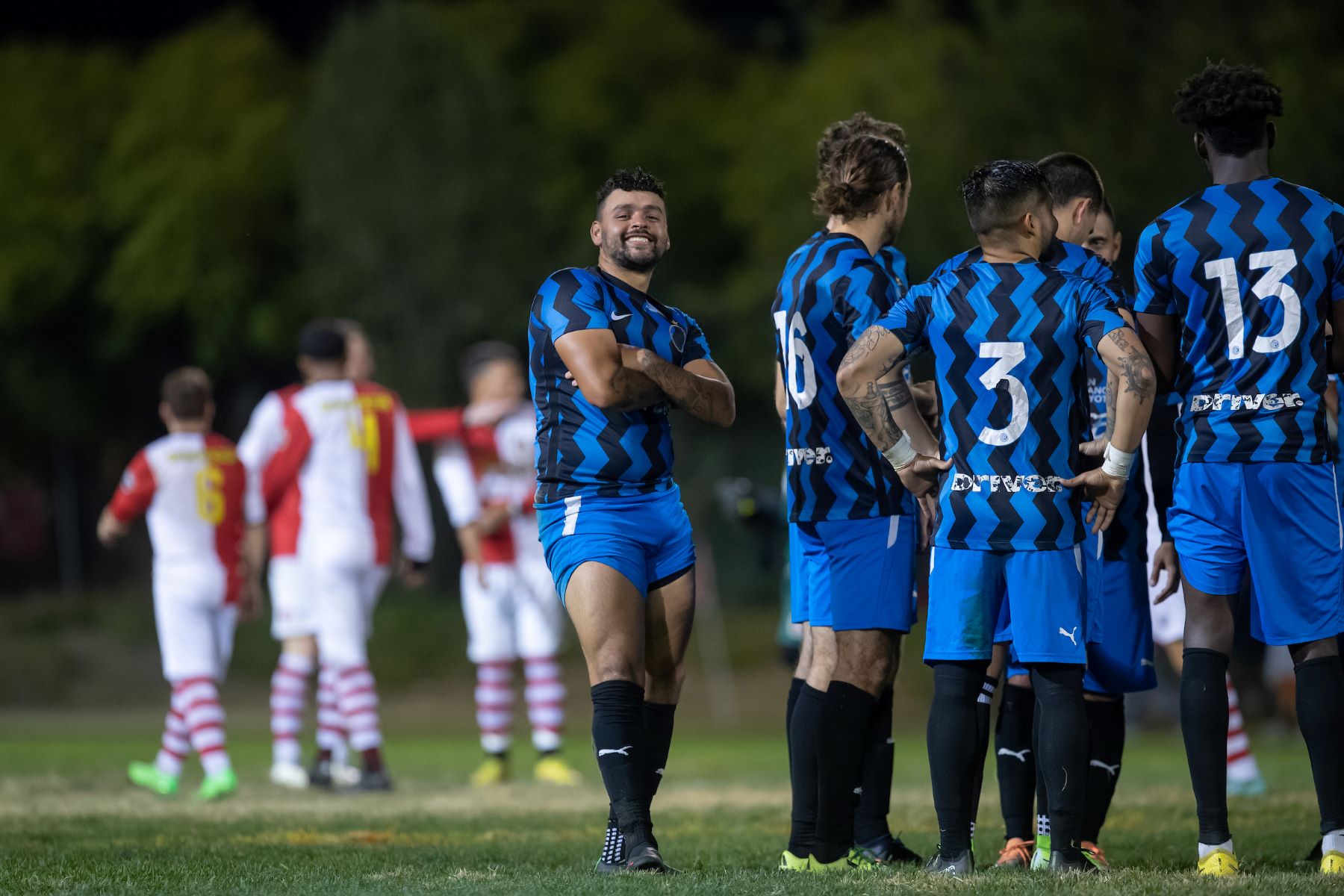 Inter have certainly been doing that thus far by amassing fourteen goals in three Rounds of Qualifying and conceding precisely zero. With a squad of solid young amateurs and a smattering of ex-pros like former Chicago Fire striker Matt Fondy, the sky’s the limit for these Northern Californians.