USA Will Train in Orlando Prior to Heading to Columbus for Tournament Opener vs. Germany
February 14 2018

CHICAGO (Feb. 14, 2018) – U.S. Women’s National Team head coach Jill Ellis has named 26 players to the preliminary roster for the 2018 SheBelieves Cup. The tournament features FIFA-ranked No.1 USA, No. 2 Germany, No. 3 England and No. 6 France playing in three doubleheader events at three different venues over a seven-day period as four of the world’s premier teams meet over six games in a display of the highest levels of competition in women’s soccer.

Ellis will finalize the 23-player roster for the SheBelieves Cup near the end of camp before the team heads to Columbus. Forward Crystal Dunn and midfielder Morgan Brian will remain in Europe with their club teams during training camp in Orlando, but will join the USA in Columbus if named to the final 23-player tournament roster. 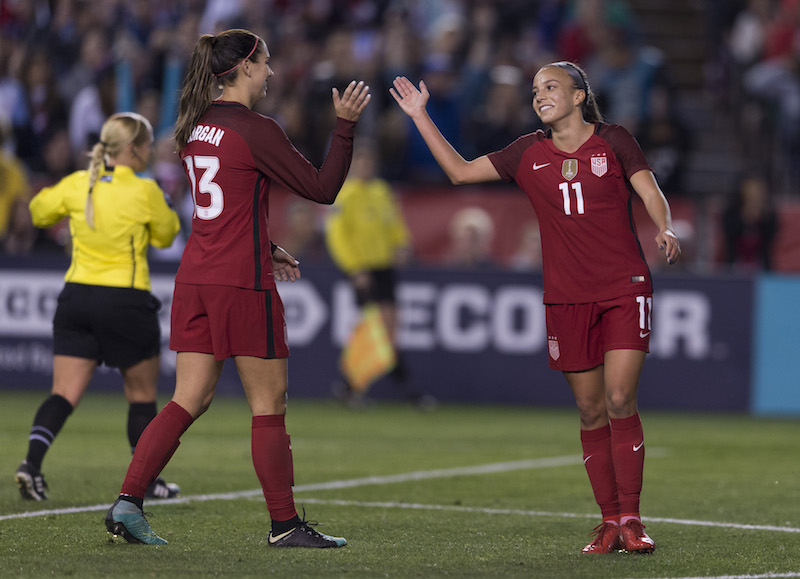 Morgan and Pugh are two of the eight forwards comprising this roster.

U.S. WNT HEAD COACH, JILL ELLIS
“We had a productive training camp in January and a quality performance against Denmark to open the year, so the goal in the training portion of this camp is to refine our roles and relationships within our style of play. We will again have the majority of our core players back in and we’ll have the numbers to be able to play 11v11 before finalizing the tournament roster.” 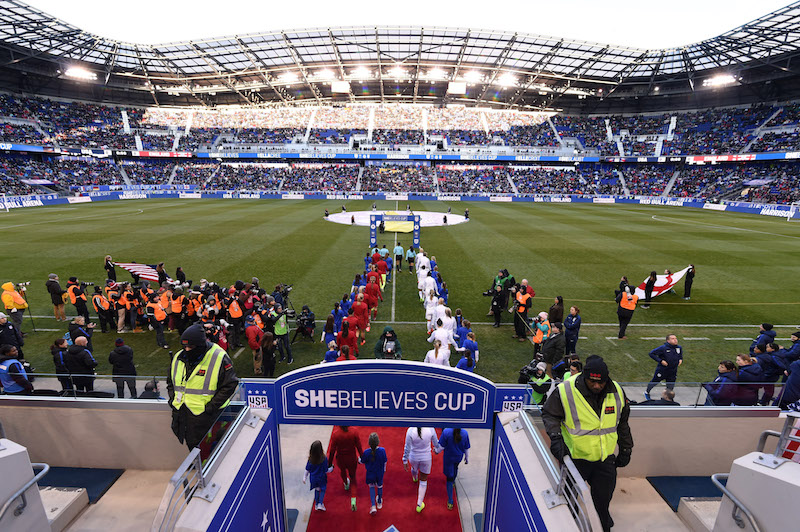 The U.S. WNT will return to Red Bull Arena on March 4.

TICKETS
Tickets for all three doubleheaders are on sale through ussoccer.com and by phone at 1-800-745-3000. Groups of 20 or more can obtain an order form at ussoccer.com. Ultimate Fan Tickets (special VIP packages that include a premium ticket, a custom-made official U.S. National Team jersey with name and number, VIP access to the field before the game, and other unique benefits) will be available only for the March 4 event at Red Bull Arena exclusively through ussoccer.com. To receive notifications directly and for early ticket access, join U.S. Soccer’s social media channels on Facebook, Twitter, Instagram or Snapchat.