Five Things to Know About the 2019 Open Cup

The 106th installment of the Lamar Hunt U.S. Open Cup, America’s longest-running soccer tournament, will play out between May and August of 2019, giving players from all corners of the country and every level of play – Sunday-league amateur to Major League Soccer’s hot-shots – a chance to get their team’s name on the fabled Dewar Cup. Join ussoccer.com for a look ahead at what’s to come and peek back at what came before.

Pro Teams Galore!
Noteworthy among this year’s U.S. Open Cup contestants is the inclusion of 52 professional teams in the 84-team field. This is a record in the modern-era of the tournament (1995-present) and points to the increased growth of professionalism in the country’s club soccer scene. At the other end of the spectrum are 32 Open Division amateurs. Seven of those – known Local Qualifiers, eligible via the countless men’s leagues sanctioned throughout the country – survived four rounds of grueling qualifiers to reach the 2019 Open Cup proper. Bavarian SC, 1994 Open Cup runners-up out of Milwaukee, currently celebrating their 90th anniversary, qualified by winning the 2018 National Amateur Cup. In between the amateurs of the Open Division and the top-tier pros of Major League Soccer (who enter in the competition in the Fourth Round), there are United Soccer League (USL) professional sides from the newly re-branded USL Championship (Division II) and USL League One (Division III). 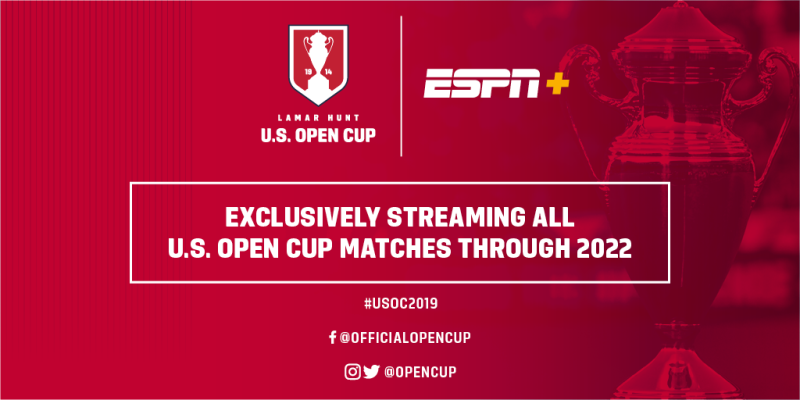 Each round will be conducted in a single-game knockout format with matches that are tied after 90 minutes of regulation proceeding to a full 30 minutes of extra time. If still tied after 120 minutes, the team to advance will be determined by kicks from the penalty spot. Home teams will be determined by random selection among those who apply to host. Clubs whose venue meets minimum tournament standards will be given priority.

Where to Watch the U.S. Open Cup – ESPN+
Earlier this year U.S. Soccer and ESPN+ reached an exclusive, multi-year media rights agreement for the Lamar Hunt U.S. Open Cup. All U.S. Open Cup matches from the First Round through the Final will air exclusively on ESPN+, the direct-to-consumer sports streaming service, beginning this year and running through the 109th edition of the tournament in 2022. 2019 will be the first year that the tournament, now in its 106th year, has had a national broadcast partner televising every game.

Who to Watch For
A highlight of the U.S. Open Cup each year is the opportunity to see teams from the lower reaches strive for a shot at the big boys. In 2012, Cal FC made a deep run for the ages that included a win over MLS’ Portland Timbers. The amateur club from SoCal, led by new coach Keith Costigan, is back for 2019 and looking to crash more gates.

More recently, Christos FC roared to a 2017 Fourth Round tie with D.C. United, which they briefly led 1-0 before losing out 4-1 with a trio of goals conceded in those last 10 minutes when professional fitness comes to collect. 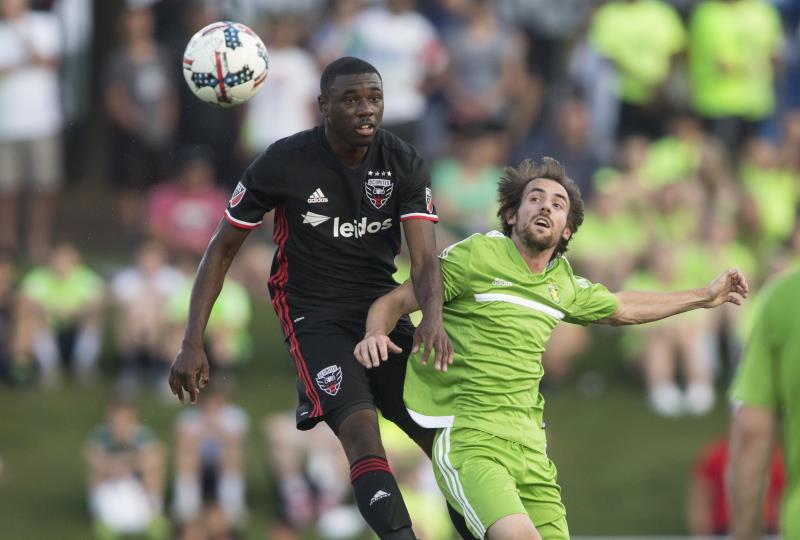 Last year, NTX Rayados – amateurs, many of whom are school teachers near Dallas, Texas – flexed their inner-David to earn a Fourth Round date with eventual tournament champions Houston Dynamo, who have begun 2019 in fine form and look likely to challenge to keep their crown.

Among some of this year’s potential Cinderellas are Milwaukee’s Bavarian SC and NTX Rayados – back for their eighth straight Open Cup. FC Golden State Force and a host of other strivers are locked in and looking to challenge to become the first non-MLS team since the Rochester Rhinos in 1999 to win a U.S. Open Cup crown.

What’s at Stake?
Aside from the bragging rights of being crowned American soccer’s national champion, the 2019 U.S. Open Cup winner earns a berth in the 2020 Concacaf Champions League, $300,000 in prize money and has its name engraved on the Dewar Challenge Trophy – one of the oldest nationally-contested trophies in American team sports – now on display at the National Soccer Hall of Fame in Frisco, Texas. The runner-up will earn $100,000, while the team that advances the furthest from each lower division will take home a $25,000 cash prize. Last year, Louisville City (USL Championship) took home the dollars for the second division team to reach farthest and FC Golden State Force (USL League Two – then Premier Development League or PDL) earned the 25K as the amateur team that progressed deepest in the competition. 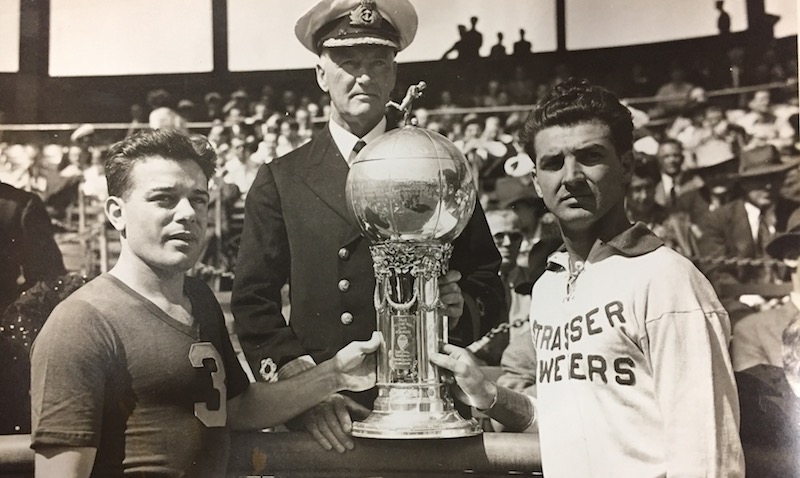 History
The Lamar Hunt U.S. Open Cup – U.S. Soccer's National Championship – has crowned a champion annually since 1914. The history-filled tournament is conducted on a single-game, knockout basis and open to all professional and amateur teams affiliated with U.S. Soccer. In 1999, the competition was renamed to honor United States soccer pioneer Lamar Hunt. The tournament is an unbroken thread that runs from the early 20th century to today. From the industrial leagues of the 1920s and 30s, to the ethnic flavor of the post-World War II era, and the dominance of MLS since the league’s birth in 1996, the Open Cup tells the unlikely story of soccer’s success on American shores.