Corey Baird
A product of the Real Salt Lake Academy, Baird opted to go the collegiate route in 2014, playing for the Stanford teams that won three straight NCAA College Cups between 2015 and 2017. 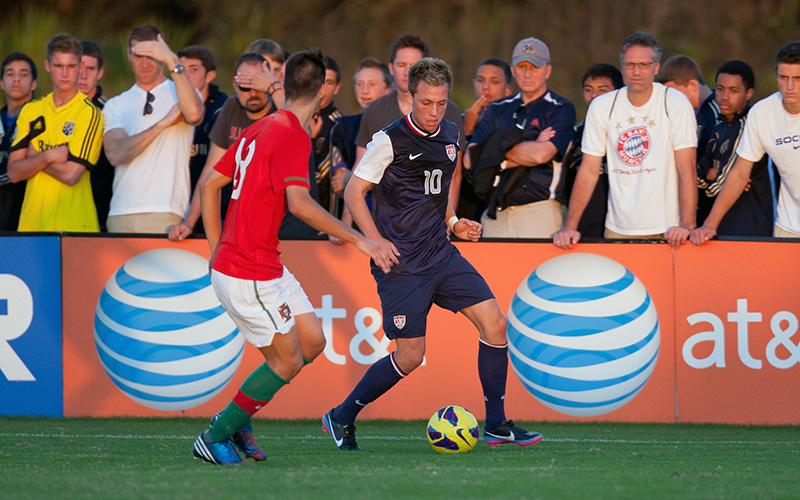 Signing as a Homegrown with RSL this past season, Baird was deployed on the right side of the attack and also as a center forward by Mike Petke, returning eight goals and five assists to claim MLS Rookie of the Year honors and help RSL qualify for the postseason.

A product of the U.S. youth national team setup, Baird was part of the USA roster at the 2013 Concacaf U-17 Championship and has also suited up for the U-18, U-20 and U-23 MNTs in the past. A native of Escondido, Calif., Baird’s first MNT camp will come in nearby Chula Vista.

Jeremy Ebobisse
Born in Paris, France, Ebobisse moved to the USA with his family at age two. Settling in Bethesda, Md., he would go on to play two years of college soccer at Duke (2014-15) before being selected fourth overall by the Portland Timbers in the 2017 MLS SuperDraft. 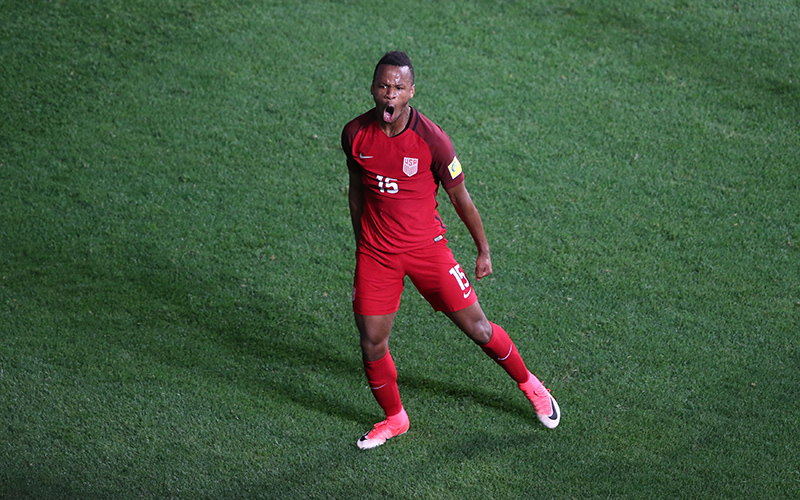 Part of the U.S. roster at the 2017 FIFA U-20 World Cup, Ebobisse made three appearances and scored a goal in each of the USA’s Knockout Round matches – a 6-0 win against New Zealand in the Round of 16 and the 2-1 extra time defeat to Venezuela in the Quarterfinals. Ebobisse and fellow first-time call-up Auston Trusty become the 10th and 11th players from the 2017 U-20 MNT World Cup squad to earn an invite to senior team camp.

Though the 21-year-old forward has split his two seasons in Portland between the club’s first team and USL side, Ebobisse found his stride with the MLS side down the stretch in 2018. The striker appeared in each of the Timbers’ final eight regular season matches and added a goal and assist across all six postseason games as the club ran to the MLS Cup Final.

Jonathan Lewis
Added to the January Camp roster on Dec. 28, 2018, Lewis is a product of U.S. Soccer Development Academy clubs Chicago Fire and Kendall SC. The 21-year-old right winger played briefly in England with Bradford City and Farsley Celtic before returning to play collegiately at Akron in 2016. 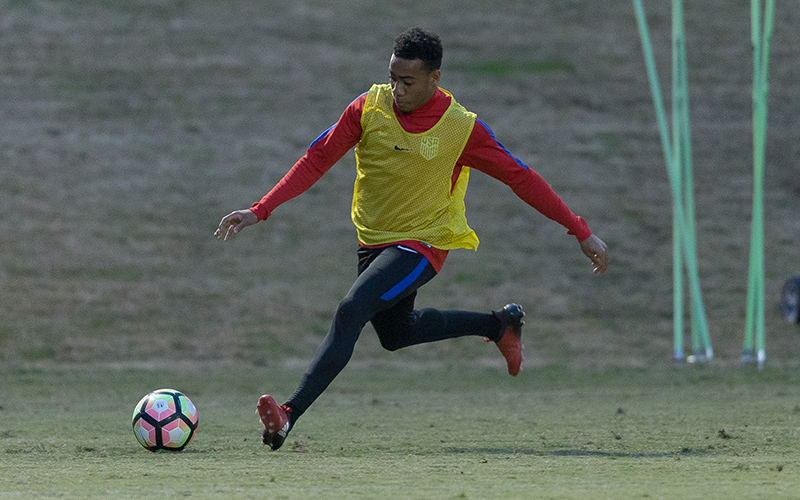 After helping the Zips to the MAC Conference Championship and NCAA Tournament appearance that year, he left college early to enter the 2017 MLS SuperDraft where he was selected third overall by New York City FC. Often coming off the bench for the club, Lewis has appeared in 25 matches during his first two seasons, recording three goals and four assists along the way.

Internationally, Lewis was part of the U.S. squad that won the 2017 Concacaf U-20 Championship, scoring a goal and assisting on another in a 4-1 win against St. Kitts and Nevis on Feb. 24, 2017.

Daniel Lovitz
The oldest of the 2019 January Camp newbies, 27-year-old Daniel Lovitz will arrive in Chula Vista off a 2018 campaign with the Montreal Impact in which he recorded MLS career highs in appearances (31) and assists (five). 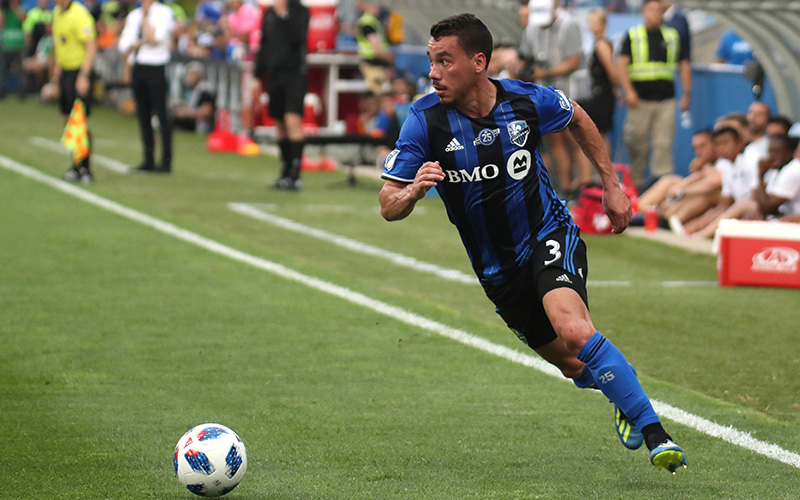 A product of Elon University, the Wyndmoor, Pa., native was selected by Toronto FC in the 2014 MLS SuperDraft, spending three seasons at BMO Field before joining Montreal ahead of the 2017 season. An attacking left back who often appears in midfield, Lovitz has found his stride at Stade Saputo, appearing 56 of a possible 68 regular season matches the past two seasons with the Impact.

Mark McKenzie
At 19, McKenzie is the youngest on the 27-player roster that will gather in Chula Vista. A product of the Philadelphia Union Academy, the Bear, Del., native played as an amateur with the club’s USL side Bethlehem Steel in 2016 before his one season of collegiate soccer at Wake Forest the following year. 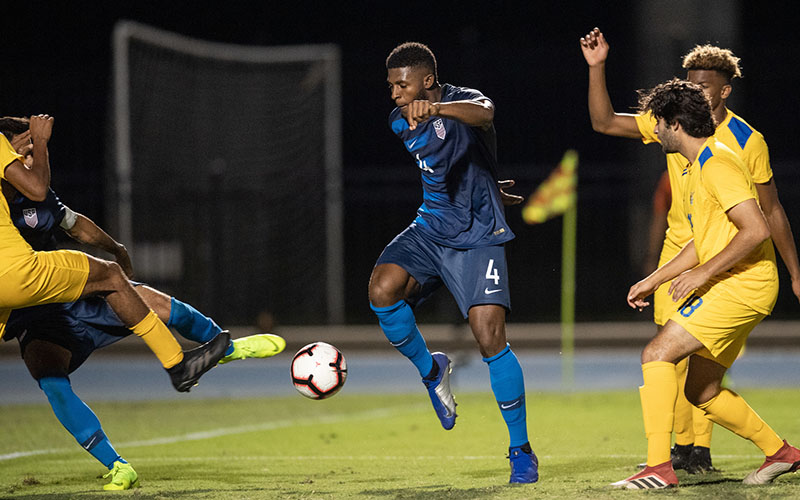 The 6-0 center back then returned to sign a Homegrown contract with the Union ahead of the 2018 season and had a steady rookie season in MLS, making 19 appearances to help the club qualify for the MLS Cup Playoffs.

Previously a member of the U-18 MNT squad, McKenzie captained the USA at the 2018 CONCACAF U-20 Championship, helping the side qualify for the 2019 FIFA U-20 World Cup and claim a second-straight confederation title. Named to the tournament’s Best XI, McKenzie led a U.S. defense that conceded just two goals across eight matches and even added three goals along the way.

Djordje Mihailovic
A Chicago Fire Homegrown product, Mihailovic appeared in 17 matches during his rookie campaign in 2017, only to suffer a ruptured ACL in the club’s postseason defeat to the New York Red Bulls that year. A long road to recovery ensued and Mihailovic made it back on the field for the Fire this past August, finishing the season with a goal and four assists across nine matches. 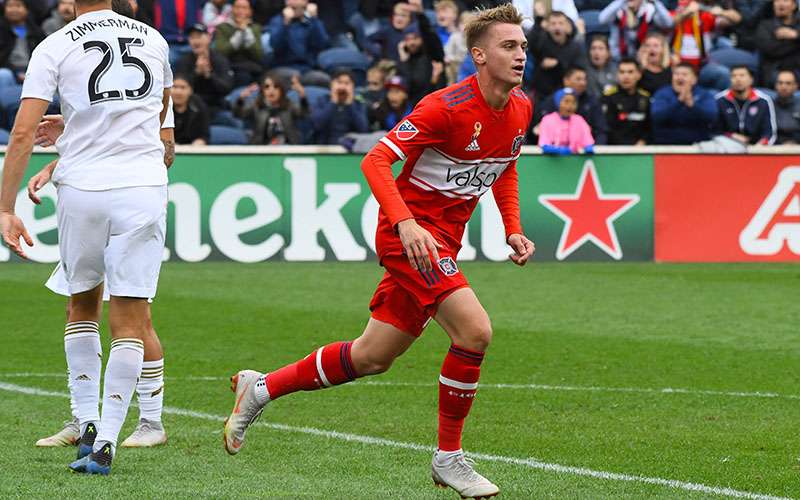 The 20-year-old midfielder comes to his first MNT camp with previous youth national team experience at the U-17 and U-19 MNT level and is also the son of former Washington Diplomats midfielder Alecs Mihailovic.

Tyler Miller
The lone newbie goalkeeper in January Camp, Miller came through Northwestern University before being selected by Seattle Sounders FC in the 2015 MLS SuperDraft. Though tied to an MLS club, the Woodbury, N.J. product elected to begin his career with German Regionalliga side SVN Zweibrücken, making 10 appearances for the club that year before returning to sign with Seattle. 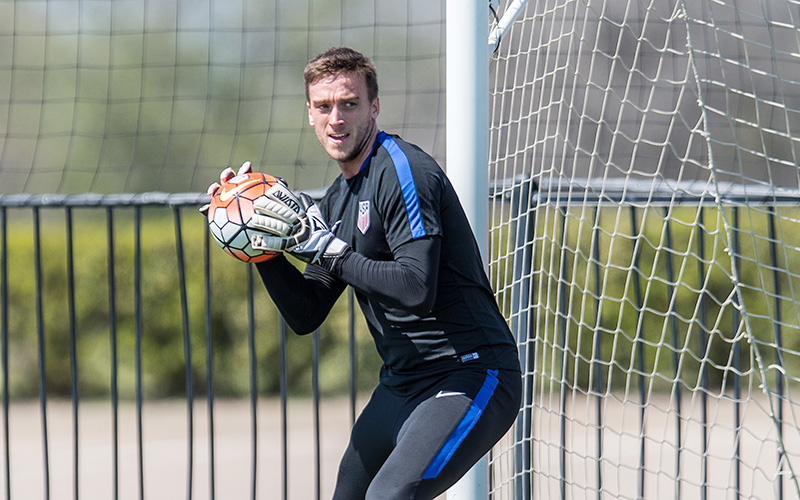 Playing mostly for the club’s USL side from 2015-17, Miller was selected by LAFC in the 2017 MLS Expansion Draft and appeared in 33 league matches, earning 16 wins and 10 clean sheets to help the first-year side to the postseason.

Auston Trusty
Like McKenzie, Trusty is also a center back and product of the Philadelphia Union Academy. After six years in the club’s development setup, the 6-4 defender signed a professional contract in 2016, spending much of his first two seasons with the Union’s USL side, Bethlehem Steel. 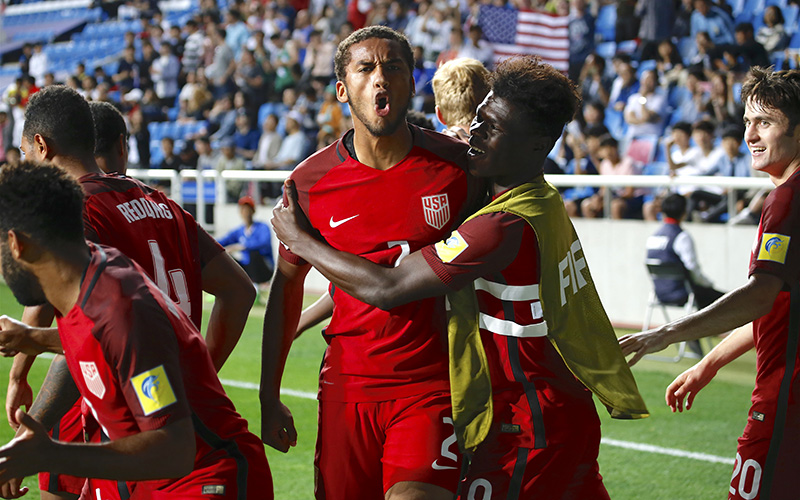 The Media, Pa., native took a big step in 2018, playing every minute of the Union’s 34 regular season matches to help Philadelphia qualify for the MLS Cup Playoffs.

Internationally, Trusty has represented the USA at the U-19 and U-20 levels. He was part of the U.S. squad that won the 2017 Concacaf U-20 Championship and also took part in that year’s run to the FIFA U-20 World Cup Quarterfinals, scoring a memorable goal in the 6-0 Round of 16 win against New Zealand. Trusty and fellow first-time call-up Jeremy Ebobisse become the 10th and 11th players from the 2017 U-20 MNT World Cup squad to earn an invite to senior team camp.