“Our priority is to win the Gold Cup. Anytime we're competing for a trophy, we want to win it,” Berhalter said. “It's going to take a good effort by the group, but it's certainly a focus of ours. We know the games are going to be difficult, and as we looked at the roster for this tournament, we focused on guys who are in form and can help the team win.”

The USMNT is part of Group B in the Gold Cup along with Canada, Martinique and a team that will be determined through the 2021 Gold Cup Prelims. The USA will play all of its group matches at Children’s Mercy Park in Kansas City.

Based on the outcome of the Gold Cup Prelims Round, the remaining team in Group B could be one of four possibilities: Barbados, Bermuda, Haiti or St. Vincent and the Grenadines. The Prelims Round will run from July 2-6 at in Ft. Lauderdale, Fla.

The United States has lifted the Concacaf Gold Cup six times, most recently in the 2017 edition. The USMNT won the inaugural tournament in 1991 before being crowned regional champions again in 2002, 2005, 2007 and 2013.

Per tournament rules, the final roster will be submitted prior to midnight tonight. A player may be replaced on the roster up to 24 hours prior a team’s first match of the group phase in the case of injury. The replacement player must come from the 60-man preliminary roster. 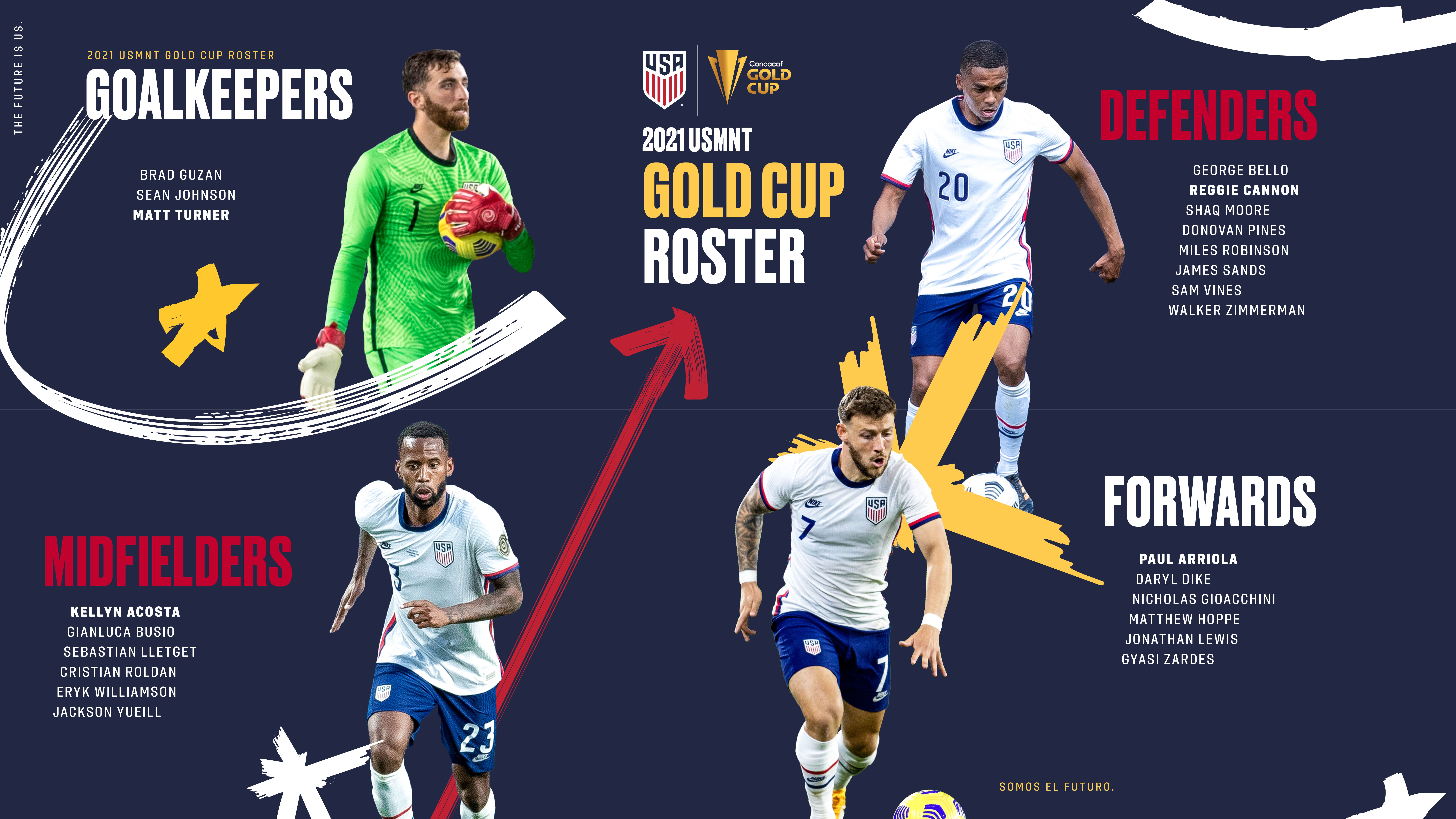 With the Final Round of World Cup Qualifying in Concacaf expanding to eight teams and 14 matches while simultaneously condensing the process from 18 months to only seven, depth in the squad is going to be critical. Considering that four of the five windows will require teams to play three matches in seven days, there’s no question that more players than ever will be called upon to contribute. That gives this Gold Cup even more significance, as 12 players have the chance to compete in an official competition for the first time and experience what it will be like to face the very opponents that will be challenging the USMNT for spots in the World Cup.

“When we were looking at both the Gold Cup and the Nations League, we were thinking about one big roster picture, not two separate rosters. The idea was to prepare our entire player pool in a competitive CONCACAF format for World Cup Qualifying,” Berhalter said. “When you look at this roster, it's basically another group of players that are going to get the opportunity to compete to win a trophy. By the end of this tournament, we're going to have virtually the entire player pool prepared for World Cup qualifying.”

EXPERIENCE AT THE CORE …

The roster is also littered with players who not only have tournament experience under their belts, but also are steeped in the Berhalter game model. A total of nine players enter with Gold Cup experience, including six who have been part of championship squads: Brad Guzan and Sean Johnson (2 each), Kellyn Acosta, Paul Arriola, Cristian Roldan, and Gyasi Zardes (1 each).

Meantime, Sebastian Lletget is the only USMNT player to appear in every match (11) during the last two calendar years. The veteran midfielder has registered five goals and one assist in that time. He’s tied with Kellyn Acosta for most appearances in 2021 (7) and with Gio Reyna for most goals by a USMNT player this year (3).

“A lot of the work we've done since 2019 is to prepare this group and also build team cohesion. With this roster, many of the players are already familiar with how we do things, are already familiar with our environment and are already familiar with our style of play. I think that's going to help us,” Berhalter said. “When you look at some of these core guys, like Walker [Zimmerman], Sebastian [Lleget], Kellyn [Acosta], Jackson [Yueill], Paul [Arriola], Gyasi [Zardes] … these are guys that have been in over these last two years and have been major parts of the team. Although it's a young team, we think it's an experienced team and we're looking forward to getting even more experience in a Concacaf competition.”