Mexico-born Jose Manuel Rivera’s career as a globe-trotting journeyman midfielder – and a Hungarian Cup-winner too – have him uniquely prepared to guide the young amateurs from Las Vegas into the wide world of possibilities and idiosyncrasies that is the U.S. Open Cup.
Jonah FontelaMarch 31 2022
Open Cup

“We were the champions of the Cup,” said Jose Manuel Rivera from his home in Las Vegas, Nevada – the latest port of call in a life spent chasing a ball, the next game, another chance.  “And when you do that, the fans, they’ll never forget you.”

He’s not talking about the Open Cup, America’s 109-year-old domestic championship, or its forebear from England, the FA Cup. Not the Coppa Italia or Spain’s Copa del Rey either. It’s the Magyar Kupa, Hungary’s Cup. In 2009, in Rivera’s third season with Budapest side Honved – a spiritual epicenter of the country’s proud past and home club of Ferenc Puskas – he helped revive former glories with a Cup crown (one of eight won at the club, but only the second since the turn of the current century).

“Honved wasn’t doing too well in the years before I came, even though it’s a club with so much history,” said the Guadalajara-born, Pachuca-schooled Rivera, who had a journeyman playing career that took him from his native Mexico to Slovakia, the U.S., Finland and El Salvador between 2005 and 2018. “We helped build the club [Honved] back and that’s not anything you forget.”

The Magic of the Cup

“A Cup is different,” continued the 35-year-old, fresh from his playing days and now at the helm of amateur club Las Vegas Legends – where he’s passing his passion on to the city’s top untapped talent. “You have a chance to compete in every match. Every one is a final. It’s very interesting.”

Interesting is a word Rivera uses a lot. About Peter Johann Field, on the campus of UNLV, with the Vegas Strip right there in the background towering in neon and jackpot possibilities. That’s where his Legends, amid the low-rolling smoke released by their small core of fans, booked a place in the Second Round of the U.S. Open Cup last week. He finds the sunsets that bathe the stadium in purples and golds interesting too. “You turn around on the field and you fall in love,” he said. “You can be distracted by it.” 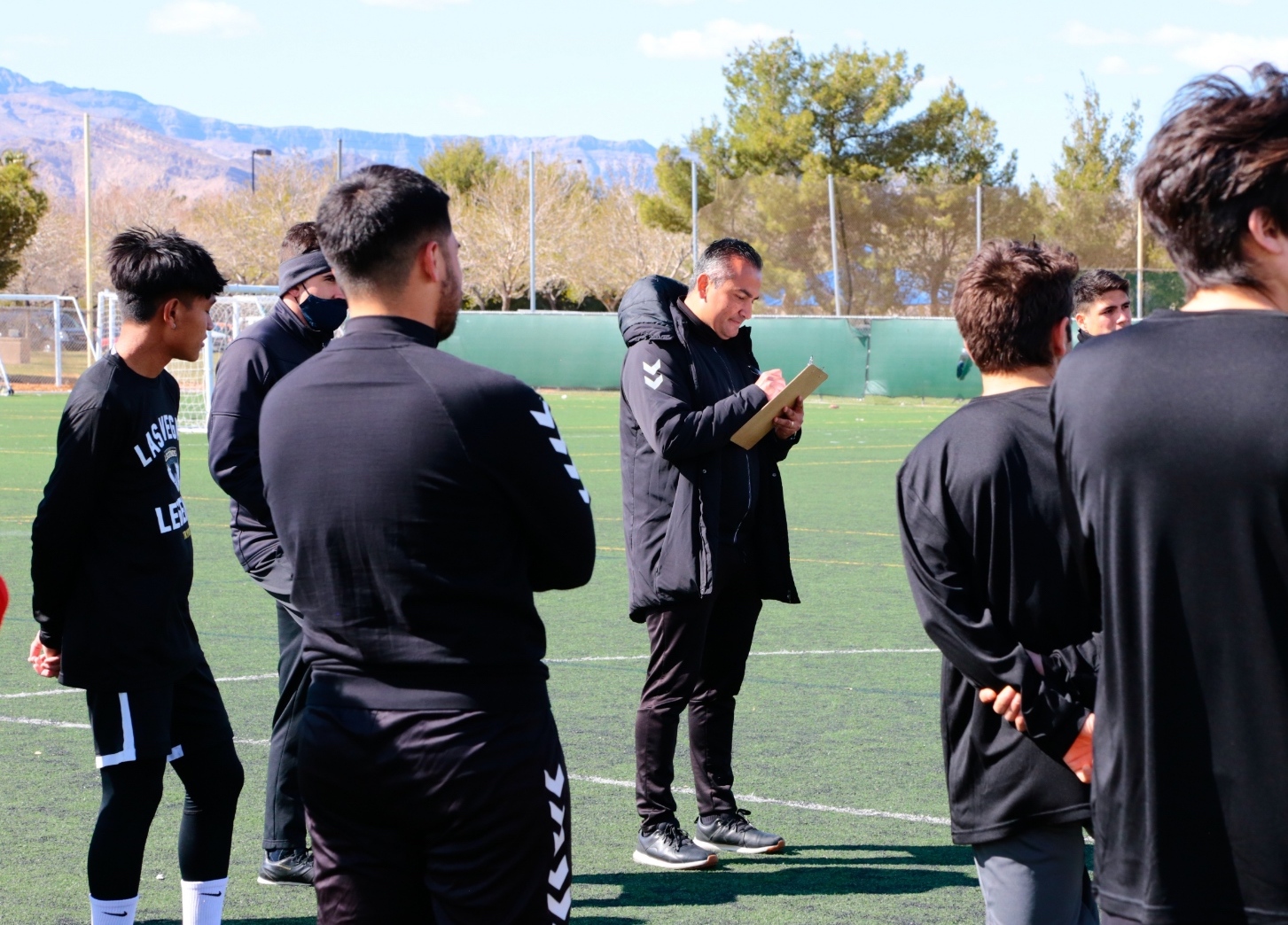 But most interesting to Rivera are the doors he’s opening for players in the area who, for one reason or another, haven’t yet been able to break into the pro ranks.

“The Legends want to be a platform for the local players,” said Rivera, who moved to Sin City after a playing gig, near El Salvador’s Pacific coast with FC Sonsonate, ended in 2018 and the phone stopped ringing. “There’s so much talent in this city and it’s really one of the main reasons I came here – to see about giving an opportunity to these players who deserve one but never got it.”

Striker Sam Aina is one of those players. Though not native to Vegas, the Nigerian, now 24, came to the city in 2017. He promptly fell for its many charms and now calls it his “American home.”

“The first thing you notice, and it’s enlightening, is the way he [coach Rivera] is still an amazing player,” said Aina, who scored the opener in the Legends’ first-ever Open Cup game last week against the Park City Red Wolves of USL’s all-amateur League Two. “The way he [Rivera] explains things and helps can be mind-blowing. I just sit back and watch him say and do these things. Who are we not to listen? He’s walking the walk and talking the talk.”

Rivera’s working with amateur players in Vegas, but the smooth style on display in the 3-2 win over the Red Wolves from Utah was unmistakable – and born of daily work.

“A lot of these guys are working, or studying, in the morning and then coming out to train in the evenings and that’s not easy,” said Rivera, who holds nightly sessions monday through thursday for the two teams competing in the National Premier Soccer League (NPSL) and United Premier Soccer League (UPSL). “They do it because they really believe and want something more. Some still have the dream to go pro.” 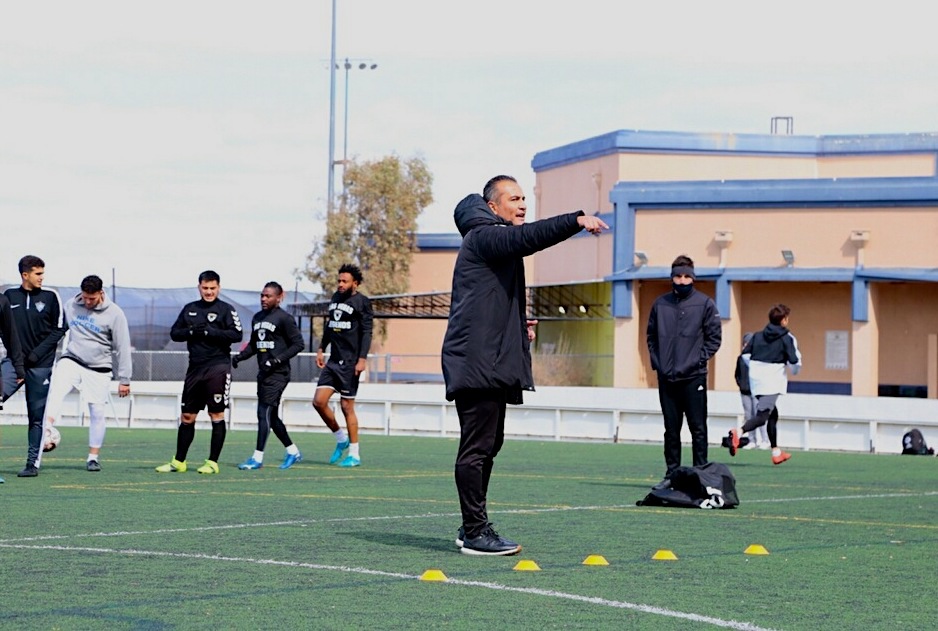 “He always tells us to play like the ball was born in you – and to enjoy,” added Aina, an academy coach in the area in the daylight hours who joined the Legends when they made the transition from top indoor pro side to the outdoor game in 2019. “Now people get to see it. We made our first step in the Open Cup and showed that we can play amazing soccer.”

The possibilities and huge potential of these amateur players were fully on display in that First Round win. But so were the cracks. Both Aina and Rivera chuckle about the two goals that turned the last few minutes of the game – a cakewalk for huge swaths – into high drama. What should have been a 3-0 win became a 3-2 squeaker for the Legends and their devoted pocket of fans known as the Luz Fuerza.

But that’s the magic of the Cup – and it does cut both ways. Few know it better than Rivera, who was on the losing side for former MLS team Chivas USA in 2013 when they were upset by the Los Angeles Blues (now Orange County SC) of the USL Pro League. He was also in the Mexican side CD Irapuato, then of the second division, who shocked giants Queretaro and Tigres in 2014’s Copa MX.

A must at a club where the Sporting Director is Eric Wynalda (the U.S. National team legend and tireless advocate for increased opportunities for players of all stripes) Rivera knows what’s on offer in Cup competition. Especially when so-called lesser teams meet their so-called betters.

“One minute can change everything,” Rivera shrugged, looking ahead to a Second Round game against second-division pro side New Mexico United, who reached the Quarterfinal stage of the last Open Cup in 2019. “The truth is the Open Cup is huge for our players and they have to believe the dream is possible.

“The Cup is just different,” added Rivera, who’s living the dream now alongside these young Legends – and guiding their way every day. “Each day you will have a winner and you can’t always know who it’s going to be until it happens. That possibility gives you belief and that’s everything because, really, we’re playing because we love the game.”

“A dream can come true in every single match,” the young coach added, the sun heading down over the desert sands that surround Las Vegas – this unique oasis of possibilities and pitfalls.

The message, and that anything's-possible spirit, is trickling down too. “You win or you go home and we believe in ourselves,” said Aina, from his adoptive American home “And that day matters because you never know who’s the one who’ll be going home or going on.” 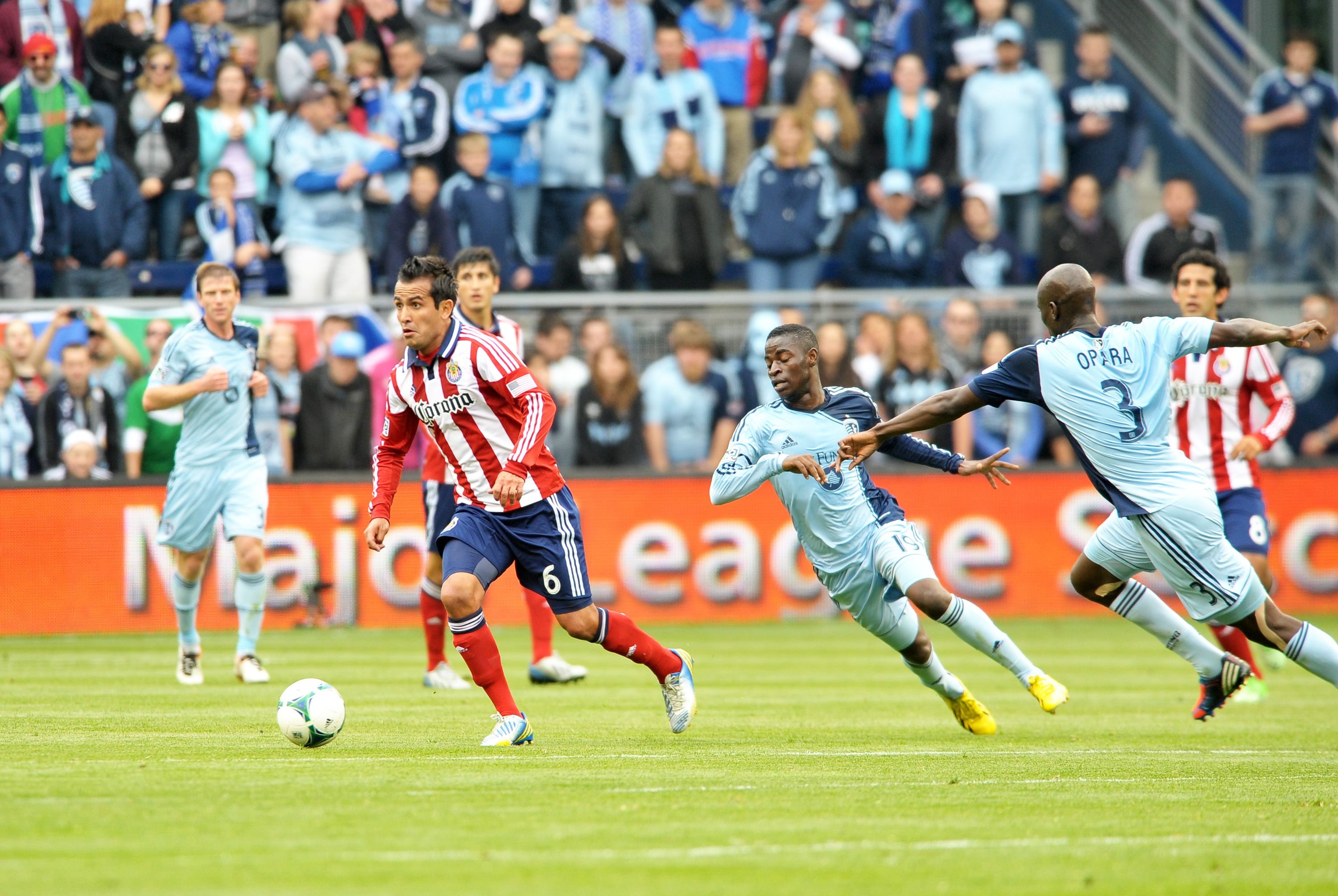