‘No A-holes’: Minneapolis City & the Meaning of Undefeated

These lively amateurs from Minnesota leaned into their status as ‘undefeated’ in the Open Cup – despite not yet playing a game in the country’s oldest soccer tournament.
Jonah FontelaMarch 16 2022
Open Cup

It’s one of those words that offers up its larger meanings the more you ponder it. Let’s consider a situation: Is Minneapolis City SC, the amateur club from the Twin Cities who’ve qualified outright for three U.S. Open Cups since 2017, undefeated in tournament play?

Have they ever played an official Open Cup game?

“It’s turned into a funny thing, there’s no bad blood,” chuckled Dan Hoedeman, chairman of the club, disqualified from the 2017 Open Cup before it started for swapping leagues – a technical violation of U.S. Open Cup policy. “We would have been the first amateur team from Minnesota to play in [the Open Cup] and it was frustrating to get disqualified.

Join us at @9thStreetSoccer to watch our @opencup first round match against Des Moines Menace on March 23. We've got a food truck, drinks from @utepilsbrewing and a @mplscityfutures 5v5 showcase for you lovelies.

“So we made the undefeated part into kind of a joke,” added the 40-year-old Hoedeman, a former player who co-founded the club in 2015 with a goal to “elevate local players” and answer a broader question: in a world of big-money sports buy-ins and billion-dollar stadiums, “can regular, normal people do things in sports if they’re not connected?”

It consisted of fans, lower-league fellow travelers and even direct rivals like Oakland County FC – the team they beat in extra-time to reach the 2017 Cup. Hoedeman, president of a marketing services company with a predictably sharp eye for branding a moment, leaned into the concept of being ‘undefeated’ in Cup play. 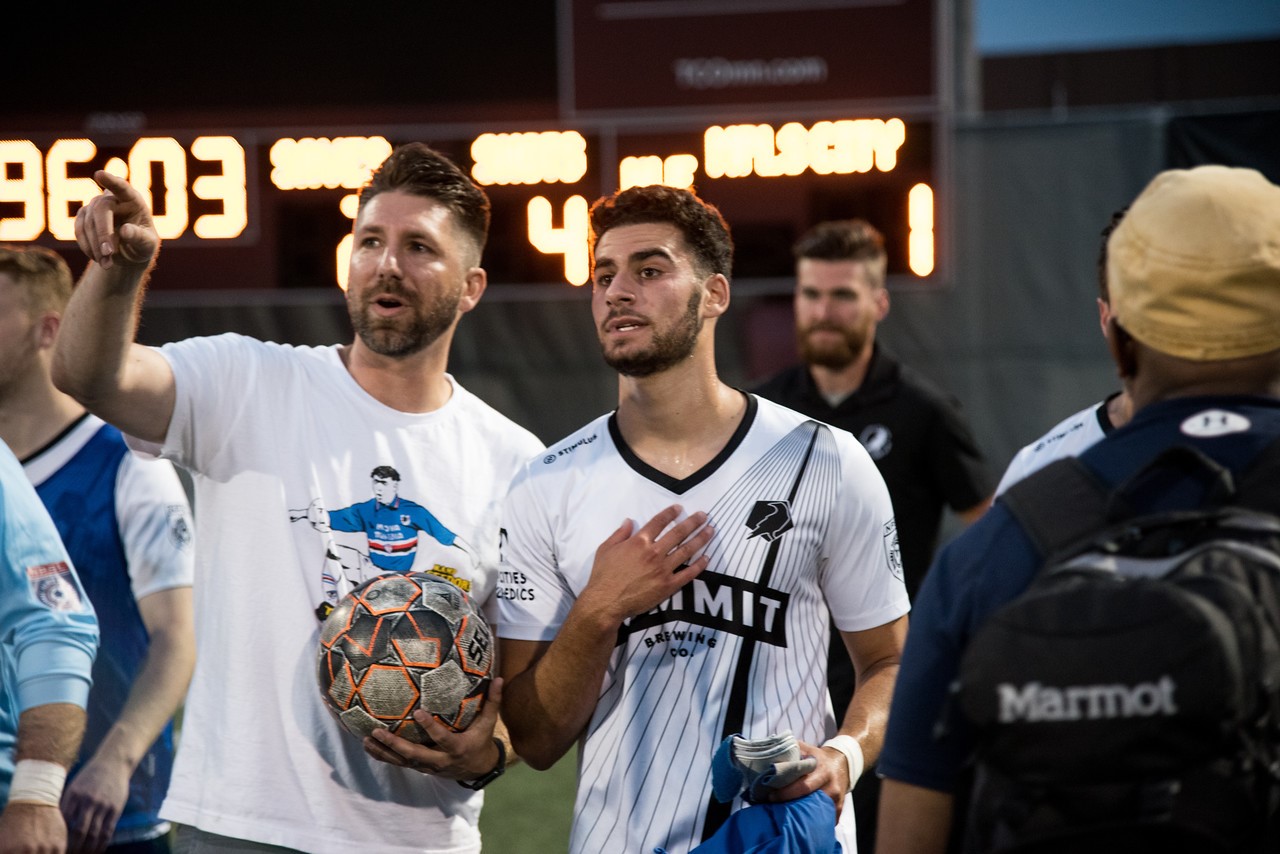 Minneapolis City appealed the decision. The disqualification was upheld.

The club screen-printed ‘undefeated’-themed t-shirts and even challenged the eventual Cup winner (four-time champions Sporting Kansas City of Major League Soccer) to a one-game play-off to answer the question, for good and all, of ‘which of the two deserved to remain the only undefeated team from the 2017 Open Cup?’

There’s a lot of fun about Minneapolis City’s approach to life as an amateur soccer club, but the disappointment and the sense of being hard-done-by were real. As Hoedeman sees it, the club may have “violated the letter of the law, but not the spirit.” Disappointment was compounded the next year, when a quirk in a tie-breaker system saw the team miss out on the Cup again despite meeting criteria that would have qualified them for previous editions.

And after reaching the Open Cup for a second time, in 2020, the Crows (named for the annual ‘mega murder’ of the birds that roost in Minneapolis) were confounded again – this time by a once-in-a-century global pandemic. The next year, in 2021, they qualified once more, only for a second-straight cancellation to keep them from the tournament that had, up to 2020, run every year without pause since 1914. 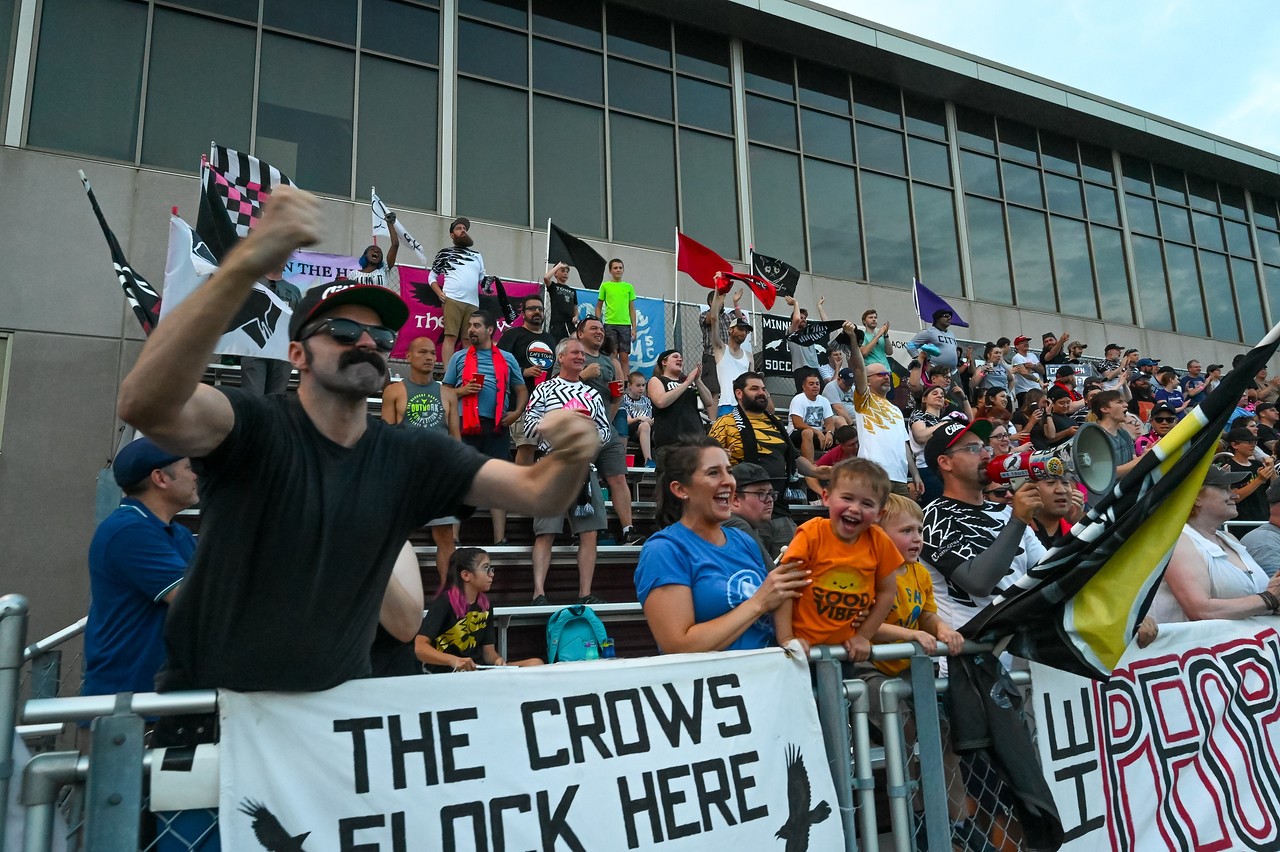 So the legend of the undefeated Crows of Minneapolis City just grew from one year to the next. So did the sensation of being cursed to never actually make the long-awaited Open Cup debut.

“The guys are just kind of joking now, asking, ‘OK, what’s gonna’ happen this time? What will keep us from the Open Cup now? World War 3?’,” Hoedeman half-laughed, his team having qualified once again – and somehow for the first time – for the upcoming 2022 Open Cup.

The chairman added: “Everyone’s excited, but no one is really committed to the idea of playing because of what’s happened in the past.”

Minneapolis City SC is a case study in exactly how to build a team from the ground up. They’re the perfect combination of on-field ability, grassroots DIYism and just-plain fun (if you don’t follow them on twitter @mplscitysc, do so – now). 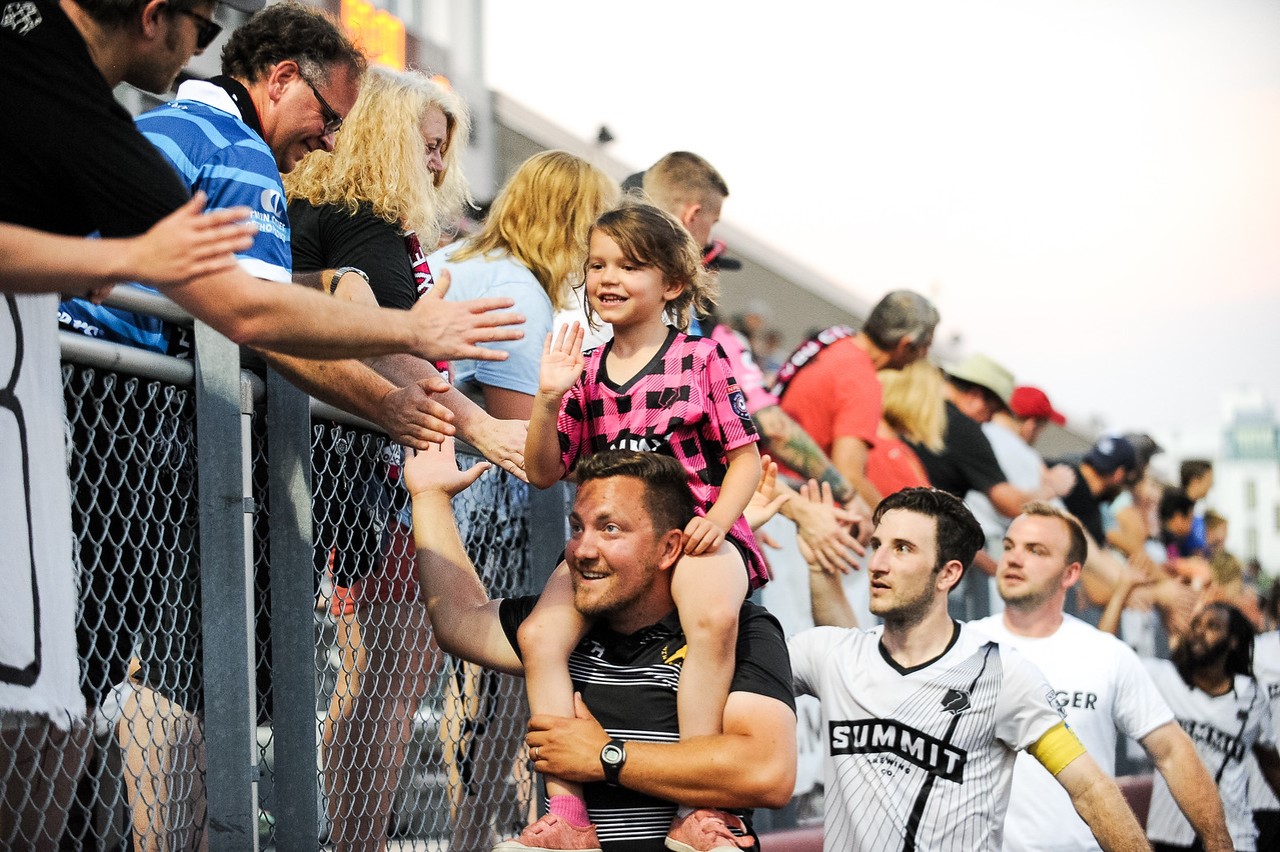 “You have to be connected to your community,” said head coach Matt VanBenschoten, 36, who played college soccer at Bethel University in Saint Paul, where he’s also the women’s assistant coach. “We’ve got lightning in a bottle. Marketing, community buy-in and on-field success. People want to be a part of it and everyone’s pulling in the same direction.

“Building the culture has been important,” added VanBenschoten, who began as a fan of the club, now in USL’s League Two. “We want to have the best players, but we want good human beings too.”

City Draws the Cream of the Crop

Minneapolis City is now a magnet for the area’s best college and post-college talent, with former and current players eager to bring in new blood. Among the club’s most famous alumni is one Brandon Bye, currently of MLS Supporters' Shield winners (and 2007 Open Cup champs) New England Revolution. 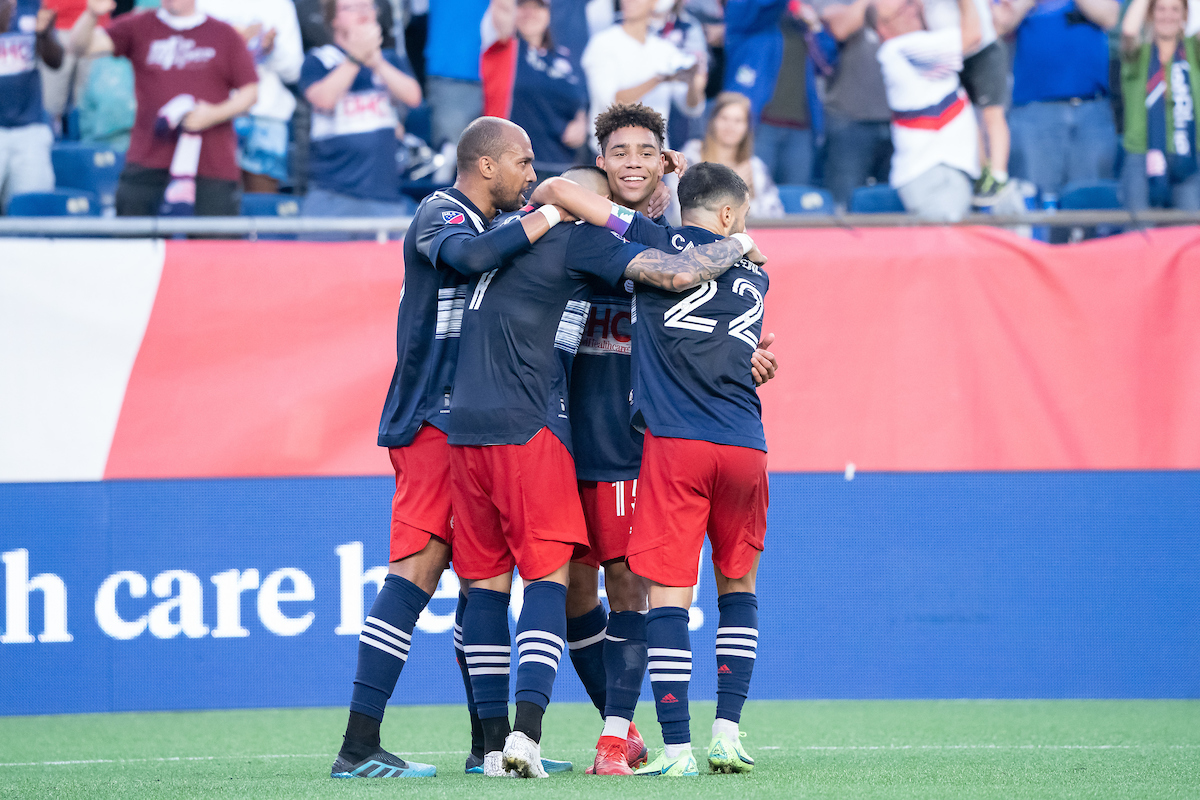 VanBenschoten claims one rule above all others makes the club tick: “We have a no-as*hole policy and it’s served us well.”

Abdallah Bah, 27, fits firmly within the strictures of the club’s foremost rule. At his preferred left back spot, or holding the line in midfield, he’s been one of the club’s top players since 2016.

“One thing that makes this club special is the feeling that we’re all in it together,” said Bah, born in Freetown, Sierra Leone, before fleeing the country’s civil war with his family for Guinea, the Bronx, and then, when he was 10 years-old, Minneapolis.

“It’s a big commitment and there are lots of sacrifices to make, but you see all the guys putting in their time and energy here on and off the field and it just motivates you,” added Bah, who played college ball in Waterbury, Connecticut at Post University. “The playing, that’s the easy part. 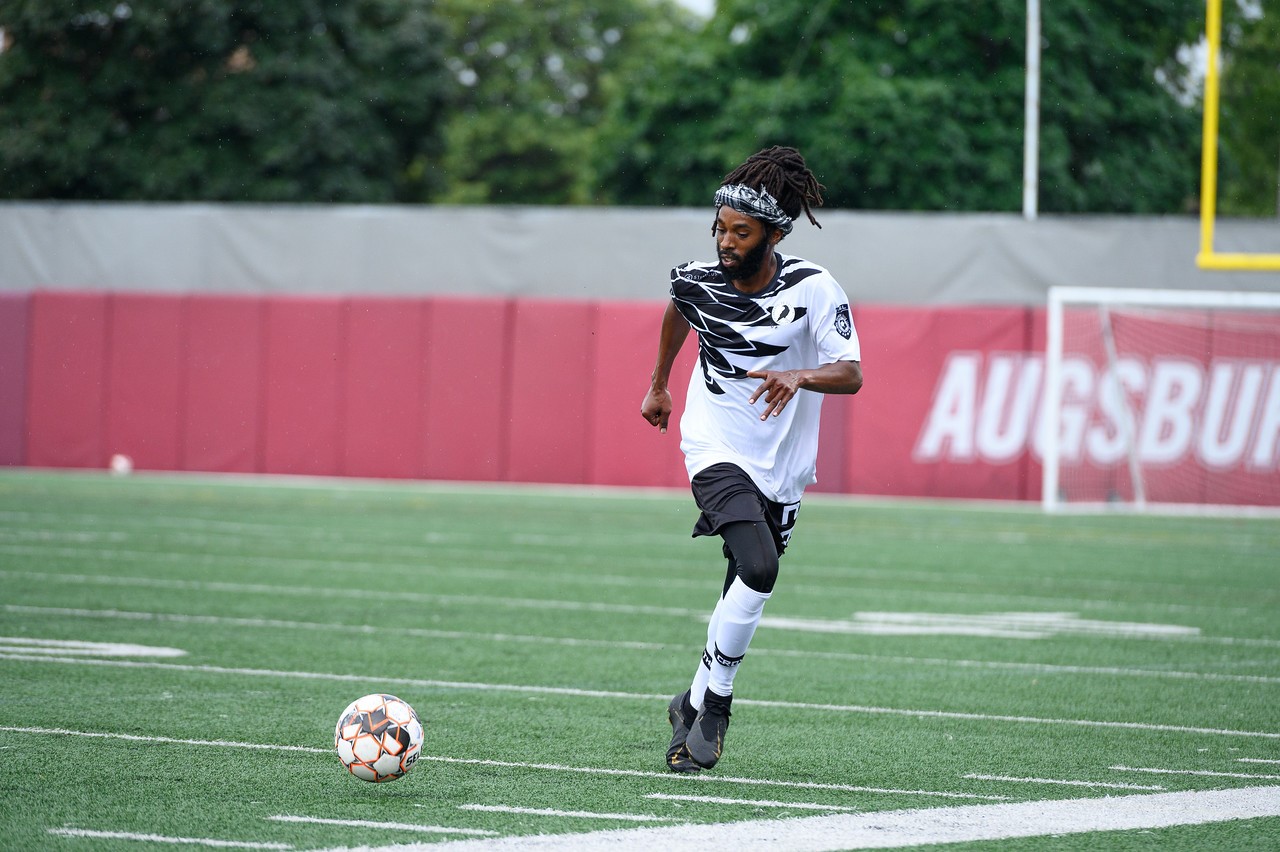 “We’re all here just to see this thing grow,” added Bah, one of three players remaining from the inaugural 2016 team. He’s a busy man these days, working in a mentorship and support role at a local high school, as a part-time model and a recently-licensed real-estate agent.

Part of the team that qualified for that first Open Cup in 2016/17, Bah chooses to see the bright side of the disappointing disqualification – and the long wait for this Open Cup debut. “It gave us time to get the pieces right and set up the culture and move forward.

“Everybody wants to see what City is going to do now,” Bah went on. “We want to be one of those lower-level teams that comes in and makes a little news. We’re not just here to be here – we wanna’ compete.”

Minneapolis City’s first game in the Open Cup will be no walk in the park. They’re up against the Des Moines Menace. Founded back in 1994, the 14-time Open Cup participants also happen to be reigning USL League Two national champions.

“Playing the Menace, national champions, sh*t, that’s a great start,’ added coach VanBenschoten, who fully expects a flock of the Crows fans to make the 250-mile trek to Des Moines to see the club put their undefeated Open Cup tag on the line. “On paper, they should kick our as*es, but that’s the beauty of the Open Cup…And it’s not just about wins and losses.” 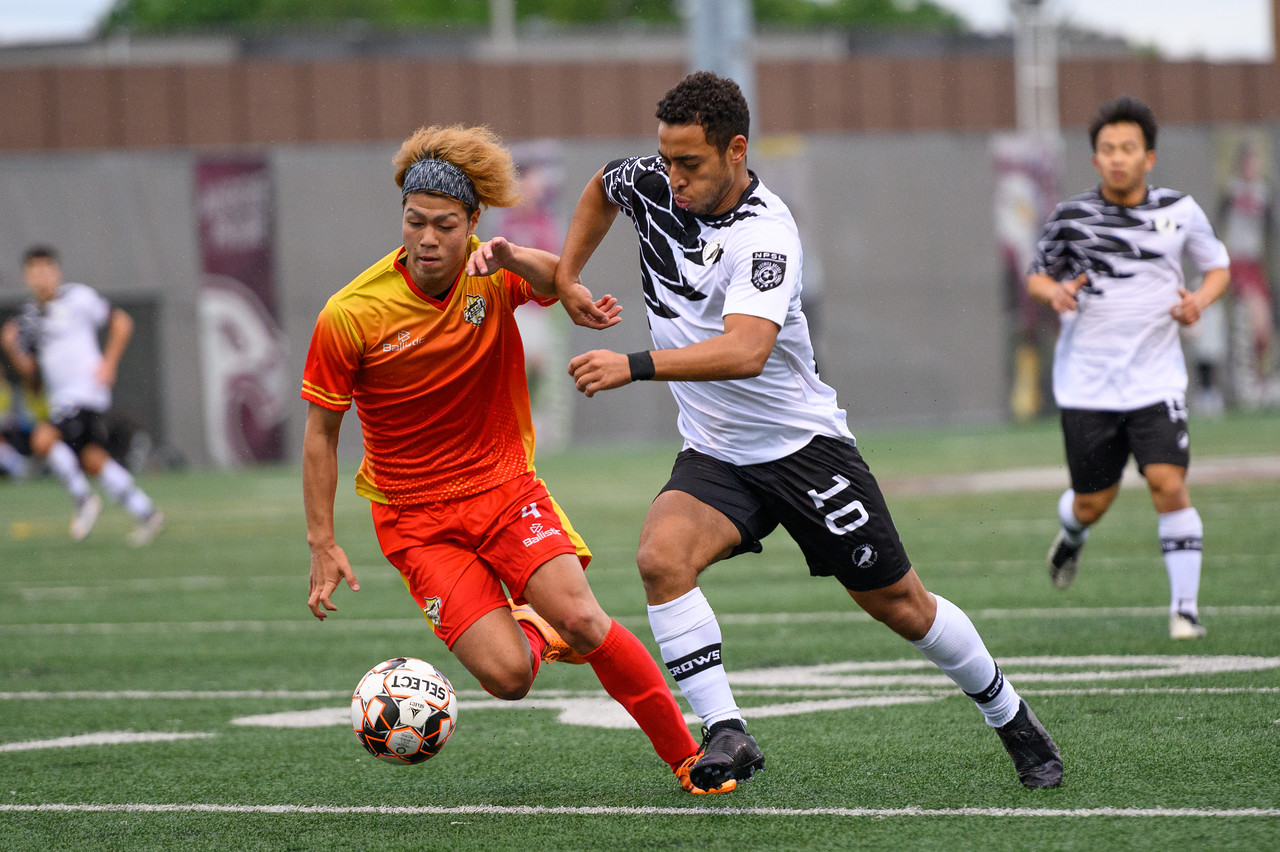 “The Open Cup is the most romantic part of the [American] game,” added Hoedeman, who will, finally, get to see his club step out onto the fields of this most unique of tournaments. “For the players who want to prove themselves – for the fans who want to see what they can do. You can’t help but think about what’s possible.

“Where we play is less than five miles from where Minnesota United (2019 Open Cup runners-up from MLS) play and you can’t help but dream about it,” Hoedeman concluded, a particular kind of hope in his voice. “You want to prove yourselves against them – against those big names.”

Ahead of their first taste of the U.S. Open Cup proper, Minneapolis City really have nothing to prove. No matter how things go on March 23 in Iowa, the Mighty Crows will remain undimmed, unbowed and, in a manner of speaking, yes, of course, undefeated.