For more than five years, Carlos Cortez and his wife, Christine, have cared for their dream.

On dusty fields and bumpy pitches, in the amateur leagues and through the many challenges of the COVID-19 pandemic and Lamar Hunt U.S. Open Cup qualifying, the Cortez family has managed to build San Fernando Valley FC up from scratch.

“This is a family-oriented thing, this club that we’ve built,” Cortez, one of two coaches, told usopencup.com, his feeling for the club – and the players who comprise it – coming straight through. 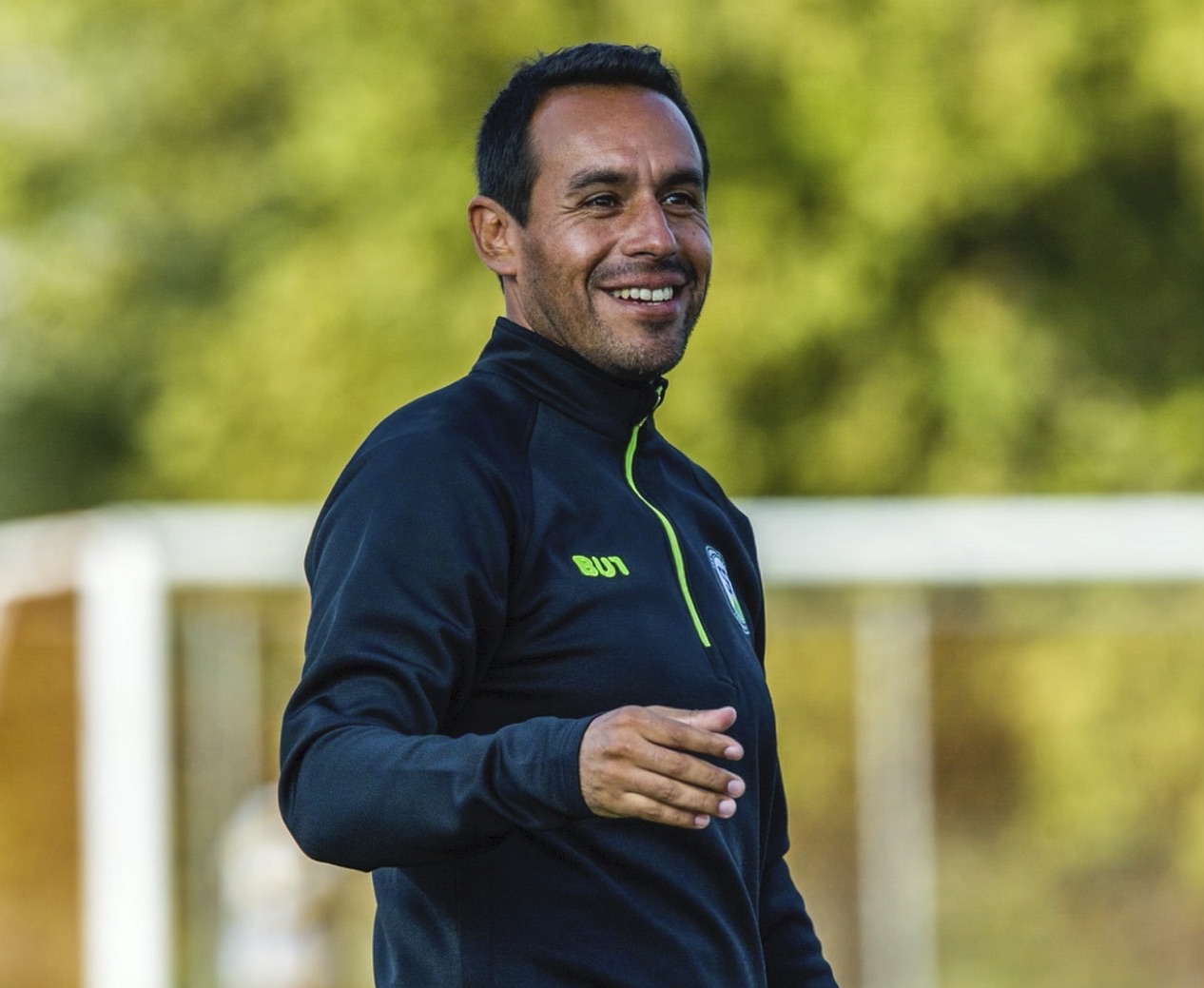 But the type of ambition the 38-year-old Cortez has shown comes with sacrifice and struggle -- not to mention the heavy day-to-day responsibilities of club ownership in the United States.

Now on the verge of hosting their first-ever U.S. Open Cup First Round game (against Escondido FC at Sepulveda Basin Sports Complex on March 23) the Cortezes have set a foundation at the club that will allow for even bigger dreams in the years ahead.

Constructed with players from Cortez’s successful under-19 (boys) youth teams of 2015 and ’16, San Fernando Valley FC entered the United Premier Soccer League (UPSL) ahead of the organization’s 2017 Fall competition.

The UPSL is the largest men’s national amateur league in the United States. Previously sanctioned by the U.S. Adult Soccer Association (USASA), the league was recently granted organizational membership status from U.S. Soccer.

The club’s first match, a 4-3 victory over now defunct L.A. Roma FC, took place in September of 2017, and Cortez remembers well the stress of that inaugural match day.

“We decided to let these young guys play in the UPSL, and at the time it was something new for such a young team,” he said. “Most of the teams in the UPSL back then had players 25-and-older, so it was exciting to be able to challenge the guys.”

The excitement of the moment soon become tethered to the realities of life as a men’s adult amateur club.

Allowing players to play for free or at a reduced cost has been a major motivation for the Cortezes. But finding the resources to back that up is a never-ending task that can often feel like a burden.

“The biggest struggle is always the funding, and it’s one of the things that has always pushed me to do more for them [the players], especially the underprivileged kids,” added Cortez, who played professionally in his native Peru. “It’s important to me that kids have equal opportunities and that money, well, sometimes we’ve had to come up with our own solutions.

“Sometimes I have seven kids in my car,” he laughed.

What started as Valley United Soccer Club’s under-19 team playing in the CalSouth sanctioned Coast Soccer League (CSL) has since transformed at San Fernando Valley FC into something even more than the small local independent team Cortez had endeavored to build. 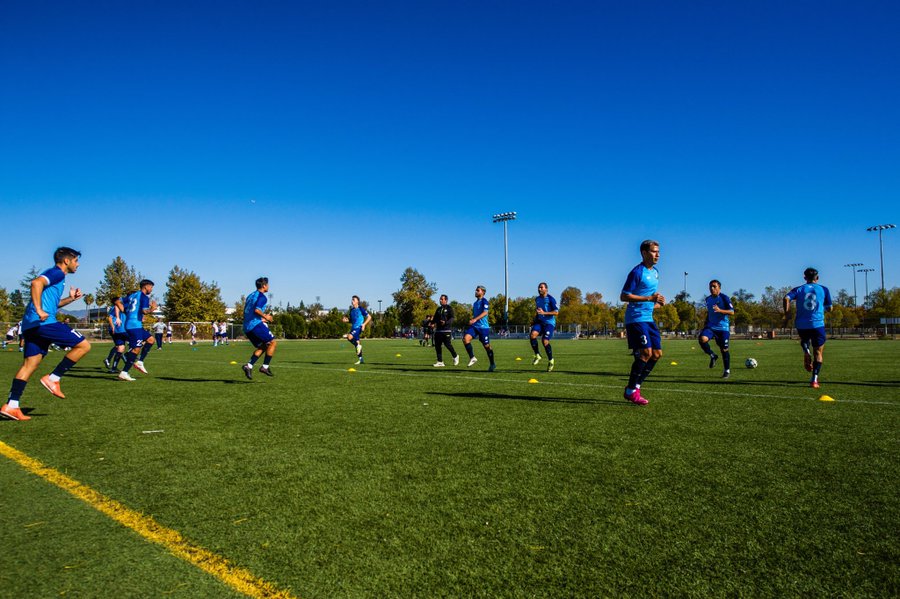 “We have that family-oriented feeling in the club and we’re lucky enough to have good people around who are willing to give us a hand on so many things,” said Cortez, a firm believer in the many-hands-make-light-work school of organization.

Cortez remains the varsity boys’ soccer coach at Cleveland Charter High in nearby Reseda, California -- and he’s as dedicated as ever to developing players in their quest to become professionals and men of character.

“When I met Coach Cortez as a sophomore he straight up told me that his goal was to take players to the next level,” said San Fernando Valley FC’s 22-year-old co-captain Rudy Rivas. “He’s opening doors for players so they can get a [professional] contract.”

An obvious factor in the club’s recent success has been the first team’s commitment to training together every day throughout the COVID-19 pandemic.

“We’ve been training every day, nonstop. That’s what I like about this team,” added Rivas a few weeks ahead of the team’s much-anticipated Open Cup debut. “We’re all committed to the team. We treat it like it’s a pro team because you can’t be a pro if you’re not training and acting like one.”

Daily training allows for good habits to develop and team mentalities to take shape. SFV FC players understand that training consistently is the only pathway to first-team minutes. 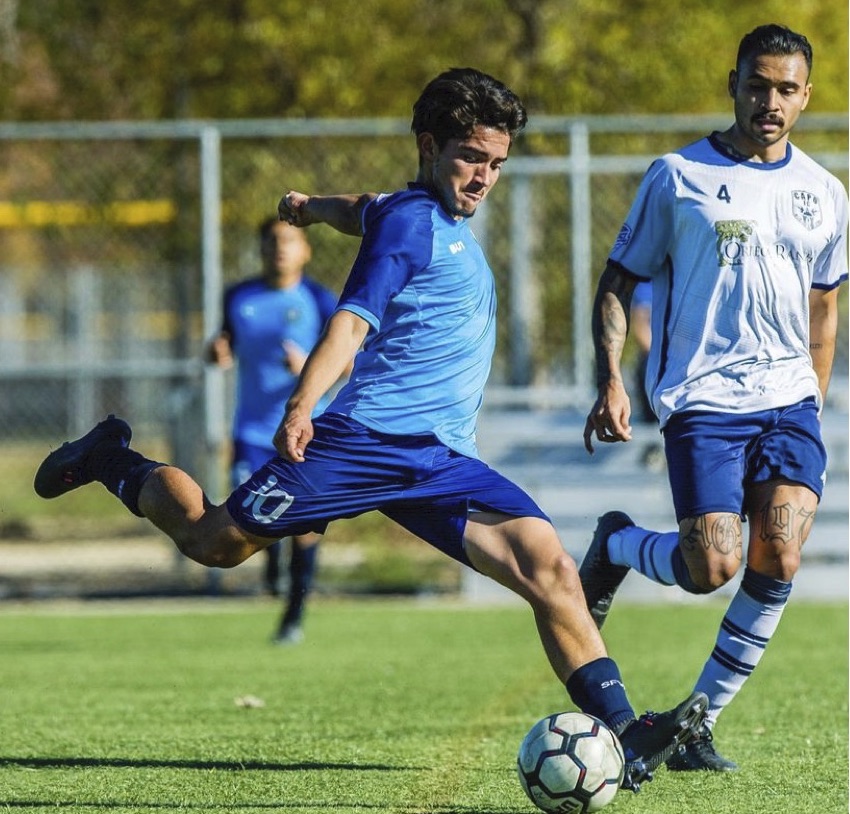 “We practice every single day so it’s a lot of work every day with Carlos and Kyle [Keenan]. They’re great coaches,” co-captain Richard Minaian said. “Everybody at this club is putting in work all the time to get better and the vibes are through the roof. You always want to come to training. It’s amazing.”

Coach Cortez credits the energy created by the club’s everyday approach for the current level of success.

“My thought is that two days or three days of training [per week] is never going to be enough,” he said. “I was always looking to train every day, which makes it even more difficult -- but we’ve been able to do a lot with very little.”

So many of the essentials were in place to be competitive locally, but SFV FC was stuck grinding away in UPSL’s second tier until Cortez met Keenan while the two were classmates taking U.S. Soccer’s Grade ‘C’ coaching courses.

“We were doing our ‘C’ licenses during the pandemic and we were paired on a project and we’re just talking over the phone,” Keenan said. “He [Cortez] starts to tell me about [SFV FC] and I was interested in doing something different outside the club ecosystem. I asked to check out training, and I only planned on coming out the one time with my little notebook and pen, and next thing you know I’ve been there every day for the past year.” 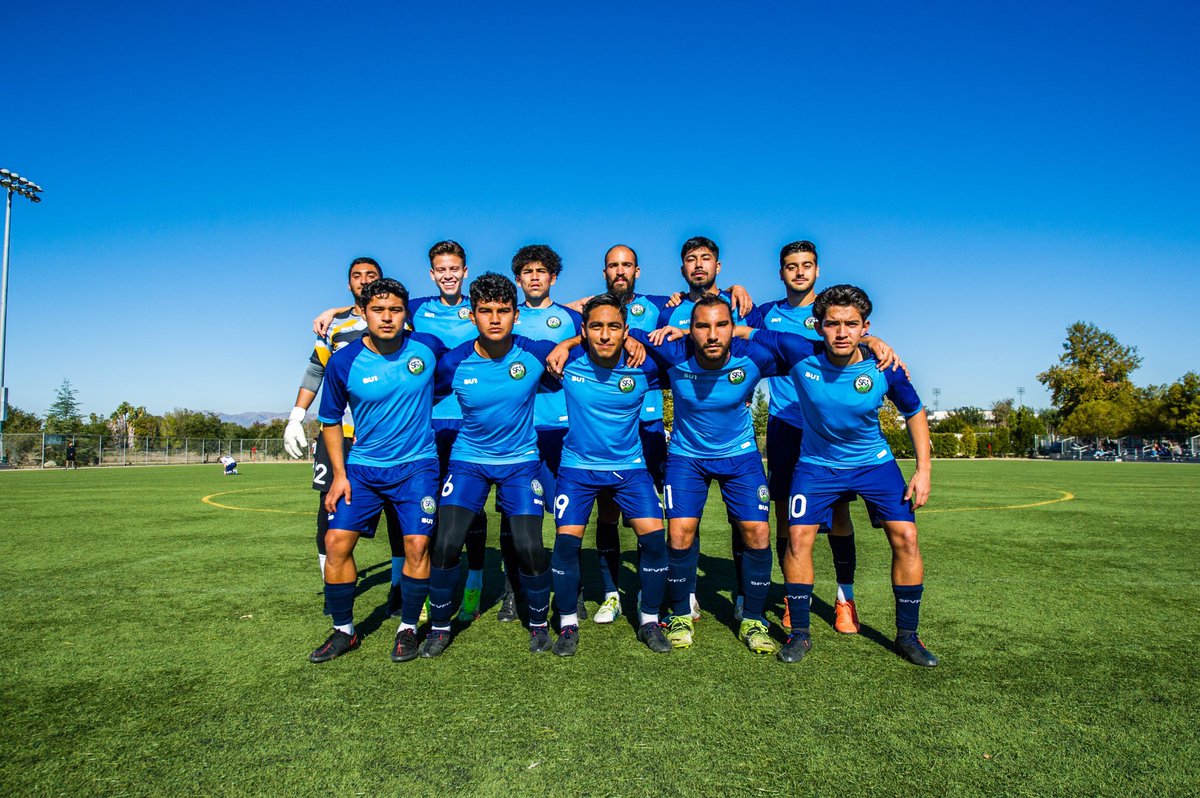 “He saw the same thing I saw: the need to have that connection to the players. Not every player is the same and one coach cannot get to all the players the same,” Cortez said of the budding coaching partnership. “Kyle’s different approach, different personality has been important in the human part and the coaching part, and we complement each other very well. We agree that the way to get the best out of the players is to get to know them.”

San Fernando Valley FC climbed the UPSL SoCal North Division I table during the Fall 2021 season, winning their final five matches to earn promotion to the UPSL SoCal Premier for the first time.

“My message always has been to not get too far ahead of ourselves,” Keenan said. “Just stay humble, stay focused and work for your brothers and the week ahead. It resonates.”

The promotion was a major milestone for the club, which continues to be one of the youngest competing in the UPSL.

“We’re just aligned in our vision of what we want to do [but] it definitely starts with Carlos and Christine behind the scenes,” Keenan admitted. “Their support in this project is so pure that you can feel it. You can feel how much they care about the players as people, and the players know that so it just permeates into the training and into the environment within the team.

With the club’s foundations firmly set, achieving even bigger goals has forced a re-evaluation and the creation of a new way forward.

“Everyone’s got to start somewhere, you know? Then you can build up,” Rivas said.

Cortez’s Valley United under-19 team won the CSL Gold North Bracket back in 2016 with a 9-1-0 record, so they set their eyes on a bigger prize.

When SFV FC won UPSL SoCal North Division I with an unbeaten 9-2-0 record and achieved promotion, it made sense that focus would turn to securing a spot in the U.S. Open Cup proper for the first time in the club’s young history.

Next steps have become necessary for a club that keeps achieving things. In the UPSL, that means winning the SoCal Premier Division and the UPSL National Final. But in terms of the Open Cup, every participant shares the same one-game-at-a-time philosophy.

“Now is the time to dream even bigger,” Cortez said. “We’ve made it here. We can go further now.”