The New England Revolution and influential defender Andrew Farrell are looking to shake off a reputation for falling short in title games as they hunt what would be a second Open Cup in club history.
Frank Dell’ApaMay 19 2022
Open Cup

Through much of the New England Revolution’s history, the club’s been known for falling short in title games. That’s something Andrew Farrell – and a highly talented group of players who won last year’s MLS Supporters’ Shield – are hoping to set right.

Followers might know of the Massachusetts-based Revolution’s 0-for-5 MLS Cup record, but not everyone is aware that losses in the 2001 and 2016 Lamar Hunt U.S. Open Cup Finals bookended the team’s failed post-season bids.

The Revolution did come through with a rare win in the 2007 Open Cup Final, though, and considering the tournament’s long history and the fact that hundreds of teams enter the competition, that should elevate them above, say, the NFL’s Buffalo Bills in the futility sweepstakes. 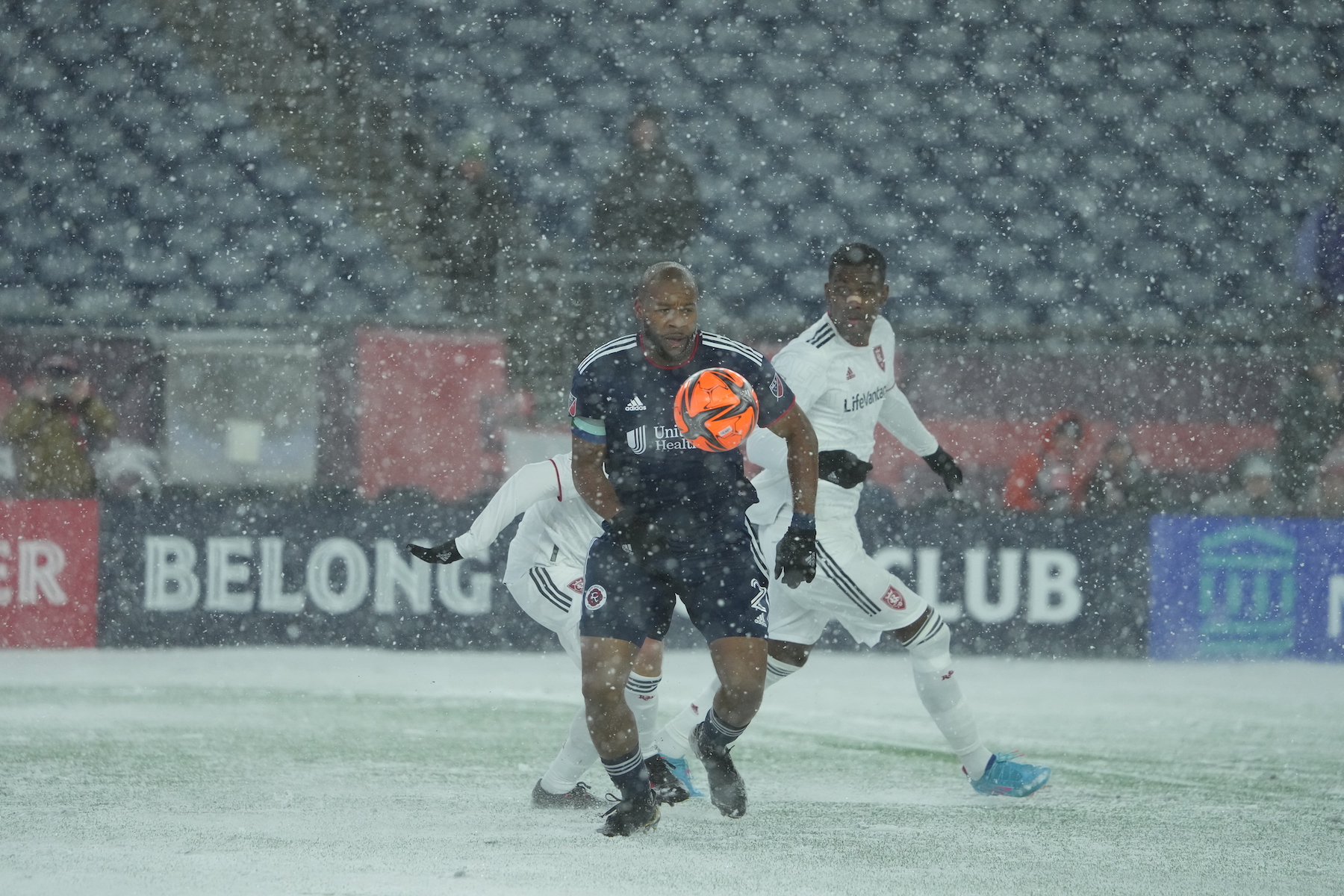 “It’s always disappointing when you lose a final,” said the 30-year-old Farrell, who’s emerged as a steadying force at center back for the Revolution after playing most of his career on the right. “But only one team wins it. We want to win after we were able to lift a trophy, the Supporters’ Shield, last year. To win means a lot and I want to win one [a trophy] before my career’s over.

“We have a good shot at a couple,” added the Kentucky-born Farrell, who played two years of college ball at the University of Louisville.

But it’s been six years since the Revolution reached an Open Cup Final, a 4-2 loss to eventual champions FC Dallas in 2016. The last three years have marked the team’s return to contention, thanks to the opening of a $35 million training facility and the hiring of Bruce Arena as sporting director/head coach.

Recent on-field signings have also changed the equation. There was the investment of more than $18 million in transfer fees for strikers Gustavo Bou ($6.2 million) and Adam Buksa ($4.5 million) as well as Spanish creator Carles Gil ($2 million), last year’s MLS Most Valuable Player. More recent signings like Colombian winger Dylan Borrero ($4.5 million) and Serbian goalkeeper Djordje Petrovic ($1 million) were made with an eye to the mid-term future.

In 2019, the Revolution returned to the MLS playoffs after a three-year absence. The next year, they reached the Eastern Conference finals and, last year, the Revolution were tops in the regular season with a record-breaking 73 points.

Now the Revolution are taking aim at the Open Cup.

They put out a strong squad and opened with a 5-1 victory over FC Cincinnati in the round of 32 – a game which saw Gil score a sensational hat-trick. It’s a result that improved their record in the tournament to 22-17-5 since 1997. Next up is a visit to New York City FC at Belson Stadium in Queens, on the campus of St John's University, on Wednesday. It’s a rematch of last year’s MLS Eastern Conference semifinals.

“I don’t know about a revenge game but they have really good players across the board and they’re a tough matchup,” Farrell told usopencup.com of NYCFC. “We want to knock them out and advance.”

Farrell joined the club as the No. 1 pick in the 2013 MLS SuperDraft, extending a production line of right backs that includes such standouts as Mike Burns, Jay Heaps and Kevin Alston. He’s been in the starting lineup since Opening Day in 2013 and recently broke 2007 Open Cup winner Shalrie Joseph’s team all-competitions appearance record of 305 games.

Farrell’s mobility, confidence on the ball, and one-on-one defending have been crucial to the Revolution’s all-out attacking tactics. Outside backs Brandon Bye and DeJuan Jones are encouraged to join the offense, often leaving the center backs and goalkeeper exposed – with Arena believing his team can keep opponents on the defensive. 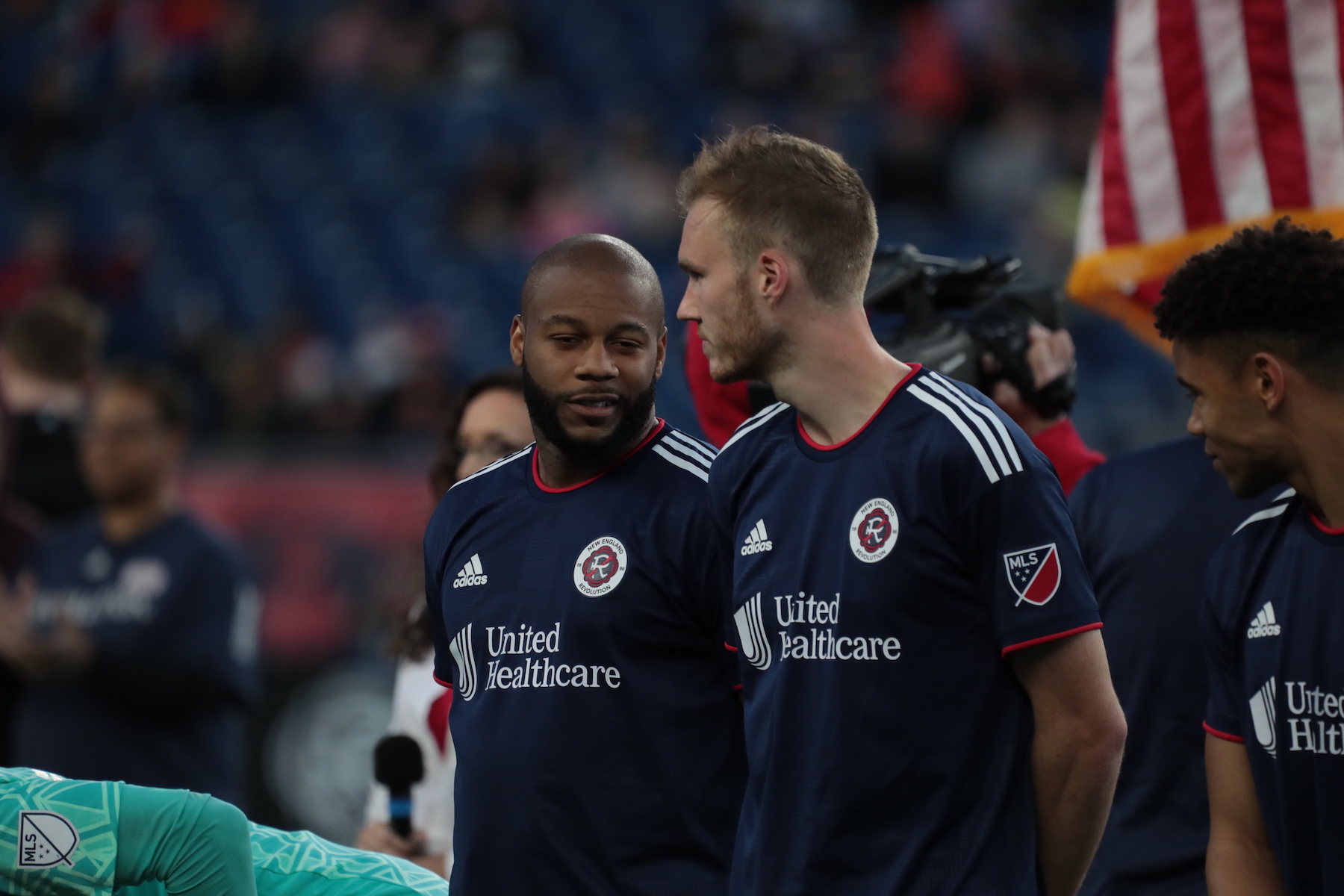 “That’s how we play,” Farrell said. “We have dynamic fullbacks, DeJuan and Brandon pick up that space we want to create in a 4-2-3-1. They’re our kind of whip. So, a lot is on us and [the midfielders]. We’ve got to put out the fires. That’s how we’re going to play, that’s not going to change, and it adds so much to our attack. We were scoring two goals a game [last season], so we just have to keep getting better at putting out the fires.”

Statistics indicate Farrell has improved positioning-wise and also in anticipating attacks. In the Revolution’s first 11 games of this regular season, he committed only three fouls (one caution), exceptionally low numbers for a defender who is often exposed to one-on-one situations. Farrell and back line partner Henry Kessler have set a physical-but-clean-tackling tone for the Revolution defense, totaling seven fouls committed (four cautions) – low compared to center backs at D.C. United (32 fouls, four cautions) and the New York Red Bulls (28 fouls, four cautions).

“I think it’s important in that position, you have to have that chemistry and communicate,” Farrell said. “You have to know what kind of style your partner plays. You can throw two good center backs together, but it’s how they play off each other. With Henry, and with Brandon and DeJuan, we have chemistry and we understand how each other plays. No matter who plays there, we have to keep growing.”

The Revolution’s high octane go-for-goal tactics paid off last season with a league-leading 65 goals (1.91 per game). Though the Revolution got off to a slow start this year, struggling in extreme weather conditions at home, there are indications that this is a team that can contend for championships.

A Duo of Finals for Farrell

“Hopefully, we can get things going in the regular season,” Farrell added. “We had a great season last year and we were in control of home games all the way through to the final, but we couldn’t pull it off.” 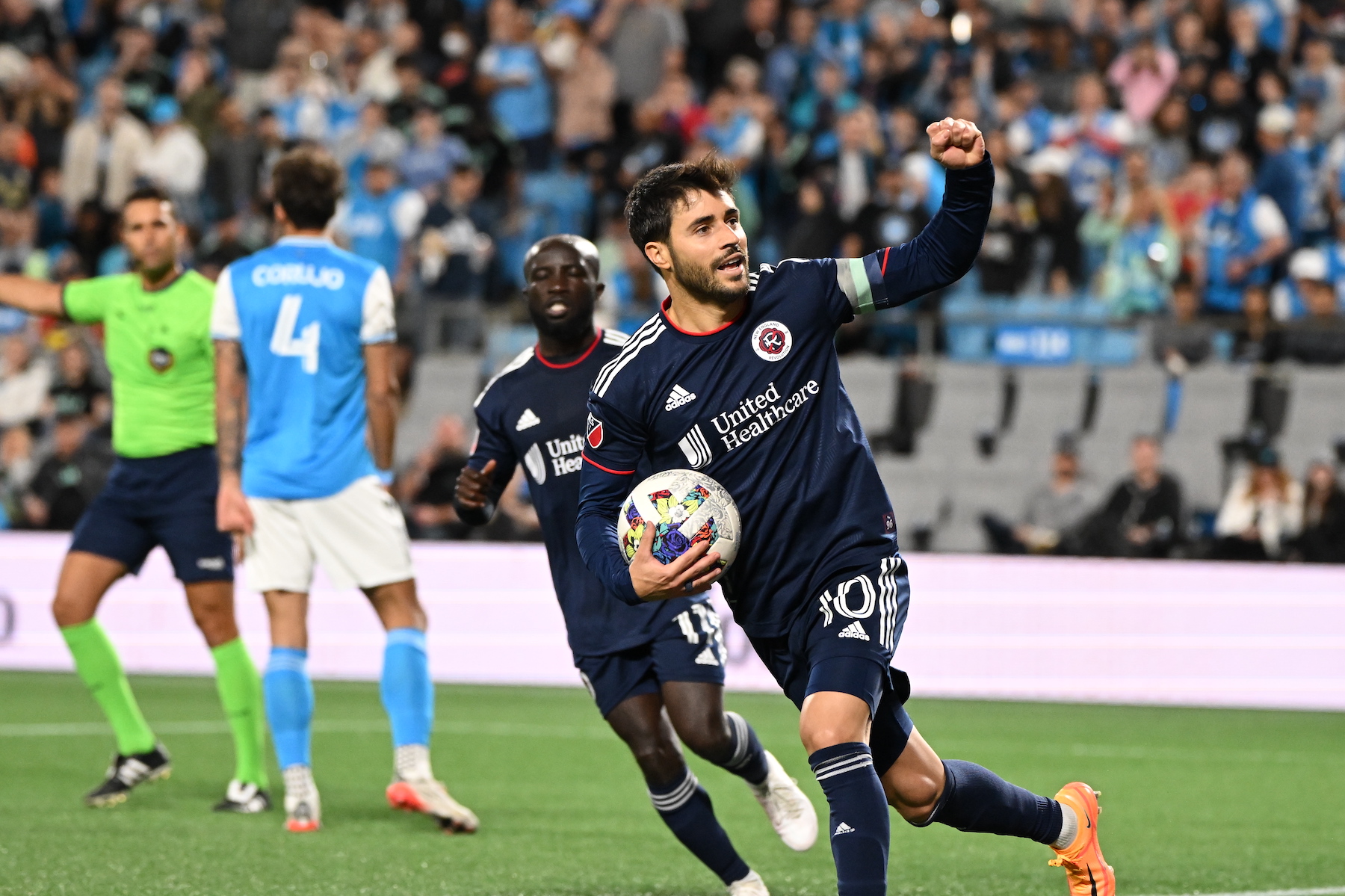 Arena added striker Jozy Altidore, plus former Los Angeles Galaxy stars Omar Gonzalez and Sebastian Lletget in a bid to make a run in both the CONCACAF Champions League and the Open Cup this year. But the Revolution were eliminated via shootout by UNAM Pumas in the CCL and have struggled with a crowded schedule since.

“Bruce [Arena] wins trophies, and that’s the move the Krafts [Owner, Jonathan and Robert] did,” Farrell said about the Revs’ former U.S. Men’s National Team coach and 1996 Open Cup winner with D.C. United. “He’s been successful so far and he and all the players want to put it all together and win one.

“I think the message is clear when you hire a guy like Bruce and give him money to make moves and bring national team guys and veteran guys together to give him the roster he wants,” Farrell continued. “Robert and Jonathan care about winning. That’s what they do and enjoy doing and we need to up the ante.”

Farrell, a player who’s gotten better with age, appreciates the inclusive spirit of the Open Cup.

“It’s cool how a lot of different levels of soccer can compete for this trophy,” he said. “I’m happy it’s back. It’s a cool experience to play in venues that teams don’t normally get to play in. I missed it the last two years [the tournament paused due to Covid-19].

“It’s an opportunity to change the mentality a little bit, from the regular season where you’re accumulating points to a one-off game,” Farrell continued. “It gets you ready for the playoffs, gets you the right mentality.

“I love playing, no matter what the situation may be, whether it’s practice or the MLS Cup final, or a playoff. A lot of people don’t get to do this, or do this for a living,” concluded Farrell, who, like the rest of the Revs organization and their long-suffering fanbase, is itching for some hardware to confirm the improvements of recent years.  “As long as I get to do it I’m going to keep playing.”