Whenever the Nealis brothers get together at their parents’ home in Massapequa, New York, there’s a pretty good chance some sort of competition will break out.

And it probably won’t be a friendly encounter. After all, it's in their DNA.

Two of the four, Sean and Dylan, patrol the backline for the New York Red Bulls. But they’ll still tussle with older siblings, Jimmy and Conor, whenever the opportunity arises. Back when they were kids, whether it was soccer, basketball or another sport, Dylan said the games were always "super competitive.”

"In my DNA I hate losing," added. "You play against your brothers; you hate losing even more. It's bragging rights at dinner that night. It's bragging rights the rest of the week. When you see each other in the house, you just remind them, 'Hey, remember when I beat you in the backyard?' It's just a constant rivalry that goes back and forth. It only propelled our careers and helped us in the long run."

Those battles helped the brothers raise their level in high school, college and now the pros.

"You kind of get an innate competitive instinct that you can't really teach," Sean said. "It was good to have that instilled in us. In practices here [with] the Red Bulls, I just have a different gear and a different drive – kind of wanting to win in everything we do."

Being the youngest of the four helped Dylan when he played against older and larger players in high school and college.

"Whether Sean, Connor or Jimmy had practices I always wanted to be involved," said the baby of the family, not short of mentors or role models. "I thought if I can get acclimated with an older age group at a young age, it would only help me." 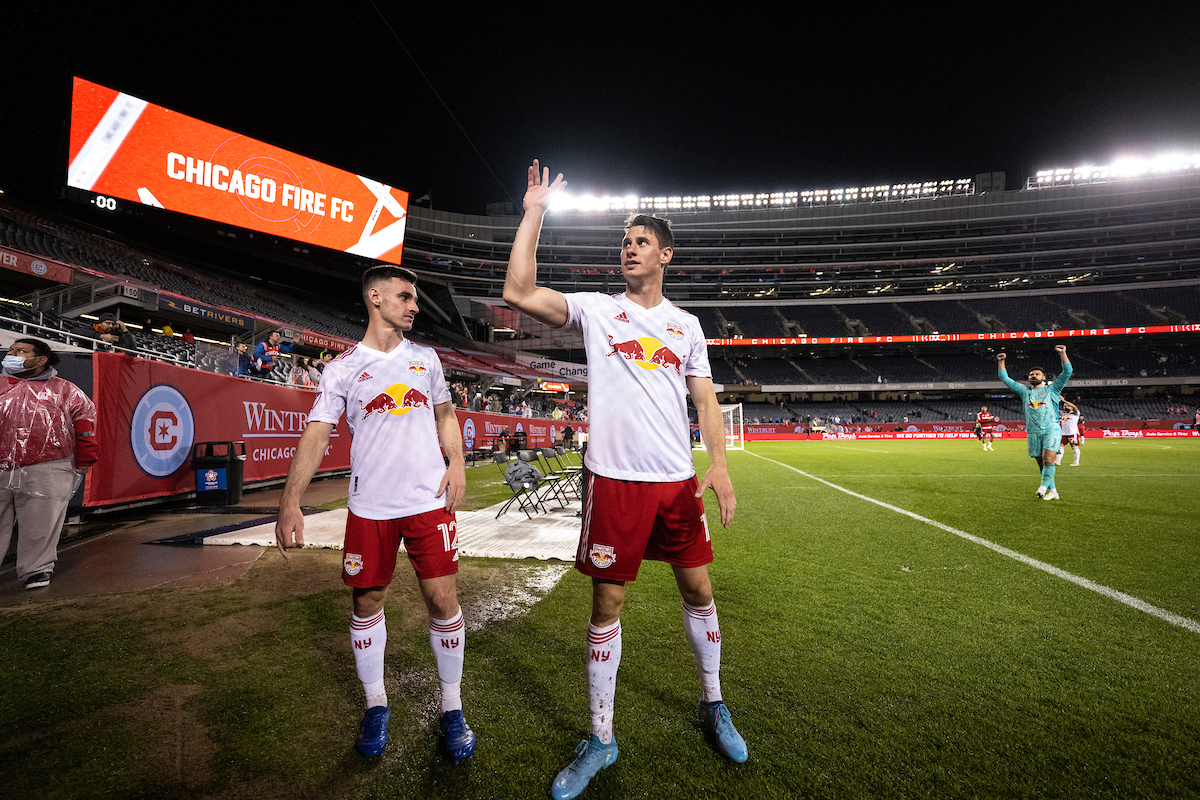 Dylan and Sean after a game against the Chicago Fire

That formative competitiveness at family gatherings is toned down a bit these days.

"We’re kind of getting old and we want to limit injury," Sean admitted. “There's still a little bit of smack-talk if a game of ping pong or something is on the table."

It’s that drive that’s helped the Red Bulls advance to the Round of 16 in the Lamar Hunt U.S. Open Cup. They’ll host fellow Major League Soccer outfit Charlotte FC at Red Bull Arena on Wednesday, May 25 at 8 p.m. ET (LIVE on ESPN+).

In chronological order, a quick biographical look at the brothers:

The brothers grew up in the soccer-saturated town of Massapequa, N.Y. They played for the Massapequa Soccer Club, one of the oldest youth clubs in the United States, which celebrated its 50th anniversary last year. Among the club’s founding fathers were a pair of National Soccer Hall of Fame members – one-time Cosmos head coach Gordon Bradley and Joe Maca, who played for the U.S. Men's National Team that shocked England at the 1950 World Cup in Brazil. 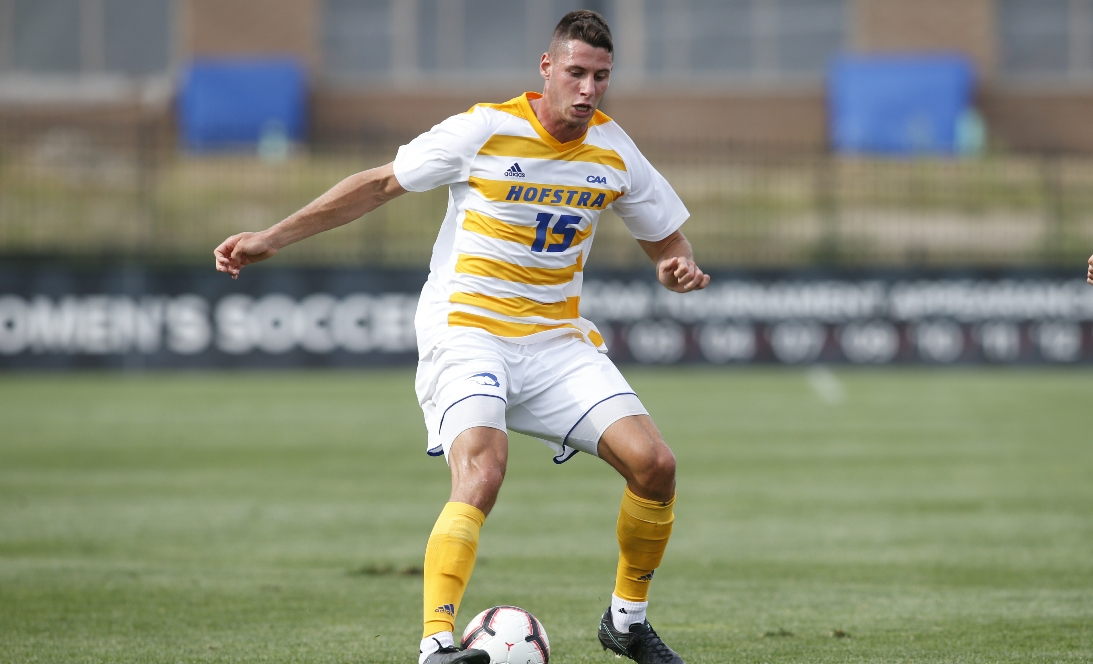 "Just very thankful that I played there," Sean said. “I stayed there all my youth career and I had a lot of great coaches and great trainers. Friends for life…It was great playing for them."

Dylan agreed. "We were lucky. It's such a soccer-rich environment where it was super competitive."

This isn't the first time the Nealis brothers have played together on the same team. They were members of the Massapequa High School team that won the New York State Class AA championship in 2012. Dylan was named tournament MVP, and the two connected for winning goals in the semifinals and final. They also played on the high school basketball team. 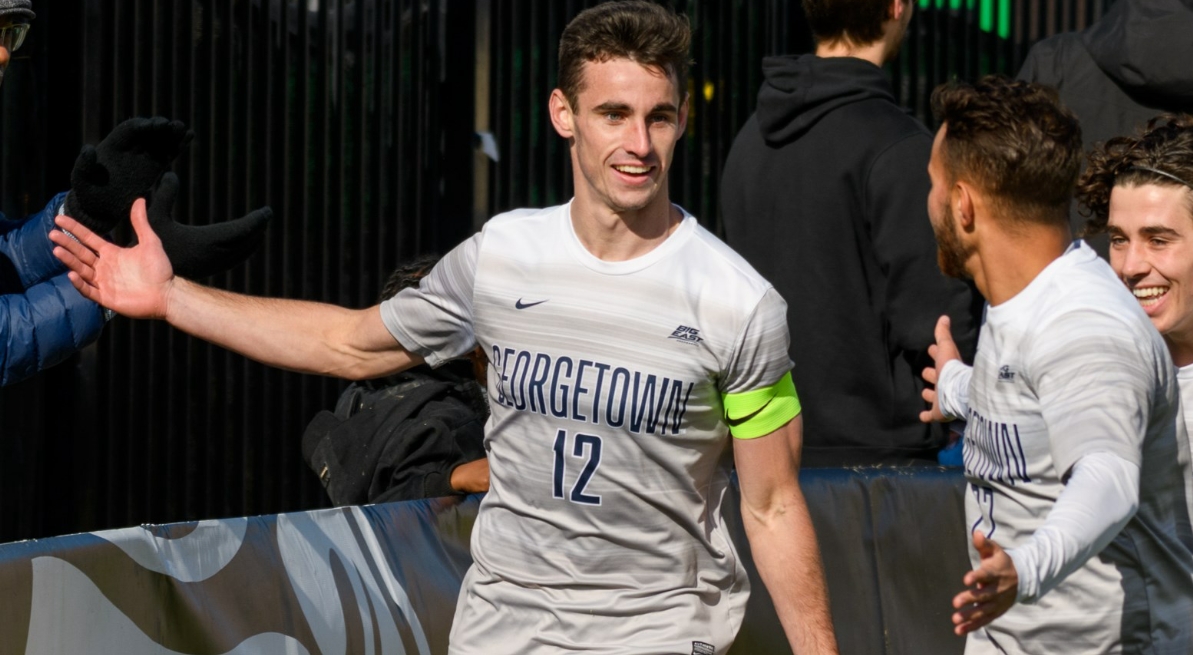 Dylan in his Georgetown days

They’ve played together so much that they say they can read each other's minds.

"It's almost like telepathy," Dylan said. "We know each other's moves, next moves. If he makes a mistake, I'll have his back. If I make a mistake, he has mine. I think it will only improve as this year goes on."

Added Sean: "It's a comfort. Kind of like a sixth sense."

The Red Bulls have produced one of the most unusual starts to a season in MLS’ 27-year history. Entering Sunday's game at Inter Miami, they were winless at Red Bull Arena (0-2-4) but undefeated on the road (5-0-1). They also won both of their Open Cup matches away from home.

"On the road we have a little more adversity and a little more of an edge," said Sean. "When we're at home we're a little more comfortable and a little laid back. We have to switch into that next gear that we're accustomed to on the road. When teams come into Red Bull Arena, they’ve sat back a little bit and almost played for the transition – to see if we can beat them with our own style.

“I think this week we have a chance to fix that," added Sean.

"Teams are coming into Red Bull Arena thinking they can get some points,” said Dylan, who played with Nashville SC last year. “If we can fix our mentality in our home games and make teams fear coming to Red Bull Arena, come playoff time, it won’t matter to us whether it is a home game or an away game.” 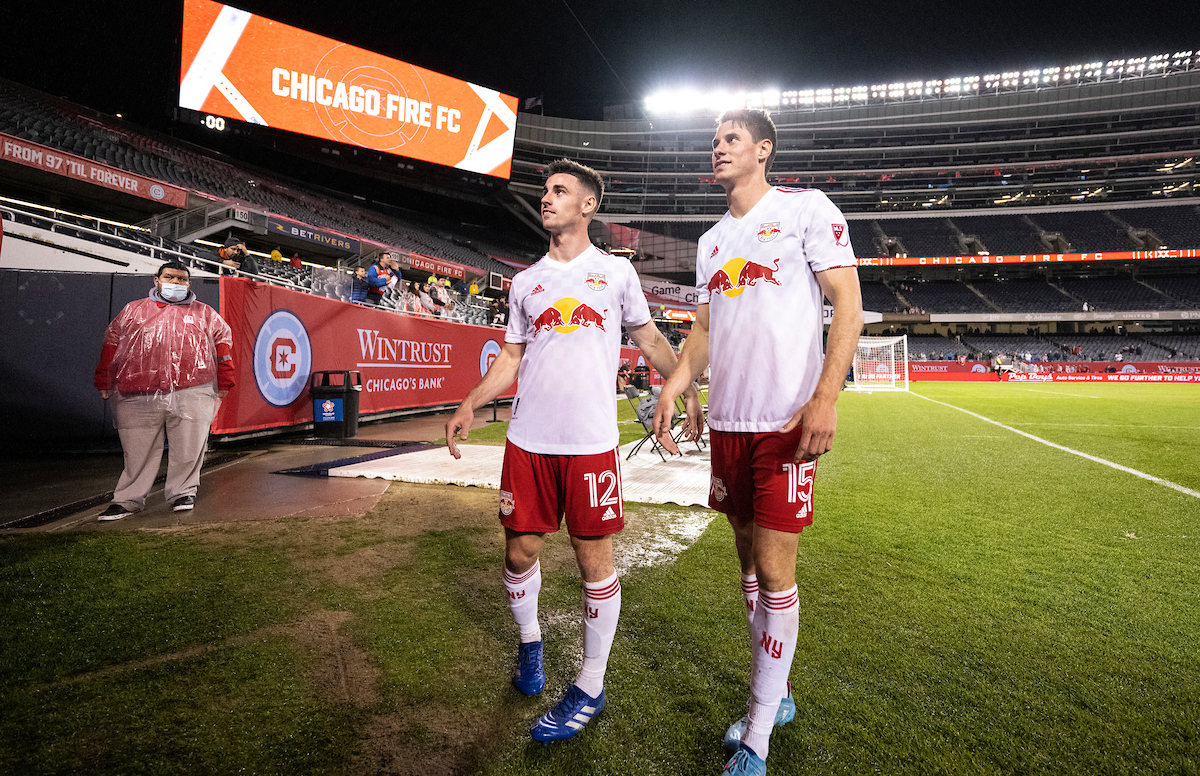 While it’s not a league game, the Red Bulls will have an opportunity to win their first at home across all competitions when they host Charlotte FC in the Cup.

Both teams are coming off impressive wins in the tournament, the country’s oldest soccer competition.

Sean has his sights set on winning the Open Cup. The Red Bulls have never taken a victory lap with the old trophy, losing in the 2003 and 2017 Finals to the Chicago Fire and Sporting Kansas City respectively.

"That's pivotal for us," Sean said about his ambitions. "We want to win badly."

If the Red Bulls can lift the Cup, it would be “a big milestone for the fans, for everybody here – employees, players and coaches,” Sean added. “It also puts us in the [Concacaf] Champions League…We have a chance to make history."

Both Red Bulls captain Aaron Long and goalkeeper Ryan Meara, who know what it’s like to come up just shy of hoisting the Cup, have talked to their teammates about the 2017 Final.

"Those two guys are just stressing the importance of how fun this could be if we do go all the way," Dylan said. "It's our first home game in the Open Cup and maybe the ticket to jump-starting our home form. You can tell from the lineups we've put out we're taking this tournament completely seriously.

“It's a trophy to chase,” concluded Dylan, forged, like all the Nealis boys, in the fire of family competition and solidarity. “We're not backing down from lifting a trophy."