The Third Qualifying Round of the 2023 U.S. Open Cup saw 18 teams move through to next month’s Fourth and Final Round – with some stellar performances from frontrunners Lansdowne Yonkers, Club de Lyon of Florida and Inter San Francisco.
Jonah FontelaNovember 21 2022
Open Cup

The Third Qualifying Round of the 2023 Lamar Hunt U.S. Open Cup had a little of everything. Orange County FC and Beaman United FC survived goal-littered thrillers while Lansdowne Yonkers and Inter San Francisco continued their imperious form heading into the Fourth and Final Round – where nine places in next year’s Open Cup Proper are on offer to the winners.

Join usopencup.com for a look back at all the Third Round action from across the country.

The rout, which was played at the Bhoys’ home field at Tibbetts Brook Park, saw the Yonkers side (who’ve scored 12 goals in three games) concede their first goal of Qualifying. But the result was never really in any doubt as Jamaican-born Shawn Genus led the way with a brace.

The third competitor from the Empire State, IASC Boom, saw their campaign come to an end in New Jersey. A late winner forced a 2-1 result for SC Vistula Garfield, who now move on to the Final Round. 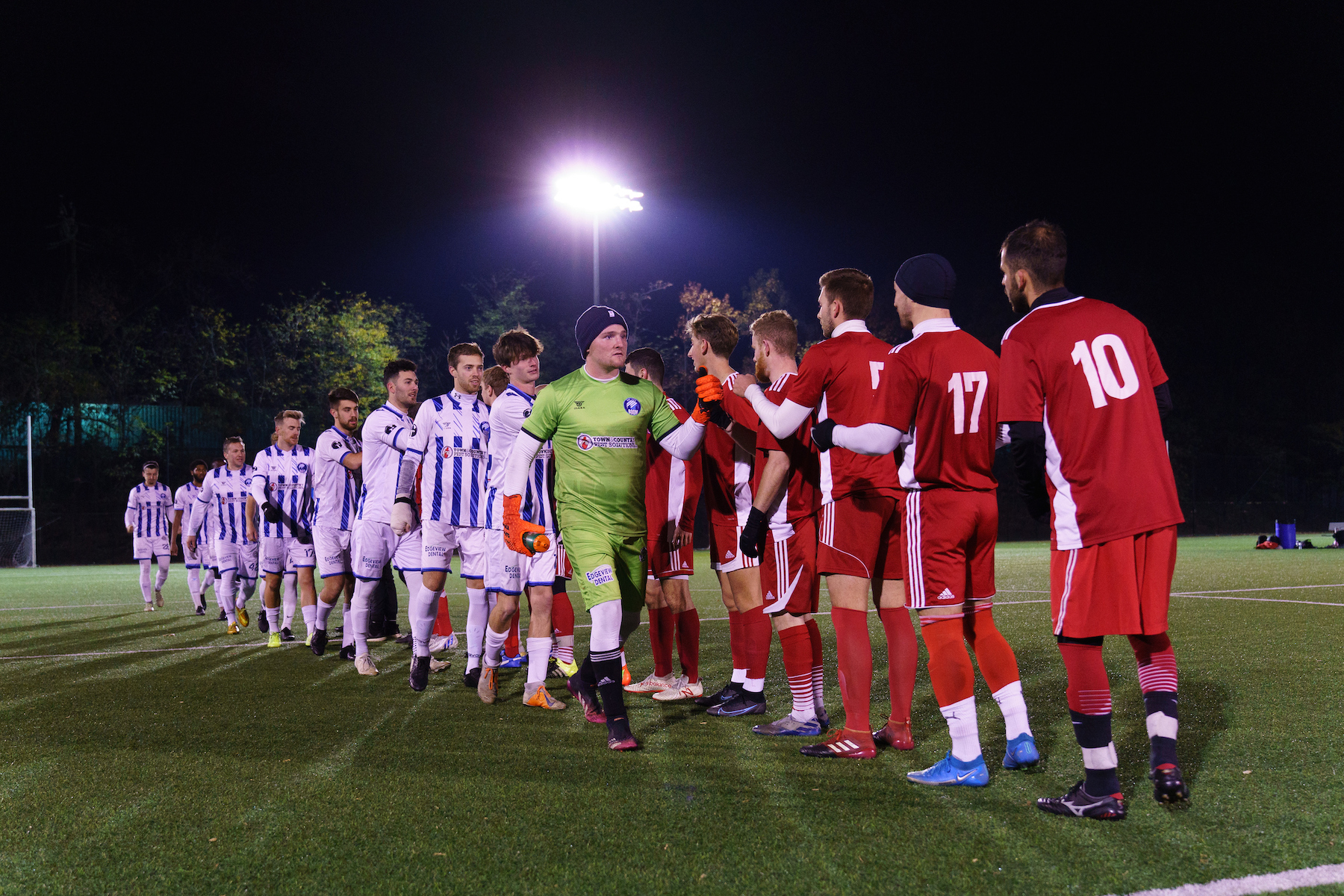 Brockton United FC – aiming to reach their second U.S. Open Cup Proper on the trot – poured it on against Unations of Worcester in the only Third Round Qualifier played in Massachusetts. Antonio Correia scored twice in a contest that was tighter than the final 5-2 scoreline suggests.

Other results in the eastern part of the schedule saw NoVa FC, out of Leesburg, Virginia, win a tense one against DCFC (1-0) and West Chester United SC, three-time Open Cup Proper participants, end historic Vereinigung Erzgebirge’s stretch of home joy in Warminster, Pennsylvania with a resounding 4-0 result.

There were the three games down in Florida, where the recently concluded 2022 Lamar Hunt U.S. Open Cup Final saw local

Club de Lyon, who’ve yet to score fewer than three goals in a 2023 Qualifying game, kept up the sizzling form with a 4-2 win over Florida Premier. Nearby, regular Open Cup participants Miami United FC beat Soccer City by a slimmer 3-2 scoreline in an end-to-end affair that could have, in truth, gone either way.

The third of the Sunshine Staters through to the Final Round of Qualifying are Naples City FC, who skipped the tension and wide-open thrills for a comfortable 3-0 win over Miami Soccer Academy. 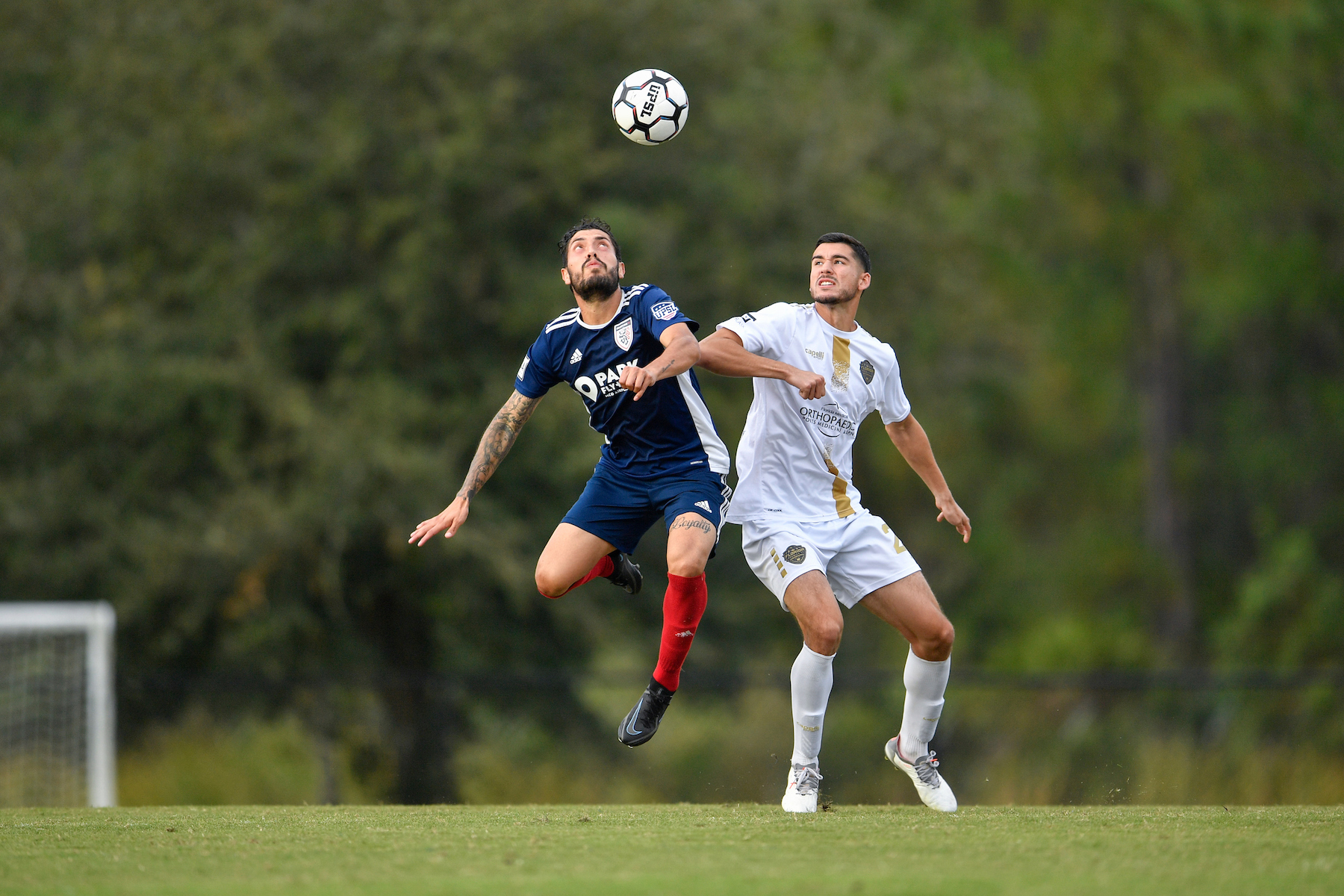 Club de Lyon moved through with another win in Florida

Chicago House AC, the latest club started by four-time Open Cup-winning executive Peter Wilt, traveled to Indiana to take on Metro Louisville. And the Chicago men, who started life as a pro club in 2020, returned home with a 2-1 win thanks to scorers Seo-in Kim and Jedidiah Mccloud.

🚨🏠 House ADVANCES to the final round of @opencup qualifiers with a 2-1 win over @MetroLouFC ! Goals by @seoseoeggy and @JedidiahMccloud. Thank you to ALL the fans who made the road trip and streamed online. You made the difference 🧡💚 pic.twitter.com/vgKoFpO6Gu

BattleBorn FC of Nevada suffered against the ten men of Legend Football Gold in the Pacific Northwest, but managed to seal their place in the Final Qualifying Round with a spot kick on the half hour mark.

Athletic Club of Sloan’s Lake  – making a name for themselves in Colorado’s amateur scene – had to shovel snow from the field before losing out 4-1 to traditional Denver-area powers Azteca FC.

In California, Capo FC went through via forfeit as Desert FC didn't have enough players available to field a team. There were also player availability issues in the Bay Area, where Inter San Francisco – with 14 goals scored in three games (and zero conceded) – made easy meat of a short-handed Davis Legacy (5-0) who managed, to their enduring credit, to hold their hosts scoreless for an hour. 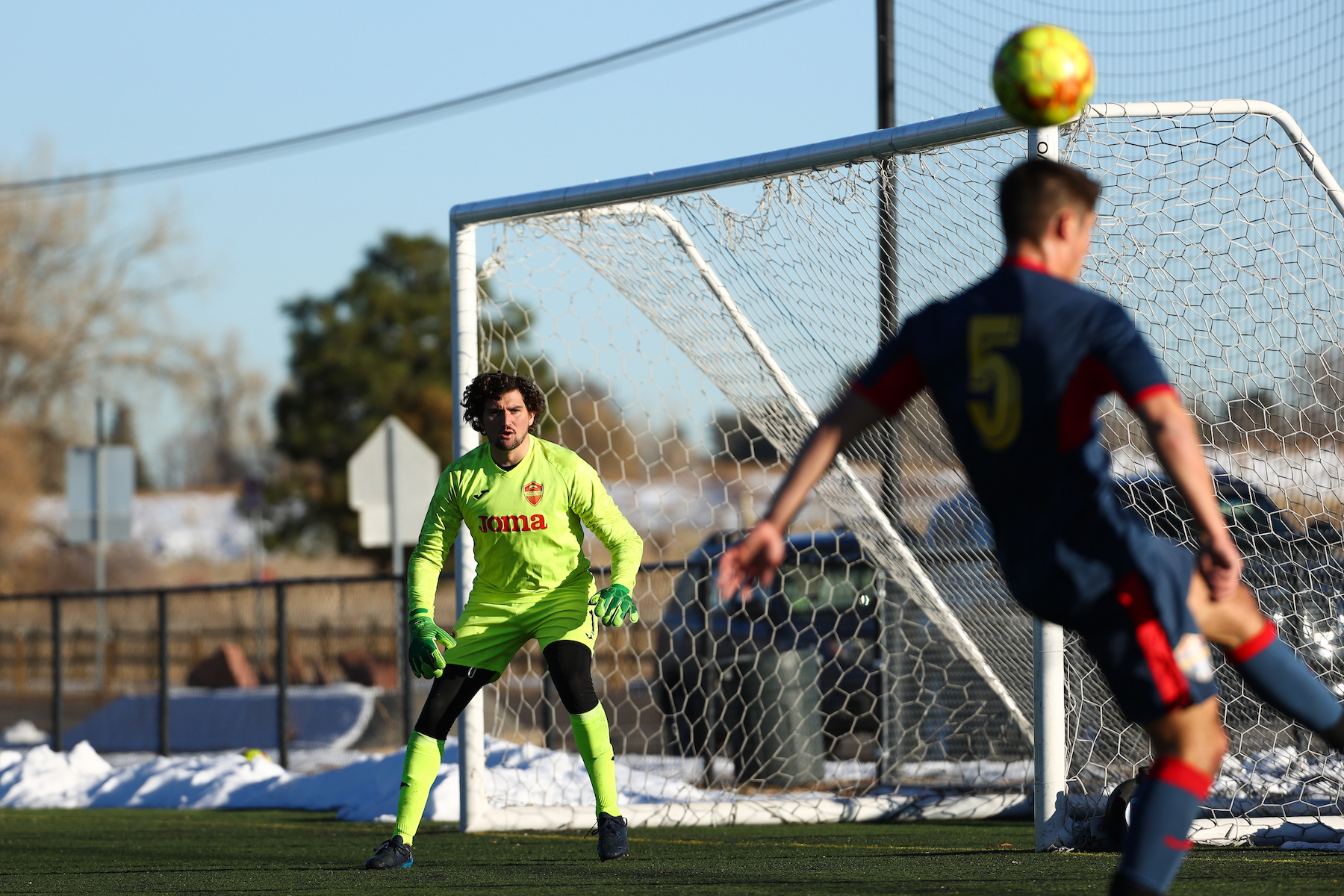 Inter’s Matt Fondy, the former Chicago Fire striker and Open Cup Semifinalist, rounded out the scoring against a Legacy side that started with nine players and finished the game with eight.

Things got a little hot down in Texas, where Dallas’ D’Feeters Kicks Soccer Club won out 2-0 despite the referee halting the game in the 75th minute due to indiscipline among the D10 Lions players. 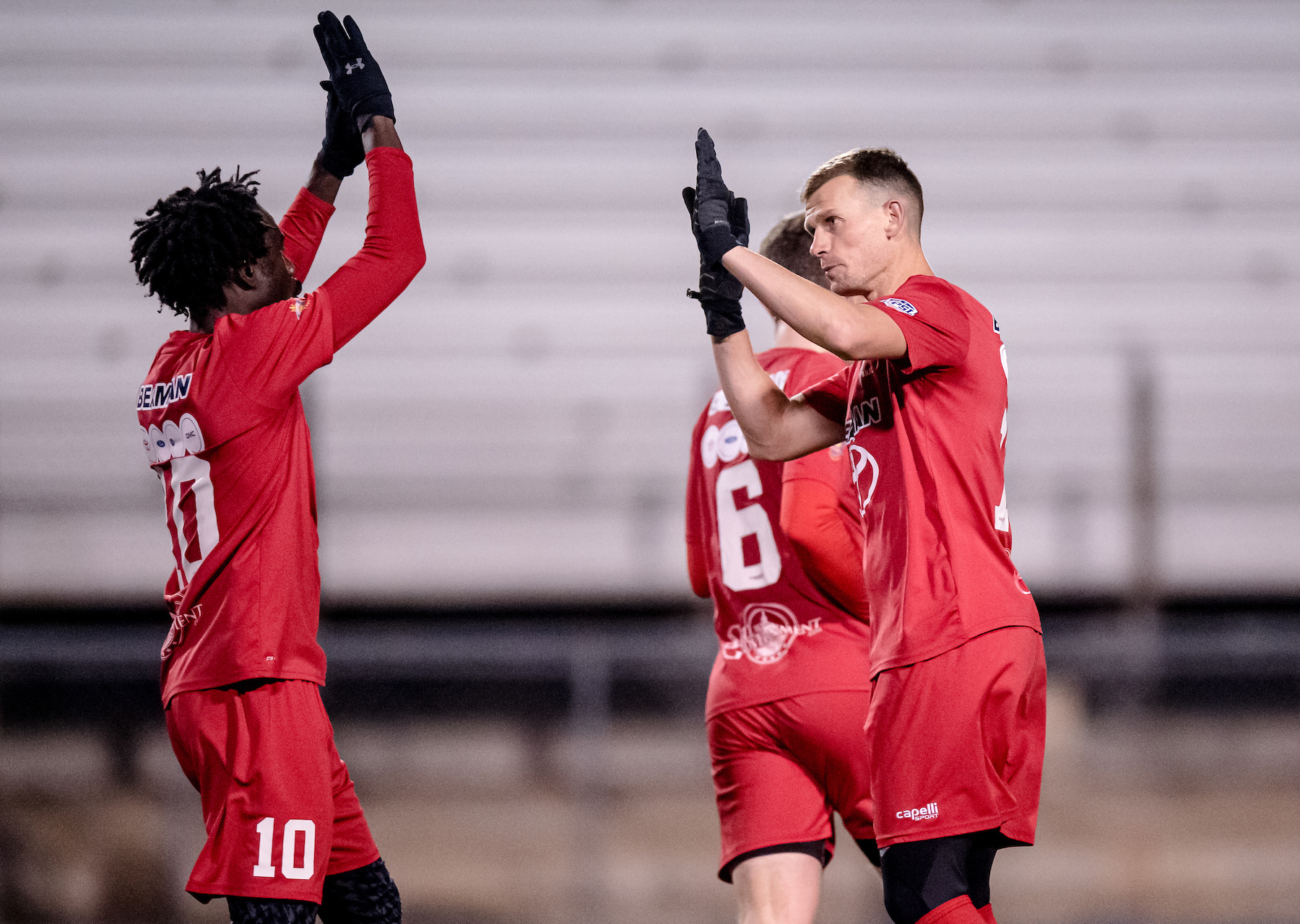 Beaman United were pushed all the way by Kalonji Pro-Profile

And finally, there was pulse-pounding excitement in two games with approximately 3000 miles of America between them.

Beaman United FC needed penalties (4-3) to beat Kalonji Pro-Profile in Georgia, despite the hosts’ goalkeeper scoring a dramatic equalizer to make it 4-4 deep into extra-time. And over in California, reigning UPSL champions and 2019 Open Cup giant-killers, Orange County FC, were taken to extra-time (3-3 after regulation) after Escondido FC had been reduced to ten players.

Extra time, predictably, didn’t go well for the visitors from Escondido and OCFC wound up winning out big (7-3) with Montes de Oca nabbing a sumptuous hat-trick.

These 18 winners from the Third Round now move on to the Fourth (and Final) Round from December 17-18. The nine Open Division slots earmarked for the Open Cup Proper, beginning in March of 2023, will be filled by the Final Qualifying Round victors. 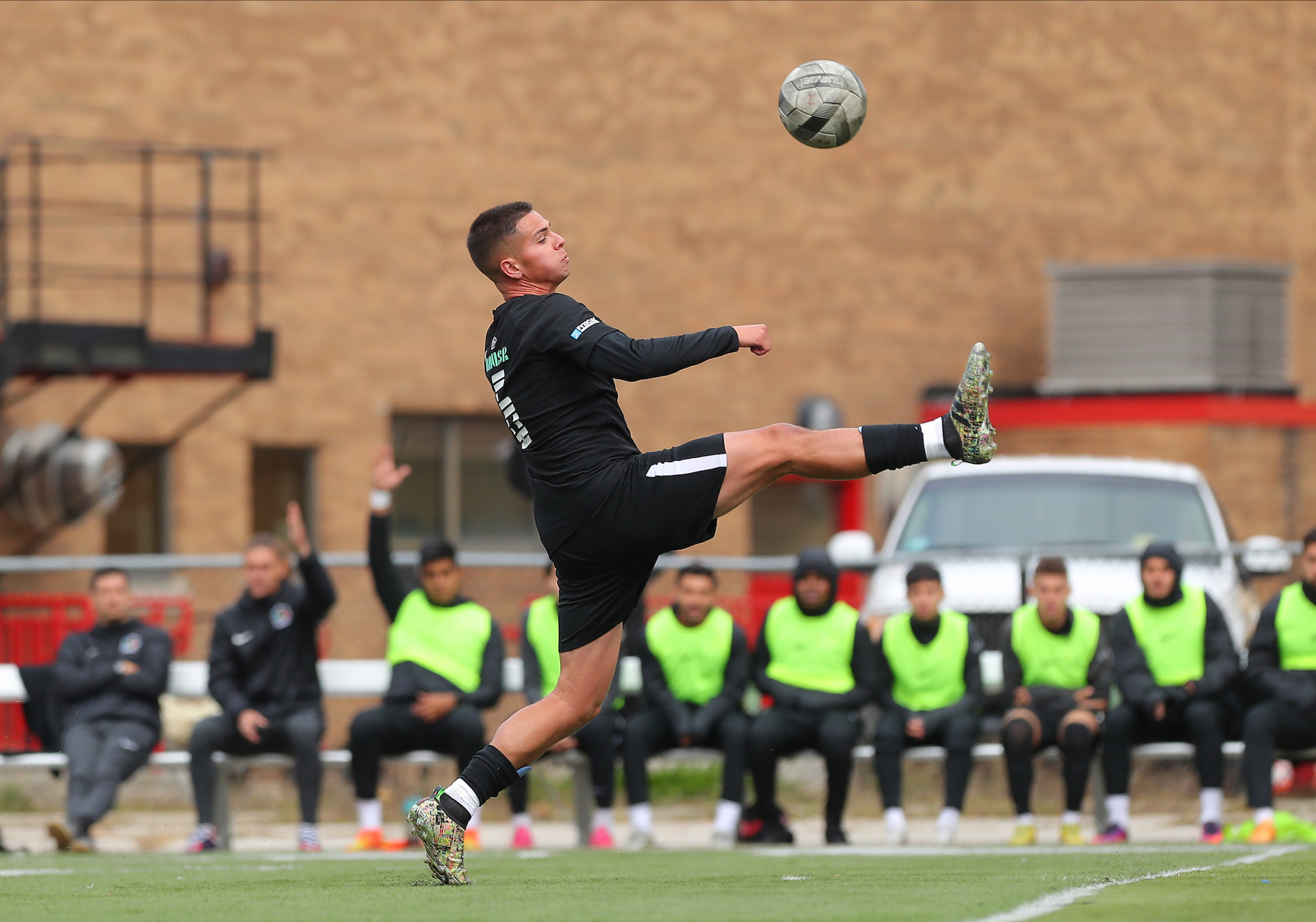