The Board of Directors of U.S. Soccer is the governing board of the Federation in accordance with the Amateur Sports Act of 1978. Consisting of elected members representing all facets of soccer in the United States, the Board administers the affairs of the Federation between meetings of the National Council. 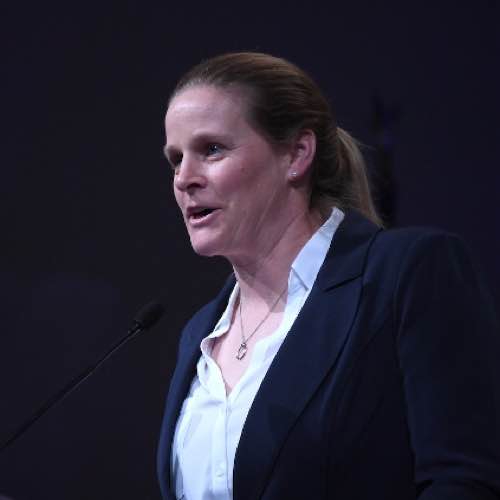 U.S. Soccer's first woman president, Parlow Cone played for the U.S. Women’s National Team from 1996-2004 and was a member of the historic 1999 FIFA Women’s World Cup championship team. She also won two Olympic gold medals (1996, 2004) in a career that spanned 158 caps and saw her score 75 international goals, which is eighth all-time in U.S. history.  During the past 20 years, she has served on U.S. Soccer’s Referee Committee, Medical Advisory Committee, Appeals Committee and the Athletes’ Council as well as more recently with U.S. Soccer’s Youth Task Force. 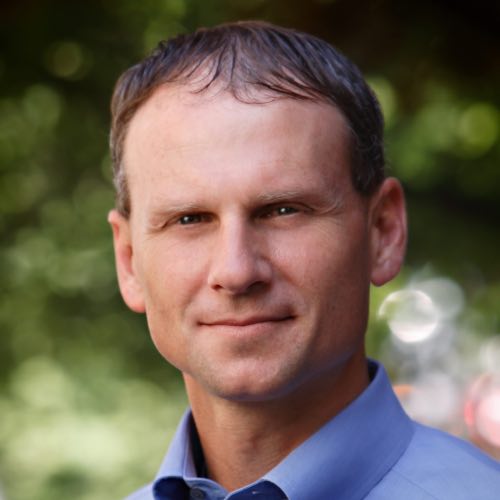 While serving in US Youth Soccer as the President of Idaho Youth Soccer Association for the last 10 years as well as the Chairman of the USYS Organizational Growth Committee, Taylor has never been more encouraged to see the opportunity to united U.S. Soccer membership in a way that will grow the sport. For too long, U.S. Soccer membership has been circling the same conversation and it’s time to think of new collaborative ways to move forward as a country. He looks forward to bringing his years of experience in his professional career, coaching background, state and national soccer leadership roles to the VP of US Soccer.

A stalwart on the U.S. Men’s National Team, Carlos Bocanegra earned 110 caps from 2001-2012. After serving many years as team captain, Bocanegra’s leadership skills helped him to transition from a successful playing career to a successful career as an administrator when he became Technical Director of Major League Soccer expansion team Atlanta United in 2015. As a player, Bocanegra was a member of the U.S. MNT that competed at the 2006 and 2010 FIFA World Cups, and was captain during the U.S. victory against No.-1 ranked Spain at the 2009 FIFA Confederations Cup. As Technical Director, Bocanegra’s Atlanta United debuted in Major League Soccer in 2017, reaching the playoffs that same year and winning MLS Cup 2018 in only its second season.

Lori Lindsey was a member of the U.S. WNT that competed in the 2011 FIFA Women’s World Cup in Germany, and was an alternate for the 2012 Olympic Games in London. Lindsey worked her way up to the full U.S. WNT after being a member of the U.S. U-16, U-17 and U-21 Women’s National Teams, including the U-21 team that won the 2001 Nordic Cup in Norway. Lindsey is currently a performance coach at Lori Lindsey Performance, and also served as a commentator for National Women’s Soccer League games on go90 and the NWSL website in 2018.

A member of the U.S. Para 7-a-side National Team from 2006-2016, Chris Ahrens was a member of the U.S. team that qualified for the London 2012 Paralympic Games. Ahrens is an Adapted Physical Education Teacher for the San Diego Unified School District and head coach at Crusaders Soccer Club.

Lisa Baird was named commissioner of the National Women’s Soccer League in February 2020 and is responsible for overseeing all operations for the league with a focus on growing revenues and audience while elevating the profile of the league globally. Most recently, she served as the chief marketing officer for New York Public Radio, a position she had held since 2018. Prior to her time with WNYC, Baird spent nearly a decade as the chief marketing officer of the United States Olympic & Paralympic Committee. In nine years on the job, Baird broadened and reshaped the USOPC’s marketing arm, facilitated nearly $1 billion in partnership agreements and increased sponsorship royalties by more than 30 percent. From 2005-2007, Baird served as senior vice president of marketing and consumer products for the National Football League, where she directed the league's consumer products, direct marketing, e-commerce, entertainment marketing, and advertising programs. From 1999-2005, Baird worked at IBM, first as vice president of advertising and then as senior vice president, worldwide marketing communications. From 1996-1999, Baird held a series of marketing positions at General Motors, including serving as chief creative officer of e-GM. Prior to that, she worked in positions with leading consumer products companies, including Warner Lambert, Johnson & Johnson, and Procter & Gamble. Baird received her BA and MBA from Penn State University and serves on the Board of Directors for USA Technologies, Fox Racing and Elite Sportswear.

Don Garber was named Commissioner of Major League Soccer in 1999. During his tenure, MLS has expanded from 10 to 27 clubs, added 23 new owners and secured long-term broadcast agreements with major domestic and international broadcasters. Garber has also led efforts to develop soccer stadiums across the United States with more soccer venues due to open in the next few years. In 2002, Garber created Soccer United Marketing (SUM), an affiliate of MLS and one of the world’s leading commercial and media soccer companies. SUM represents a wide variety of soccer properties, including Concacaf, the United States Soccer Federation and the Mexican Soccer Federation. Prior to joining MLS, Garber spent 16 years in a variety of sales, marketing, programming and event management positions at the National Football League. In 1996, he launched NFL International, a division that was responsible for all aspects of the NFL’s business outside the United States.

Juan Uro, a Partner at Ernst & Young with deep expertise in corporate strategy, growth strategy, capital allocation, operating model, operational improvement, governance and organizational design was elected as an Independent Director to the U.S. Soccer Board of Directors during the 2020 National Council Meeting. He specializes in advising CEOs, Boards, CFOs and other C-suite executives on strategy, corporate finance, operations issues. He has over 20 years of management consulting experience with companies across many sectors (media, financial services, consumer products and healthcare) and geographies (North America, Europe, Asia, and Latin America).

Lisa Carnoy was elected to the U.S. Soccer Board of Directors as an Independent Director in 2017. Carnoy is the Chief Financial Officer at global consulting firm AlixPartners, after 23 yeas at Bank of America Merrill Lynch. Carnoy earned an MBA from Harvard Business School and a bachelor’s degree cum laude from Columbia University. She became co-chair of the Columbia University Board of Trustees in September 2018. She has been a passionate advocate for diversity, co-founding several organizations including the Women’s Leadership Council at Bank of America and both the Women’s Leadership Council for Athletics and the Dean’s Advisory Council at Columbia. She also serves on the boards of the United Way of New York City, and the Rodeph Sholom School.

Patti Hart has served as Chief Executive Officer of International Game Technology since April 2009. Before joining IGT, she was the Chairman and CEO of Pinnacle Systems Inc. from 2004 to 2005, and of Excite@Home Inc. from 2001 to 2002. Hart was previously Chairman and CEO of Telocity, Inc. and held various executive positions at the Sprint Corporation from 1986 to 1999, including President and COO of Sprint’s Long Distance Division. She was named on Fortune’s inaugural list of “Most Powerful Women” in 1998.