On April 10, 2017, soccer’s governing bodies in Canada, Mexico and the United States came together in New York City to announce their United Bid to host the 2026 FIFA World Cup in North America. On Tuesday – exactly 365 days later – FIFA’s 2026 Bid Evaluation Task Force began its technical tour of the three nations by visiting Mexico City – the first of four United Bid Candidate Host Cities which the group will assess during their trip.

Plaza de la Constitución or Zócalo is a proposed FIFA Fan Fest location in Mexico City. This historic square has been a gathering place since the Aztec times and can support more than 60,000 football fans. Check it out. #FIFATour2026 #Opportunity2026🇨🇦🇲🇽🇺🇸 pic.twitter.com/MQmzuR44SQ

Zócalo is considered the heart of Mexico City, and has been a gathering place since the Aztec times, more recently having hosted public viewings of events including the 2014 FIFA World Cup and the Major League Baseball Series Festival in 2016.

Today’s #FIFATour2026 in Mexico City continued with a stop at Centro de Alto Rendimiento - one of the elite team base camps included in our proposal to FIFA. You can read more about our bid here https://t.co/hALA8rt9p0 #Certainty2026 🇨🇦🇲🇽🇺🇸 pic.twitter.com/RA6Pb6QT8t

Following the tour of Zócalo, the Task Force then visited one of the United Bid’s 84 proposed team base camps—Centro de Alto Rendimiento—before touring Estadio Azteca, the country’s largest stadium and iconic home of the Mexican National Team. One of two venues worldwide to have hosted two FIFA World Cup finals (1970 and 1986), the stadium has had extensive renovation and restorations and has recorded audiences of over 107,000 for football and 132,000 for boxing in the past. 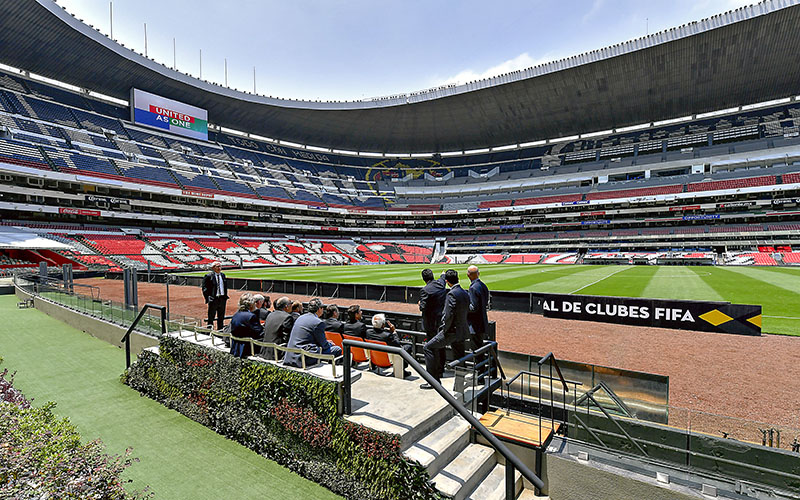