The 16 amateur teams who’ve moved on from the First Round now go head-to-head with pro sides from USL Leagues One and the Championship (as well as new boys NISA) between 5 and 7 April with the potential for shock results a tantalizing and time-honored reality.
Jonah FontelaApril 4 2022
Open Cup

The 2022 Lamar Hunt U.S. Open Cup moves into one of its most exciting phases this week – with a first glimpse of the pro sides of USL’s League One, ten tournament debutants from the National Independent Soccer League Association (NISA) and the men from USL’s Championship (the second-tier of American professional soccer just below the pinnacle of Major League Soccer - MLS).

In all 16 amateur teams earned their way through to this Second Round – where the mouth-watering possibility of Cupsets looms large over the massive field of 62 teams who’ll play 31 games on three matchnights from 5 to 7 April.

Of Davids and Goliaths

The Open Cup lives and breathes when lower-level teams meet their so-called betters from the pro ranks. In this Second Round, we’ll see 16 such meetings (among 31 games all-told) between pro teams and amateur sides from USL League Two, the National Premier Soccer League (NPSL) and the various state-based Local Qualifying routes.

In the East, Long Island, NY’s Oyster Bay United FC – a full-fledged club for just under one year now – head to Dillon Stadium in Hartford, CT for the second round in a row. There they hope to repeat the 3-0 dose they handed out to fellow amateurs Hartford City in the previous stage. This time, however, they come up against USL Championship side Hartford Athletic – three games into their season.

Lansdowne Yonkers FC, also from New York, are reigning USASA National Amateur Cup champions and battled through a rain-swept 120 minutes of play and a shootout on the Jersey Shore against Ocean City Nor’easters to reach the Second Round. Now they face a club formerly known as the Rochester Raging Rhinos (who were crowned Open Cup champions in 1999) in Rochester New York FC of the MLS Next Pro League and part-owned by Leicester City legend Jamie Vardy.

North Carolina Fusion U-23s moved on from the First Round via forfeit and now meet Charlotte Independence of USL League One, coached by collegiate and Open Cup legend Mike Jeffries. Elsewhere, in the Sunshine State, Florida amateurs Villages SC take on the mighty Tampa Bay Rowdies of the USL Championship after routing Orlando FC Wolves 6-0 in the First Round.

“We understand who they are and we respect them,” said the former Chivas USA player in his first coaching gig. “But the best team on the day can win [in the Cup] and we’re ready to compete. And when the competing starts, anything can happen.”

While we’re on the topic of anything happening, keep an eye on the city of Omaha (and the whole state of Nebraska’s) first-ever Open Cup game. The 14-time participants Des Moines Menace (the reigning national USL League Two champions who’ve upset pro teams no fewer than six times in their long history) belly up to 2021 USL League One toppers Union Omaha looking for more history. 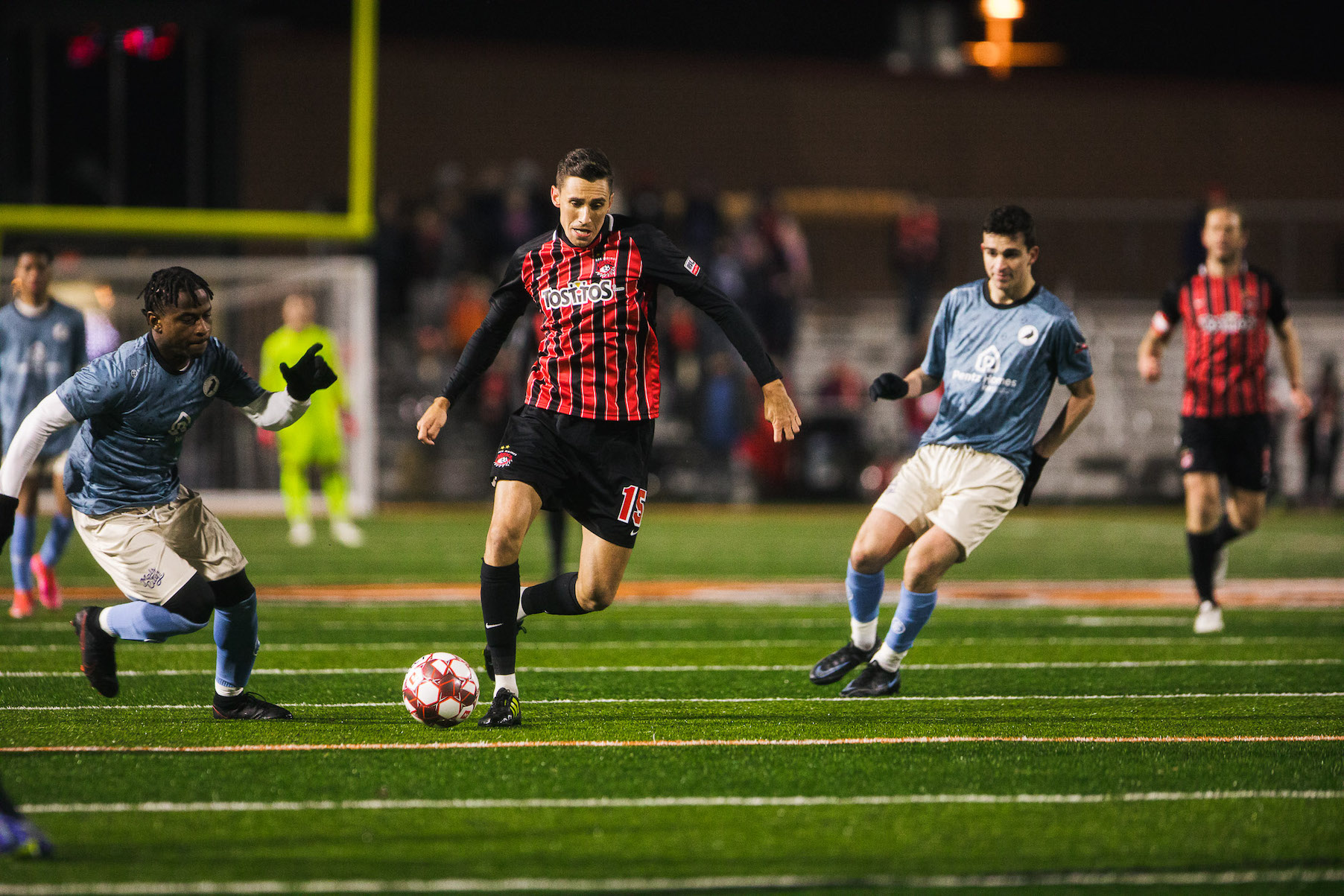 “All it takes is one goal,” said Brandon Fricke, now of Greenville Triumph, who scored the winner for the Menace against Minnesota United (then of NASL) in the 2013 Open Cup. “It’s what makes the Open Cup so special.”

Southern States SC Stars rode their First Round win to a contest with USL Championship side Birmingham Legion – a club run by GM Jay Heaps and coached by Tom Soehn (both former Open Cup winners). The Western Mass Pioneers open the doors of their Lusitano Stadium in Ludlow, Massachusetts for a second time at this tournament – welcoming Flower City Union of NISA (the second Rochester team in contention) in their first-ever tournament appearance.

Nova FC, the talented amateurs from Virginia, may be a little tired ahead of their meeting with 1995 Open Cup champions Richmond Kickers (of USL League One) after two road trips, a weather delay and 172 minutes of soccer against Lynchburg FC (on two separate dates) brought them to this stage. Another team forced to play twice in the First Round was FC Motown – whose appeal of an illegal substitution forced a replay with West Chester United SC in a game they went on to win thanks to a hopeful chip from Australian Ryan Peterson in the 90th minute. The Jersey Boys, with former MLS standout Dilly Duka an injury concern after a knee knock in the previous round, take on AC Syracuse Pulse of NISA.

There are also a handful of amateur-pro contests in the Central region, where Cleveland SC – playing in their first Open Cup – ride the veteran experience of First Round match-winner Vinnie Bell up against Forward Madison, those colorful Flamingos of USL’s League One, in Wisconsin. 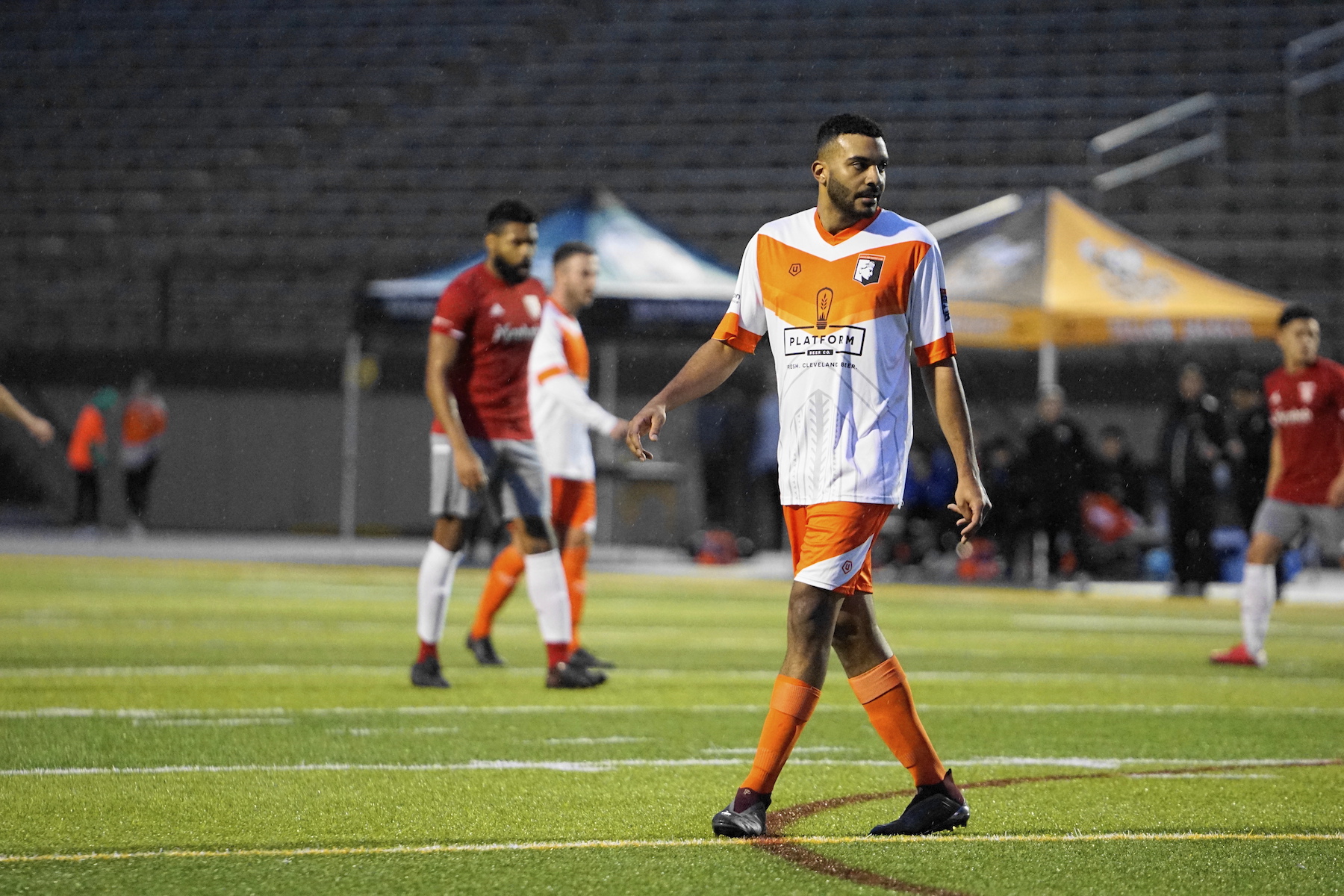 Dallas Area D’feeters Kicks Soccer Club, who already pulled off an upset over the NPSL champion Denton Diablos in the First Round (a game that saw five goals and three red cards) bring their precocious talents to San Antonio FC’s USL Championship pros.

The campus of Florida International University will see an all-Miami derby between amateurs Miami United FC, who reached the Fourth Round of the 2018 Open Cup and a date with MLS’ Orlando City, and USL Championship pros Miami FC. It’s not the only crosstown derby in this Second Round of play – as FC Tulsa of the USL Championship welcome amateur neighbors Tulsa Athletic of NPSL.

There are a pair of games out West that are bound to get the juices going for fans of potential cupsets. The California capital side Sacramento Republic of the USL Championship welcome a Portland Timbers U-23 team to their Heart Health Park while San Fernando Valley FC – and their striker Thomas Agustin Bosuel, who’s scored the only hat-trick so far at this Open Cup – travel to to Orange County to take on debutant pros California United Strikers FC.

Pro-mances of the Second Round

The remaining 15 games pit pro teams of the various tiers against other pros. And though, perhaps, promising less giant-killing drama – all are well worth the watch.

Championship club Indy Eleven host MLS Next Pro side Saint Louis City 2, who, as a USL Championship team in 2019, knocked out MLS’ Chicago Fire to reach that year’s Open Cup Quarterfinals. The Conor Casey-coached Charleston Battery, who reached the Open Cup Final in 2008 and seem to have a love affair with the oldest of American soccer competitions, open the doors of their Patriots Point Stadium to South Georgia Tormenta of League One.

North Carolina FC – now a League One team with a focus on youth after years in the Championship – take on 2018 Open Cup-winning coach Wilmer Cabrera’s Rio Grande Valley Toros.

Moving West, we’ll see a spate of interesting contests starting with a Colorado derby between the Colorado Springs Switchbacks (USL Championship) and the Northern Colorado Hailstorm of League One. Las Vegas Lights of the USL Championship leave the bright neon of the Strip to take on FC Tucson of USL’s League One in Arizona. That’s one of two Second Round games in the state of Arizona as Phoenix Rising FC (USL Championship) take on Valley United FC of NISA in Chandler.

Winning the award for longest travel in this Second Round are the Oakland Roots, out of California’s Bay Area and the USL Championship. They’ll travel the whole of the continent to take on Greenville Triumph at Triumph Stadium in South Carolina.

Wrapping up out West, in California, we have a quartet of games. Central Valley Fuego (USL League One) and El Paso Locomotive (USL Championship) meet in Clovis – with Orange County SC (of the Championship) taking on NISA’s Los Angeles Force out in Irvine.

And while we haven’t a clue what will happen when the balls start rolling, we do now there will be that special kind of excitement only the 109-year-old Open Cup can offer. So be sure to watch as many games as you can handle LIVE on ESPN+.