The Dream Continues as Sweet Sixteen Beckons: #USOC2022 Round of 32 Preview

Eight more MLS teams enter the 2022 Lamar Hunt U.S. Open Cup as the field is trimmed back from an original 103 to a slim 32. Aside from such big boys as four-time champions Seattle Sounders (who recently became the first-ever MLS team to win the CONCACAF Champions League), reigning 2021 MLS champs New York City FC and the New England Revolution will also take their tournament bow with place in the Last Sixteen on the line.

There are 11 underdogs in action – all from the divisions below Major League Soccer and all with a chance to show, once again, that they deserve their seats at the table.

With the alignment of the current round, three of the 11 non-MLS teams (at the very least) are guaranteed places in the Last Sixteen as three of the 24 games will feature two rivals from the lower leagues. 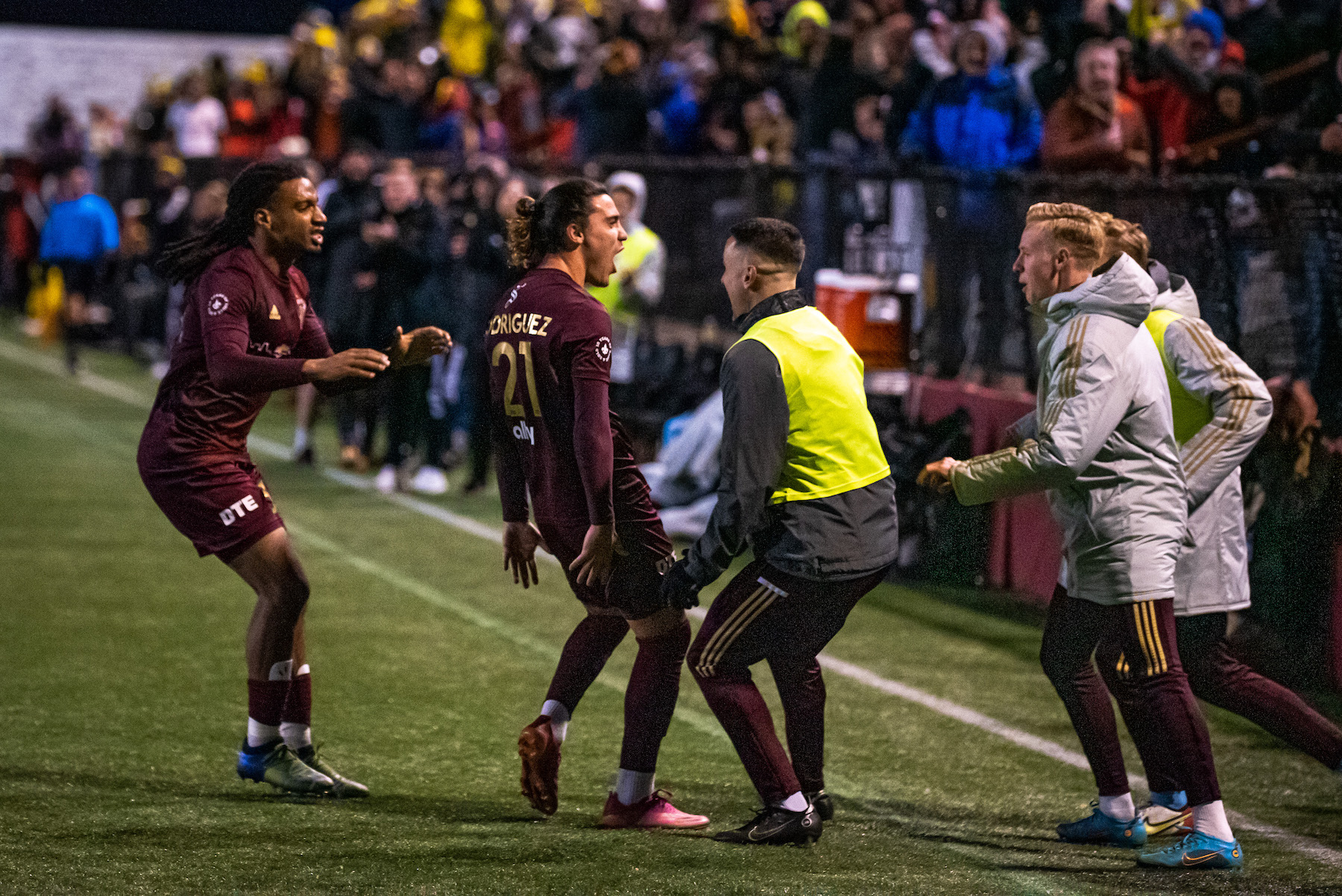 Detroit City FC return to their noisy Keyworth Stadium, running on the momentum and emotion of the Third Round comeback win there against MLS’ Columbus Crew. Scorer of both goals in that game, Maxi Rodriguez, a 26-year-old creator who’s trod a hard road to his current Hamtramck home, is hoping to ride the spirit of the crowd to another victory.

“It's just incredible,” he said of the upcoming home tie against Louisville City – who are twice USL Championship national champions and who’ve not lost a game in their last 12 (in all competitions). “Sometimes it even feels fake when you’re out there it’s so awesome.”

In another all-lower league encounter guaranteed to send a non-MLS side to the Last Sixteen, Union Omaha host first-year fliers Northern Colorado Hailstorm on the campus of the University of Nebraska. Both sides call the USL League One (the country’s third division) home and both of them beat former champions of Major League Soccer in the previous round – Omaha besting Chicago Fire in a drama-fuelled game at Soldier Field and the Hailstorm topping Real Salt Lake at Rio Tinto Stadium. 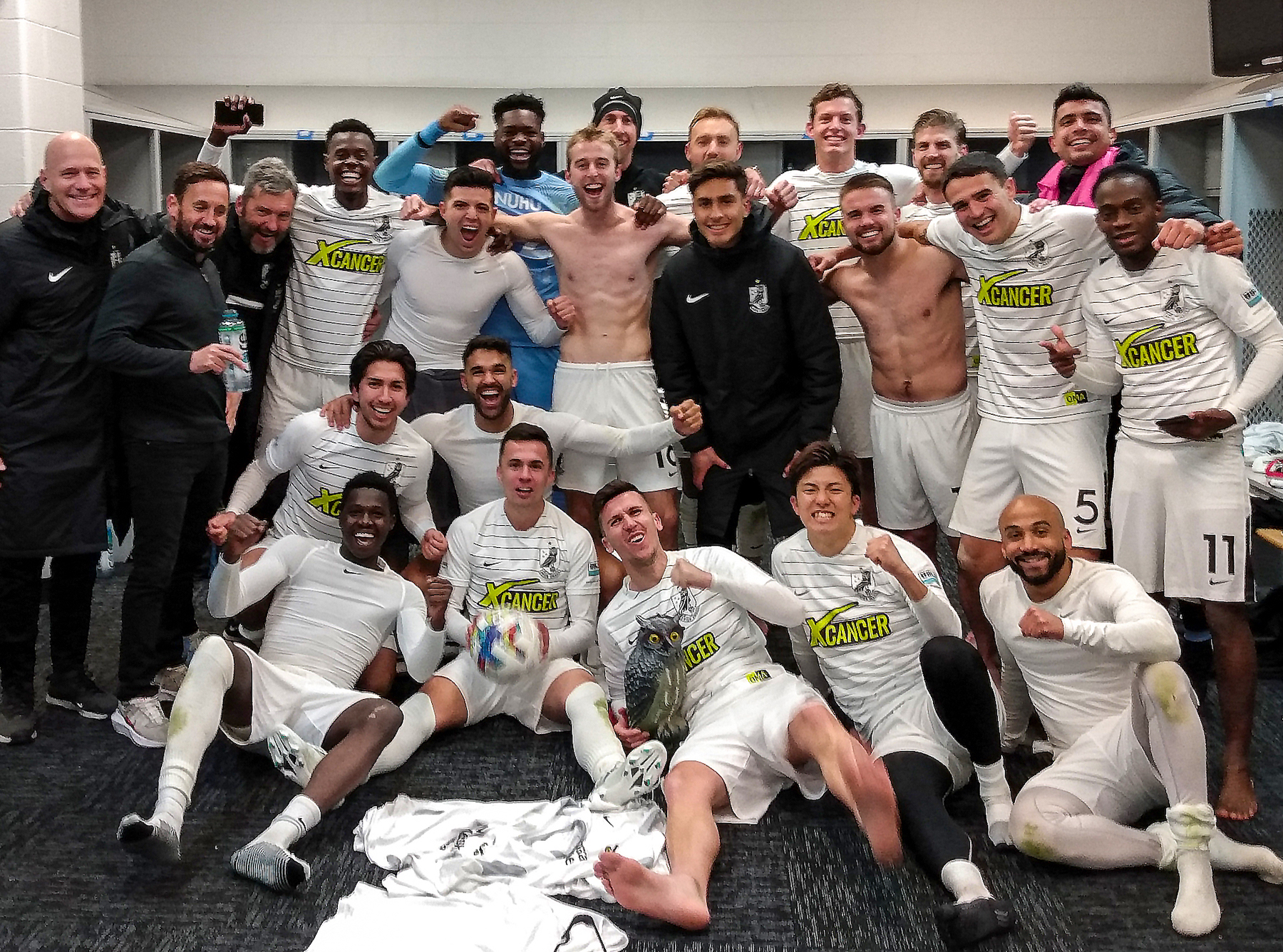 "They look like a good team," Omaha’s coach Jay Mims said of the  Hailstorm. "We watched the Salt Lake game, and they were better than them that day. They worked harder. They're kind of like us. They have a chip on their shoulder and they're going to want to prove that they want to advance."

Rounding out the three non-MLS cross-league contests is one that promises to be a scorcher out west in California’s capital. Home side Sacramento Republic take on Phoenix Rising (both of the USL Championship) with both sides eager to spark a deep run in the competition.

The Mismatches (On Paper)

There are five games among the 16 which feature a lower-league club going up against a top-tier MLS opponent – an arrangement that promises drama and possible cupsets (as seen in the Third Round).

First up is a South Georgia Tormenta side who travel to Florida to take on the David Beckham-owned MLS outfit Inter Miami who are making their tournament debut. Despite calling the third-tier USL League One home, the men from Statesboro, Georgia have already beaten two USL Championship teams in the 2022 Open Cup (Charleston Battery and Birmingham Legion) without conceding a goal. 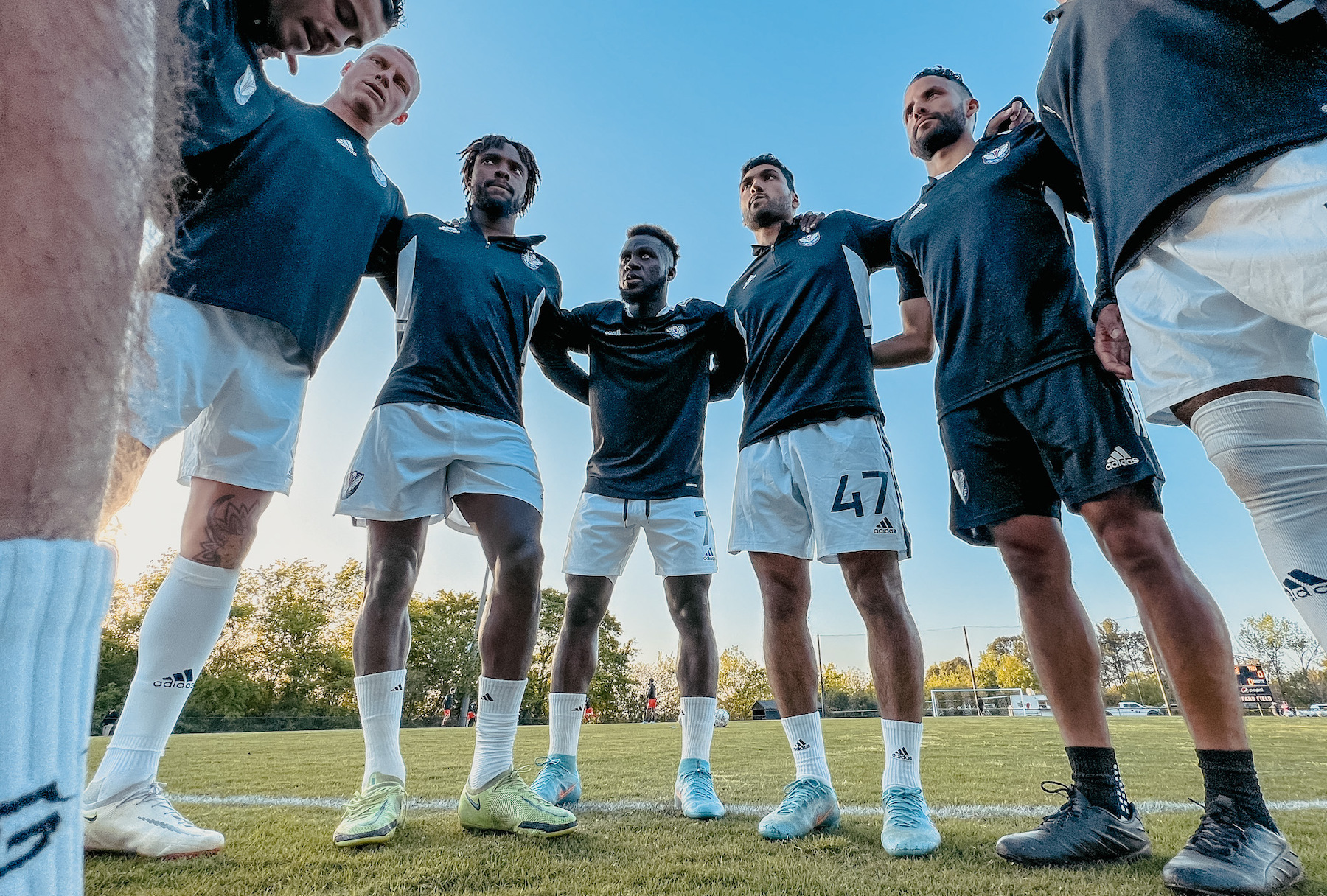 According to striker Kazaiah Sterling, who once, as a young Tottenham prospect, racked up a few minutes in the glitz and glamor of the UEFA Champions League, there’s no reason there can’t be more magic in the Tormenta’s locker. “We’re ready for it,” said the 23-year-old. “We just see them [the teams in higher divisions] as another opposition.”

The Richmond Kickers, also of USL League One, have yet to face a pro team in the 2022 Open Cup. That changes in a big way when debutants Charlotte FC of MLS make their way to the City Stadium looking to mark their first year as a club with a glory run in the country’s oldest soccer tournament.

Of all the non-MLS teams in this Round of 32, the Kickers are one of just two who’ve lifted the Open Cup. Back in 1995, then part of the now-defunct USISL, they kicked off the tournament’s so-called modern era by claiming the laurels with a win over the El Paso Patriots.

Reigning champions of MLS, New York City FC, face a potential banana skin in the form of Rochester NY FC – the rebranded and rejuvenated Rochester Rhinos (1999 Open Cup champions who now play in the MLS Next pro league) at Belson Stadium on the campus of St. John’s University in Queens. 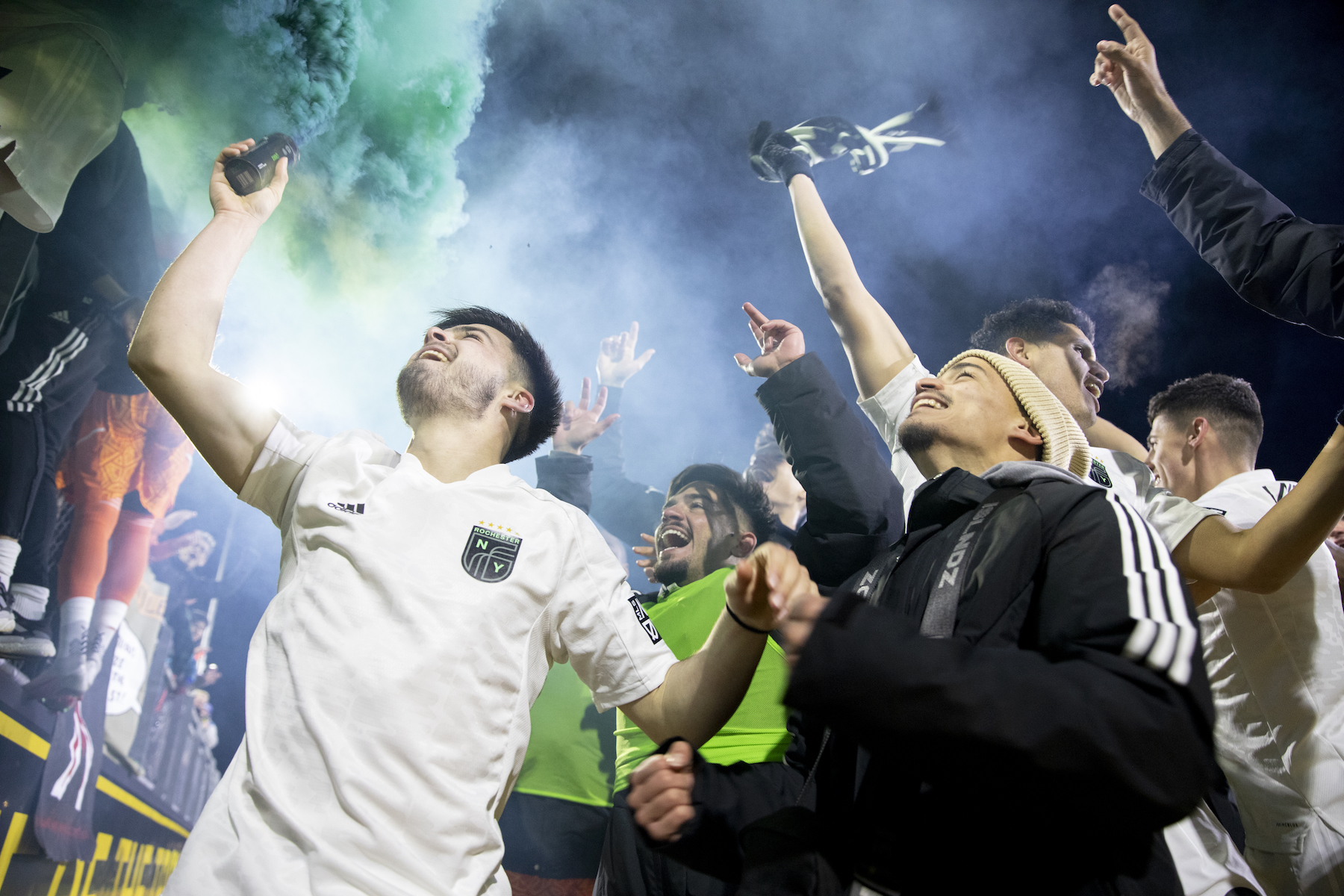 San Antonio FC, founded in 2016, look like one of the USL Championship clubs with a good chance of going a long way in this 2022 Open Cup. The Texans are riding the high of a dramatic home win over Major League Soccer new boys Austin FC and spurred on by their outstanding goalkeeper Jordan Farr. The 2018 champions Houston Dynamo will do well to not take their visitors lightly in this Round of 32.

Rounding out the on-paper inter-league mismatches is a home date for California United Strikers – a team born anew of humble amateur roots and boasting a 15-year-old forward in Marcus Lee. The Strikers are undefeated in the third-tier National Independent Soccer League (NISA). But MLS’ LA Galaxy – two-time winners of the tournament (most recently in 2005) – will not likely be in a charitable mood as they aim to make their trip to Orange County worthwhile.

Showdowns Among the MLS Top Dogs

Sporting Kansas City lifted the trophy over the Red Bulls in that Final. And despite winning four Open Cups in their history, that 2017 triumph remains the most recent Cup run of note for SKC. Longtime coach Peter Vermes’ men open their 2022 campaign against 2016 champions FC Dallas.

Giant-killers & Cinderellas stir our soul, but it’s all about the 🏆. #USOC2017 belonged to the outstanding @SportingKC. 🎉⚽️🍾.

The 2007 Open Cup-winning New England Revolution, struggling at the start of the current MLS campaign after an outstanding 2021, open the doors of Gillette Stadium to FC Cincinnati. The Ohio side, still adjusting to life in MLS, made a sensation in the 2017 Open Cup with a Semifinal berth (while members of the USL).

The contest from the brand-new GEODIS Park between home side Nashville SC and reigning (2019) champions Atlanta United is bound to be a tasty affair, especially with the visitors coming off a 6-0 rout of Chatannooga FC in the last round. The men from Georgia are sending a clear signal of their intent to keep the Open Cup trophy for another year. 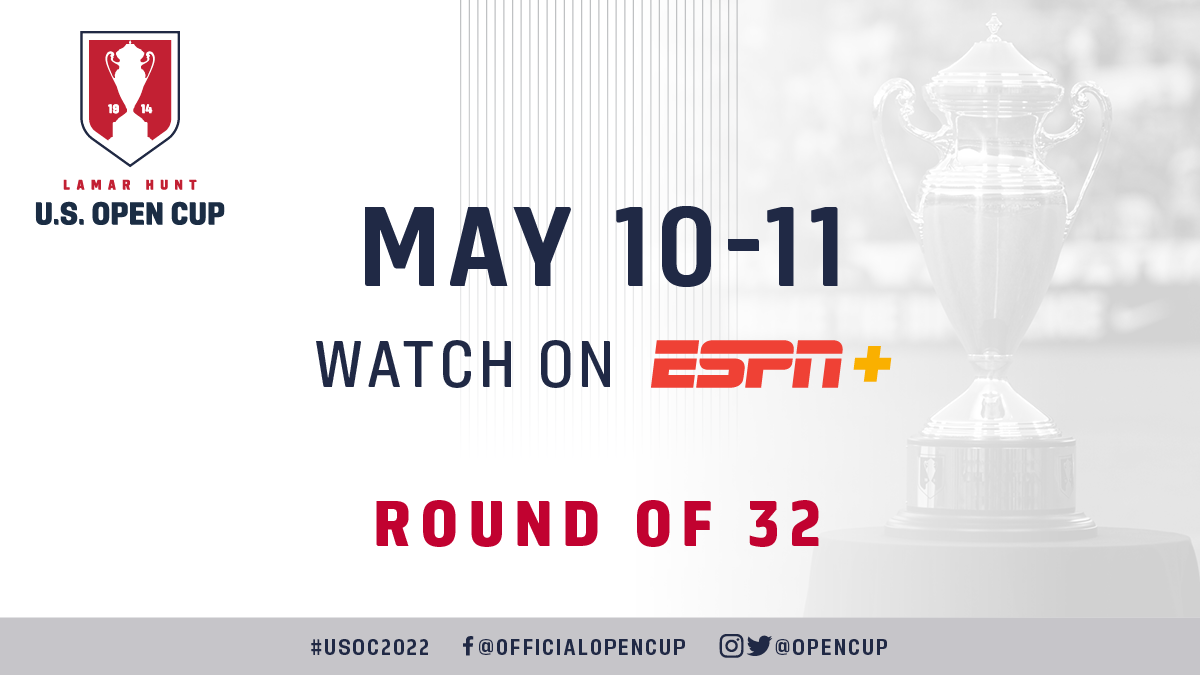 Minnesota United – who Atlanta United beat before a record crowd to win the 2019 Open Cup – start at home against the Colorado Rapids. It’s a club that holds the unwanted distinction of being the only MLS side in history to lose an Open Cup final to a non-MLS team (in 1999, the Rochester Rhinos).

The Steve Cherundolo-led Los Angeles Football Club were terrifying in their 5-1 win over reigning USL Championship toppers Orange County SC in the last round. They currently have more points than anyone else in Major League Soccer and will try to keep up the form at home when the Portland Timbers, Semifinalists from the 2019 edition of the Open Cup, make their way to the Banc of California Stadium.

And finally, we welcome royalty to this year’s party. Not only are the Seattle Sounders four-time winners of this very Cup, but the recent victory over Mexican side Pumas in front of a massive home crowd saw them crowned kings of the CONCACAF region.

Will they be able to carry the momentum against a rebuilding San Jose Earthquakes? Only time will tell. So make sure to watch LIVE on ESPN+ – your streaming home of the Lamar Hunt U.S. Open Cup.