Take a look back at some of the highlights of Orlando City’s historic run in the 2022 Open Cup –where they’ve played five straight games at home en route to the Final (which they’ll also host).
Jonah FontelaAugust 29 2022
Open Cup

You don’t win an Open Cup without luck. It’s a crucial ingredient in the winning cocktail. Ask anyone who’s won it, and they’ll tell you straight. Oscar Pareja, Orlando City’s head coach and an Open Cup winner back in 2016 with FC Dallas, certainly will.

“They’re so important,” said the Colombian about playing in front of the home fans in Central Florida – which his side have done five out of five times so far in the 2022 Open Cup. “We play for them [the fans]. All these people have been very loyal to us. They are very supportive in spite of anything. They are always providing this energy.”

“So we’re going to keep fighting for them,” added Pareja, whose 2016 Open Cup-winning FC Dallas side played three of their five games at home (including the Final). “We're so eager to give them this joy.”

Luck of the Draw(s)

Orlando City will host their sixth straight game when a sold-out, 25,000 fan-strong Exploria stadium opens its doors on September 7th. It will be the first time in the Open Cup’s 108-year history that the tournament Final will be played in the Sunshine State and the first time since 2008 that a second-division team (visitors, Sacramento Republic of the USL Championship) will tangle for the crown. 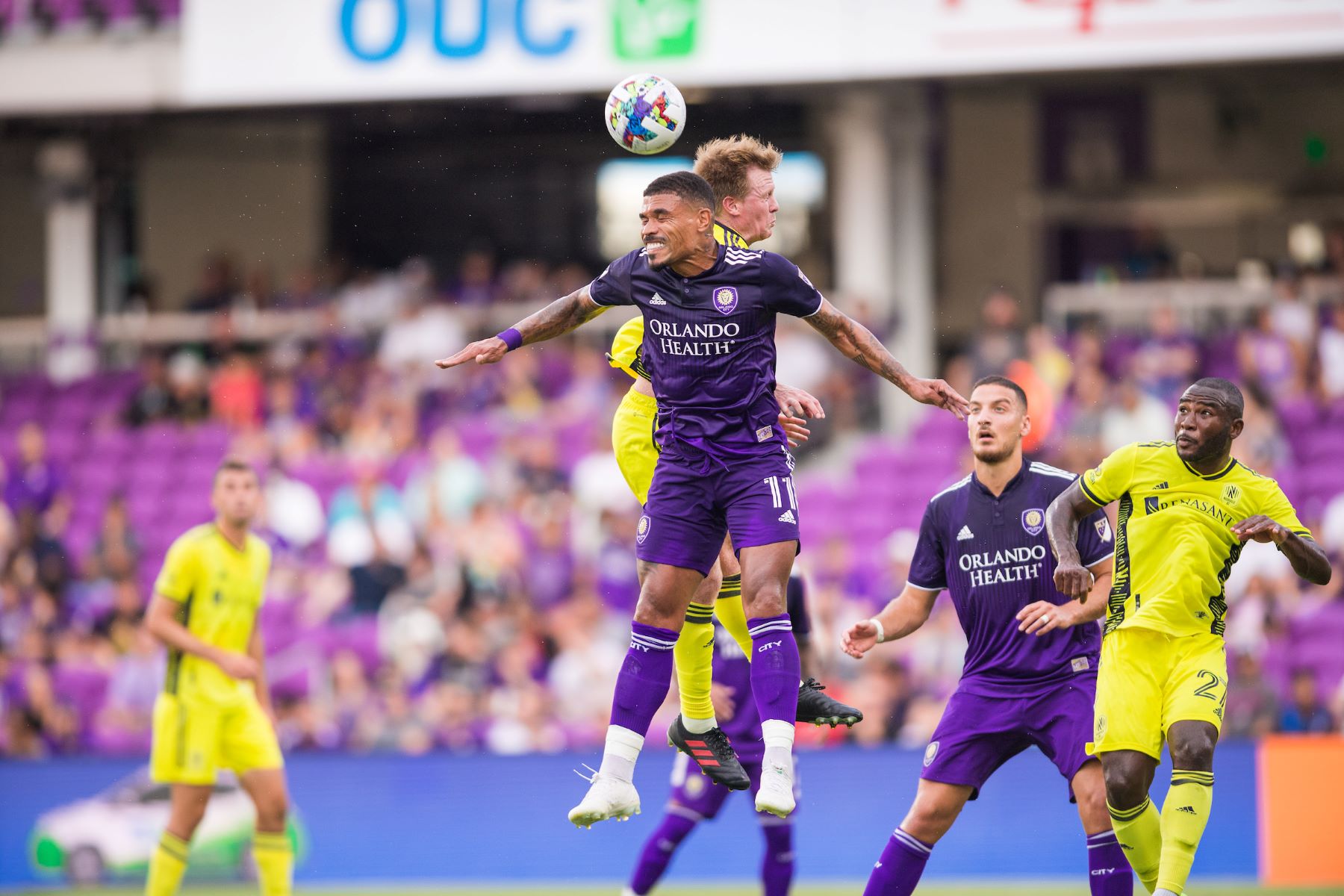 JuniorUrso in action against Nashville SC in the Quarterfinals

We’ll leave it to the mathematicians to work out just how likely it is to hit the coin toss six times in a row. We will, however, take a closer look at some of the magical moments we’ve seen at Exploria Stadium in the home side’s run to a first-ever national Final as a top-tier team.

The last time the Open Cup was played – before Covid-19 cut in to cause a two-year-hiatus – Orlando City played three of their four 2019 games at Exploria en route to a first-ever Semifinal (which they lost to that year’s eventual champions and rivals Atlanta United). That edition of the tournament also gave birth to the first legendary Open Cup moment at their home stadium, when, against NYCFC in the Quarterfinals, Orlando City’s diehard fans raced the length of ground to make sure they didn’t miss out on playing their part in the post-game shootout – where back-up keeper Adam Grinwis was the night’s hero.

That 2019 Semifinal charge laid the foundation for 2022 – where they’ve gone one step farther in a hunt of a first trophy for the club since joining MLS in 2015. And once again aided by the luck of the draw, Orlando City are aiming to become only the second team from the state of Florida – since the amateur St. Petersburg Kickers of 1989 – to win the Open Cup. 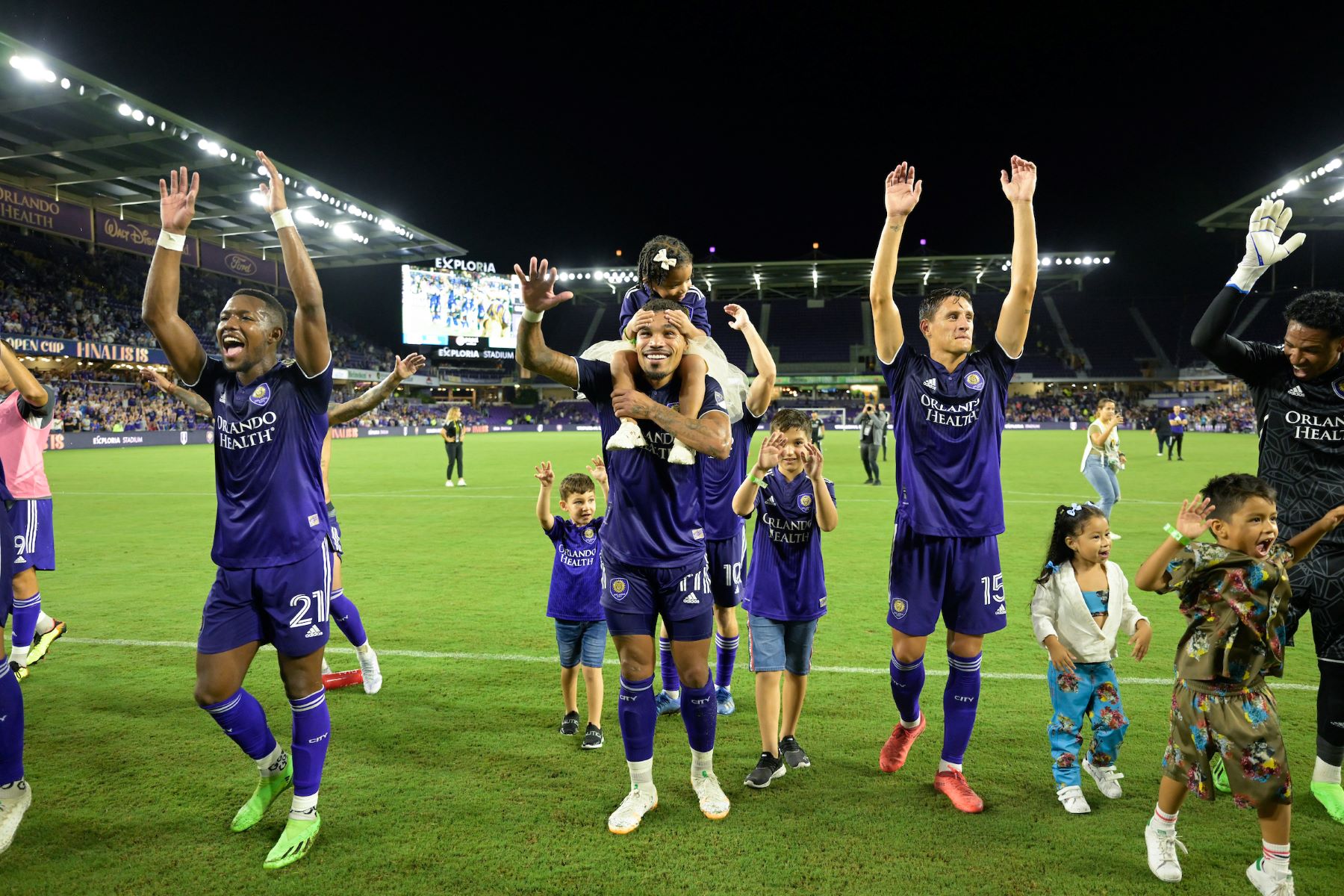 Orlando City entered the competition early as one of 17 MLS teams in the Third Round (based on the previous year’s low finish in the league standings). And they didn’t have things all their own way on their first date either. American soccer royalty and second-division stalwarts, the Tampa Bay Rowdies, came to Exploria looking for the Cupset.

Despite Pareja naming a strong squad, it was a tense battle right to the end for Orlando City. The 2-1 win (a scoreline that would become familiar) came thanks to goals from Junior Urso and Brazilian standout and former AC Milan star Alexandre Pato, with Pareja dedicated the win to “our people” in the stands.

The next two games were just as tight for the home team, who never hesitated to be up for the battle as is often chief among the demands of the Open Cup. Another 2-1 win over MLS’ Eastern Conference powers and 2018 Open Cup Finalists Philadelphia Union was punctuated by a wondergoal from Andres Perea.

But the biggest hero on that Round of 32 night was one Mason Stajduhar. A cancer survivor and long-time servant at the club since 2016, Orlando City’s back-up keeper made massive contributions all night long – including a game-saver in the dying moments of extra-time. And after that, he made good on a plan he’d hatched to propose to his girlfriend, Tatiana, down on the field in front of the club’s faithful.

“I don’t know which I was more nervous about – the game or the proposal,” said Stajduhar – who had a little help from best friend, fellow goalkeeper and Open Cup hero Grinwis, in pulling off the scheme.

Momentum was building for the Lions ahead of the late May Round of 16 clash with MLS rivals Inter Miami. It was a battle for Floridian first-division bragging rights. Just like the two previous contests, this one had more tension than most fans could handle comfortably. Both goals in the extra-time draw came after the 90th minute and the penalty shootout was edged by the home side 4-2 after U.S. international DeAndre Yedlin hit high over the crossbar to send Inter out of their debut Cup.

All of that stress was nothing compared to what was coming for the fans at Exploria – who numbered 11,940 as part of a record-setting Quarterfinal Round. New Boys Nashville SC were in town and trying to cap their first-ever Open Cup run with a charge to the Semifinals. 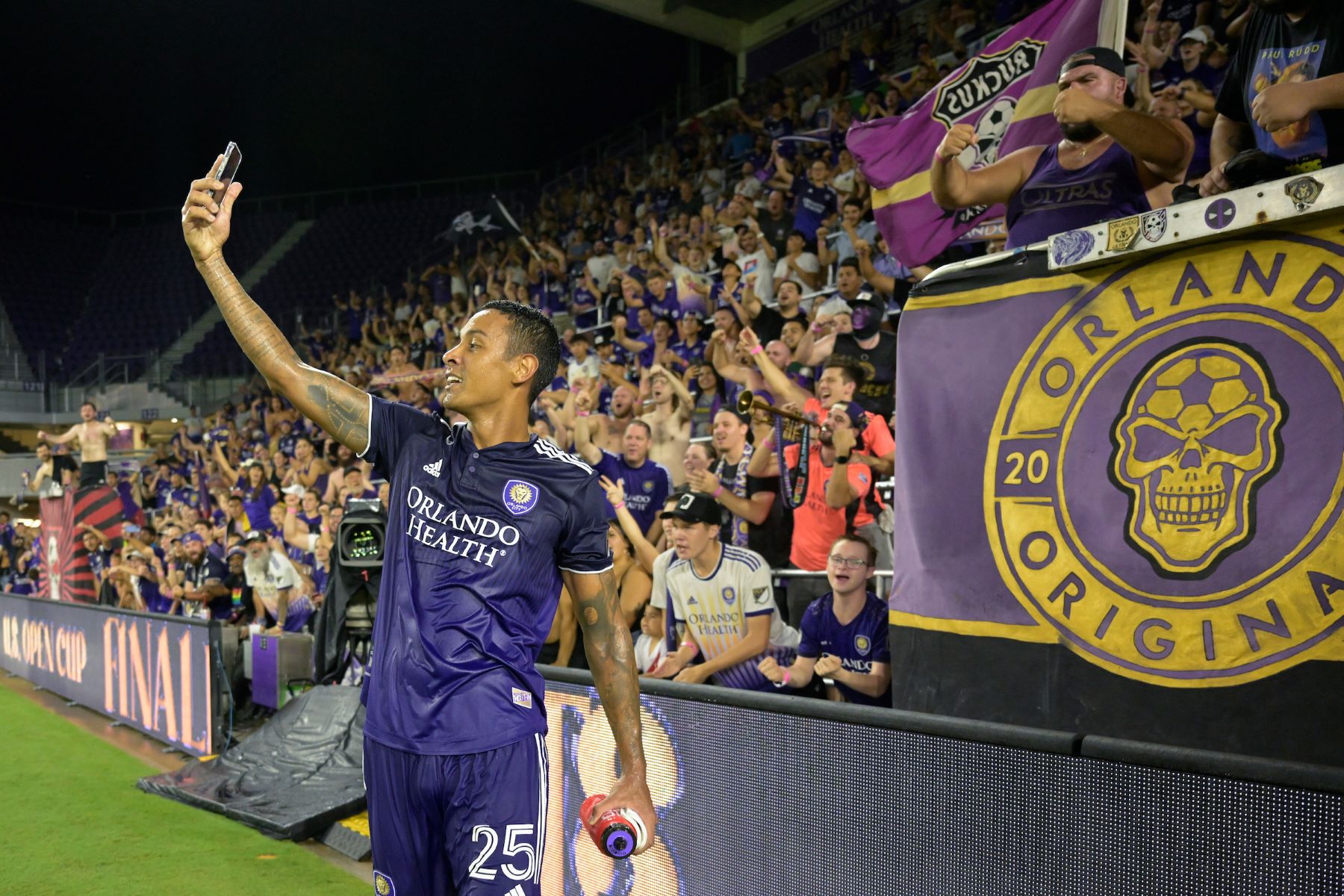 SayCheese! The Final will be the 6th straight 2022 Cup game at home for OrlandoCity

Nashville Visit Down to the Wire

Down by a Hany Mukhtar goal in the 90th minute of the Last-Eight contest, some of the feinter-hearted Orlando fans had begun to leave their seats to get a jump on the traffic. But they all came racing back when Rodrigo Schlegal popped up to tame a bouncing ball in the Nashville penalty area and send the game to extra-time and, eventually, penalties.

Orlando’s No1 keeper Pedro Gallese, just weeks out from losing a penalty shootout that would have put his Peruvian national team in the World Cup in Qatar, pulled off a big save on Eric Miller (6-5). It sent Orlando City through to the Semis, where, finally, they’d let their fans breathe easy.

The Lions 5-1 rout of the New York Red Bulls was a rambunctious affair and the first time the Lions had won in the 2022 Cup by more than a single goal – or without the jangling nerves of a penalty shootout. Might it also be a hint of things to come as Exploria opens its doors for one Final Orlando City performance against the second-division strivers from Sacramento?

Were Orlando to pull it off, in front of their passionate fans, it would be the first time since 2018 (and the Houston Dynamo) that a team played and won all of their games at home to lift the Open Cup trophy.