Local amateur qualifying for the 2023 Lamar Hunt U.S. Open Cup kicks off this weekend (September 17-18) with 70 teams in action and 35 First Round fixtures across the country.
Jonah FontelaSeptember 14 2022
Open Cup

A week and a half on from the completion of the 107th Lamar Hunt U.S. Open Cup Final, the tournament begins its long trudge toward naming next year’s national champion. A slate of 35 games (featuring 70 teams from across the country) will be played over the weekend of 17-18 September. And all will be a far cry from the 25,000-strong sellout crowd that packed Exploria Stadium on Wednesday September 7 as MLS’s Orlando City won a first trophy by besting second-division strivers Sacramento Republic 3-0.

While played out in humbler environs, this weekend’s Local Qualifying trades in the same hopes and dreams of every U.S. Open Cup game. On high school fields and public parks, 70 hopeful amateur teams of the Open Division kick off the first of four preliminary rounds that will eventually land nine sides in the 2023 U.S. Open Cup proper with a chance to make their mark.

History Fuels Efforts in the East

Several names in the East will ring in the ears of fans of the Open Cup’s long history and proud lore. The Philadelphia Ukrainian Nationals, amateur descendents of the side that won four Open Cup crowns (then the National Challenge Cup) in the late 1950s and early ‘60s, line up against West Chester United, the 2019 National Amateur Cup runner-up and two-time Open Cup qualifiers, in North Wales, Pa.

“It’s always an honor to play in the tournament and we've had a lot of success over the years in open qualifying,” said Blaise Santangelo, a landscaper and long-time coach of amateur powers West Chester United, who spent many of his playing days with the Ukrainian Nationals. “We’re excited to play at the Ukrainian Nationals club, which we consider a second home in competition, and against their team.” 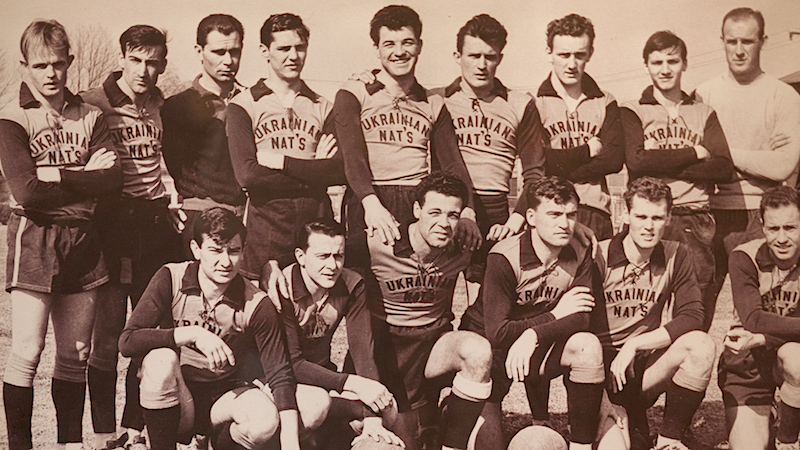 Another former Open Cup winner will play this weekend in the form of the New York Pancyprian Freedoms, who lifted the trophy three times in the 1980s. The club, based in the NY Metro Area’s historic Cosmopolitan League, last qualified for the Open Cup in 2020 before proceedings were halted by the onset of the COVID-19 pandemic (that year’s and 2021’s editions were eventually canceled).

The New York Greek Americans – royalty in this Cup of ours with four titles between 1967 and 1974 – are also back in action and taking on 2019 national amateur champions Newtown Pride of Connecticut.

Twice Open Cup runners-up the United German Hungarians are also among the First Round participants and will meet an ambitious Kensington SC – also of Pennsylvania.

"This is family. It’s who we are. We're all Lone Star." 🇱🇷🇲🇱🇸🇱🇺🇸@PhillyLoneStar, founded by & for refugees in Philly's gritty Southwest, are back in Open Cup & out for respect. #USOC2019 📰 » https://t.co/rdjYrNtg0i 📺⤵️ pic.twitter.com/B6BXvtUy1p

The Scots-American Athletic Club of New Jersey, founded way back in 1895 and known also as Kearny Scots, take on Queensboro FC II (out of the UPSL) – the reserve squad of the club part-owned by former Barcelona star and World Cup-winner David Villa and former USWNT standout Aly Wagner. More than just a mouthful, Pennsylvania’s Vereinigung Erzgebirge, founded in 1931, are up against Philadelphia Lone Star – the city side that’s grown up from humble roots and a 2017 Open Cup debut.

There are more recent achievers in among the forest of historic clubs too.

Oyster Bay United are back for another charge at the Cup’s big stage. Only formed in 2022, they made a sensation in this year’s Open Cup by beating NPSL’s Hartford City and giving decent account in a 3-1 loss to pros Hartford Athletic of the USL Championship. NoVa FC, from Leesburg, Va, are also back. They stretched 1995 Open Cup champions the Richmond Kickers (USL League One) in this year’s tournament – and will take on an impressive Steel Pulse FC club from Maryland in their first Qualifier.

Who can forget the exploits of Florida's Soccer Soldiers back in the 2019 Open Cup. They stormed through to beat pros Charlotte Independence and their star on the day, Valentin Sabella, earned himself a contract with the Independence on the strength of that performance (he’s now with Tacoma Defiance in MLS Next).

The Soldiers open their account against City Soccer FC of West Palm Beach.

Rounding out the recent regulars is Lansdowne Yonkers FC, the 2021 National Amateur Cup winners led by former captain and center-back Sean Kelly. In all, there are nine teams in action in this First Qualifying Round trying for a second straight berth in the Open Cup.

The Bhoys (of Yonkers) are Back in Town.@Lansdownebhoys, led by captain & former @Arsenal youth Sean Kelly, return to @opencup for a run at glory. #USOC2018 ⚽️☘️🏆

Among the 23 sides from the East receiving byes to the second round are a talented Brockton FC, out of Massachusetts and the Bay State Soccer League (BSSL), and Chicago House AC of the Midwest Premier League. Also through to the Second Round are Christos FC – born of the all-amateur outfit that, in 2017, shocked the Open Cup by beating the Richmond Kickers and taking an early lead against D.C. United of Major League Soccer (MLS).

The Best out West

The schedule is thinner in the West. but there are a host of contests among the 14 worth considering.

Colorado sees a clash of former Open Cup early-round heroes when Harpos FC, who first reached the Open Cup proper back in 2015, take on FC Denver at Northfield High School in a game with Denver bragging rights on the line.

"We're excited to be back in Open Cup Qualifying and to be playing our long-time Colorado Clasico opponents FC Denver," said Johnny Freeston, the Harpos founder and manager who's helped guide the club through a recent transition period in which several veterans retired and a strong core of younger players arrived to fill the gaps. "This [game against FC Denver] is going to be another epic battle!"

The D’Feeters Kicks Soccer Club out of Dallas – who impressed by reaching the Second Round of the recently concluded 2022 Open Cup with a win over NPSL national champions the Denton Diablos and a creditable losing effort against USL Championship powers San Antonio FC – are on the road in Fort Worth.

●      READ: Dallas Dressed Down D’Feeters Live up to Name 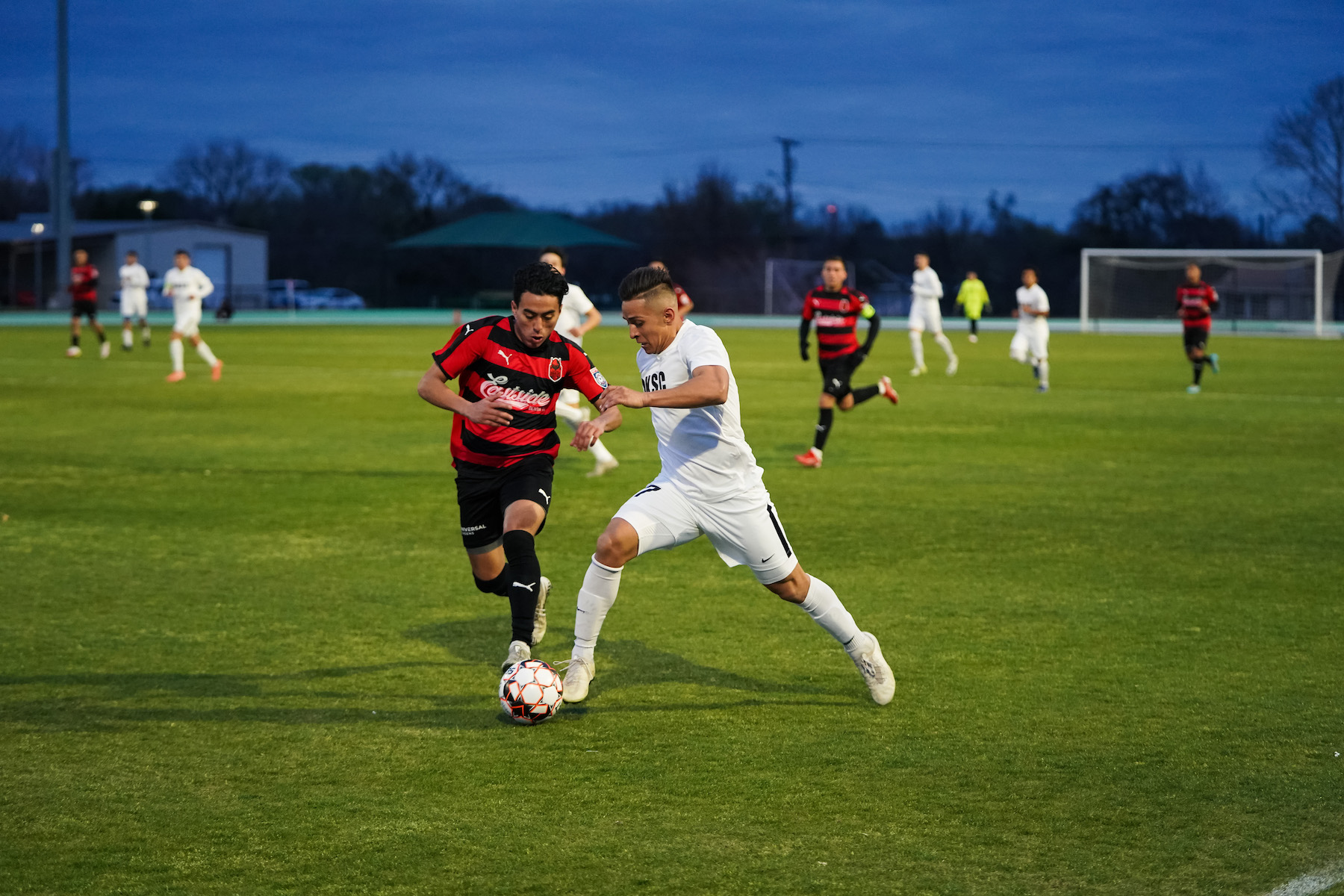 Inter San Francisco take on Marin County Union SC in one of the seven First Round games based in California – and the side from up north will be bolstered by the inclusion of former Chicago Fire player Matt Fondy, 33, who most recently lined up with Oakland Roots in 2020. Farther south,  Escondido FC – who were beaten soundly by San Fernando Valley FC in the First Round of this year’s Open Cup tournament – travel to take on the Rebels Soccer Club in Spring Valley, Calif.

Among the 14 teams receiving byes to the Second Round in the West are Alamo City SC of Texas, Boulder United FC, Real San Jose and Temecula FC.

Winners of this weekend’s First Round games move on to a Second Round (15-16 October). A Third Round is scheduled for November 19-20 and a Fourth from December 17-18. The nine Open Division slots earmarked for the tournament proper, beginning in March of 2023, will be filled via this route.