Then There Were Four: #USOC2019 Semifinal Preview

Hearts will be broken, dreams realized and two teams will strut or suffer through to the Final - join ussoccer.com for a look ahead at the 2019 Lamar Hunt U.S. Open Cup Semifinal Round.
Jonah FontelaAugust 5 2019
Open Cup

While the first few rounds of the Lamar Hunt U.S. Open Cup feed on underdogs and romance, the Semifinals are strictly business. From 84 at the start, only four teams remain – all of them top professionals from the ranks of Major League Soccer (MLS). Orlando City, fresh from hosting the most recent installment of the MLS All-Star Game, open the doors of their Exploria Stadium once again for 2018 MLS champs Atlanta United. The West end of the bracket leads to Saint Paul where Allianz Field will see the Portland Timbers take on first-time Semifinalists Minnesota United.

No matter who survives the Last Four, it will be their first trip to a Lamar Hunt U.S. Open Cup Final. In a 106-year-old tournament where anything can happen, one thing is certain this year: whichever team is crowned on August 27 will be first-time champs.

It was clear as soon as Atlanta United goalkeeper Brad Guzan touched the ball in this week’s MLS All-Star game at Exploria Stadium, just exactly how Orlando fans feel about him. The invective flew early and often and the rest of the U.S. international’s teammates in red and black can expect similar treatment when they look to take down an Orlando City side who’s most realistic shot at silverware this year is the Open Cup. 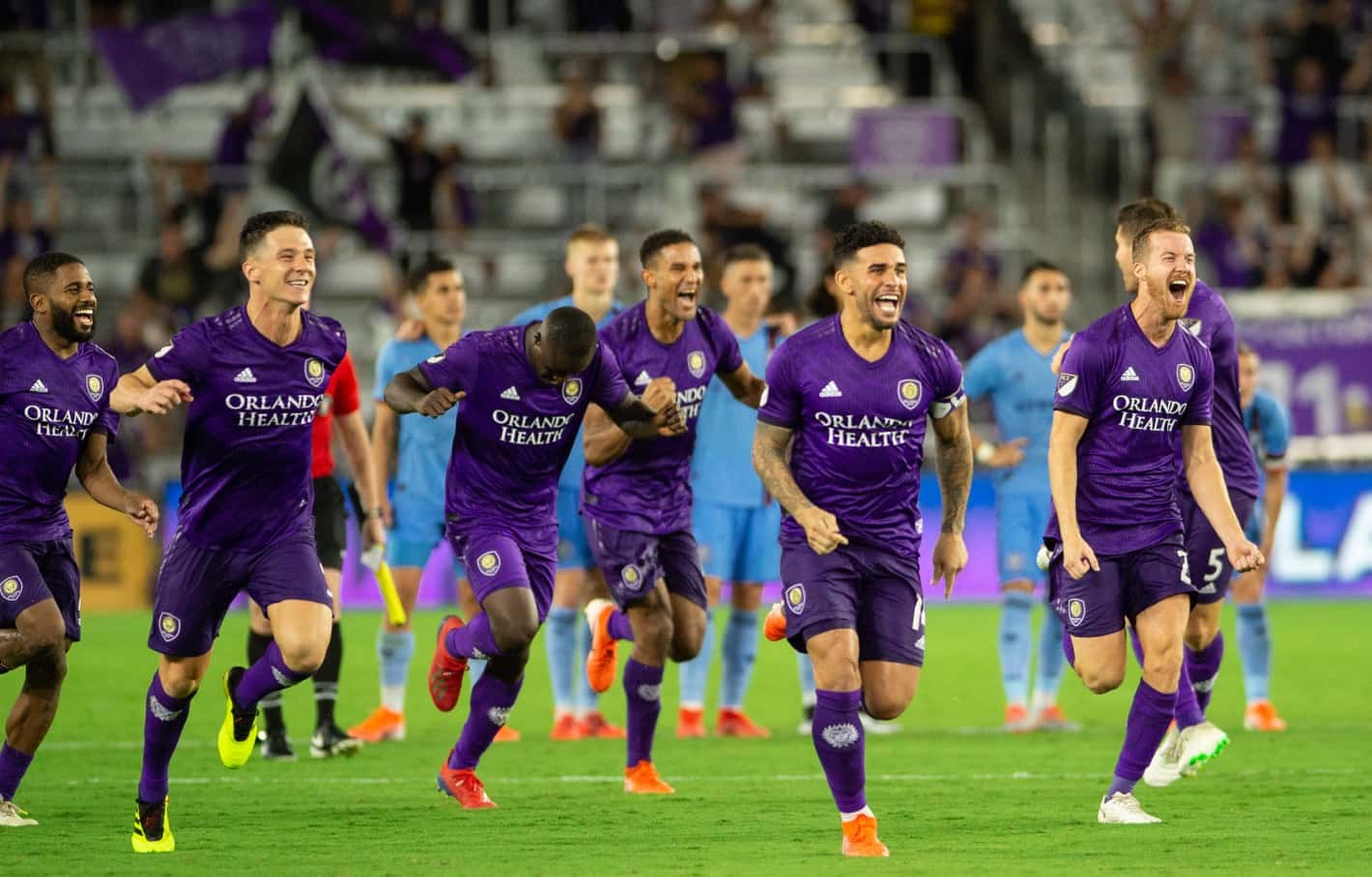 Orlando players jubilate after winning a shootout against NYCFC

The two cities are separated by a little over 400 miles and a tasty rivalry has developed between them. “Everyone has this game marked on their calendars,” said Adam Grinwis, the red-headed Orlando goalkeeper who was the hero in a penalty shootout win over New York City FC in the Quarterfinal round. “We’ve got fighters and grafters. It’s perfect for these types of knockout tournaments. You leave it all out there. And coming off the last win, players and fans and owners are feeling it. There’s a different feeling you don’t get in league games. It’s contagious.”

On the other bench, Atlanta boss Frank de Boer has similar expectations of a tight and tense contest in Central Florida. “We’re so close, so it’s natural we’re going to have a little rivalry with Orlando,” said the former Barcelona, Ajax and Netherlands midfielder, who took over for Tata Martino at the start of the season. “It will be a tense game I can tell you that. They will know there’s a prize to be won and it’s easier to win that in their position than it is to win MLS Cup. They are two games away from a trophy just like we are. They will put out their strongest team in this game and we will have to prepare for a battle. That’s always the nicest thing about Cups: They are always intense with energy. Always a battle.”

Schemer Sacha Kljestan, forward Tesho Akindele and Nani out wide will be the ones to watch for Orlando City. On the other side, Atlanta’s always dangerous Josef Martinez will be keen to add to his first goal of the 2019 U.S. Open Cup scored late against second-tier Cinderellas Saint Louis FC.

In their first appearance in the latter rounds of American soccer’s oldest tournament, Minnesota United are pushing hard and scoring a ton. Led by Darwin Quintero’s five goals, the Loons have scored 13 total in the space of three games in which they also knocked out last year’s holders (Houston Dynamo) and the winner from 2017 (Sporting Kansas City). 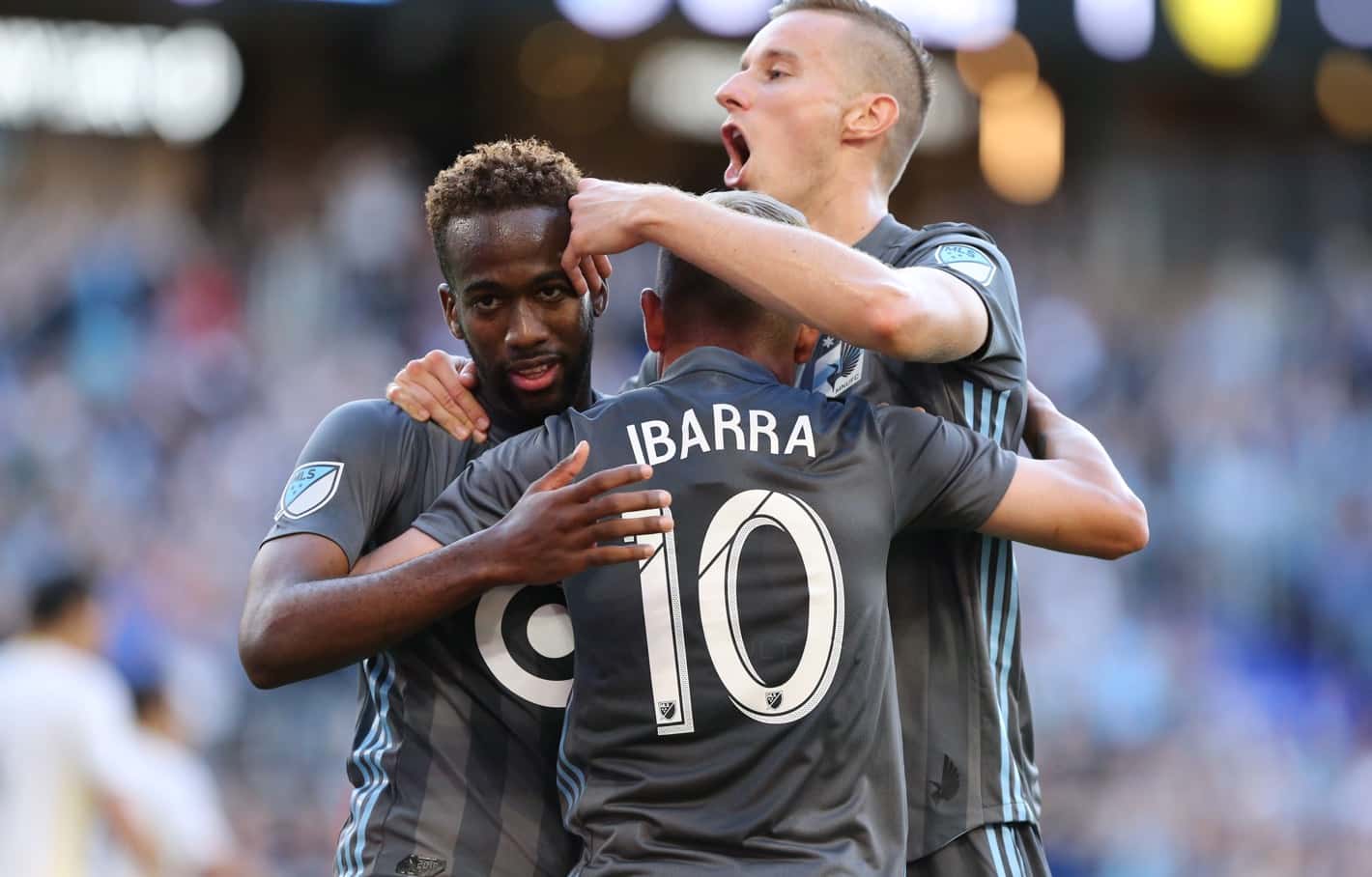 Minnesota United have been scoring for fun in the 2019 USOC

“The team is hungry. We’ve got our mentality right,” said captain and 33-year-old holding midfielder Ozzie Alonso, the four-time Open Cup winner with Seattle Sounders who’s getting set to play in his seventh USOC Semifinal. “You win this game and you get to play for a trophy – you get into the Concacaf Champions League if you win that. And here in Minnesota, they’ve never won a trophy. I’ve won a few and I want to bring one here for me, for my teammates and for the fans and everyone. This is our job. We want to the win the Semi and get into the Final. Believe me – everyone’s prepared to battle.”

With Minnesota scoring for fun, Gio Savarese’s Timbers will have to be at their stingy best in Saint Paul. They put on a glittering defensive display in the last round when they shut out Carlos Vela and Bob Bradley’s free-scoring LAFC. They’ll need more of the same against Quintero and Angelo Rodriguez who have nine goals between them in the 2019 Open Cup. And while a team performance will be required for Portland, the attacking threats of Brian Fernandez and creator Diego Valeri will likely be a constant source of stress for the home side. 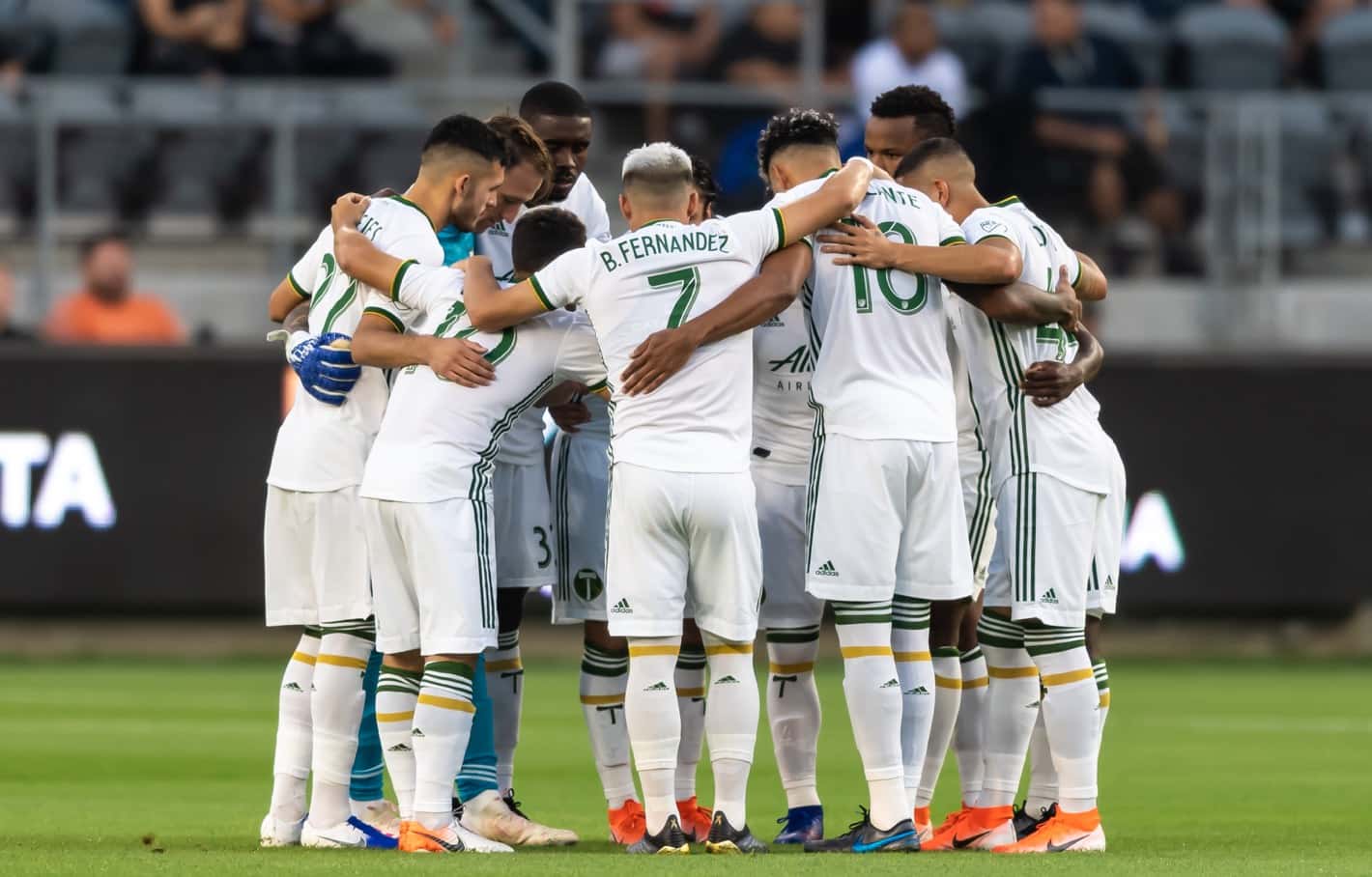 “I think it’s going to be a challenge for us similar to a lot of the star-studded teams we’ve faced so far. Our team will be ready,” said 22-year-old U.S. international striker Jeremy Ebobisse, who’s forced his way into Savarese’s regular Timber’s starting line-up and scored a late winner that sent LAFC out in the Quarters. “We’ll look at the film and have the right amount of respect. Not too much respect – but we won’t be caught off guard.”

Both Semifinals promise to be spectacles for the neutrals as a local rivalry and clash of styles rule the day in the 2019 U.S. Open Cup’s Last Four. The winners will move on to contest a one-off Final on August 27 in either Atlanta, Minnesota or Orlando (depending on results).